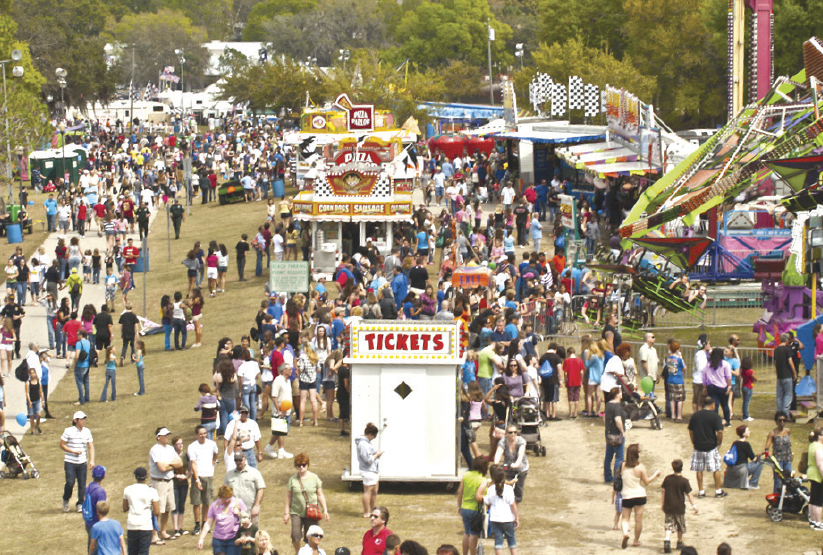 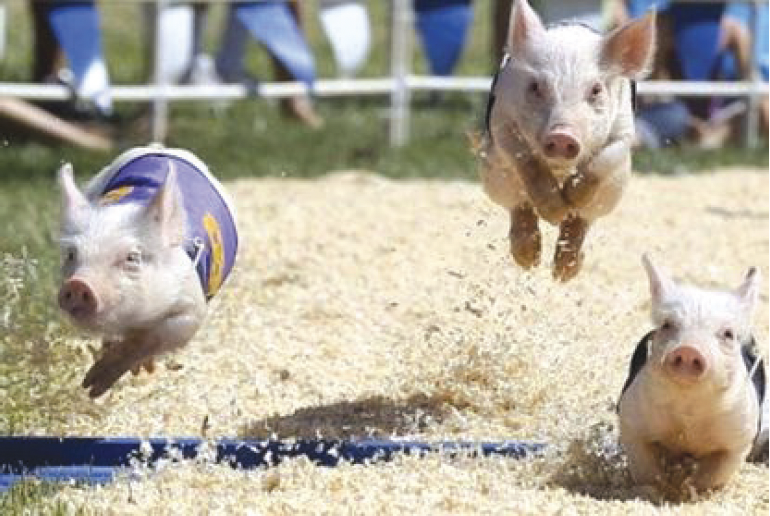 It is said that attendees at Pig on the Pond go “hog wild” during one of the most popular events, pig races. Little wonder, considering many fairgoers have been “bacon” in the sun.

It is said that attendees at Pig on the Pond go “hog wild” during one of the most popular events, pig races. Little wonder, considering many fairgoers have been “bacon” in the sun.

Pig on the Pond is back!

After a year’s hiatus brought about by the COVID-19 pandemic, Pig on the Pond Community Festival — presented by Advent Health and the City of Clermont — returns to Waterfront Park Oct. 15-17.

Voted one of the most popular in central Florida, the three-day festival will be featuring a carnival, barbecue, live music, Kids Zone, racing pigs, games, fireworks and more.

“We wanted to ensure that it was packed with fun, because we think the community is ready to celebrate,” Rountree said.

Who would have imagined a one-day BBQ competition would grow and become known as Pig on the Pond — one of central Florida’s premier events?

It was started by Cheryl Fishel as a way to raise scholarship money to enable a student in need to attend college.

Eventually, it evolved into Pig on the Pond because the BBQ competition was held at Lake Minneola.

For many years it was a sanctioned event, according to Doris Bloodworth, who is handling public information for the organization. However, the competition was overshadowing the purpose of the event, the scholarship itself, and discontinued.

“We’re bringing it back this year, but it will be a People’s Choice competition,” said Bloodsworth.

The first years of the scholarship, a student in need was selected and awarded a scholarship. He or she then received a lesser amount the second year of college.

She added that the ultimate goal is for Project Scholars, a nonprofit (c) (3) organization, is establishing an endowment fund to further fund the scholarships.

“She really helped start it,” said Bloodsworth. “She was an amazing woman.” Even in her passing, Bloodsworth was in marvel of Fishel’s passion and drive. “You didn’t say no to her.”

Sadly, Fishel, passed away July 2020 from leukemia. Bloodworth said that Fishel had not been feeling well in the months leading up to the March 2019 festival, and after going to the Mayo Clinic’s Jacksonville facility was diagnosed with advanced leukemia.

Again, because of the pandemic, it was not possible to pay proper tribute to Fishel until now.

“At 2:30 p.m., Saturday (Oct. 16), there will be a ceremony honoring her, with a butterfly release,” Bloodsworth said. “We’re really dedicating this year to her.”

There will also be a new addition to the ceremony and presentation. Of the four students selected as scholarship recipients, the student who is deemed to have done the most in service to the community will receive the Cheryl Fishel Plaque.

In addition to the standard fare people have come to expect, among the new activities and attractions will be:

• A new, larger carnival rated No. 1 in America.

• Barbecue contest, back by popular demand.

Returning to help kick off the event on Oct. 15 will be the popular Chili Cook-Off.

On Oct. 17, the Junior Grillmasters Competition takes place. The competition will be open to middle-school and high school students who want to test their grilling skills cooking chicken and steak. Participants get to keep their grill and compete for prizes. Applications and instructions for both competitions can be downloaded at www.pigonthepond.org.

The festival features non-stop entertainment throughout the three-day event, including a variety of musical acts playing everything from country music to pop to classic rock. The event includes festival food, a barbecue row, dozens of vendors with games and activities, a race car, boats, helicopter and more.

Tickets are $5 for adults and $3 for children. Sunday, Oct. 17 is Kids and Seniors Discount Day when children and 65-plus seniors are admitted for $2.

To date, Pig on the Pond has funded more than $400,000 in scholarships benefiting more than 300 students.

More details and competition applications are available at www.pigonthepond.org.