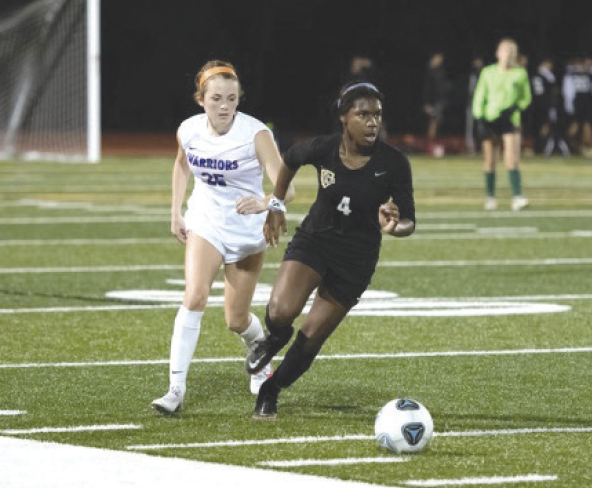 Cayla Jackson during a game versus West Orange High. 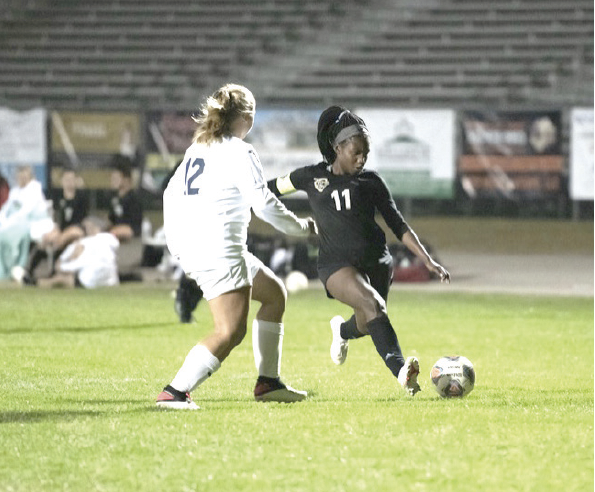 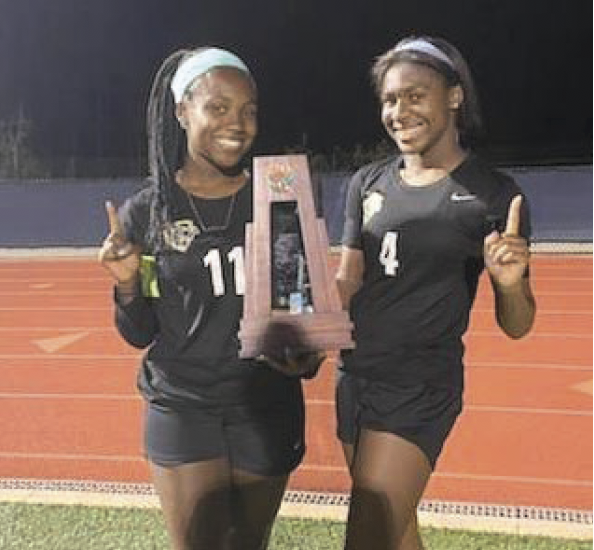 Cayla Jackson during a game versus West Orange High.

East Ridge High School Lady Knights’ varsity soccer team enjoyed a record-setting year. The team won the District Championship for the first time in the school’s history and made it to round eight of the state playoffs.

For sisters and teammates Cayla and Cydnie Jackson, this soccer season held special meaning. For freshman Cayla and senior Cydnie, this was the only year the sisters could play on the same team. This opportunity meant so much that Cayla turned down the chance to attend IMG Academy in Bradenton.

“I enjoyed playing with my sister. My only struggle is that we play two different types of soccer and it was hard at the beginning to blend them together, but I think we did well,” Cayla said.

This season wasn’t without its triumphs and challenges. Cydnie tore her ACL during the District Championship.

“I was more upset that I couldn’t get back in the game,” Cydnie said. She’s hopeful that her rehabilitation treatments will get her back better than ever before.

Cydnie and Cayla racked up many post-season accolades.

Cydnie broke the school’s goal record with 34 goals and a career total of 119. She won East Ridge’s Female Athlete of the Year and was the MVP for the girls’ varsity soccer team. She was also named Lake County Schools’ Offensive Player of the Year and part of the all-area team.

Cayla was named the girls’ soccer Rookie of the Year and made Lake County’s all-area team. She was also invited to join the U16 Youth National Team for 2021.

The sisters also play for several area soccer clubs. By playing for clubs like Florida Rush and Tampa Bay United, the girls have traveled the country to play in games and tournaments.

The Jackson sisters are making their marks off the soccer field, as well. Cydnie participates in East Ridge’s athletic trainer program and Cayla served as the school’s freshman class president this year.

The girls are also active community members, volunteering with the African American Chamber of Commerce and the Central Florida Diaper Bank.

After graduating in May, Cydnie will attend Queens University of Charlotte with a soccer scholarship. She plans to take part in a five-year program and graduate with a master’s degree in occupational therapy.

Cayla desires to keep playing soccer throughout high school and play in college, like her sister. She aspires to go pro or become a lawyer.

“The confidence they’ve always had led them to be successful on the field and in the classroom and in other avenues of their life,” said Cedric Jackson, the girls’ father.

Their mother, Sheena Jackson, attributes their success to their strong faith. “If it weren’t for God, they wouldn’t have this talent,” she said.

She also recognizes the trials the girls face.

“As a parent, you want to protect your kids. They’ve been called out because of their skin color. It’s been a good way to face adversity and to know that God is always going to be their protector and help them stay grounded,” she said.

The Jacksons expressed their gratitude to the great coaches the girls had over the years, namely, Chirs Dris of Tampa Bay United, Alvin Alexander of Florida Rush, trainer Derrick Smith and Leon Florez of East Ridge.

For Cydnie, her passion for the game is about creating a level playing field.

“Guys tend to make girls think that they’re not as strong or as capable as them, but soccer is one of those games where we can accomplish the same things,” she said. “It’s a universal sport and everyone loves it.”

The Southern on 8th Kitchen & Bar