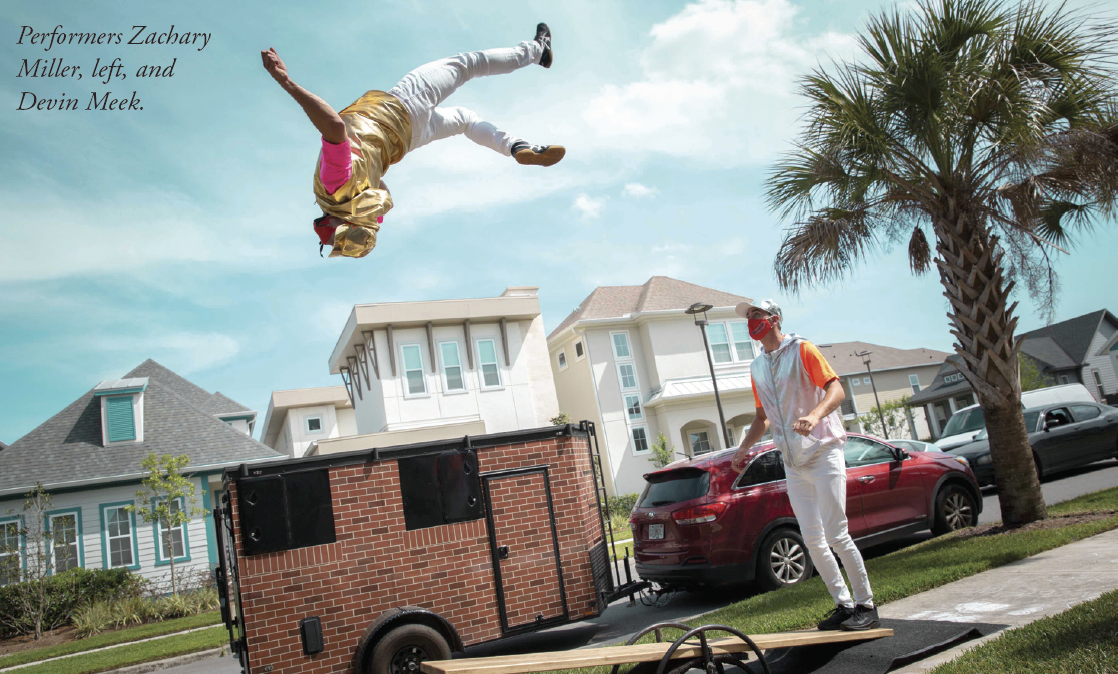 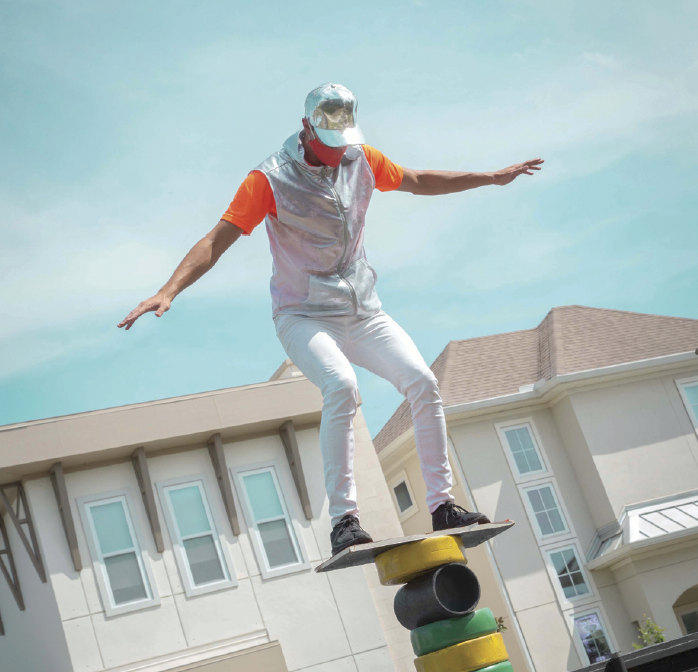 When some Disney stuntmen were laid off last December, they weren’t ready to stop performing. Instead, they formed their own troupe and hit the road, literally.

“The first show was a smaller show for a mom and her two sons. It was a surprise for them, and they were super-amazed with what showed up at their door,” said performer Zachary Miller. “The second show was for about 20 people (they invited all their neighbors). The kids had a blast. They enjoyed watching me spin in a giant wheel, stand on a cylinder 10 feet in the air, and then doing a handstand on a chair over 15 feet in the air.”

In addition, audience members had opportunity to take part in a short class on the basics of being an acrobat.

The Curbside Circus offers 30-minute shows by one to two performers that can be viewed from front porches or driveways. They will drive to people’s homes in the greater Orlando area and as far as Clermont, Groveland and Minneola.

Team members are Miller, Csaba Szilagyi, Alexander Wiggins, Dylan Worley, Ian Henry and Devin Meek, who have been performing together for the last three years at area theme parks.

“We decided to launch Curbside Circus so that we could deliver the same magic and excitement we provide in the theme parks straight to the customer,” Miller said. “With our business model, we are able to bring over-the-top acrobatics for an affordable price to house parties. This is something that hasn’t been done before, and we are excited to see the smiles!”

The Southern on 8th Kitchen & Bar