A family of lemurs huddle around for some quality time. 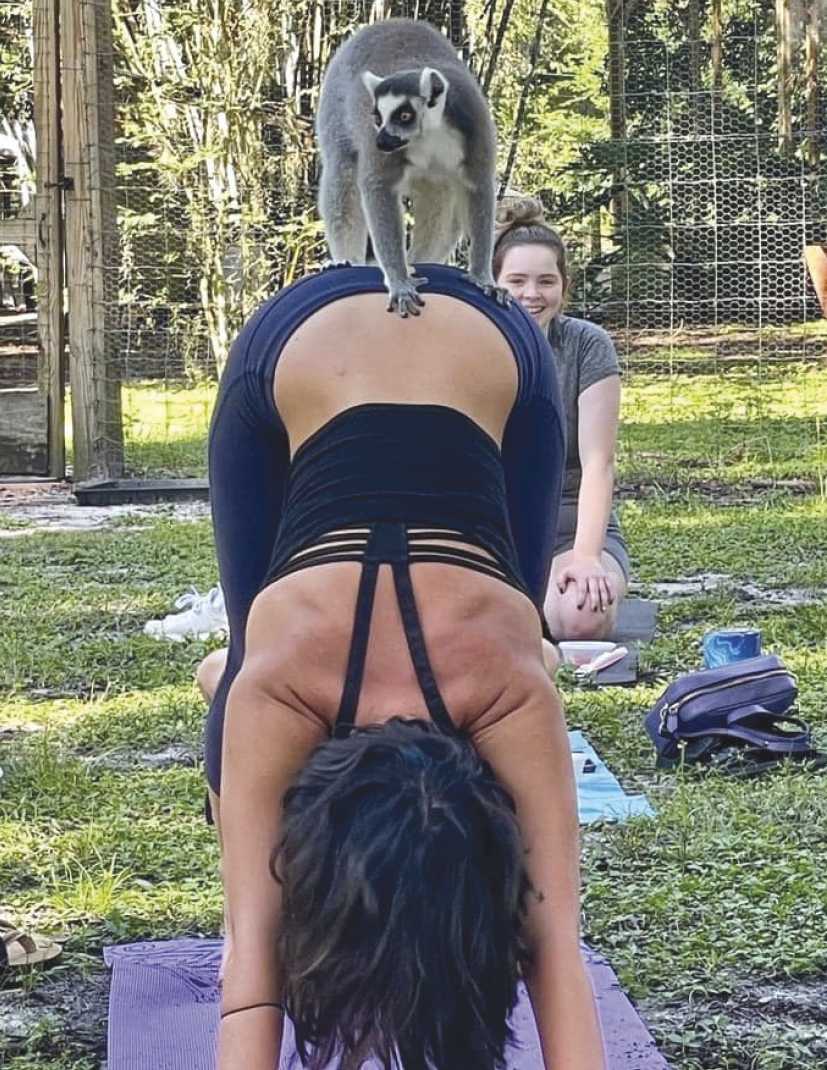 Goats beware! A lemur joins a guest in doing some ‘relaxing’ yoga exercise. 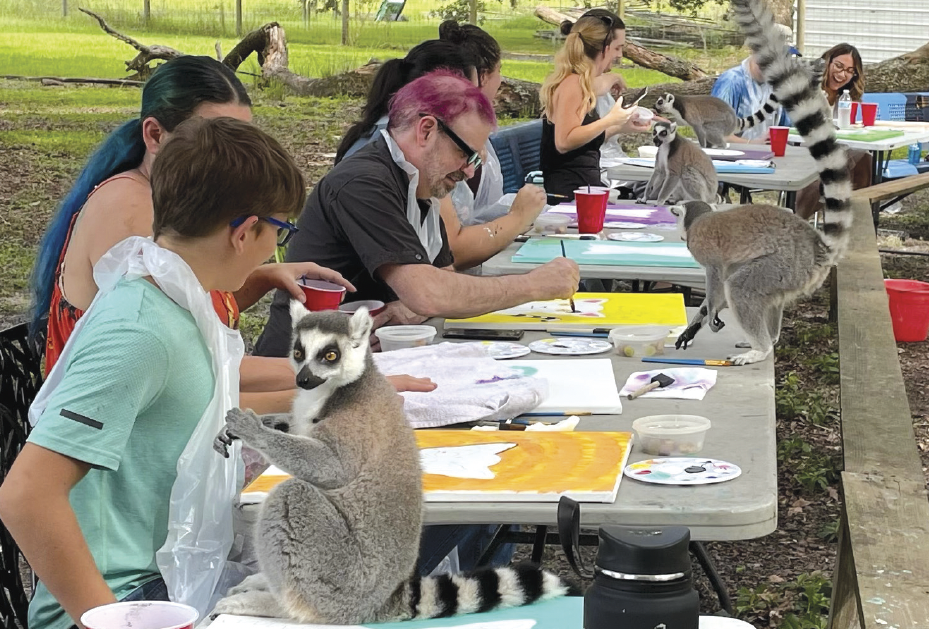 A family of lemurs huddle around for some quality time.

Goats beware! A lemur joins a guest in doing some ‘relaxing’ yoga exercise.

An adventure is about to begin while traveling on the dirt road to Chase Animal Rescue and Sanctuary, in Webster.

Chase Sanctuary had its start approximately 14 years ago when Donna and Nina Vassallo first bought the property. At the time they noticed abandoned hound dogs and feral cats roamed around the property. One by one, Nina helped found homes for those animals. Doing so, she gained a reputation for helping animals out.

Eventually, other species of animals arrived, such as parrots, toucans, deer, guinea pigs, you name it. They have a home at Chase Sanctuary

THEN CAME THE LEMURS

Tracy was owned by a woman who raised her as a pet. About 10 years ago Tracy’s owner retired and wanted to travel. She was told to put Tracy down because Tracy might not adapt to such a large change. She loved Tracy and wanted the best for her. Following a search she found the sanctuary and helped Tracy settle in with frequent visits. From there, word spread and other lemurs were taken in.

Tracy is a common brown lemur, and quite possibly the oldest lemur in the world, at age 40-plus. years young. She was the first-ever lemur in the Vassallo’s care and through her they learned all about the specie’s fate.

Due to deforestation and hunting, lemurs have become an endangered species. The rampant pet trade doesn’t help their situation either. When female lemurs have given birth in the pet trade, they are immediately separated from their young, causing trauma and stress on the new mother and babies.

Unfortunately, many people trade and sell lemurs as pets in the states, which causes the lemurs to become aggressive over time.

“Don’t get them as pets. Be more conscious of what’s happening to the planet and the environment,” said Nina. “These animals have just as much a right to be here as we do.”

The Vasallo’s number one wish is to completely abolish the pet trade. In the meantime, the Vasallos have adopted lemurs and have given them a safe place to live out the rest of their lives.

(As for Tracy, who once was the matriarch, she currently is in her own enclosure, for her safety and protection. The decision to provide Tracy her own private enclosure stems from the fact that as she aged, other lemurs began challenging her for a stronger role. Also due to her age, inside her enclosure are swings and obstacles closer to the ground, to lessen the chance of injury. However, as her enclosure is next to the sanctuary kitchen, she now “supervises” meals for other animals.)

Those who have booked a private tour can enter some enclosures and directly interact with the lemurs. Although some may argue that these interactions don’t help the lemurs, the Vassallos and the World Association for Zoos and Aquariums beg to differ.

Lemurs actually receive many benefits from interacting with humans. In fact, it’s part of their enrichment program.

In addition to private tours, you can also interact with the primates during the sanctuary’s Painting with Lemurs, or Lemur Yoga events.

“I love that I get to work with these exotic animals, and also express my creativity with the canvases each week,” said Aaren Stevenson, the Painting with Primates supervisor. “I enjoy watching the guests interact with the lemurs and other animals we have here. I le the guests be as creative as they can be and I love seeing the final result of each canvas.”

The same holds true as far as yoga goes. It’s a regular class with some rambunctious guests. Some lemurs will even climb on backs to really turn yoga into a workout.

“Every lemur yoga class I teach at Chase Animal Rescue gives me the opportunity to see that light radiating from within the students; not only as they move, breathe and connect within themselves through the yoga postures, but also as they joyfully connect and interact with the lemurs,” said yoga instructor Penny Amann.

HOW YOU CAN HELP

“I don’t think I knew exactly where this was going to go. It’s grown very organically, and it evolves. We never had a concrete plan,” Nina said. “Five years ago, I would’ve never thought of painting with primates or lemurs and yoga!”

Although painting with Lemurs or doing a downward-facing dog yoga position while a lemur hops on your back may be fun, it takes a lot of care and finances to care for these animals.

Just recently, the sanctuary lost its primary produce donator. They are looking for someone to fill that spot.