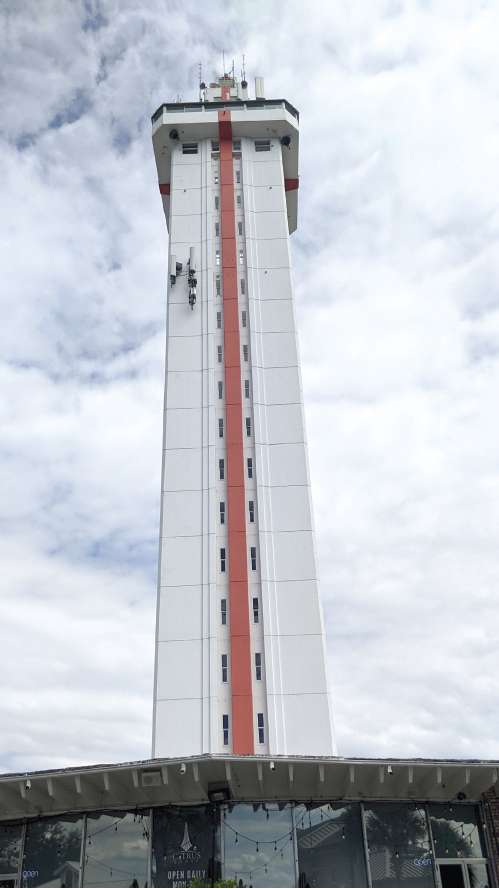 When traveling northbound on U.S. 27, the Citrus Tower comes into view shortly past the overpass above State Road 50. 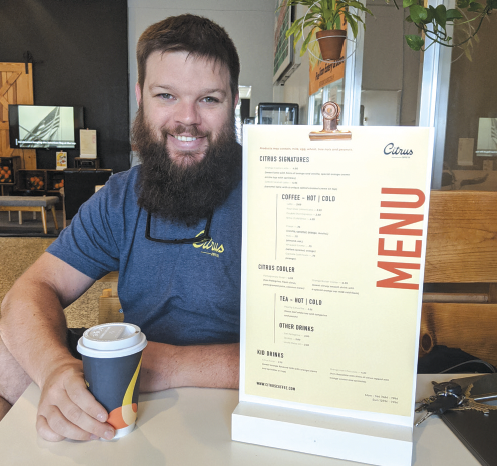 At the suggestion of his wife, along with approval and support of extended family members, Scott Homan took over operations of the Citrus Tower three years ago from his father, Greg, who purchased the tower in 1995. Since taking over, Scott Homan has instituted a number of changes and additions. 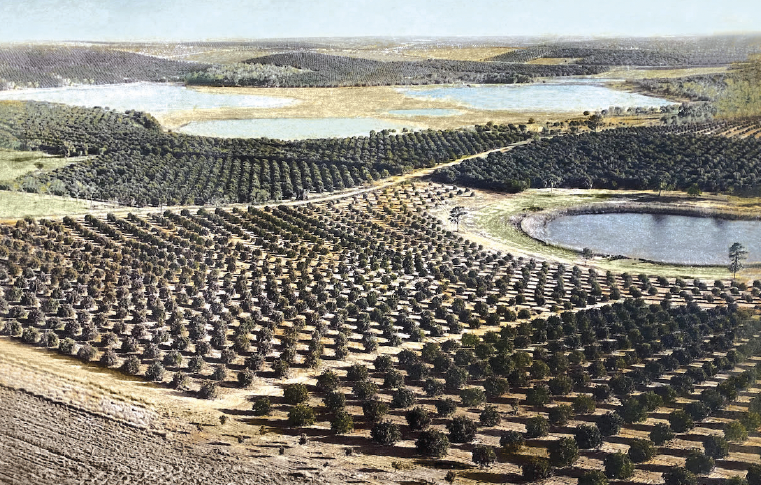 There was almost nothing but lakes and orange groves to be seen from this photo taken from the observation tower (circa 1956).

When traveling northbound on U.S. 27, the Citrus Tower comes into view shortly past the overpass above State Road 50.

At the suggestion of his wife, along with approval and support of extended family members, Scott Homan took over operations of the Citrus Tower three years ago from his father, Greg, who purchased the tower in 1995. Since taking over, Scott Homan has instituted a number of changes and additions.

There was almost nothing but lakes and orange groves to be seen from this photo taken from the observation tower (circa 1956).

For many who live in and around Clermont, Minneola and the rest of (mostly) south Lake County, as well as those who traverse U.S. 27 — both commuters and those simply driving through to another destination — the Citrus Tower is a given. After all, it would be next to impossible to miss seeing a structure that pierces 226 feet into the sky from the highest point in Lake County.

While many might know of its history, the tower has seen both boom times and periods of struggle. Now, with one member of the next generation of the current owner at the helm, a renaissance has been underway the past three years, one that combines two aspects.

Leading the charge is Scott Homan, in whose hands the reins overseeing the operations of the tower were placed by his father, Greg, who purchased the facility in 1995. Taking over, Homan said, was almost serendipitous.

“My wife Heather said wouldn’t it be interesting if we took over,” Homan said. In consulting with family, everyone urged he and his wife to do just that. However, Homan was determined to do more than just take over day-to-day operations.

“We have two objectives,” said Homan. “We want to be known as a community space and do so in a way that respects history.”

For those who may not know, the tower was completed in July 1956. Its purpose, as expressed in newspaper articles dating back to that time, was to highlight the state’s booming citrus industry.

It was one of three attractions people outside of Florida were aware existed in that region; the other two being Cypress Gardens, in Winter Haven, and Silver Springs and its glass bottom boats.

(Incidentally, there are a total of three towers in central Florida, the others being Bok Tower in Lake Wales, and Lake Placid Tower, in Sebring; sadly, the one in Sebring is closed.)

In its heyday, the Citrus Tower drew as many as 500,000 visitors per year, in great measure due to its location on U.S. 27. That changed in the mid-1960s as an extension of the Florida Turnpike was completed and routed traffic away. Attendance began to decline.

The completion and opening of Disney World in 1971, as well as the construction of the subsequent attractions added to much of south Lake County begining its conversion from agriculture and evolving into suburban bedroom communities of Orlando.

But those two above factors were not the only ones contributing to the further decline. Three harsh freezes in the 1980s — 1983, 1985 and 1989 — decimated the citrus industry, which in turn led to further drops in attendance. Looking out upon a “sea of citrus groves” was more compelling than looking at 360 degrees of housing developments.

Although attendance today is but a shadow of what it once was, it still is impressive, according to Homan. Many of those, he said, visit the tower as part of a nostalgic trip back in time. But its appeal today is oriented to both those who visited Citrus Tower in the 1950s, 60s and 70s, as well as today’s up and coming generations.

“We want to make sure their visit is memorable,” he said. “When tourists come in, we want them to enjoy their experience.”

Whether having visited Citrus Tower in decades prior, or if for the first time, tourists are greeted by a lobby filled with both memorabilia and current amenities. In addition to actual memorabilia and some reproductions, an in-house video plays, detailing the history of Citrus Tower.

A coffee house, originally run by a tenant who “folded the tent” when the brunt of COVID-19 shut down nearly everything deemed not essential, it now is operated by Homan. But it’s more than just coffee.

“It’s a full rebrand,” he said. In keeping with the citrus theme, Homan has, with others, custom developed distinct flavors, such as a flavor that isn’t even coffee: Orange butter crème. “When tourists come, they get to taste something citrusy.”

Also, local in-house artwork adorns the reception area, which eventually leads to the elevator that takes people to the observation tower.

One thing Homan is particularly excited about is a new restaurant inside the Citrus Tower that will be serving authentic Puerto Rican dishes is about to debut.

Homan chuckled about how that all came about, which he considered “providence-directed.”

It was only two days back from a vacation stay in San Juan, Puerto Rico he and his wife had taken when he received a phone call from the people who will be operating the restaurant, inquiring about its availability. They were looking for a site where they could prepare and present their authentic cuisine.

Starting Thanksgiving and lasting through to New Year’s Day, is a special time at Citrus Tower. It’s also a way to reintegrate itself back into the surrounding immediate communities of Minneola and Clermont, said Homan.

The tower is decorated with holiday lights that run up and down the building to the beat of music, creating a light show.

It is all part of the effort to reach into the communities that he strives toward accomplishing. It appears to be paying off.

In the past there was a snow machine, to create a sort of norther winter “Christmas-y feel” to the holiday season. Homan is still mulling the possibility of doing so this upcoming season.

One thing he definitely is doing is making it safer. Rather than tie up traffic on U.S. 27 and run the risk of causing automobile accidents, the lights will be hung on the backside of the tower. This will allow people to pull off the highway and into the parking lot of Citrus Tower. He believes by doing so it will be more of an immersive experience for those attracted by the lights and synchronized music and light show.

REACHING FURTHER INTO THE COMMUNITY

It probably is a “too well-kept secret,” but there is space for meetings and other small activities, and the price is reasonable.

“For $5 an hour, anybody can rent space here at Citrus Tower,” said Homan. “My long-term goal is to team up with other businesses.”

There also is space opening up in which Homan would like a partner to join in and help develop.

The Citrus Tower is open seven days a week except Thanksgiving and Christmas.

Construction began in 1955, funded by a public sale of stock in the project, conceived by A.W. Thacker and Jack Toole "to showcase the thriving citrus industry," Orlando Weekly wrote in 2005. The project eventually consumed 5 million pounds (2,300 t) of concrete and 149,000 pounds (68 t) of reinforcing steel.

The tower opened on July 14, 1956, with representatives from Silver Springs and Cypress Gardens in attendance.

In 1988, a tram was built to offer visitors tours of various remaining citrus crops.

Since its opening, the tower has been sold several times the latest purchase was in 1995 by Greg Homan. (Sources: www.Citrus Tower.com, Wikipedia, tripadvisor, www.florida-backroads-travel.com)