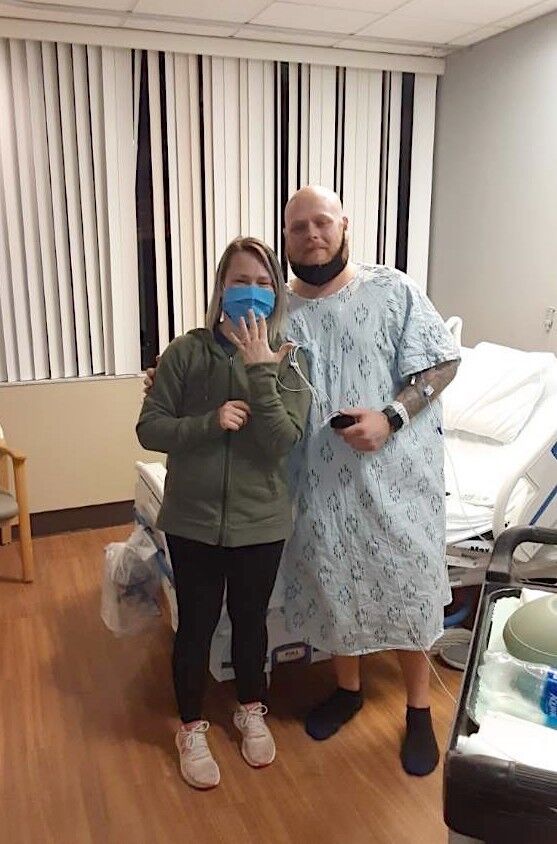 Keith Baon wasn’t going to let being in the hospital stop him from proposing to his girlfriend, Stacey Szczudlo. 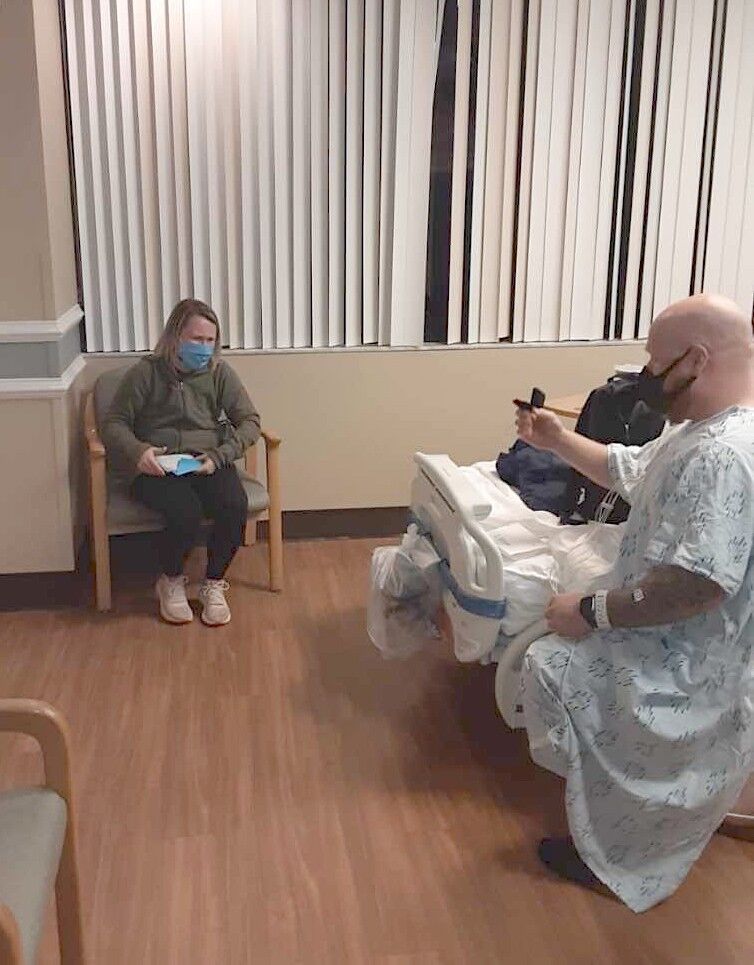 She said "yes!" Stacey Szczudlo said the location didn’t matter, she would have said yes no matter where boyfriend Keith Baon proposed — even at AdventHealth Heart of Florida Hospital.

Keith Baon wasn’t going to let being in the hospital stop him from proposing to his girlfriend, Stacey Szczudlo.

She said "yes!" Stacey Szczudlo said the location didn’t matter, she would have said yes no matter where boyfriend Keith Baon proposed — even at AdventHealth Heart of Florida Hospital.

HAINES CITY — Keith Baon planned a romantic trip to Orlando for his girlfriend.

What he didn’t plan was a trip to the hospital for chest pain.

Baon, 36, and his girlfriend, Stacey Szczudlo, 36, from the Cleveland area, had only been in the state for a day when he was rushed to the AdventHealth Four Corners ER. He was then transferred and admitted to AdventHealth Heart of Florida.

“He was very upset,’’ said Jason Alicea, a senior nurse manager in the Heart of Florida emergency room. “I thought he was just worried, but then he told me he had planned this special trip to Florida to propose to his girlfriend.’’

The day was very special to Szczudlo, whom he had been dating for almost two years.

“Her father died five years ago and yesterday was his birthday and I wanted to propose on his birthday, so he was sort of a part of it,’’ Baon said.

So, in his hospital gown, hooked up to monitors and an IV, Baon got down on one knee and proposed. Hospital staff were on hand just in case.

“Apparently, I’m a heartthrob,’’ Szczudlo said as she joked about the proposal’s location.

She said it wouldn’t have mattered if he had proposed in the parking lot or in his hospital room, the answer would have been the same.

“He’s my best friend. I am a breast cancer survivor and he was with me through that and has seen me bald — so we’ll get through this, too,’’ she said.

Hospital staff decided the couple needed some more help in celebrating their big day. Alicea and nursing supervisor Olga Diaz, worked out a plan with the hospital’s chef to make the couple a special celebratory dinner.

“I love this place,’’ Baon said. “Everyone here and at the other hospital have just been great.’’

“Everyone was so wonderful,’’ she said. “There were a lot of tears, but they were all happy tears.’’

Baon was released from the hospital and the couple resumed their romantic weekend complete with a special dinner Szczudlo planned for her fiancé at Disney Springs.