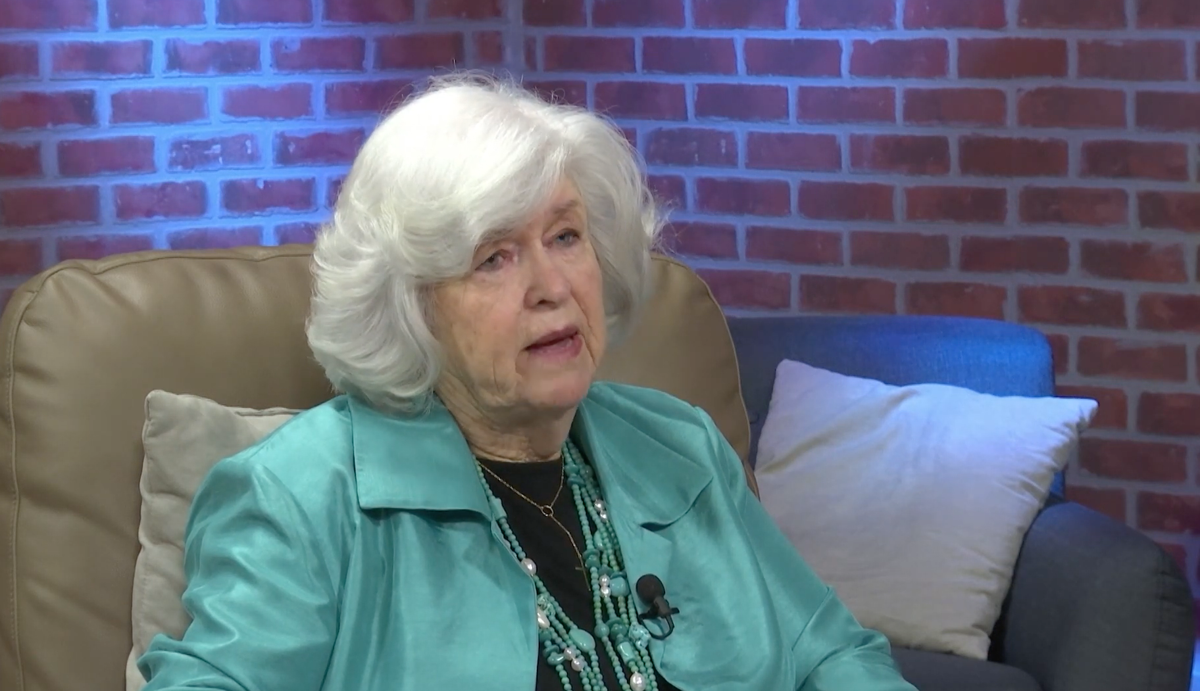 Harriet Rewis Rust has lived in the Davenport area for most of her life and has been heavily involved in the community over the years. 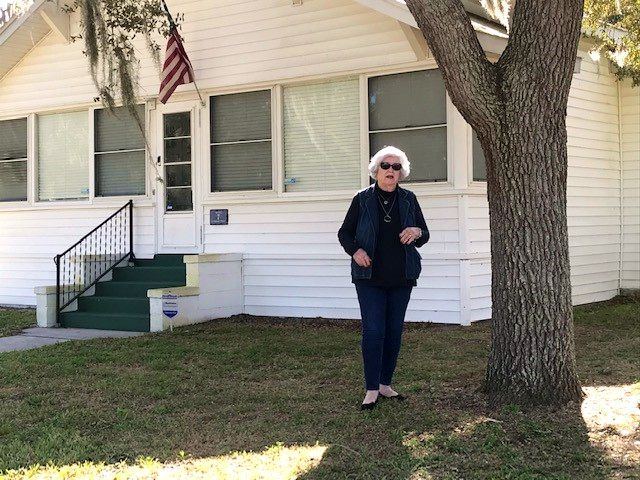 Harriet Rewis Rust poses out front of her childhood home on Dec. 30, 2020. The house at 7 East Orange Street in Davenport turns 100 this year, Rewis Rust said after being recognized as one of the 2020 Polk Pioneers recently.

Harriet Rewis Rust has lived in the Davenport area for most of her life and has been heavily involved in the community over the years.

Harriet Rewis Rust poses out front of her childhood home on Dec. 30, 2020. The house at 7 East Orange Street in Davenport turns 100 this year, Rewis Rust said after being recognized as one of the 2020 Polk Pioneers recently.

Harriet Rewis Rust was recognized as one of five 2020 Polk Pioneers during a recent virtual ceremony.

Polk Pioneers are recognized for lifetime achievement, being a resident of Polk County for at least 50 years and being at least 75 years old. The Polk County Historical Association has been recognizing county leaders such as Rewis Rust since 1975.

Normally, PCHA members announce the winners during their Annual Pioneer Luncheon, held on the third Thursday of June at the Bartow Civic Center. This year, a virtual ceremony was broadcast on PGTV Dec. 16.

Aside from a few years at university and a few years globetrotting as the wife of a United States Marine, Rewis Rust, 79, has spent her entire life in the Davenport area.

Her great great uncle settled near Horse Creek, about a mile-and-a-half north of the downtown area, in 1885. That man's sister was the maternal great great grandmother of Harriet Rewis Rust – a woman who settled near her brother in 1897.

Her paternal grandparents originally settled in Osceola County, but after getting married in 1910, the newlyweds moved into a house on Lake St. Charles, close to where AdventHealth Heart of Florida Hospital is located now.

Rewis Rust lived with her parents and grandparents on Lake St. Charles up until the age of 5. The family made their marks in the bee keeping, cattle and citrus industries.

Using trees from the Lake St. Charles property, her grandfather built a home downtown at 7 East Orange Street in 1921.

The restored house is now owned by another family. The house turns 100 this year.

“Four generations of my family lived in the house,” Rewis Rust said. “I lived there until I was married at 21 years of age.”

Rewis Rust has dedicated much of her adult years as a member of the Davenport Historical Society.

Over the last few years, Rewis Rust and others were instrumental in pushing to restore Davenport Elementary. Up until this past summer, the school she used to walk to sat closed and fenced off for around a decade.

A few months ago Davenport Historical Society secretary Judith Thompson told the Sun that she and her fellow society members lobbied to have the school brought back to life for years. Thompson said Harriet Rewis Rust led much of that effort.

“Now that we have gotten older, we realize what we had,” Rust said in a PCPS video posted online.

In addition to this effort, the Davenport City Commission and Davenport City Manager Kelly Callihan were also a big part in pushing to get the historic school renovated.

As a result of a desire to restore the building and funding through the half cent sales tax benefiting Polk County Public Schools, Davenport Elementary got a $35.4 million facelift.

“The collaborative efforts of the Historical Society of Davenport, the City of Davenport as well as the Polk County School Board have allowed this project to be one of the most anticipated events in Northeast Polk County in a good while,” Brown wrote on the school website in August. “We are very excited to welcome our Davenport Dolphin families.”