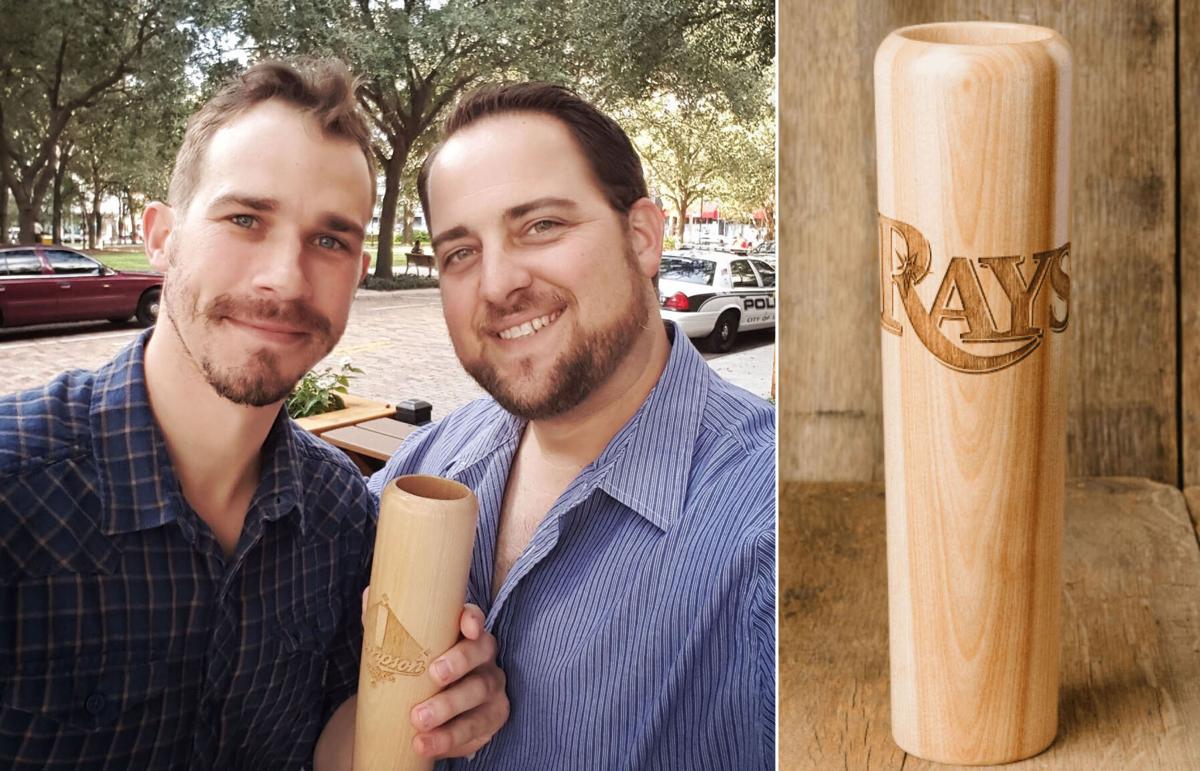 Dugout Mugs partners Randall Thompson and Kris Dehnert, from left in main image, have overseen the rapid growth and popularity of their product — a drinking mug carved from a baseball bat. Dugout Mugs can be engraved with the logo of the favorite Major League Baseball team of the recipient. 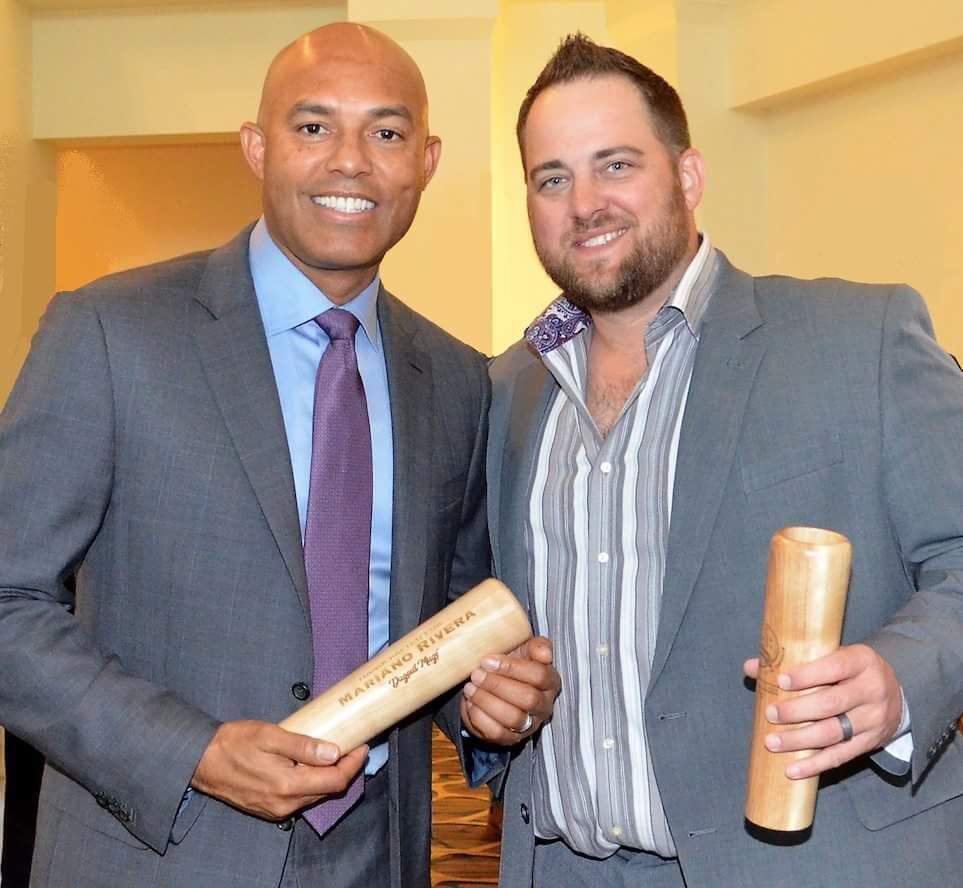 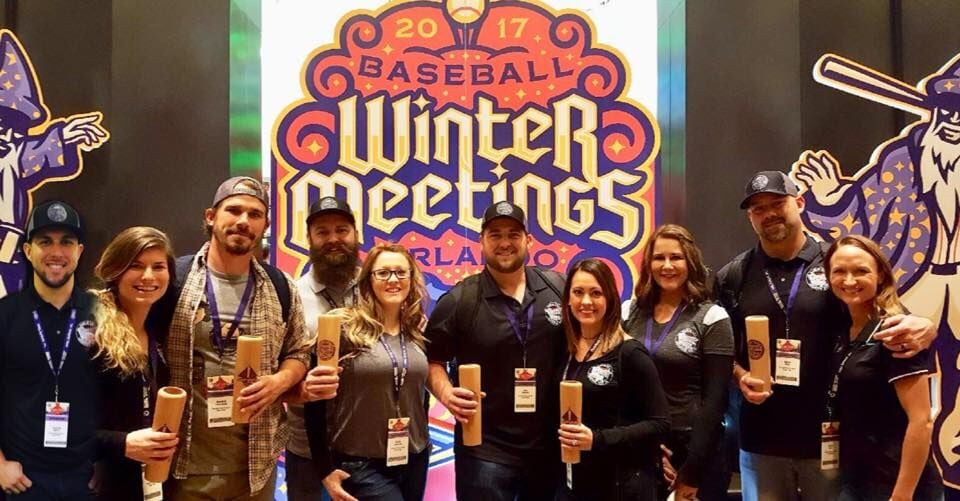 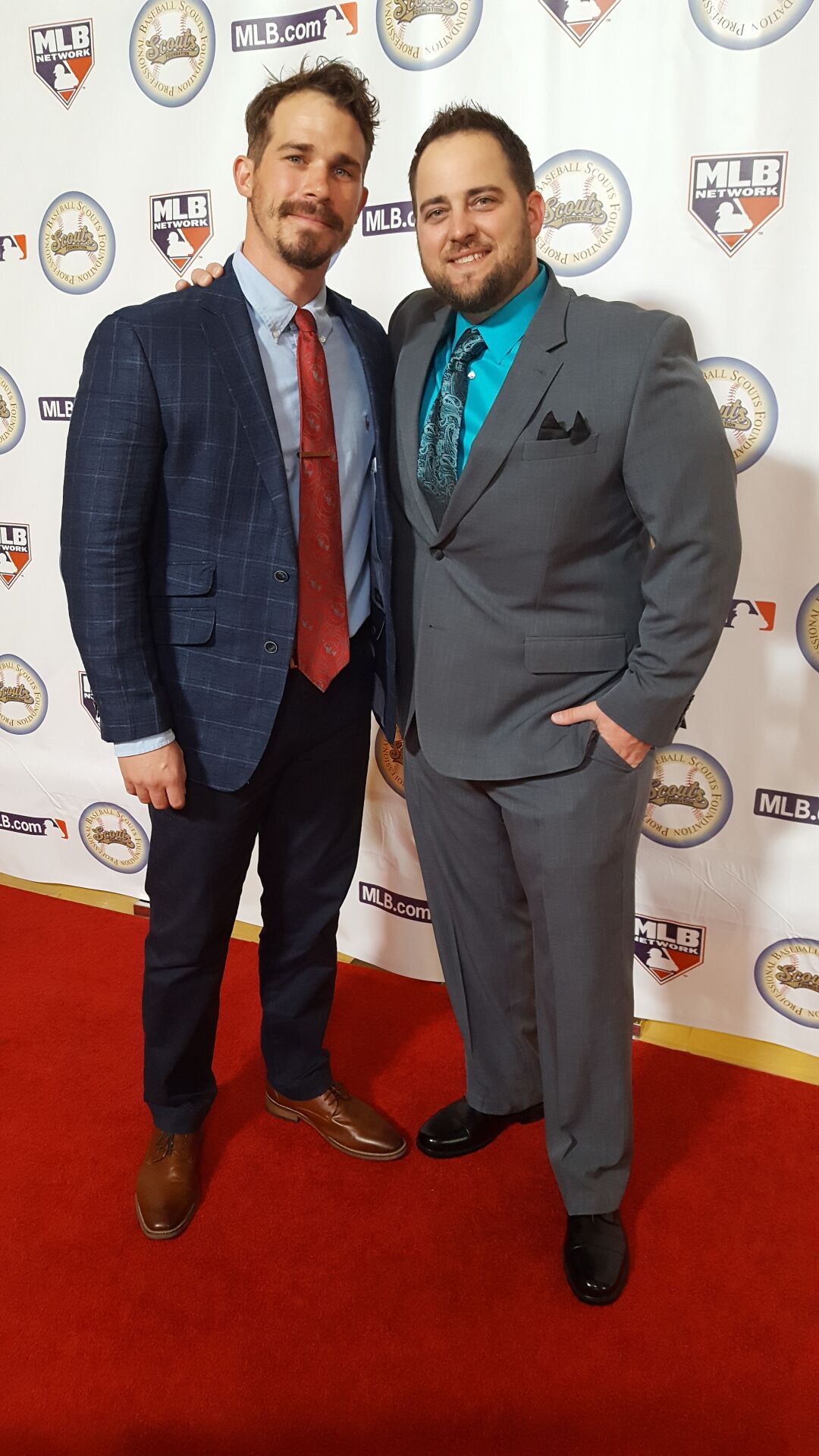 Dugout Mugs partners Randall Thompson and Kris Dehnert, from left in main image, have overseen the rapid growth and popularity of their product — a drinking mug carved from a baseball bat. Dugout Mugs can be engraved with the logo of the favorite Major League Baseball team of the recipient.

Given the success of the Lake Region High grad’s latest business venture, it seems an appropriate moniker.

Major League Baseball returns this week with games beginning Thursday, meaning that fans near and far will finally get their fill of the game they love after a lengthy delay.

Despite the game’s prolonged absence, Dugout Mugs — a Polk-based startup that sells drinking mugs carved from baseball bats — has thrived.

Dehnert is the CEO and partner for Dugout Mugs, which currently operates out of a facility on Recker Highway. He is charged with growing — through networking, branding and social media, among other avenues — the product that is the brainchild of Randall Thompson, the company’s president and founder.

“We’re a baseball company that flourished in a baseball-less world,” Dehnert said, reflecting on the past few months since the pandemic took hold. “It’s probably one of the most well-received products I’ve been a part of. ... It’s just so unique and it’s well-received by anybody.”

Both Dehnert and Thompson credit the product’s unique nature as a gift — customers can have branding for their favorite MLB team or other designs carved into the mugs — and the holidays of Mother’s Day and Father’s Day as drivers of sales so far in 2020.

Now, with baseball set to return, they see no reason to let up, either.

Dugout Mugs was conceived by Thompson, a native of the Orlando area and graduate of Winter Park High School, when — after his own collegiate and professional playing career had concluded — he was working as an assistant coach for the Florida Tech baseball program in 2014.

One day, the hitting coach was doing a demonstration and, as part of that, he cut the top of a bat. Thompson, looking at the barrel with its end sawed off, had the epiphany that one could drink out of a baseball bat.

That lightbulb moment led Thompson to eventually seek out and meet Dehnert in late 2016.

“I just came across (Dehnert) from a Facebook post,” Thompson recalls. “I Googled him and saw he’d sold a bunch of stuff online before and I was trying to learn as much as i could about selling stuff online.”

Dehnert is a Winter Haven native whose mom, Jan Lees, owns All About Fans and Lighting by Jan. He has an entrepreneurial spirit and, before collaborating with Thompson, had been involved in several business ventures including a restaurant and a successful online t-shirt sales startup.

Dehnert, who had experienced a life-threatening medical condition not long before the initial meeting with Thompson, saw this opportunity as just the right fit. After surviving his ordeal, he said he promised himself to look at his business ventures differently.

““That changes your perspective on things,” Dehnert said. “It sucked and, while I was (in the hospital), I kind of made some commitments to myself.”

After the two met in St. Petersburg that winter, things took off.

By the time Major League Baseball’s 2017 Winter Meetings were held in Orlando, the booth for Dugout Mugs was so busy that adjacent booths were thanking Thompson and Dehnert for the spillover business.

Dugout Mugs did $1.2 million in sales in 2017 and has doubled its sales each year since.

“I genuinely love the baseball community — I grew up in it,” Thompson said. “That’s not just something I say because I have a baseball product. To make something people connect over and makes them happy— especially in the (baseball) community — makes me feel good.”

Along the way, the company has transitioned from being based in Tampa/St. Petersburg to having its headquarters in a warehouse off Recker Highway. Both men touted the location of Polk — midway between two larger markets

The move helped to create a homecoming of sorts for Dehnert, who now lives in Lakeland with his family.

“I wanted to be back closer to family,” he said. “I get busy and (it’s nice) to have my kids able to have the grandparents able to come over.”

Dehnert has leaned on networking and his extensive background in social media to build the brand out such that Dugout Mugs currently has product collaborations with famous baseball players including Mariano Rivera and Pete Rose.

They’ve presented customized mugs to the likes of Ken Griffey Jr. and even Polk Sheriff Grady Judd has a Dugout Mug.

For the average customer, Dugout Mugs engraved with the branding of one’s favorite Major League Baseball team are the most popular exports from the company’s website — dugoutmugs.com.

Before the pandemic, the two business partners were traveling the country to promote the product. Even as the economic fallout of COVID-19 has brutalized many industries, Dugout Mugs has continued to see sales remain steady and grow.

All along the way, the two partners at the head of the startup have rubbed off on one another — whether that is Dehnert’s hustle for building the brand rubbing off on Thompson or Thompson’s ability to identify a healthy work-life balance rubbing off on Dehnert.

“(Thompson has) become a great businessman and he’s learned very quickly,” Dehnert said. “He’s taught me things, too — it’s not a one-way street. He’s kind of helped me relax and enjoy my time, as well.”

Professional baseball returns this week, and the duo and their 23 employees based in Winter Haven are excited to continue fulfilling orders for baseball fans who’d like to sip a beverage from a bat while watching their favorite team.

Even during MLB’s absence, Dugout Mugs has performed well enough to have to hire eight additional employees in the warehouse and two employees to help with external marketing.

There are more partnerships and collaborations to be had and more people to introduce the product to as the startup — which is still just four years old — looks to have its best year of sales yet.

And, for Thompson, whose original dream was always to make it as a professional ballplayer and as part of a team, the business and its success have become a unique way to still be part of a team and have a “clubhouse atmosphere.”