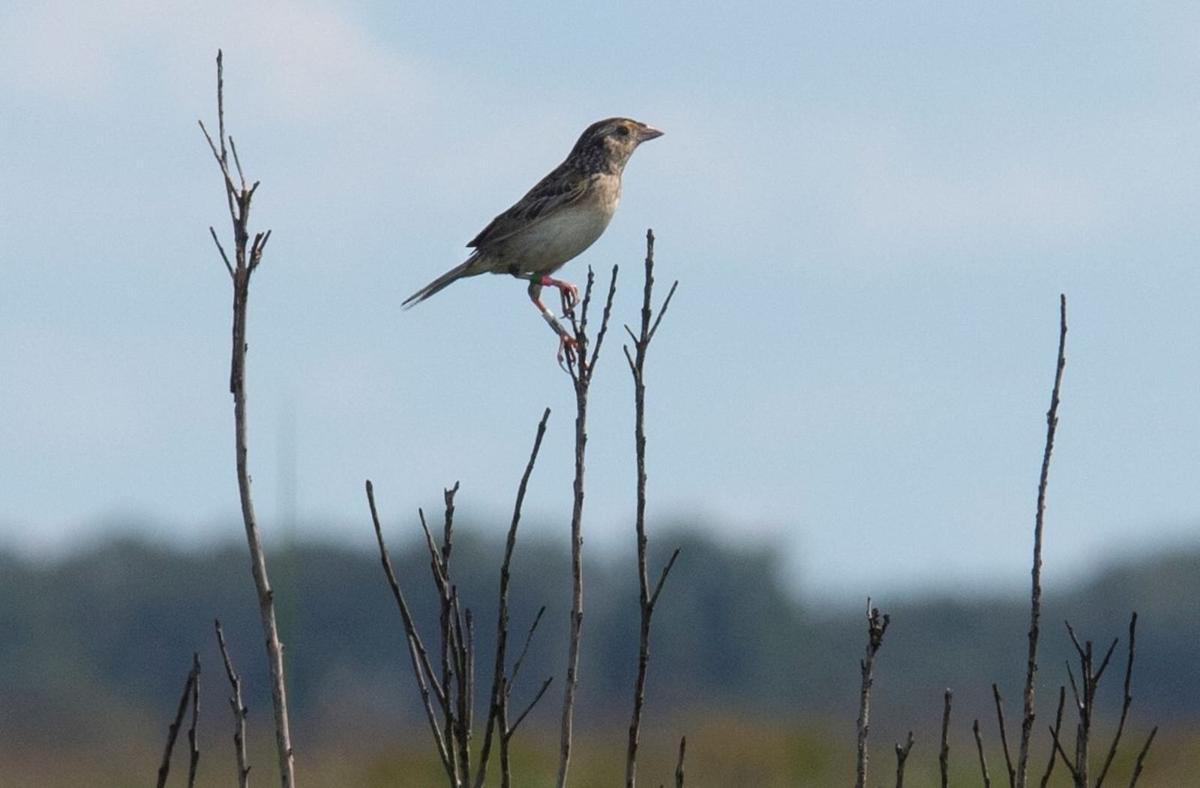 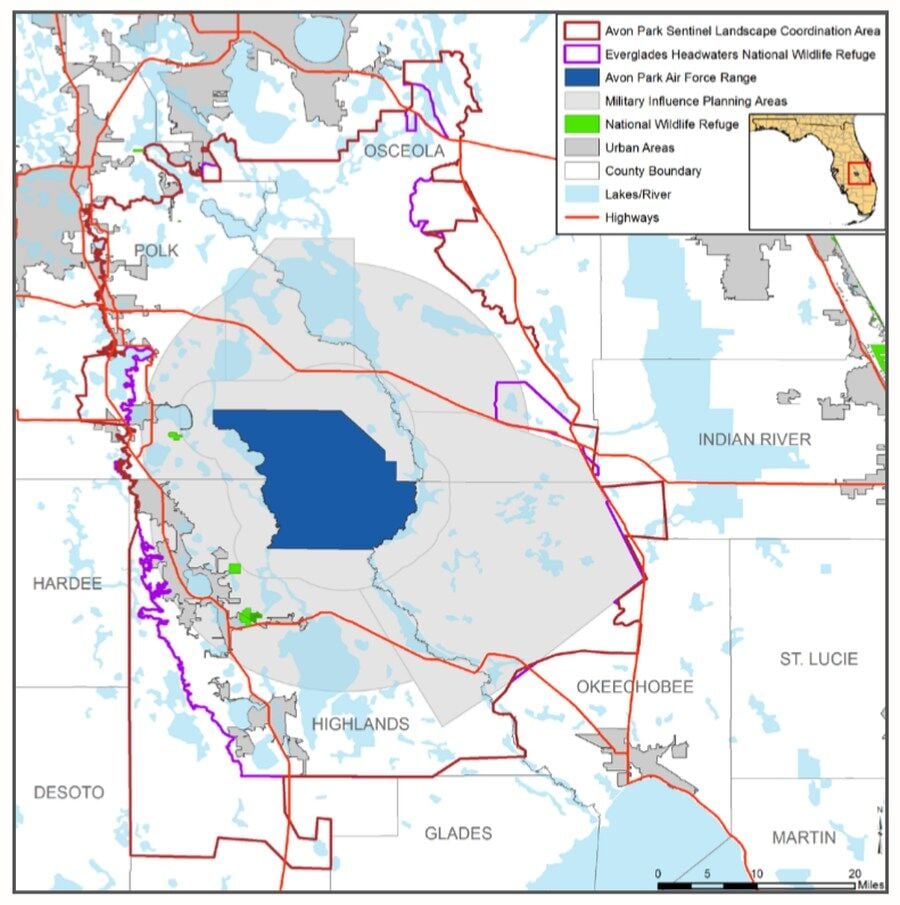 At first, the two concepts may seem contradictory — why would an agency focused on funding and maintaining the military complex be aligned with protecting agriculture, natural lands and wildlife? The answer is simple: military installations need to be surrounded by lands and waters protected from encroaching development that can hinder their training and testing activities.

Nighttime lighting and other disturbances associated with development, as well as citizen complaints about noise, can significantly degrade the effectiveness of military missions. The solution is to protect lands surrounding the military lands that have compatible land uses, such as conservation and agriculture, thus providing a public-private symbiosis known as a Sentinel Landscape.

The Avon Park Air Force Range Sentinel Landscape is one such partnership. Established in 2016, it covers almost 1.7 million acres over several private ranches and includes portions of the Everglades Headwaters National Wildlife Refuge and Conservation Area. As central Florida continues to grow at a rapid pace, protecting conservation lands within these areas is especially important.

First, the dry prairie habitat serves as a safe natural community for imperiled species like the Florida Grasshopper Sparrow, Gopher Tortoise, and Eastern Indigo Snake. Second, the stitching together of protected properties creates a natural wildlife corridor for large area-requiring species such as Florida Black Bears and Florida Panthers to roam safely. Last, the natural water filtration provided by undisturbed lands and waters regulates the flow and improves the quality of water feeding downstream Lake Okeechobee and the Everglades.

This same concept of connecting conserved properties benefits the Air Force Range as well as Florida’s wildlife. By preventing development of the land in close proximity to the Range, the Air Force safeguards its airspace and therefore its national defense mission. Dr. Hilary Swain, Archbold Executive Director observed, ‘’The Sentinel Landscape is an idea that has the possibility of uniting people, protecting our ecosystem and enabling our military mission. We can come together on this idea of a secure future.’’

In 2003, the monitoring expanded to include another endangered bird, the Florida Grasshopper Sparrow. In addition, Archbold’s Restoration Ecology Program began a multi-year survey of Gopher Tortoises on the Range in 2009. Archbold staff work closely with the Air Force’s natural resources staff to minimize the impact of military missions on the bird populations and help to manage conservation efforts.

Director of Archbold’s Avian Ecology Program, Dr. Reed Bowman, who conducted those early surveys noted, “Populations of endangered birds are at less risk when they occur in networks of connected populations. When adjacent lands within Sentinel Landscapes support these same species, all populations benefit and this also allows the military to train in very natural landscapes, while also reducing regulatory conflicts.”