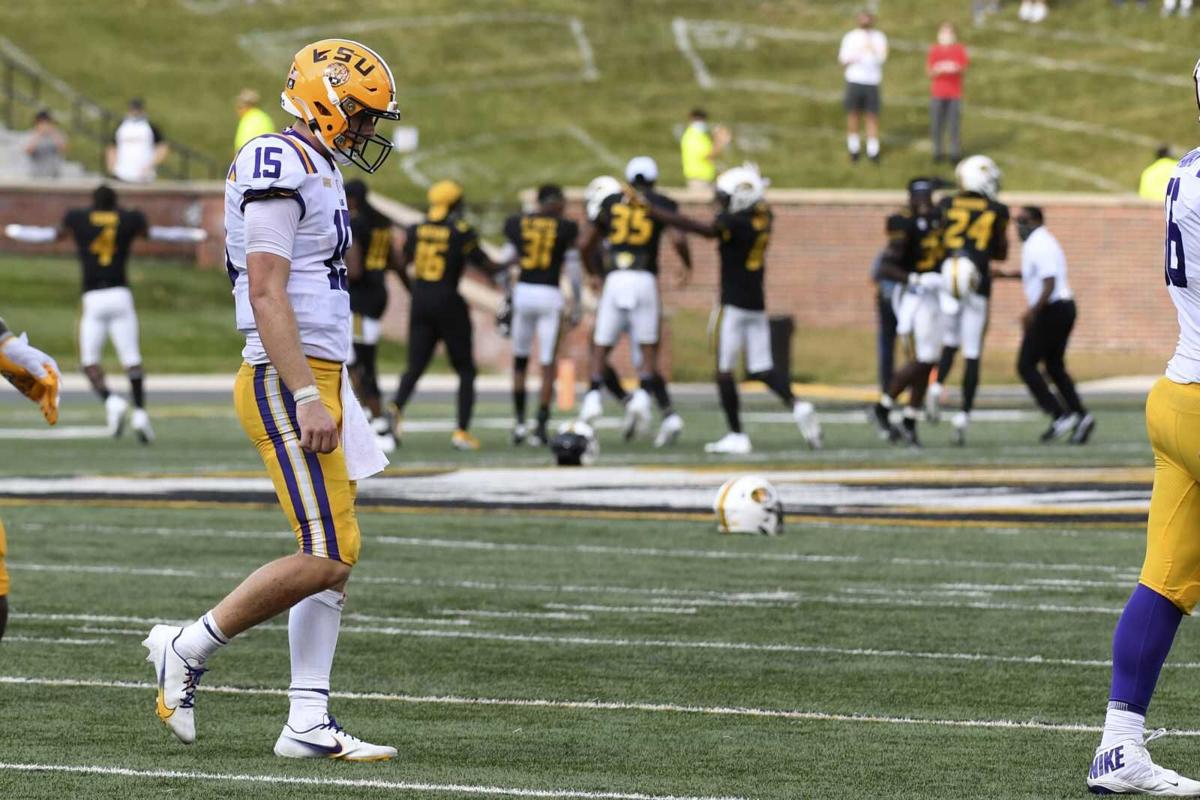 LSU quarterback Myles Brennan heads off the field as members of the Missouri Tigers celebrate an LSU turnover on downs in the final seconds of an NCAA college football game Saturday. 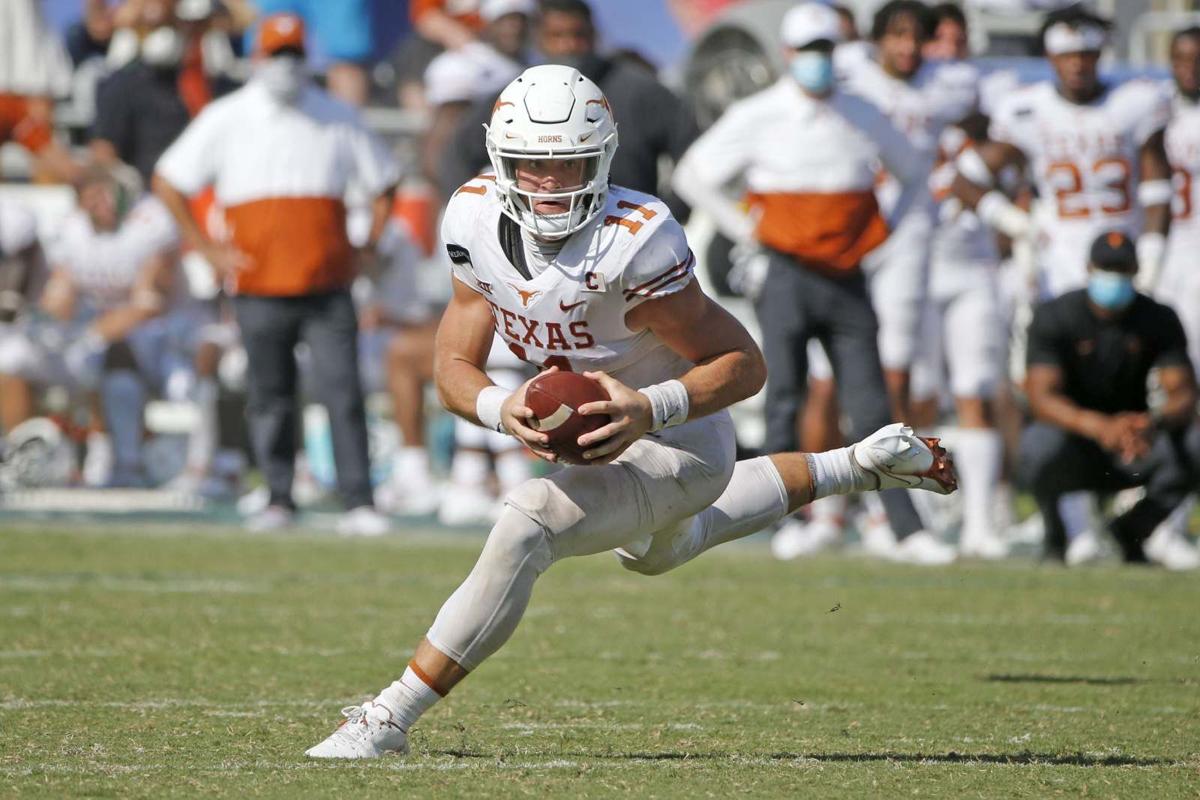 LSU quarterback Myles Brennan heads off the field as members of the Missouri Tigers celebrate an LSU turnover on downs in the final seconds of an NCAA college football game Saturday.

LSU is out of The Associated Press college football poll for the first time since 2017 and is the first defending national champion to drop from the rankings in nine years.

No. 1 Clemson, No. 2 Alabama and No. 3 Georgia held steady at the top of the rankings Sunday, setting up a top-three matchup Saturday when the Crimson Tide hosts the Bulldogs.

Clemson received 59 first-place votes. Alabama got two and Georgia one. Notre Dame moved up to No. 4 and North Carolina is No. 5.

LSU dropped out from No. 17 after falling to 1-2 with a 45-41 loss at previously winless Missouri. The Tigers had been ranked in 43 straight polls, dating to Nov. 5, 2017. That was the seventh-longest active streak in the nation.

The last defending national champion to be unranked was Auburn in 2011. Following Cam Newton’s departure the Tigers spent much of the ‘11 season outside the Top 25, finishing 8-5 and unranked.

This is the second straight week that one of college football’s traditional powers has fallen from the rankings, with LSU following Oklahoma.

The Sooners remained unranked Sunday, even after beating Texas in four overtimes. The Longhorns dropped out of the Top 25 for the first time this season with their second straight loss, but that’s hardly big news at this point.

Texas has not had a season in which it was ranked from beginning to end since 2009.

The last time both Oklahoma and LSU were unranked was also the last time before this season the Sooners were out of the polls: Sept. 25, 2016. That was a one-week departure for OU, which went on to win the Big 12 after starting 1-2.

The last time Oklahoma went two straight Top 25s without being ranked was the final two polls of the 2014 season, when the Sooners finished 8-5 and lost their final two games.

—No. 22 Kansas State is ranked for the first time this season. The Wildcats made a few brief appearances in the Top 25 last year.

—No. 25 Southern California is the latest of the teams still waiting to start their seasons to re-enter the Top 25. The Trojans were ranked in the preseason and then became ineligible when the season started and the Pac-12 was looking at trying to play in the winter/spring. When the conference decided to return in November, following the Big Ten, its teams became eligible to be ranked again.

No. 11 Texas A&M jumped 10 spots after beating No. 10 Florida in a thriller at College Station. The Gators slipped six spots.

No. 13 Miami dropped six spots after losing for the first time this season. The Hurricanes received a serious dose of reality, losing 42-17 at Clemson.

A week after having four top-10 teams for the first time, the Atlantic Coast Conference reached another milestone with three top-five teams. North Carolina has its best ranking since early November 1997, the height of coach Mack Brown’s first stint in Chapel Hill.

Related: The Big Ten is two weeks away from playing and there are still 10 voters who are waiting for No. 6 Ohio State and other still ramping up teams to start playing before ranking them.

The only game matching ranked teams this week is the most anticipated regular-season game of the year.

No. 3 Georgia at No. 2 Alabama. First regular-season meeting since 2015 and first time in Tuscaloosa since 2007.