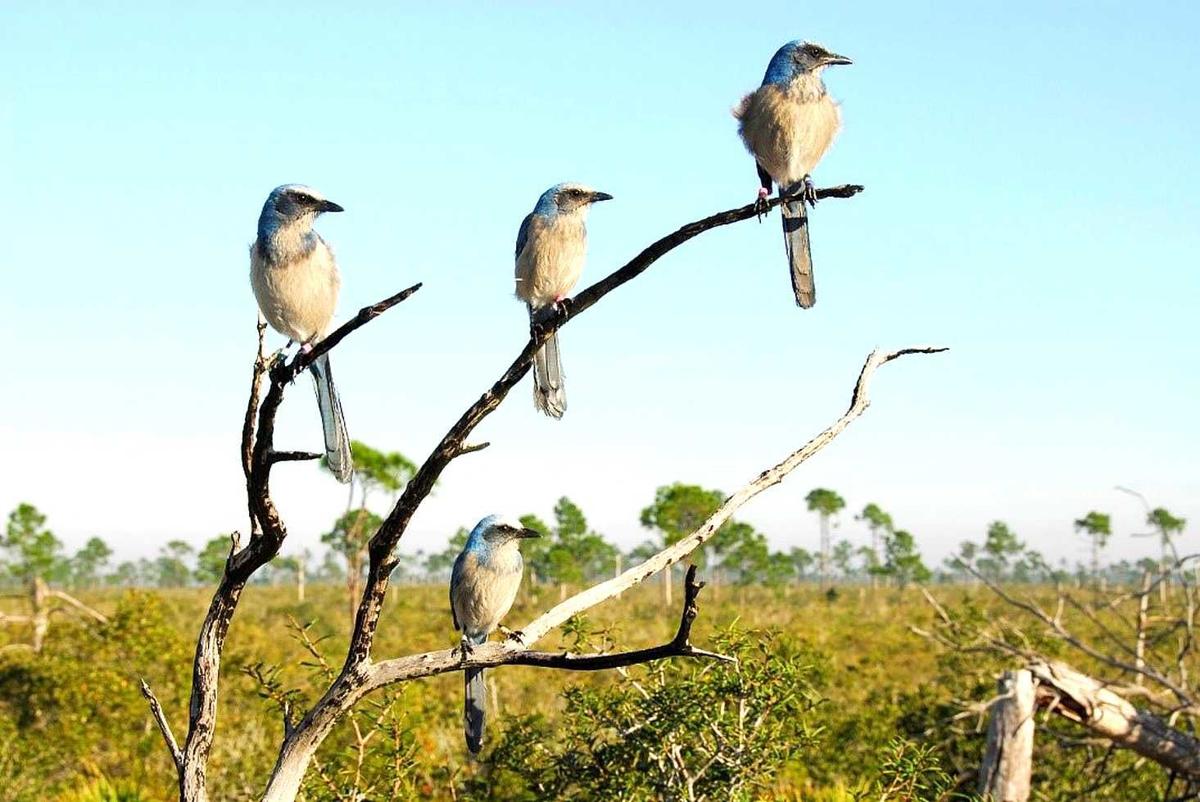 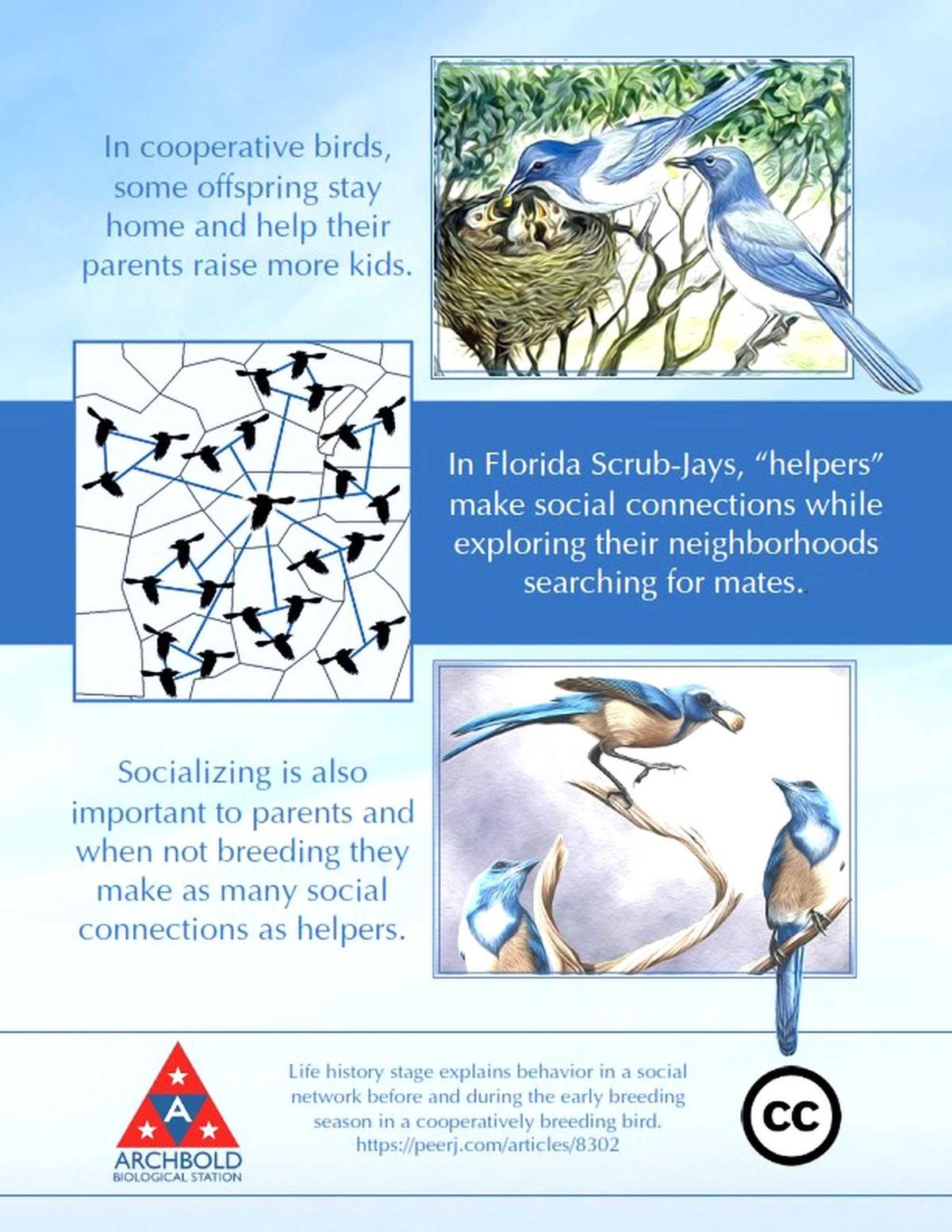 Archbold researchers compared the social behavior of breeding Florida Scrub-Jays and non-breeding helpers, who assist in rearing the offspring of the breeding pair. Helpers interact with many individuals, connecting otherwise unconnected groups. Breeders interact with fewer individuals, who all tend to interact directly. In a year when many breeders did not reproduce, their social behavior resembled that of helpers.

Archbold researchers compared the social behavior of breeding Florida Scrub-Jays and non-breeding helpers, who assist in rearing the offspring of the breeding pair. Helpers interact with many individuals, connecting otherwise unconnected groups. Breeders interact with fewer individuals, who all tend to interact directly. In a year when many breeders did not reproduce, their social behavior resembled that of helpers.

There are numerous articles on how friendships change in your 20s, 30s, and after marriage or parenthood. What we do not know is how ubiquitous these changes are throughout the animal kingdom. Researchers at Archbold Biological Station describe the social lives of Florida Scrub-Jays in different stages of life.

Florida Scrub-Jay breeding pairs mate for life. In most birds, after the young leave the nest they leave their parents to breed on their own. In Florida Scrub-Jays, the young remain at home with their parents and help rear their younger siblings for the next few years. They are known as helpers, and the breeding pair they help are called breeders.

“We found that helpers associate with many more individuals than breeders,” explains Dr. Angela Tringali of the Avian Ecology Program. “If helpers want to breed they need their own territory and mate. In addition to helping their parents, they make forays away from home, presumably looking for available territories and potential mates. This increases the number of other birds that helpers associate with. Helpers also are important in providing a social connection between scrub-jays who do not interact directly.

“If they were people, we would describe helpers as social butterflies, having lots of friends and moving between different groups; and breeders as cliquish, having fewer friends, most of whom belong to the same social group.”

The year 2018 was marked by unusually low breeding success at Archbold, where the Florida Scrub-Jays have been studied for 50 years. Some breeders did not nest, and those that did nest began later in the year.

During this year, the breeders behaved much like the helpers. Dr. Reed Bowman, Avian Ecology Research Program Director says, “Without nests or young that needed care, breeders chose to interact with scrub-jays outside of their immediate family, in a manner similar to helpers, suggesting that social interactions are more important than simply finding a new mate. We conclude that an individual’s strategy for success changes with its life stage. As helpers, individuals explore to find a territory and mate, but once those are found, the priority shifts to defending their territory and provisioning young.”

However, even for breeders, when time permits, socialization beyond the family group is important. “We have tended to frame foray behavior strictly as a strategy for finding a territory or mate, but this analysis demonstrates that when not tending an active nest, breeders also will foray beyond their territories.”

The researchers note that these conclusions are based on “snapshots in time” collected by scientists visiting sampling points near the intersection of scrub-jay territory boundaries twice per week. Next, the plan is to get a more complete picture of where, when, and with whom the birds are interacting.

Dr. Bowman says, “We are completing a pilot project tracking scrub-jays tagged with a new technology of transmitters whose signals are received by a grid of receivers. We will know the exact location of multiple scrub-jays throughout the day, which will enable us to answer questions about social interactions in more detail and better understand habitat use, movement, and dispersal.”