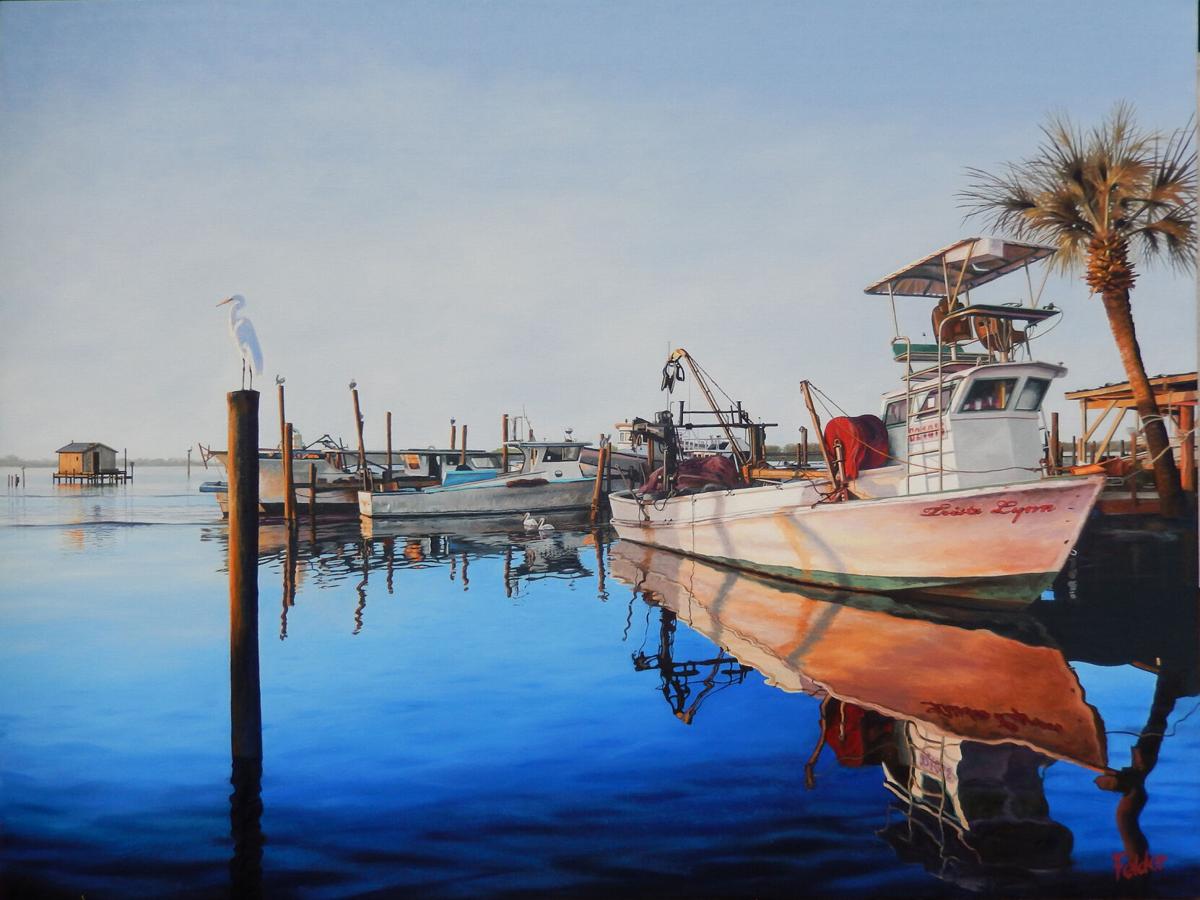 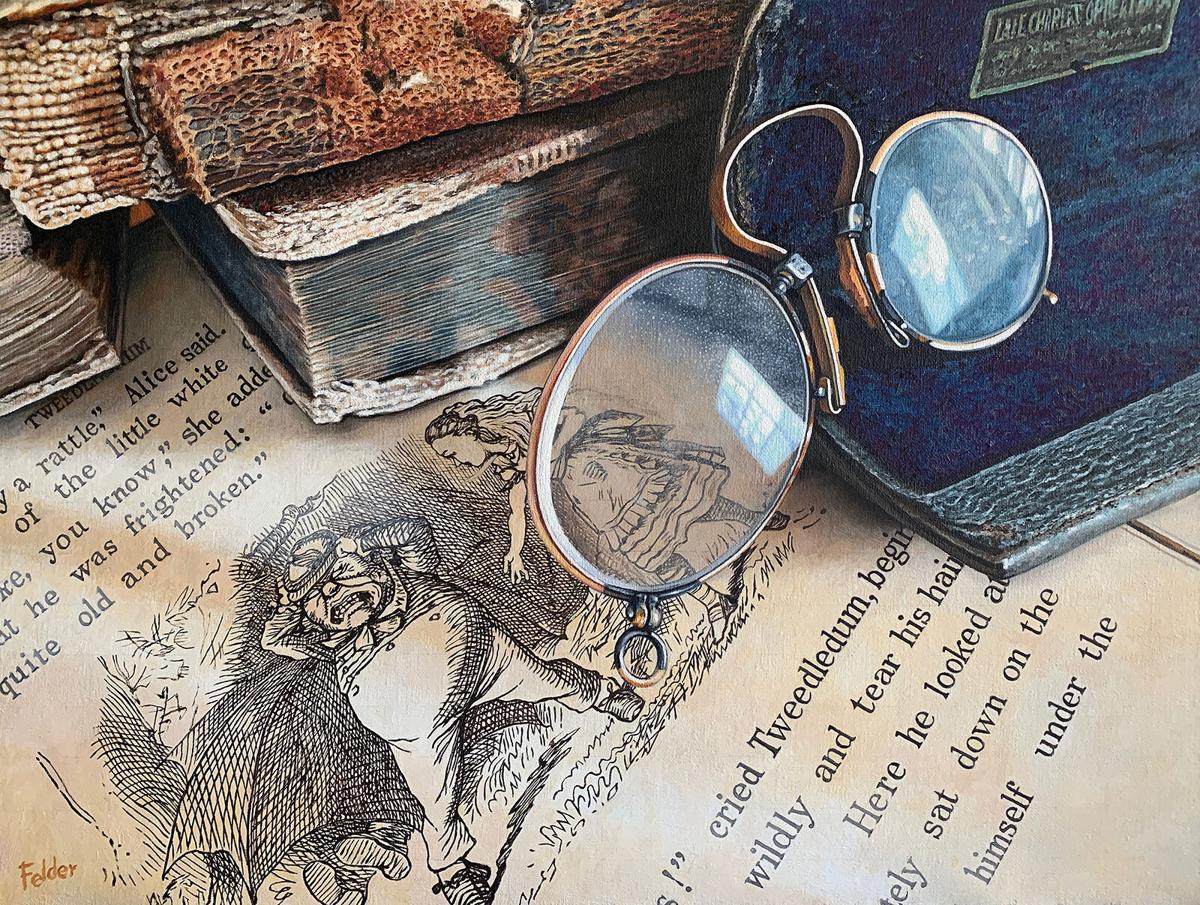 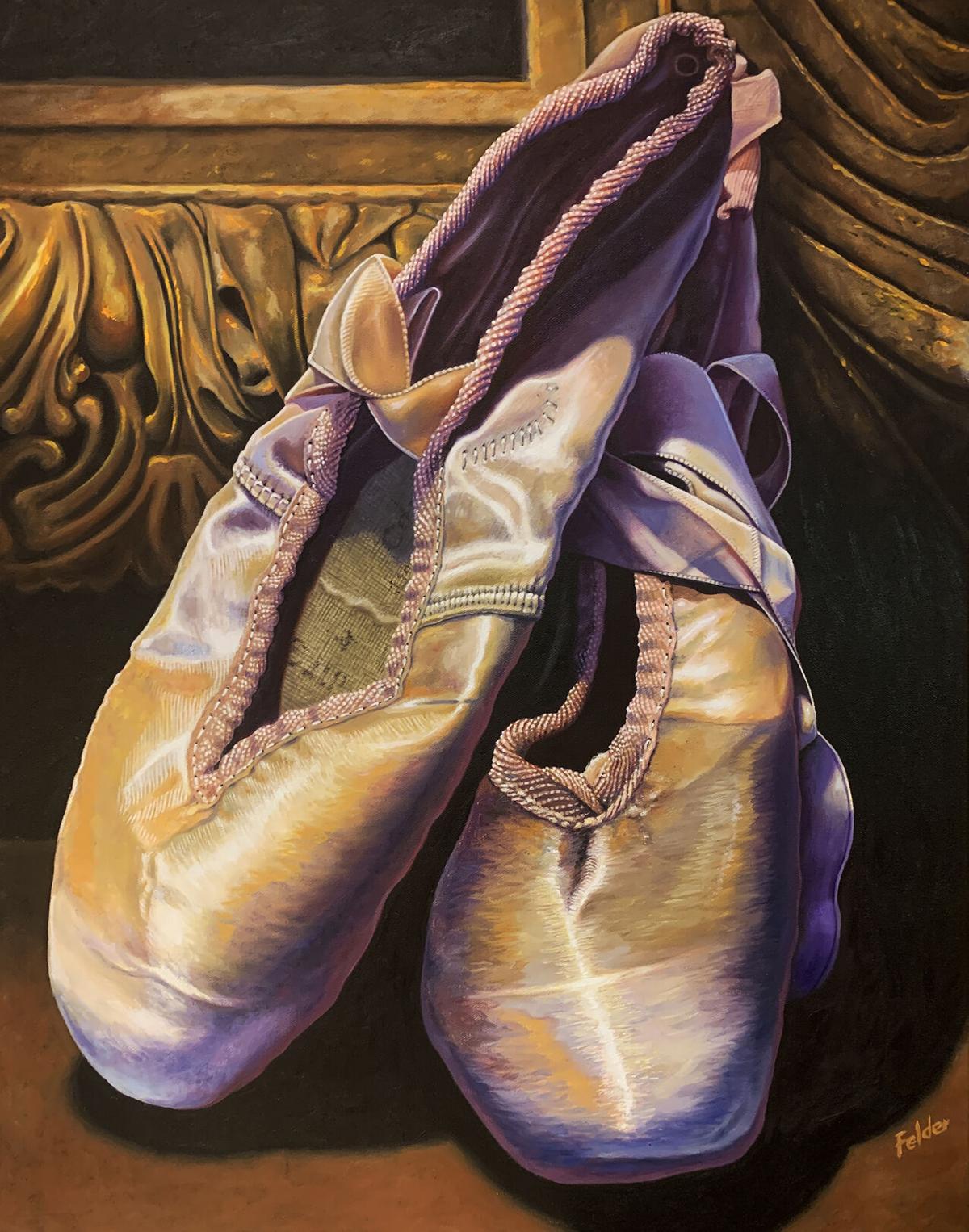 “Ballet School Memories” by Larry Felder shows the ballet shoes of Felder’s daughter, Claire, when she was 12. Claire is now 43. 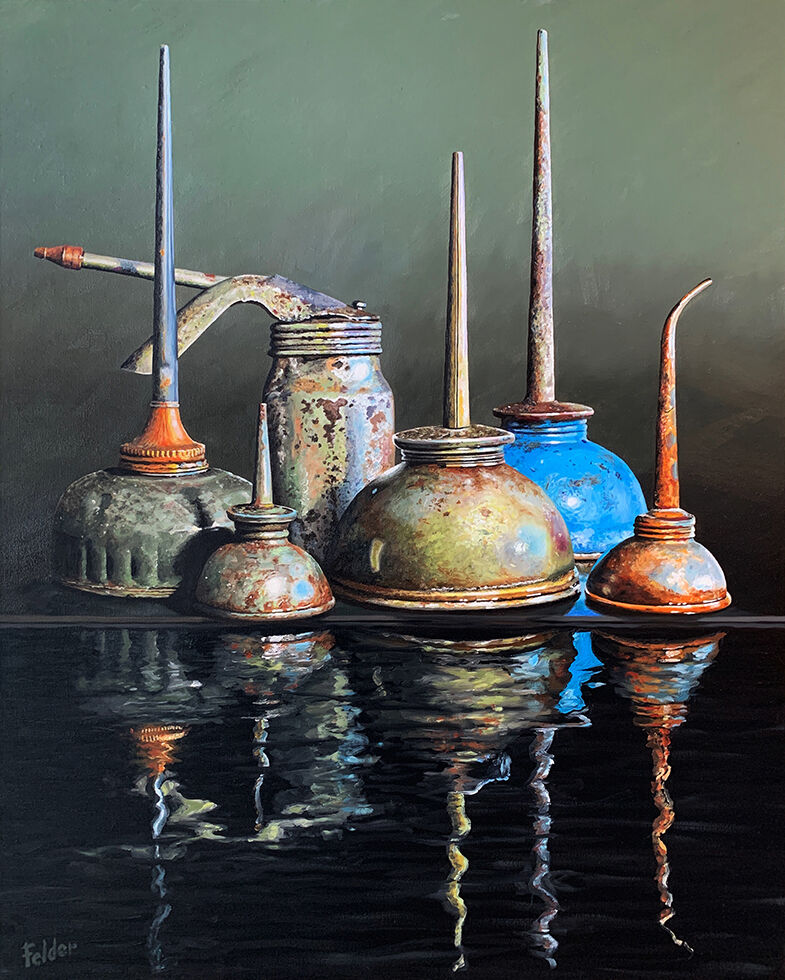 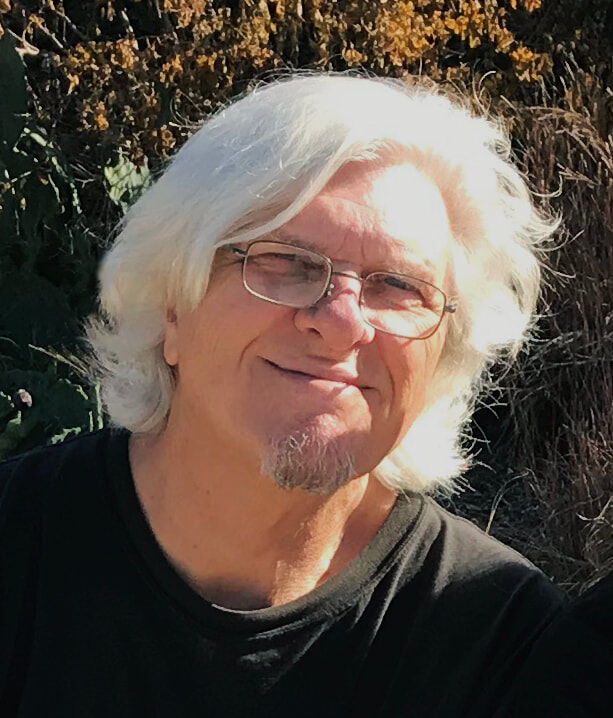 “Ballet School Memories” by Larry Felder shows the ballet shoes of Felder’s daughter, Claire, when she was 12. Claire is now 43.

Felder is well known for his finely detailed realism in oils. He refers to his most recent work as his “Box Series” with closeups of subjects that come from a collection of old tools and family memorabilia that he has acquired through the years. As a matter of interest, some of the objects in these paintings will be shown alongside the work.

Having fallen in love with nearby Highlands Hammock, Felder has painted a special series of nine miniature oil paintings just for this exhibition.

“I couldn’t resist the colors of the swamp while walking along the boardwalk, the greens and yellows are so intense! I tried to capture them in these small, reasonably priced works,” Felder admitted. “I put them in gold frames that really bring out the colors of the work.”

Felder has experimented with different subjects and styles through the years, but now concentrates on Realism. Felder enjoys making things look real in his work, but insists they are not photographic.

“Real to me is not photographic. The human eye is so much better than a camera lens when it comes to seeing detail and light in both the shadows and highlights. My photos are simply a starting point.”

Currently, Felder is vice chairman of the Highlands Art League where he teaches an ongoing oil painting class called “Mornings with Larry.” He has won numerous awards for his work and has been selected to show in the most recent Oil Painters of America (OPA) National Competition in California, and most recently in the OPA Eastern Regional Show held at Art Center Manatee in Bradenton, Florida. OPA is known for its exclusive juried memberships and for exhibiting the “best of the best” in traditional oil painting. Both paintings in the OPA shows will be shown at MOTA.

Recently, Felder arranged a field trip for his class to the OPA Exhibition to view his and other’s work. Felder’s class was given an extensive tour of Art Center Manatee by Executive Director Carla Nierman. After the tour and lunch at the waterfront restaurant, Pier 22, Felder’s class met at both the Bradenton and Palmetto marinas to photograph water reflections that they are now using in their current painting assignment in his class. Felder was well-known for his water reflection paintings when he had his gallery on the Texas Coast.

Felder earned a BFA in studio painting from The University of Texas at Austin in 1974 becoming the teaching assistant for California Modernist Michael Frary and New York Creative Director Dr. Leonard Ruben. While at the university, Felder won the competition for “Best Student in Texas” from the Dallas Society of Visual Communication, which launched his career as an art director at Tracy Locke/BBDO in Dallas. After a successful 30-year career as an advertising and publishing creative director, Felder and his wife Linda retired in 2004 and founded Felder Gallery in the coastal town of Rockport, Texas.

After having success with their gallery in Rockport, the Felders moved to Costa Rica in 2010 and their son Robby took over the gallery and continues to show Felder’s work. After four years living in Costa Rica, they returned to the States and now reside in Lake Placid.

Felder is a member of The Highlands Art League, Oil Painters of America, International Guild of Realism, Art Center Manatee, and Art Center Sarasota. He has won numerous national and local awards for his work. His personal portfolio may be viewed at www.larryfelder.weebly.com, or on his son’s San Antonio gallery website at www.feldergallery.com.