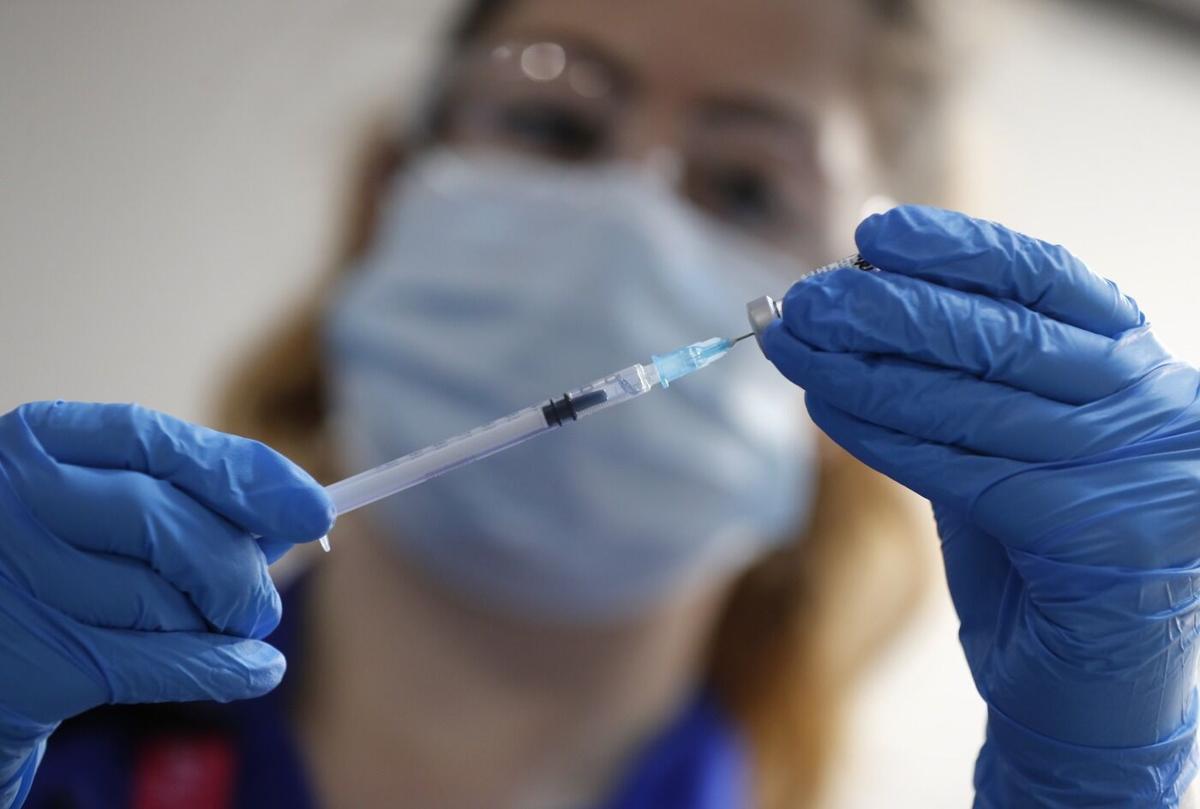 In this Tuesday, Dec. 8, 2020 file photo, a nurse prepares to administer the Pfizer-BioNTech COVID-19 vaccine at Guy’s Hospital in London, U.K. 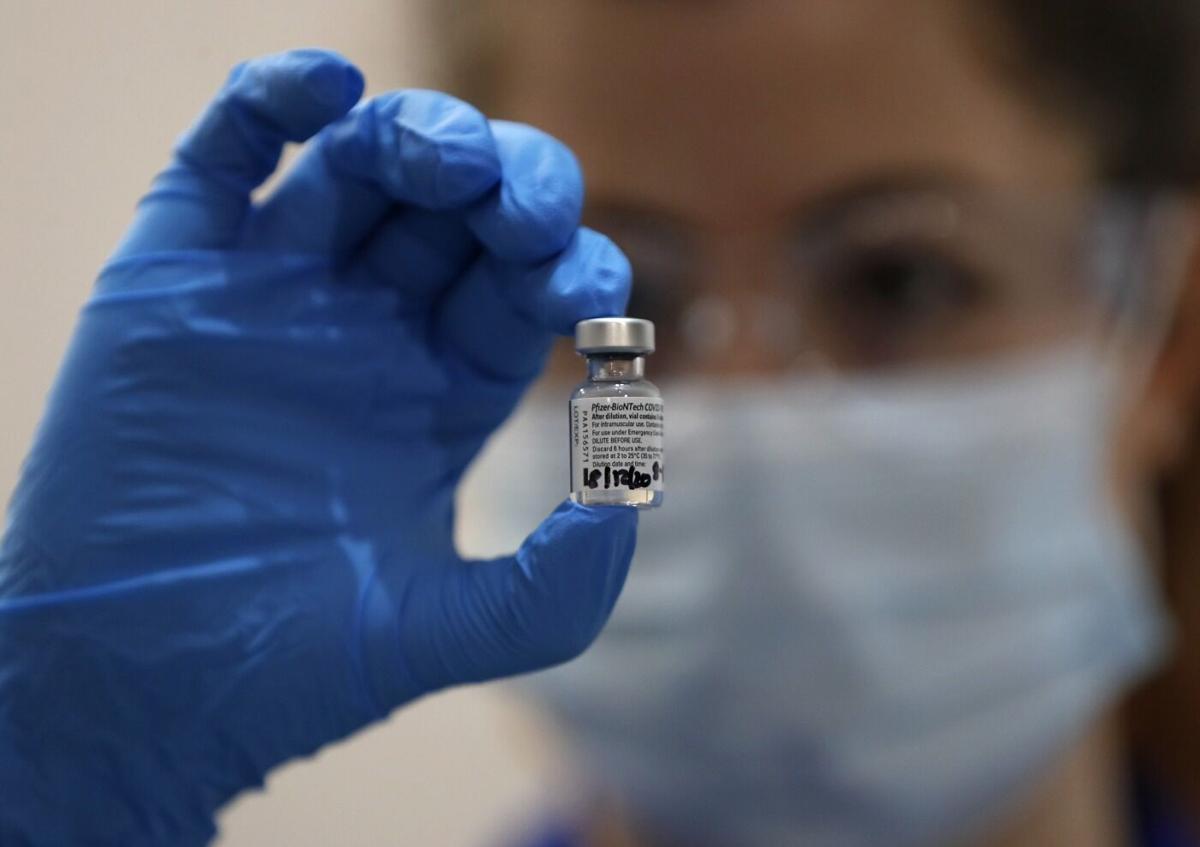 In this Tuesday, Dec. 8, 2020 file photo, a nurse holds a phial of the Pfizer-BioNTech COVID-19 vaccine at Guy’s Hospital in London. U.K.

In this Tuesday, Dec. 8, 2020 file photo, a nurse prepares to administer the Pfizer-BioNTech COVID-19 vaccine at Guy’s Hospital in London, U.K.

In this Tuesday, Dec. 8, 2020 file photo, a nurse holds a phial of the Pfizer-BioNTech COVID-19 vaccine at Guy’s Hospital in London. U.K.

BERLIN — German pharmaceutical company BioNTech is confident that its coronavirus vaccine works against the new UK variant, but further studies are need to be completely sure, its chief executive said Tuesday.

The variant, detected mainly in London and the southeast of England in recent weeks, has sparked concern worldwide because of signs that it may spread more easily. While there is no indication it causes more serious illness, numerous countries in Europe and beyond have restricted travel from the UK as a result.

“We don’t know at the moment if our vaccine is also able to provide protection against this new variant,” CEO Ugur Sahin told a news conference the day after the vaccine was approved for use in the European Union. “But scientifically, it is highly likely that the immune response by this vaccine also can deal with the new virus variants.”

Sahin said that the proteins on the UK variant are 99% the same as on the prevailing strains, and therefore BioNTech has “scientific confidence” that its vaccine will be effective.

“But we will know it only if the experiment is done and we will need about two weeks from now to get the data,” he said. “The likelihood that our vaccine works ... is relatively high.”

Should the vaccine need to be adjusted for the new variant the company could do so in about 6 weeks, Sahin said, though regulators might have to approve the changes before the shots can be used.

Having to adjust the vaccine would be a blow for the rollout of immunization campaigns and rein in the pandemic that has so far killed more than 1.7 million people worldwide.

BioNTech’s vaccine, which was developed together with U.S. pharmaceutical company Pfizer, has been authorized for use in more than 45 countries including Britain, the United States and the EU. Hundreds of thousands of people have already received the shots.

The companies submitted data to regulators showing the vaccine, which goes by the brand name COMIRNATY in Europe, is 95% effective in preventing infection with COVID-19.

“All countries across the EU that have requested doses will receive them in the next five days, the very initial supply, and that will be followed up next week with further supplies,” said Sean Marett, BioNTech’s chief commercial officer.

Several EU countries have said they plan to start vaccinating on Sunday. Germany’s health minister, Jens Spahn, said he expects the country to receive more than 1.3 million doses by the end of this year.

Germany is among the European countries that have banned flights from the U.K. because of the new variant there.

“We want to avoid for as long as we can that a possibly dangerous virus variant spreads to continental Europe,” said Spahn.

But Lothar Wieler, the head of Germany’s national disease control center, said it was very likely the U.K. variant is already circulating in Germany.

Wieler, who heads the Robert Koch Institute, said it was common for viruses’ genetic material to change, and that can affect how transmissible they are.

“Whether that is really the case with the variant in England is not yet entirely clear,” Wieler said. “What is clear is that the more widely viruses spread, the more opportunity they have to change.”

A leading German virologist who was initially skeptical about reports that the strain was much more contagious voiced concern after seeing further data. Christian Drosten, a professor of virology at Berlin’s Charite hospital, tweeted that “unfortunately it doesn’t look good.”

But Drosten added: “What is positive is that cases with the mutation so far only increased in areas where the overall incidence was high or rising. So contact reduction also works against the spread of the mutation.”