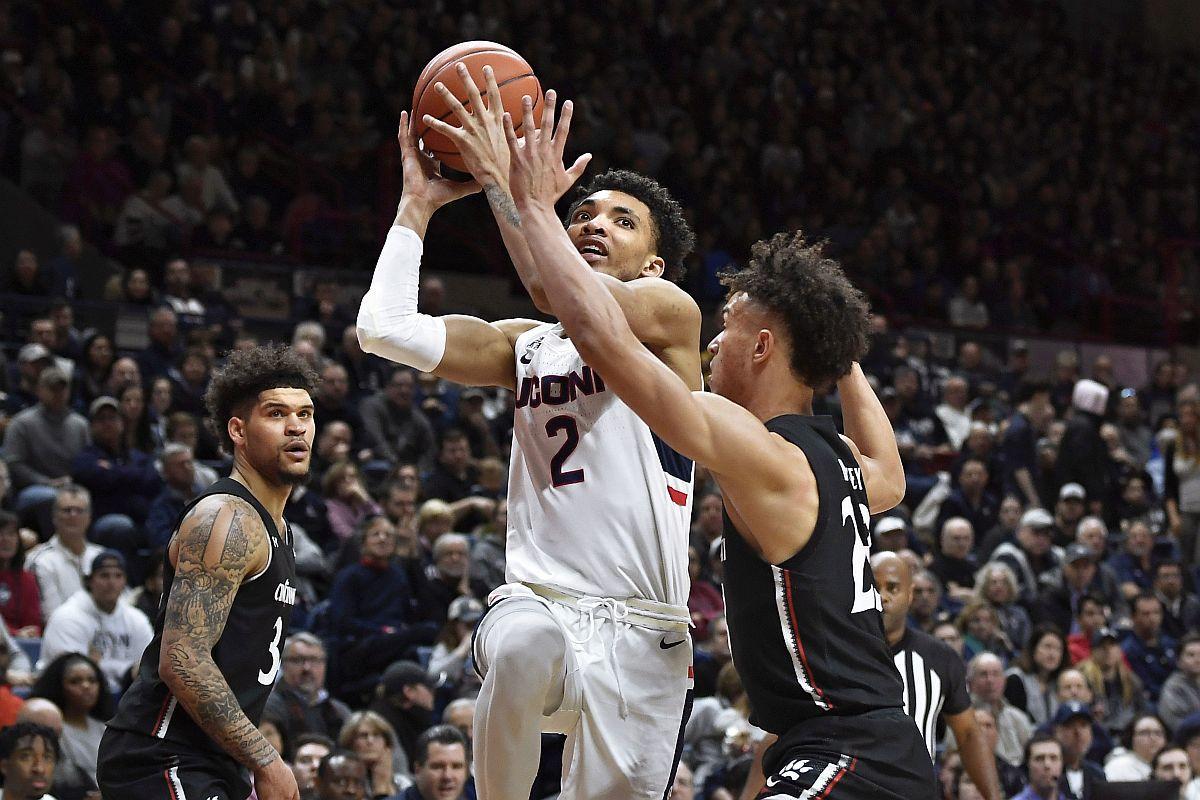 Connecticut’s James Bouknight (2) shoots over Cincinnati’s Zach Harvey, right, as Cincinnati’s Jarron Cumberland, left, looks on in the second half of an NCAA college basketball game on Sunday. 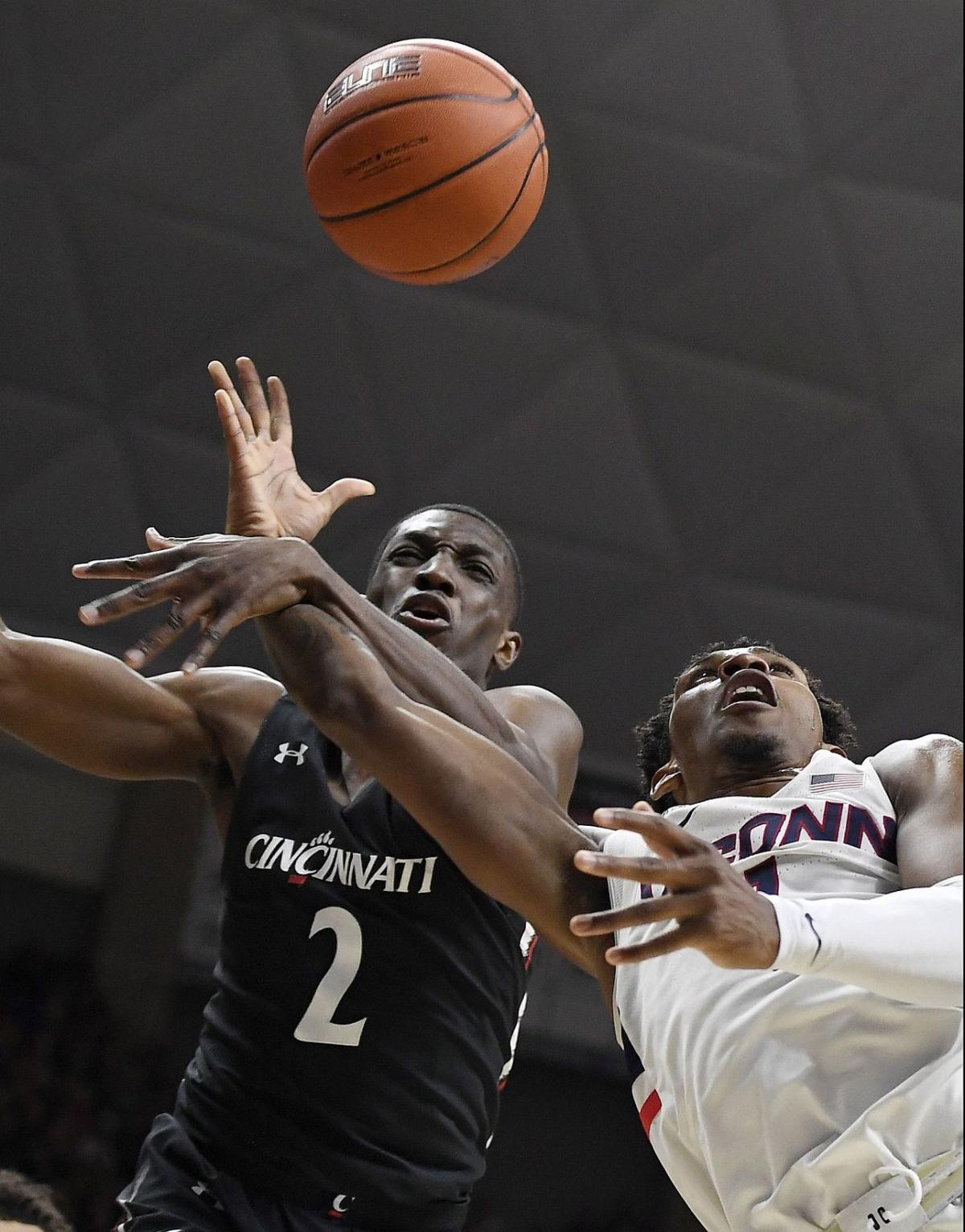 Connecticut’s James Bouknight (2) shoots over Cincinnati’s Zach Harvey, right, as Cincinnati’s Jarron Cumberland, left, looks on in the second half of an NCAA college basketball game on Sunday.

The victory came after nine single-digit losses this season, six of those since Jan. 1 and three in overtime or double overtime.

“It’s a validation for all the efforts and what we are trying to build here and just how competitive we’ve been to win a game like that,” Hurley said.

Christian Vital added 19 points and Brendan Adams had 16 for the Huskies (13-10, 4-6 American), who have put together back-to-back wins for the first time since December.

Cincinnati had several chances to win this game, including Jarron Cumberland’s jump shot attempt that was ruled to have come just after the overtime buzzer, negating what appeared to be a foul on Vital.

“We probably had more lives than we deserved in regulation and overtime,” Cincinnati coach John Brannen said. “We just didn’t take advantage of them.”

The team’s were tied at 67 after regulation and Scott’s one-handed bank shot gave Cincy a 71-68 lead with just over two minutes remaining in extra time.

But Vital grabbed a rebound after a missed 3-pointer from Brandan Adams and his second-chance layup pulled the Huskies to within a point.

Booknight was then fouled on a drive into the lane on the Huskies next possession and the two foul shots turned out to be the winning points.

Jarron Cumberland missed a driving layup attempt with 2.7 seconds to go. UConn was awarded the ball, but after a review it was given back to the Bearcats setting up the final play.

The Bearcats led 67-65 in regulation before a Vital steal led to a Bouknight jumper that tied the game with 1:06 to go.

Cumberland also had two chances to win the game before the OT period. His spinning attempt in the lane missed and after a UConn turnover, he dribbled the ball off his foot.

A shot by Vital from beyond half court at the buzzer skimmed the rim.

The Bearcats led for most of the first half and took a 10-point advantage at 28-18 on a 3-pointer from the left baseline by Keith Williams.

But UConn answered with two straight 3-pointers from Brendan Adams and another by Vital and took their first lead at 29-28 on a pair of free throws by Jalen Gaffney.

A jumper by Bouknight capped the 16-2 run and sent UConn into halftime leading 34-30.

“This was just big for our confidence,” Vital said. “That month of January was crazy for us. We’re losing in double OT, OT, late-game situations. So, for us to go beat Tulsa on the road, who was No. 1 in the conference and then finish a close game is just building up our confidence as a team.

This was the 30th meeting between the two schools and the last scheduled as conference rivals. UConn leaves to rejoin the Big East at the end of the season. The Bearcats had won the previous eight meetings between the two teams and 10 of the last 11.

The Bearcats host Memphis on Thursday, while the Huskies travel to Texas for a Wednesday game at SMU.