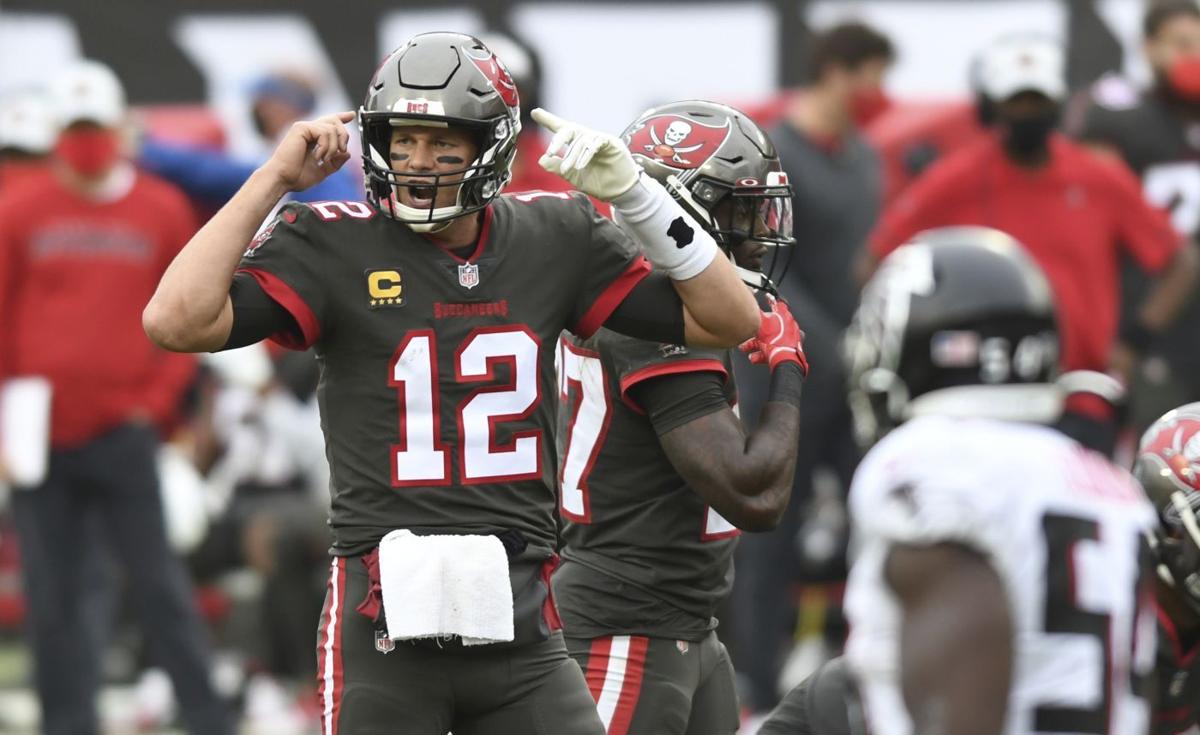 Tampa Bay Buccaneers quarterback Tom Brady (12) calls a play against the Atlanta Falcons during the second half of an NFL football game Sunday, Jan. 3, 2021, in Tampa.

Tampa Bay Buccaneers quarterback Tom Brady (12) calls a play against the Atlanta Falcons during the second half of an NFL football game Sunday, Jan. 3, 2021, in Tampa.

TAMPA — No one does “win and advance” better than Tom Brady.

The Tampa Bay Buccaneers weren’t at their best in their first playoff victory in 18 years, but they won. That’s all that really matters in the NFL playoffs.

“You could win 100-0 and it’s going to be the same result in the end,” Brady said of striking a balance between critical self-analysis of the team’s play and the reality that a win is a win at this time of the year.

“You’d love to play great every game,” the six-time Super Bowl champion added. “I think it’s good to win and advance. If we don’t play well next week, we’re not going to be happy.”

Next up for Brady and the Bucs, who beat Washington 31-23 in the NFC wild-card round, is a third matchup this season with NFC South rival New Orleans The Saints (13-4) won both regular season meetings convincingly, including 38-3 in Tampa on Nov. 8.

Overall, the Bucs (12-5) have lost five straight times to their division rivals, with four of the games decided by double digits.

Coach Bruce Arians said turnovers have been the difference since his arrival in Tampa Bay in 2019.

Brady has thrown 12 interceptions in his first season with Tampa Bay, five of them in the pair of losses to New Orleans. The Saints have also sacked the 43-year-old quarterback six times.

“The turnover margin has been lopsided in their favor. We’ve got to protect the football much better and stay balanced (on offense),” Arians said Monday, adding the Bucs aren’t fazed by having to go on the road in the playoffs for the second straight week.

“I think they’re really, really looking forward to it,” the coach added. “Our guys are ready to play anybody, anywhere ... that’s for sure.”

The Bucs set a franchise playoff record with 507 yards total offense against Washington, with Brady throwing for 381 — another club best — and two touchdowns. Mike Evans became only the second player in team history to have a 100-yard game receiving in the postseason, finishing with 119 yards on six receptions. Antonio Brown had his fifth TD reception in the past four games, and receiver Chris Godwin, tight end Cameron Brate and running back Leonard Fournette contributed, too.

Tampa Bay led the NFL in red-zone scoring percentage this season at 95.1 percentage, producing points on 58 of 61 possessions. That included 42 touchdowns, tied with Buffalo and Minnesota for fourth in the league behind New Orleans (49), Green Bay (48) and Tennessee (48). The Bucs had five red-zone possessions against Washington, but only got the ball in the end zone once. Nothing against kicker Ryan Succop, who’s been outstanding, but settling for four field goals didn’t sit well with Arians or Brady.

“Moved the ball OK, I think we had decent yardage, but at the end of the day it comes down to points,” Brady said. “We’ve got to do a better job scoring more points.”

The Bucs are looking for a first victory in the divisional round of the playoffs since January 2003, when Tampa Bay went on to win its only Super Bowl championship.