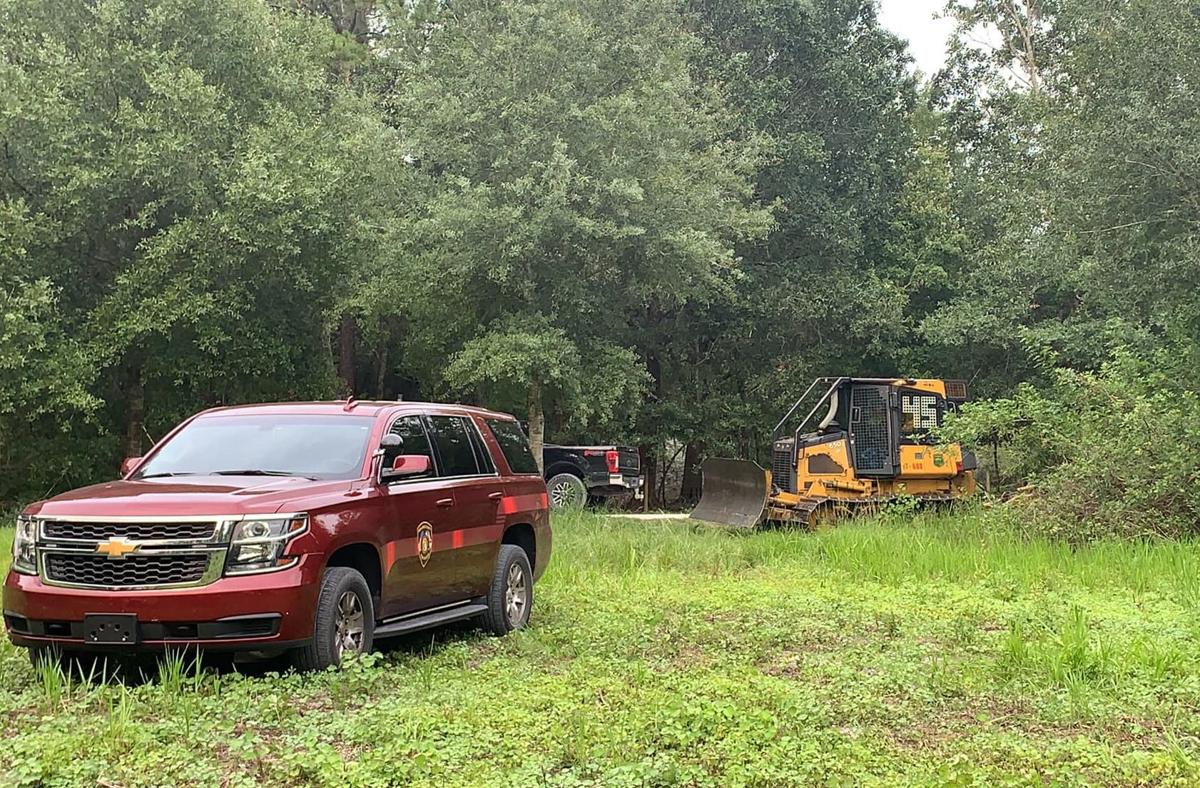 Fire officials try to use the heavy dozers to get themselves through the muck at an Avon Park brush fire. 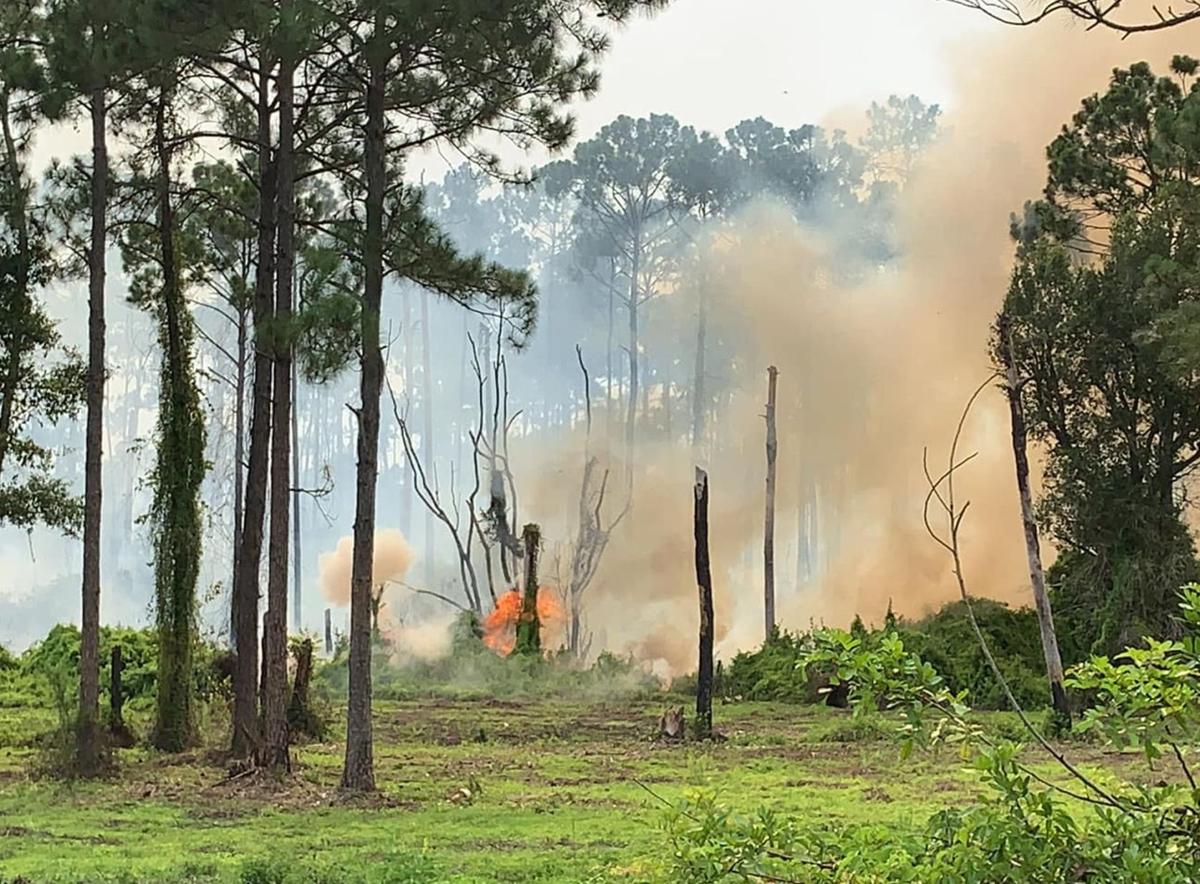 This brush fire would consume 20 acres in Avon Park on Sunday afternoon. 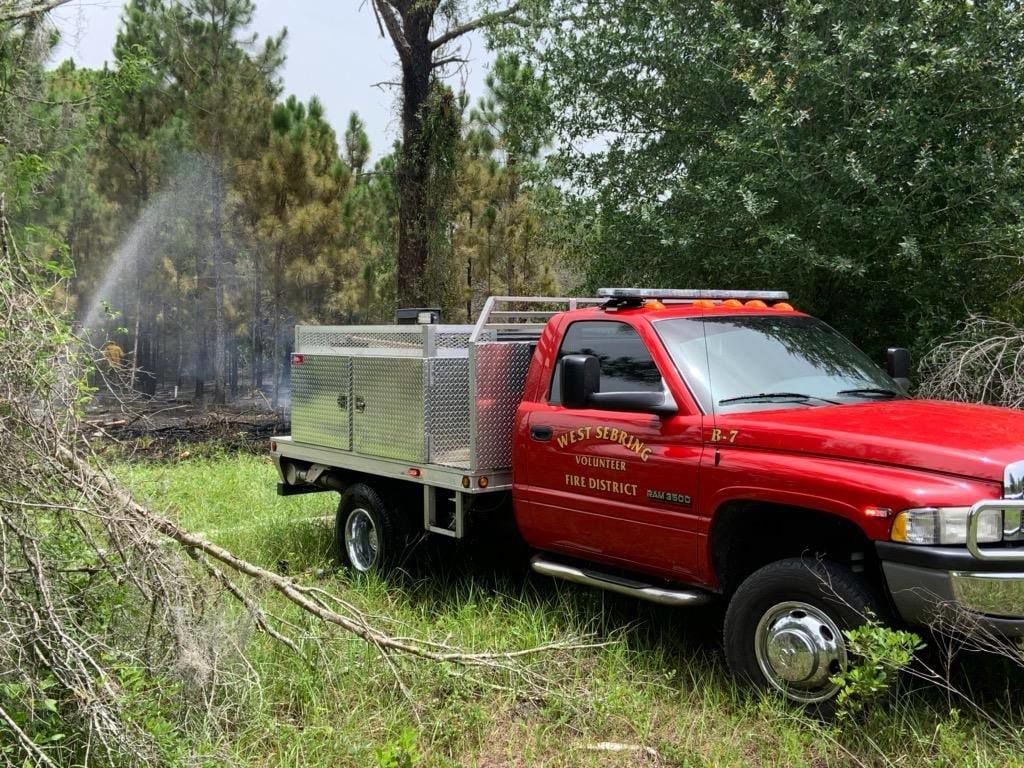 A brush truck puts out a brush fire on Thunderbird Road on Sunday afternoon.

Fire officials try to use the heavy dozers to get themselves through the muck at an Avon Park brush fire.

This brush fire would consume 20 acres in Avon Park on Sunday afternoon.

A brush truck puts out a brush fire on Thunderbird Road on Sunday afternoon.

SEBRING — The weekend was busy for Highlands County Fire Rescue but Sunday was incredibly so. HCFR and EMS were called to fires and emergencies from Avon Park in the north end of the county to Lake Placid in the south and just about everywhere in between.

According to HCFR Chief Marc Bashoor, two brush fires started around noon. A 20-acre fire in Avon Park and a much smaller fire off Thunderbird Road in Sebring. The Thunderbird fire was caused by an illegal burn, according the the fire chief. Sun ‘N Lake Sebring had that fire out in about 25 minutes.

However, the Avon Park fire was much more difficult to battle. The fire on Lone Bay Boulevard would ultimately cover 20 acres and take more than six hours to contain. Because the site was still smoking, Florida Forest Service were still on scene yesterday.

The fire would spread to South Graham Road. Two homes were in imminent danger of becoming damaged and another was threatened but firefighters were able to stave off the fire.

A major complication was the property had a lot of muck on it. Firefighters could not walk in the muck because they would sink in it. Bashoor said the bulldozers from the Florida Forest Service could not pass through the muck for the same reasons. Another complication was there was no way to get from one side of the fire to the other because of the muck. Dozers and other vehicles had to leave the property on Lone Bay Boulevard and travel State Road 64 to South Graham Road and vice versa.

Division of Forestry had a spotter plane in the sky above, directing firefighters on the ground. When the fire started, the air temperature was 95 degrees. The rehab unit from Sebring was invaluable keeping the crews fed and hydrated. Firefighters wrapped the fire up about 6:30 or 7 p.m.

Firefighters received a “handful” of calls all week about a fire on Miller Avenue in Leisure Lakes. The weekend was no exception. The fire in question was a controlled one. Firefighters would go to the scene and determine the controlled fire was still contained.

If those fires weren’t enough to keep HCFR busy, units were again dispatched to Lake Placid for a structure fire. When the first responders got to the scene at the 100 block of Sun n Lakes, they determined the fire was from a stove. Fortunately, the resident was able to extinguish most of the fire before HCFR got there.

The American Red Cross was called in to assist the resident with shelter for the night.

On that fire scene were units from Sun n Lakes, Lake Placid, Placid Lakes, EMS and Battalion 1. HCFR’s EMTs were also called to a haz-mat situation and another fire that resulted in a death on Sunday that are being reported in separate articles.