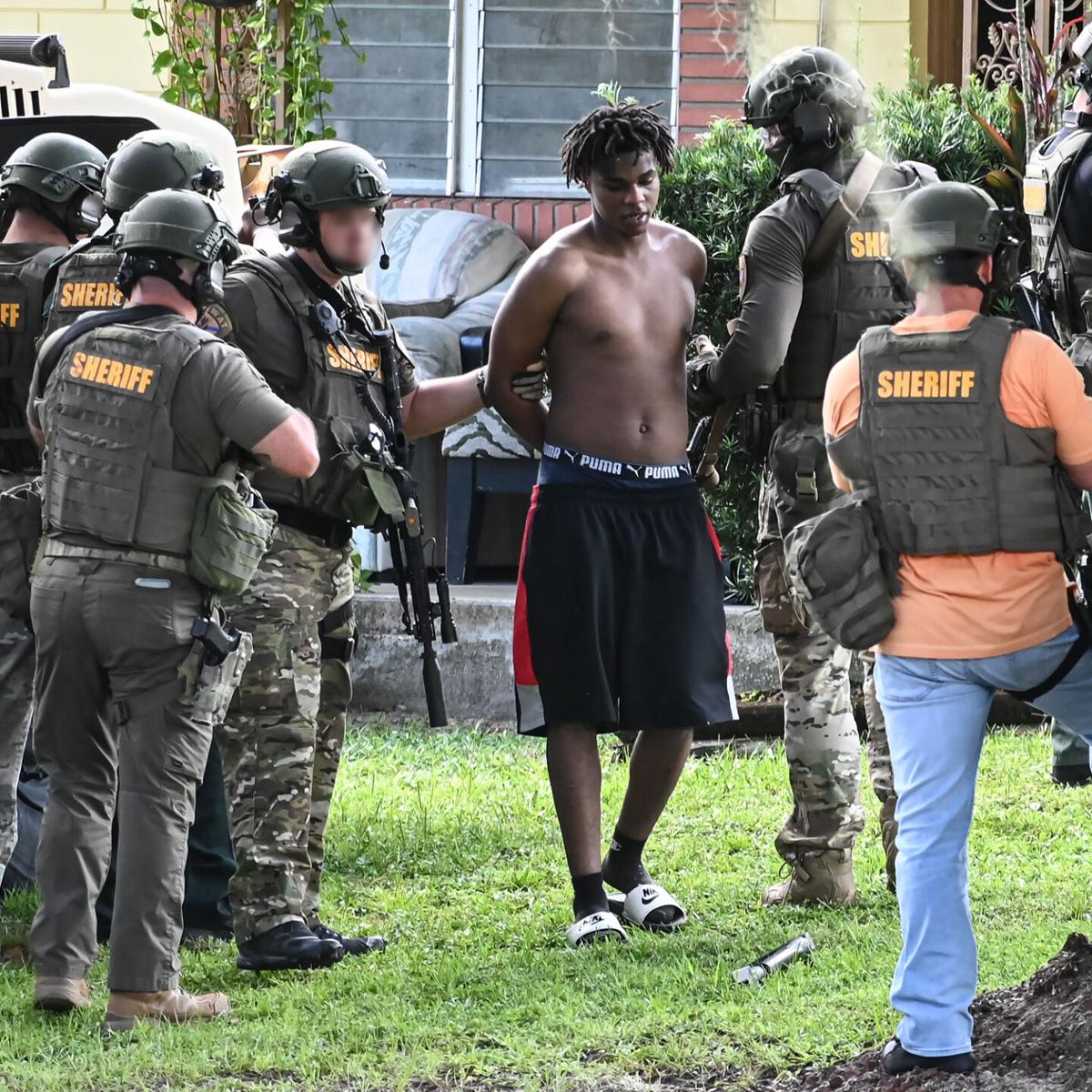 Members of the Highlands County Sheriff’s SWAT team arrest Lorenza Stevenson Wednesday after he hid in the attic of a Sebring home. 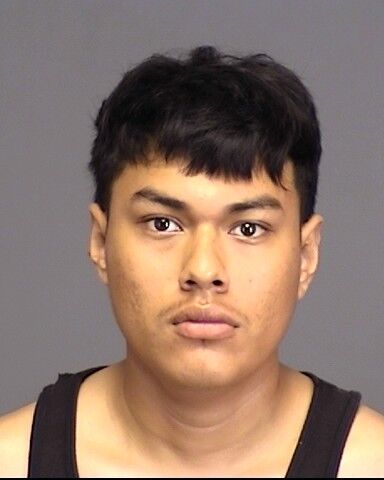 SEBRING — Bullet casings at a Tuesday evening traffic accident led to the arrest of two teens in the shooting death of a 14-year-old Sebring teen.

Sebring Police arrested Salvador Francisco Cruz of Winter Haven on Tuesday for the Sept. 5 murder of a Sebring youngster. Sebring Police detectives, with the help of the Highlands County Sheriff’s Office Special Weapons and Tactics Team (SWAT), pulled Lorenza Stevenson, 17, of Sebring, a second suspect in the youth’s killing, from the attic of a house in the 1900 block of Greenway Drive.

Both men are charged with premeditated first degree murder in the killing of Ricky Harris III.

“The two are known associates,” Sebring Police Commander Curtis Hart said of Cruz and Stevenson. “We received information that Stevenson was also involved.”

Detectives had already identified Cruz, 18, as their prime suspect by the time Cruz crashed his Dodge Challenger on U.S. 27 and College Drive in Avon Park. Crash investigators called the police after finding several fired shell casings in the road.

According to Sebring Police Sgt. Jeff Reinhart, the casings in Cruz’s car – as well as his Dodge Charger – directly link Cruz to the shooting death of Harris.

The report on Cruz’s arrest, which lists Reinhart as the reporting officer, outlined the events from Sept. 5 that led to Cruz and Stevenson’s arrests.

Highlands County central communications dispatchers received a report of a shooting near 1512 Colmar Ave. in Sebring shortly after 1 a.m. on that Sunday. The caller told dispatchers they heard someone fire 12 gunshots in the neighborhood near Rainbow Avenue. Officers went to the scene and interviewed neighbors and other possible witnesses.

Dispatchers received a call from a second witness at 1:22 a.m. who reported a person laying in a driveway near 1400 Beverly Ave. That caller also reported young teens running from the body toward Rainbow Avenue.

Investigators arrived at the address to find Harris, 14, dead from a gunshot wound near his right armpit. Investigators then spoke with two witnesses – one 13, the other 14 – who said they had been walking with the victim when a man pulled up in a car and fired at them. They described the car as an orange/red Dodge Challenger with beads and a pendant hanging from the rearview mirror. One youngster told police he may have been the intended target, not Harris. He also told police he had seen the vehicle and used the nicknames “Juice” and “Peso” to identify the men he had allegedly seen in the vehicle.

The crime sceneDetectives found three 9mm shell casings in the alley behind First Assembly of God Church at 4301 Kenilworth Ave. The church is adjacent to the property where the body was found. South of the church, detectives found two bullet strike marks in the grass and a third mark on a tree. Investigators discovered seven more shell casings at the base of a chain link fence that indicated the shooter had fired at the fleeing youngsters, but had hit Harris, who had fallen in the driveway of the Beverly Avenue house.

The investigators followed the tire tracks in the dirt and grass that indicated the driver had left the area and headed up Kenilworth Avenue. Security camera footage along Cruz’s route captured his Charger at various streets and intersections in the neighborhood.

In the minutes before the shooting, a camera at the Chevron Gas Station at 3303 Kenilworth Blvd. filmed Cruz parking his Charger, walking into the store and buying something at the counter.

After getting back in his Charger, Cruz sat for 13 minutes before driving east on Kenilworth. Cameras along his drive capture him turning south on Roseland Avenue from Kenilworth; the car is not seen for about six minutes, detectives wrote in their report. The detectives again used a string of security cameras to follow Cruz as he drove to the crime scene and entered the alleyway behind First Assembly Church in his car. A figure in one security video can be seen running away from Cruz’s car.

Bullets in the roadAfter Cruz crashed his car on U.S. 27 Tuesday, Reinhart had his suspect. Cruz then pointed to a photograph of Stevenson, identifying him as Cruz’s alleged accomplice in the shooting. Detectives executed a warrant for Stevenson’s arrest at 1 p.m. the next day.

“We have known Lorenza Stevenson for years so we put eyes on his house,” Hart told the Highlands News-Sun. “He was hiding in the house, and for a good hour-and-a-half the SWAT team worked on getting him.”

A Highlands County Sheriff’s spokesman said deputies heard noises in the attic as the warrant was being served. Stevenson was also believed to be armed.

“Everyone backed out and secured the residence and waited for a search warrant to be signed and for SWAT to arrive, the spokesman said. “Shortly after SWAT arrived and began to hail him over the loudspeaker, [Stevenson] came out and surrendered without incident.”

Highlands County Clerk of the Court records show that Cruz was found guilty on careless driving/open container charges in December 2020. He is scheduled to be arraigned on the murder charge before Circuit Court Judge Peter Estrada on Oct. 18 at 8:30 a.m.

Stevenson has a violent juvenile record. In January, he was arrested for aggravated assault with a deadly weapon and for being a delinquent in possession of a firearm; in February, he was charged with grand theft of a firearm. He negotiated a plea deal for the charges in June, was sentenced to time served and was released on three years’ probation.