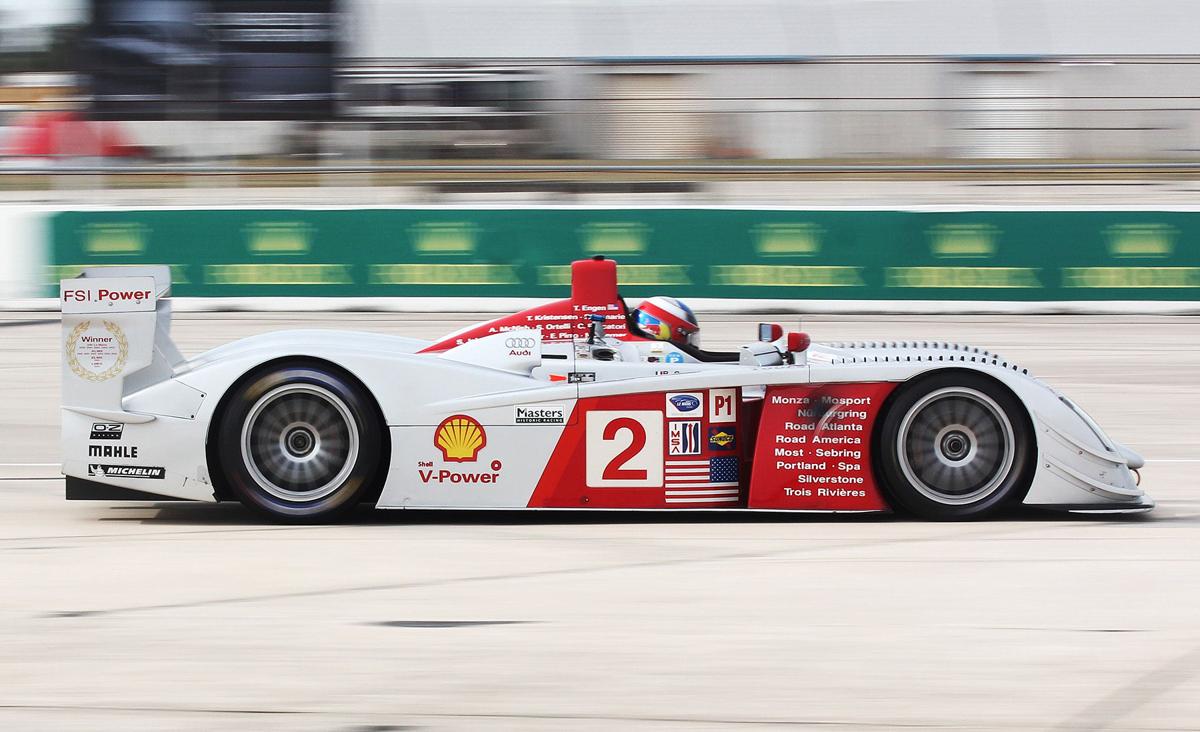 The familiar Audi R8 LMP driven by Travis Engen at a previous Sebring Classic 12 Hour, Presented by the Alan Jay Automotive Network, will return to Sebring next week. 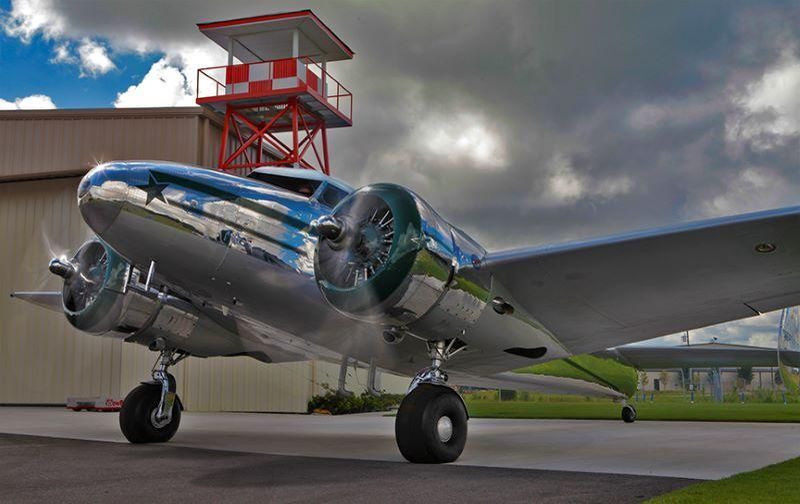 David Marco’s 1938 Lockheed 12A Junior is one of just eight still flying today. 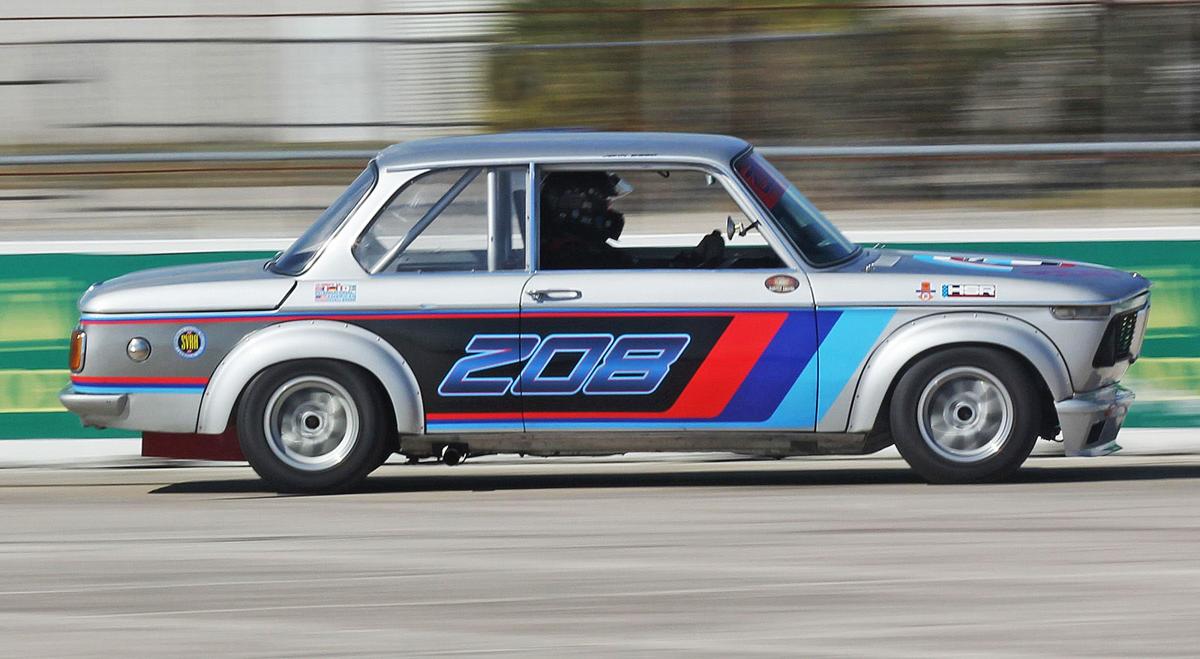 John Bibbo’s 1976 BMW 2002 will be returning to Sebring International Raceway next week. 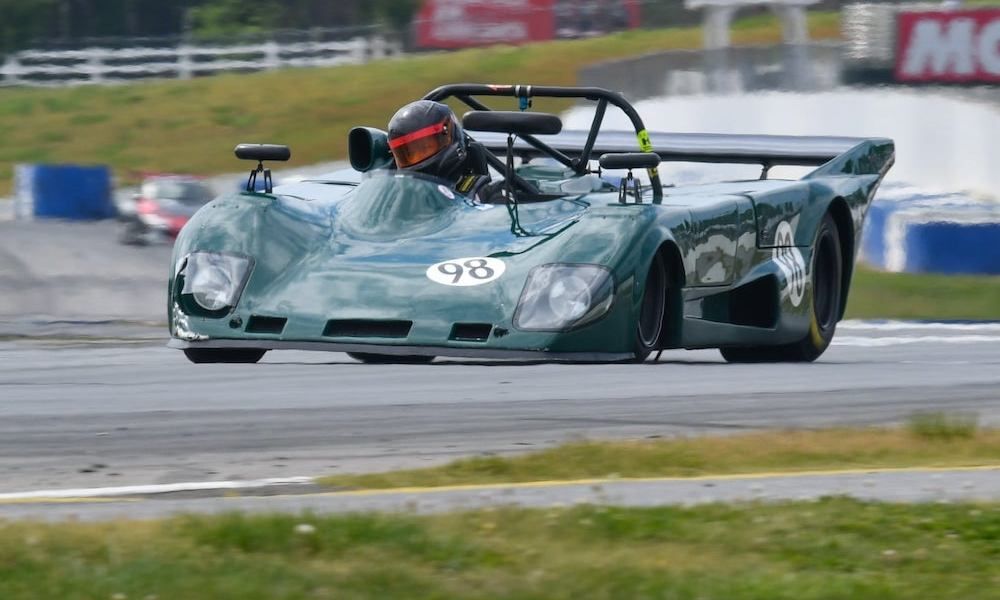 The familiar Audi R8 LMP driven by Travis Engen at a previous Sebring Classic 12 Hour, Presented by the Alan Jay Automotive Network, will return to Sebring next week.

David Marco’s 1938 Lockheed 12A Junior is one of just eight still flying today.

John Bibbo’s 1976 BMW 2002 will be returning to Sebring International Raceway next week.

SEBRING — The Historic Sportscar Racing (HSR) Classic Sebring 12 Hour, Pistons and Props, makes a high-speed return on the track and in the air this week when Sebring International Raceway’s illustrious sports car racing history and patriotic aviation heritage will be honored for the sixth time, Thursday through Sunday, at HSR’s season-ending event.

The HSR Classic Sebring honors the legendary 12 Hours of Sebring sports car race and the facility’s rich aviation history. Hendricks Field was a World War II era civil and military air field on which the famous 12-hour sports car race has been run for nearly 70 years.

The aviation component of the 2020 HSR Classic Sebring 12 Hour was not held due to the COVID-19 pandemic, but the planes and their pilots are back this year with some truly priceless treasures flying in to join the event for the first time.

A battle to watch will be in Run Group B where avid racer and Ford Motor Company CEO Jim Farley is a favorite to end a run of three-straight HSR Classic Sebring victories by Gray Gregory and his 1974 No. 26 Chevron B26 prepared by Phil Reilly and Co.

Farley competes in his RM Motorsports-prepared 1978 No. 198 Lola T298, which is appropriately powered by a Ford Cosworth engine similar to the powerplant in Gregory’s Chevron. Farley drove the Lola to an HSR WeatherTech Sprint race victory last April at the HSR Mitty at Michelin Raceway Road Atlanta. He also picked up an HSR B.R.M. Endurance Challenge overall win in the Lola at Road Atlanta in 2018.

A must-see airplane scheduled to debut at the HSR Classic Sebring is the pristine 1938 Lockheed 12A Junior of David Marco. This Lockheed 12 was originally purchased by Phillips 66 as a corporate aircraft and is one of only eight still flying today.

Another debuting airplane is the 1941 Stearman Roger Brown has owned since 1990 and flown extensively throughout the United States, visiting all 48 contiguous states. Brown’s Stearman, which carries tail number NC33NA, is one of nearly 10,000 built for the U.S. Military by Boeing during World War II. It was used in war years training Air Force cadets and was sold as surplus after the war, spending the next two decades as a crop duster in Oregon.

The major on-track part of the HSR Classic Sebring is the 12 Hours of Sebring tribute race that takes place Saturday and Sunday. It begins with a symbolic 12 hours of non-stop competition Saturday before all four competing Run Groups contest a final round of races Sunday to bring the Classic Sebring 12 Hour to a finish.

Tickets will be available at the gate. Prices are $70 for all four days of racing; $50 for a two-day pass; single-day tickets for Thursday, Friday or Sunday are $25, while a single-day pass for Saturday is $35. RV parking is available for an additional $100, while tent camping is an additional $40.

For a detailed schedule, entry list or for more information, visit hsrrace.com.