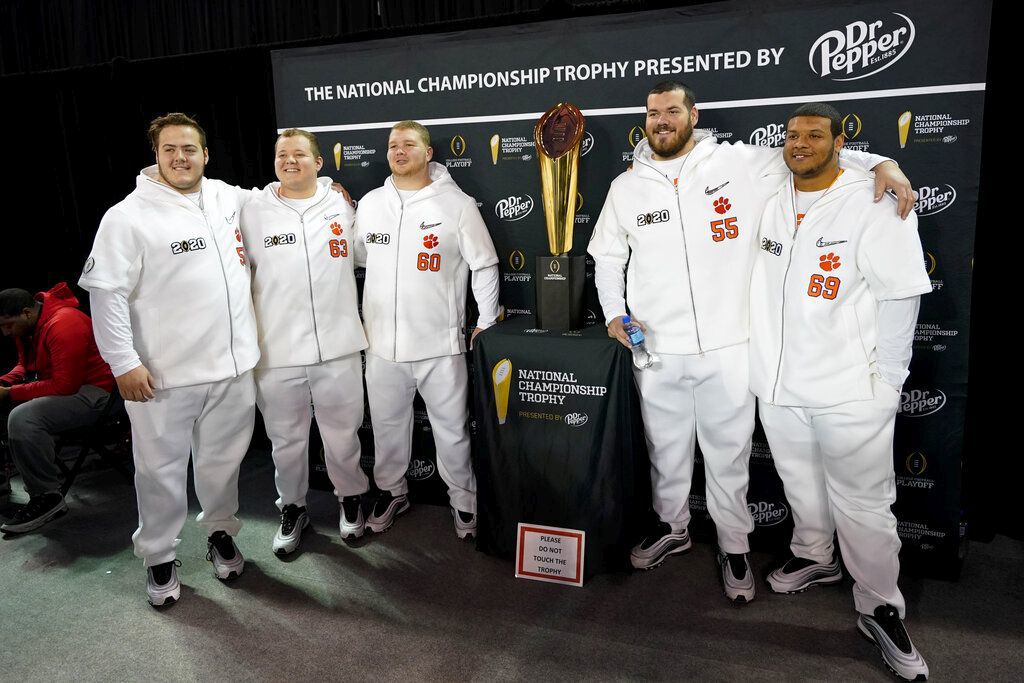 Members of the Clemson offense pose with the trophy during media day for NCAA College Football Playoff national championship game. 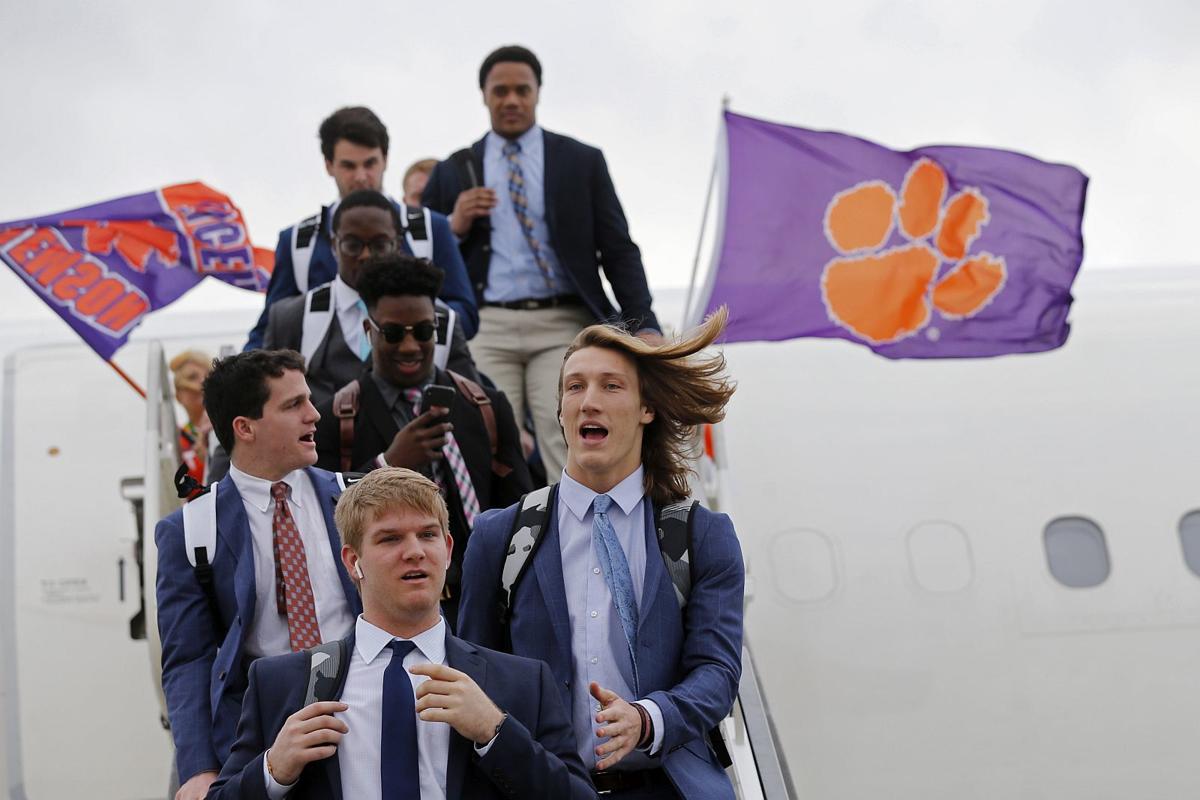 Members of the Clemson offense pose with the trophy during media day for NCAA College Football Playoff national championship game.

NEW ORLEANS — Clemson coach Dabo Swinney has this drill down.

The Sunday before the College Football Playoff championship game a news conference is held with the head coaches. They compliment each other’s team and talk about focus and preparation. After, they shake hands and pose for photographs with the trophy that goes to the winner.

This was Swinney’s third time doing the dance, always as the team trying to derail a dynasty. Now his Tigers are on the cusp of joining exclusive in college football history.

No. 3 Clemson (14-0) will try to become the fourth team since The Associated Press began crowning college football national champions in 1936 to win three titles in four seasons when it faces No. 1 LSU (14-0) on Monday night at the Superdome.

“They know,” Swinney said of his players. “They’re very well aware of what they’ve been able to achieve. And listen, regardless of what happens in the game, it’s really been a historic run. To win two out of the last three national championships is amazing.”

To win the first two, Clemson upset Alabama twice in the championship game. The Tigers also lost twice to Nick Saban’s Crimson Tide in the playoff, including in the 2015 final.

In those previous Sunday-before-the-final news conferences, it was often Swinney — who grew up in Alabama and played on the Tide’s 1992 title team — being asked to put Saban’s unprecedented tenure in Tuscaloosa into perspective.

Fast forward to Sunday and it’s Clemson that has put itself in position to match one of Alabama’s greatest accomplishments. The Crimson Tide was the last team to win three championships in four seasons, winning BCS titles in 2009, ‘11 and ‘12. The Tide has won five championships in 13 seasons under Saban.

Nebraska, under coach Tom Osborne, won national titles in 1994-95 and then shared the championship in 1997 with Michigan after being voted No. 1 in the final coaches poll.

A case cab be made that what Clemson is trying to do would top them all.

The playoff makes teams go through two quality opponents to earn a championship. The Tigers were the first major college football team in the modern era to go 15-0 last year and will have to do it again to repeat, beating two undefeated opponents in Ohio State and LSU along the way.

A victory Monday night in front of what will unquestionably be a partisan crowd in LSU’s backyard will make Clemson the seventh major college program since 1950 to win at least 30 straight games.

The last team to win back-to-back national titles with a perfect record was Nebraska in the mid-90s. Those Cornhuskers played a total of 25 games.

Swinney has often complained this season that his team hasn’t received the respect it deserved while running roughshod through the Atlantic Coast Conference. Clemson was the first AP preseason No. 1 to end the season No. 3 despite not losing a game since it happened to Alabama in 1966.

Swinney turned perceived slights into fuel for his team. Clemson is a verified college football superpower, but the Tigers remain upstarts, still with something to prove in their minds.

“Ever since I’ve been at Clemson that’s how it’s been,” All-America linebacker Isaiah Simmons said. “We always get the, ‘We don’t play anybody,’ this and that.

So Clemson is embracing that narrative entering this championship game as underdogs again. LSU is about a six-point favorite behind Heisman Trophy winner Joe Burrow and a record-breaking offense.

The senior who transferred from Ohio State in 2018 is on pace to break the FBS record for completion percentage at 77.6. He has thrown for 5,208 yards and 55 touchdowns. Burrow can become the first Heisman winner to win the national title since Alabama’s Derrick Henry helped the Tide beat Clemson in the 2015 title game, and the first Heisman winning quarterback to win it all since Florida State’s Jameis Winstion in 2013.

Burrow is the odds-on favorite to be the first player selected in the next NFL draft. The quarterback on the other side, Trevor Lawrence, is already the front-runner to be No. 1 overall in 2021.

The sophomore has yet to play in a losing game in college and Clemson is 25-0 when he starts.

“A winner, very quick release, very well-coached, outstanding feet, knows where to go with the ball, can run,” Orgeron said, rattling off what makes Lawrence so good.

No matter what happens tonight, Clemson will begin next season as one of the favorites to win the national title. The 50-year-old Swinney also just signed the highest-rated recruiting class he has ever had in 10 seasons at Clemson.