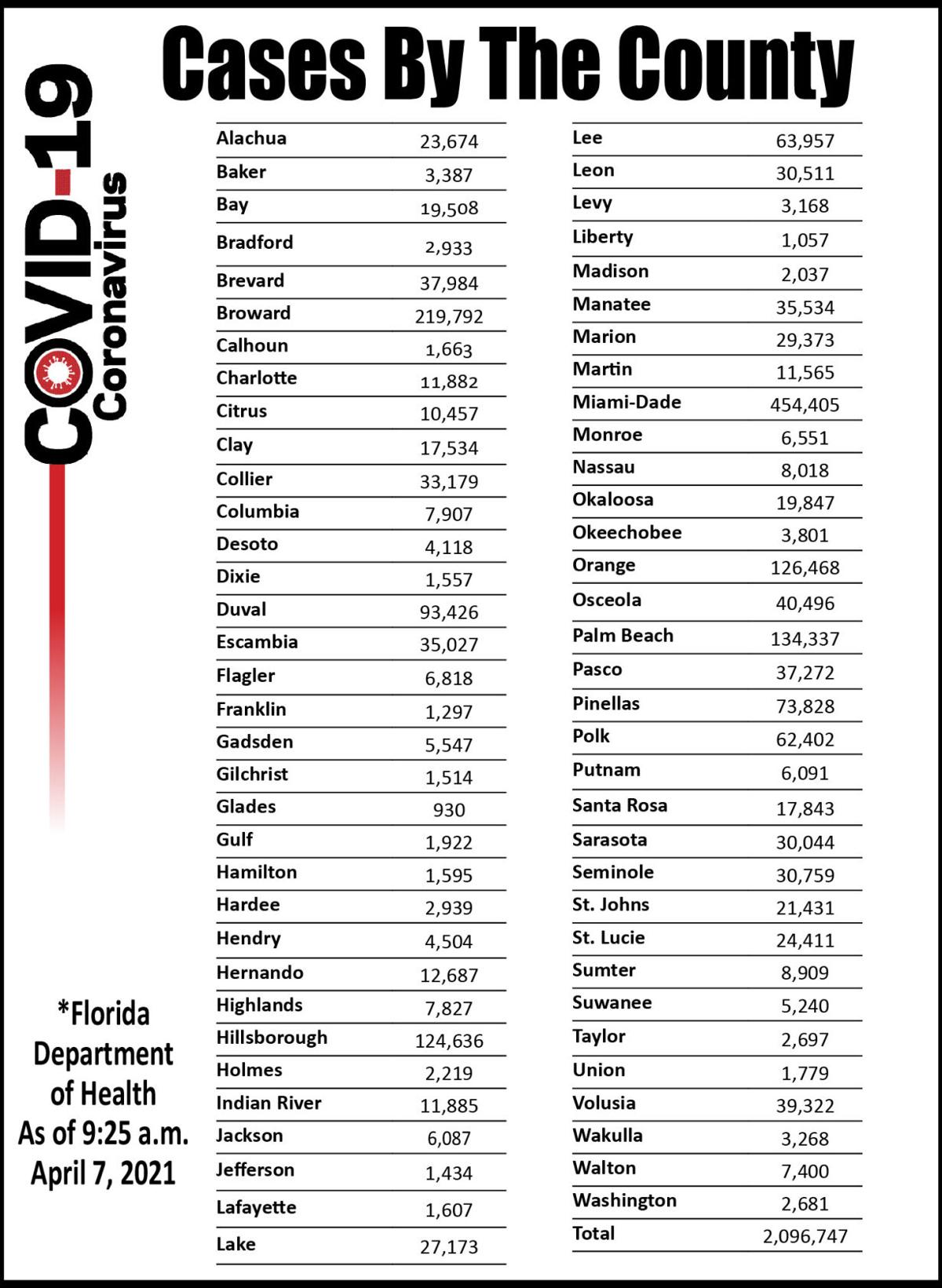 Highlands County’s COVID numbers continue to climb as the week progresses. The only improvement to the Florida Department of Health’s daily coronavirus report is the slight decrease in the positivity rate. Unfortunately, the small increases in new cases everyday is building and more deaths have been reported overnight. There have been six deaths over the past three days.

The county had an increase of 32 new cases of infection on Wednesday. The new cases brought the overall tally to 7,827 positive tests. The cases can be divided by 7,739 residents and 88 non-residents who have contracted the virus.

On the FDOH report, there were two deaths reported overnight to bring the death toll to 328 in the county. This has been a harsh week for deaths with one on Sunday, three on Tuesday and two on Wednesday.

Testing continued to be on the rise with 313 processed and 279 negative results. The positivity rate came down a bit to 10.86%. That’s down from the previous day but still too high.

Hospitalizations went up by two admissions for COVID to 620. The Agency for Health Care Administration showed 29 people hospitalized as of Wednesday afternoon. Statewide there were 3,104 patients being treated in the hospitals for the coronavirus.

Cases from long-term care facilities have been going up by two and is now at 684. Corrections cases remained the same at 126.

The Highlands County Board of County Commission is providing Moderna vaccines to those 18 years and older in the former JCPenney store at Lakeshore Mall on Wednesdays through Saturdays. The HCBoCC schedule is as follows:

Eligible individuals may register for an appointment by calling toll-free at 866-200-3858 or by visiting myvaccine.fl.gov.

New cases statewide continue to climb with 5,885 added overnight. The new cases brought the overall total to 2,096,747 infections. Florida residents make up 2,057,359 of those cases and 39,388 non-residents make up the other cases.

After not updating the variant case count on Easter, the Centers for Disease Control and Prevention found itself updating variant numbers on consecutive evenings and there were an additional 764 cases of the U.K. variant in the United States on Tuesday evening. There have now been 16,275 U.K. variant cases.

There were 67 new cases of the Brazilian variant overnight, with 20 of them found in Florida. Of the 356 cases in the country, Florida has seen 84.

Deaths climbed considerable in the United States on Tuesday. After seeing 310 and 380 deaths the two previous days, states announced 828 new deaths on Tuesday.

New cases were down slightly from Monday’s numbers, with 59,786 new cases reported.

Hospitalizations were up close to 2,000, although nearly half of that can be attributed to Michigan not reporting hospitalizations for several days. There were 38,783 hospitalized on Tuesday, with 7,416 reported as being in ICU units, but not all states break down the number in intensive care.

According to the Johns Hopkins University Center for Systems Science and Engineering, the United States has seen 30.88 million cases and had 558,626 virus-related deaths.

Globally, there have been 132.6 million cases and 2.88 million deaths.