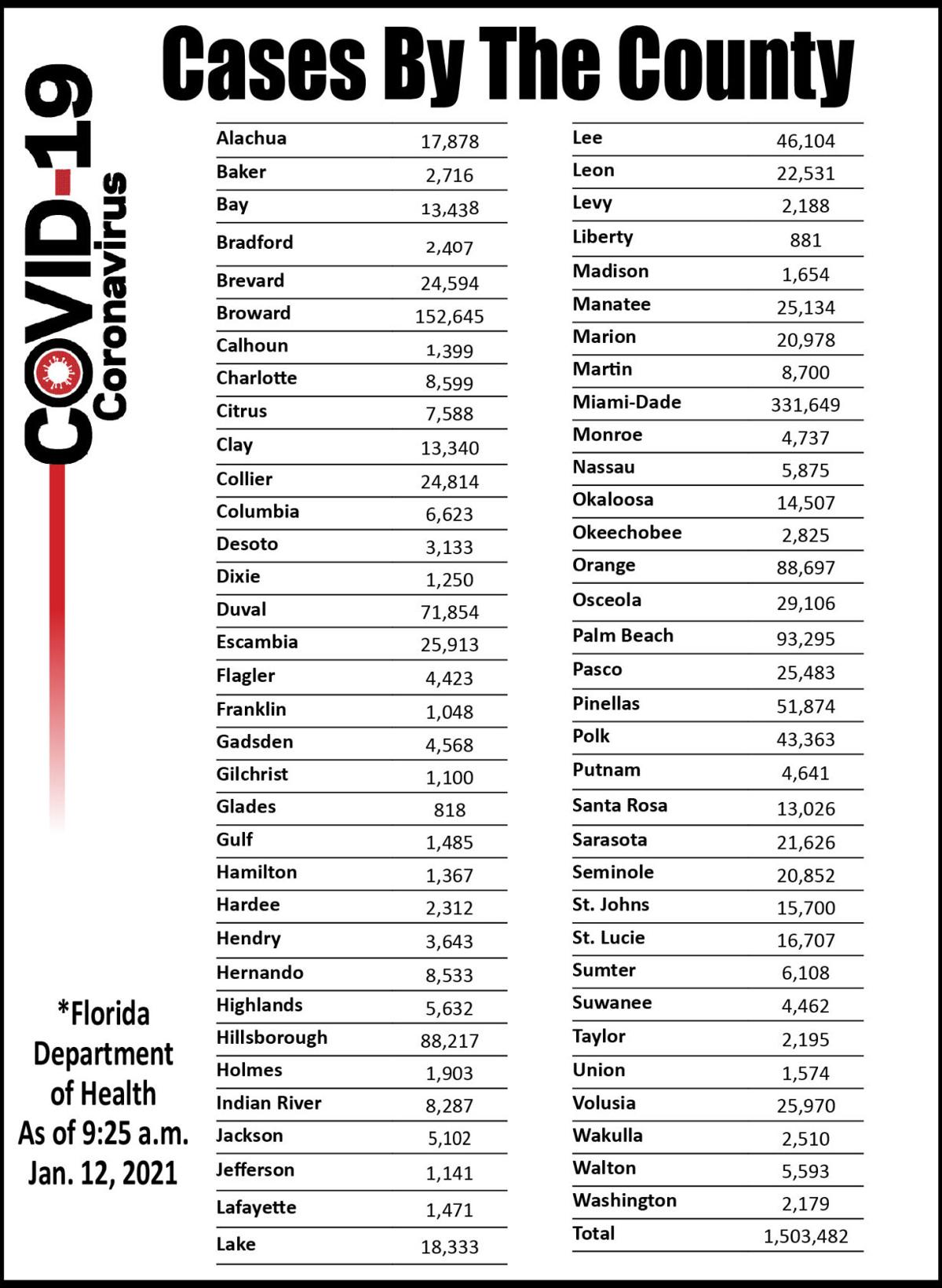 After three straight days with lower numbers, Highlands County made a turn for the worst, with the release of Tuesday’s COVID-19 numbers by the Florida Department of Health. The county saw an increase of 75 cases, raising the overall total of cases to 5,632. Fifty-nine of those cases have been found in non-residents.

Testing was still relatively low, with 346 tests processed for the day, which resulted in a positivity rate for new cases of 22.25%, which is the worst the county has seen in the last 14 days.

There were an additional five deaths, which raises the death total to 225.

The median age for new cases was 53, which is just slightly higher than the overall median age of 51. Of the new cases, eight of them were found in children aged 14 and under.

Hospitalizations did take a major drop, with the Florida Agency for Health Care Administration reporting 53 hospitalized with a primary diagnosis of COVID on Tuesday, which is 10 fewer than Monday.

Not all the news on the hospitalization front was good, however, as ACHA was showing all 27 ICU beds in in Highlands County taken as of Tuesday afternoon, while eight out of 277 regular hospital beds were available.

Highlands County did give 129 vaccines on Monday, with seven receiving their first dose and the other 122 receiving the second shot in the series. The county has given vaccines to 1,999 people.

Statewide, there was also a bump after seeing lower numbers the previous two days. There were 14,896 new cases reported, which pushes Florida past the 1.5 million mark, with 1,503,482 cases. Residents account for 1,476,484 of the cases, with non-Florida residents making up the other 26,998 cases.

Testing made a slight uptick from the two previous days, with 137,749 tests processed and a positivity rate of 10.62%, which is comparable to rates seen the past four days.

Vaccines in the state picked up on Monday, with 36,010 people receiving their first shot and another 9,903 receiving the final shot in the series. The state has now vaccinated 648,353 people, with 51,234 people having received both shots.

Deaths are likely to be higher on Tuesday, as the California Department of Public Health showed California’s numbers down a bit at 36,487 cases, but deaths were twice as high as Monday, with 548 new deaths reported.

According to the Johns Hopkins University Center for Systems Science and Engineering, the United States has now seen 22.7 million cases and 378,849 deaths.

Globally, there have been 91.3 million cases and 1.95 million deaths.