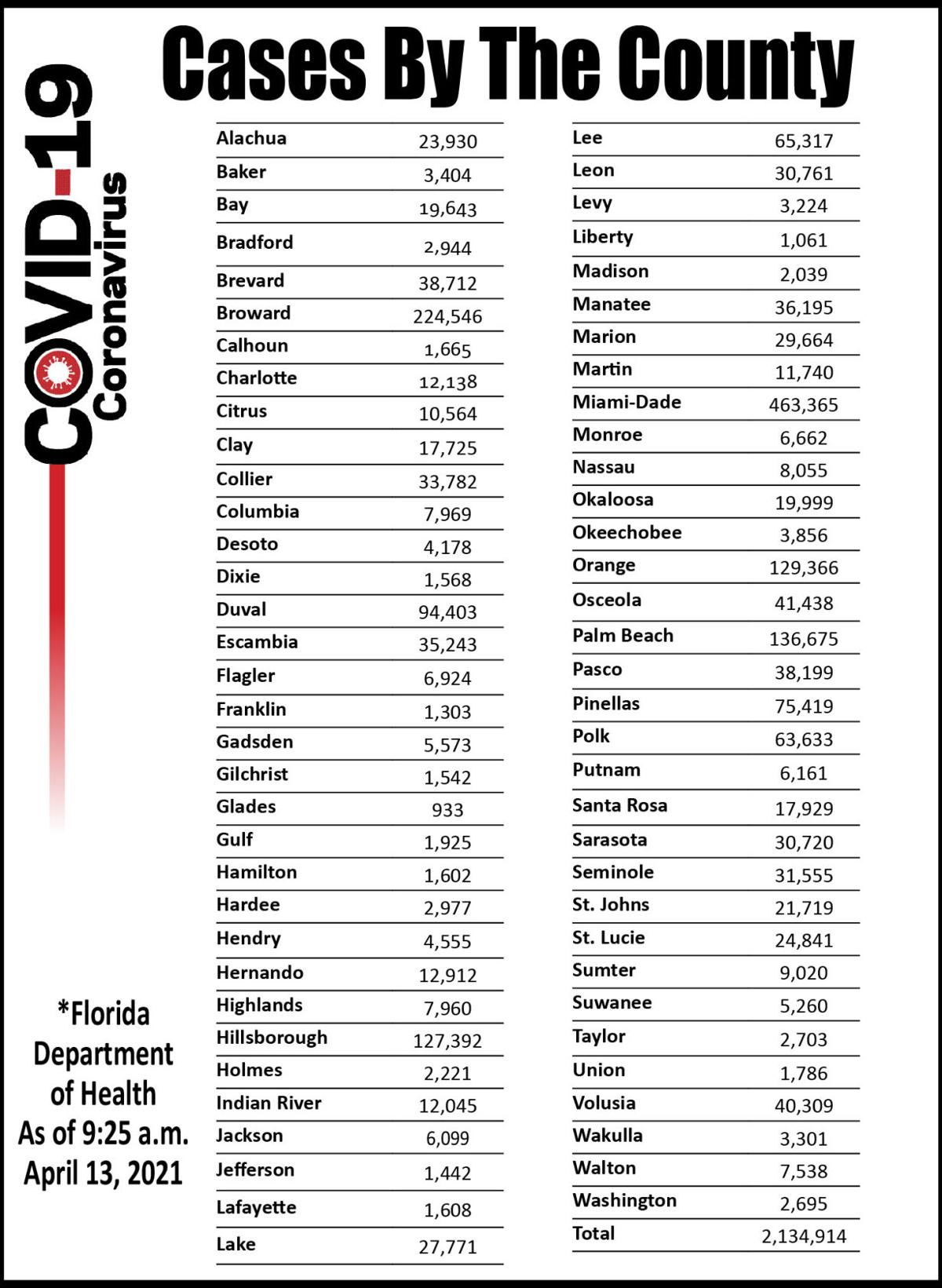 Highlands County had some disappointing coronavirus news when the Florida Department of Health released the Tuesday daily update. After two days of new cases of COVID-19 being in single digits, new cases shot up to 32.

In addition to the increase of new cases, there were two additional deaths reported since Monday’s report. The death toll is now 331 deaths that have been attributed to COVID-19.

Testing more than doubled on Monday with 365 resident tests processed. The positivity rate on Tuesday’s report was 9.32%, significantly higher than the previous day and the highest since April 6.

Hospitalizations increased by three admissions on Tuesday for a total of 631 patients treated for coronavirus. The Agency for Health Care Administration showed 29 patients were hospitalized Tuesday afternoon with a primary diagnosis of COVID-19. The same agency showed 3,257 patients currently being treated for the virus in hospitals across the state. There have been 87,287 hospitalizations in the state.

Long-term care facilities have seen 695 cases of the virus. Deaths from staff and residents in long-term residents remained at 85 people. Corrections added a new case to total 127 cases.

Florida saw 13% of its new cases in the 14 and younger age group, while just 8% of the new cases were in the 65 and over age category.

Deaths nearly doubled from the previous day at 64 people who died from the coronavirus. Total deaths have risen to 34,784. The deaths can be divided by 34,120 residents and 664 non-residents.

Current hospitalizations climbed back past the 40,000 mark, with 40,098 hospitalized. The seven-day average of 39,536 is 10% higher than numbers seen two weeks ago.

According to the Johns Hopkins University Center for Systems Science and Engineering reported the U.S. with a total of 31.3 million cases and 563,027 deaths.

Globally, there have been 137 million cases and 2.95 million deaths.