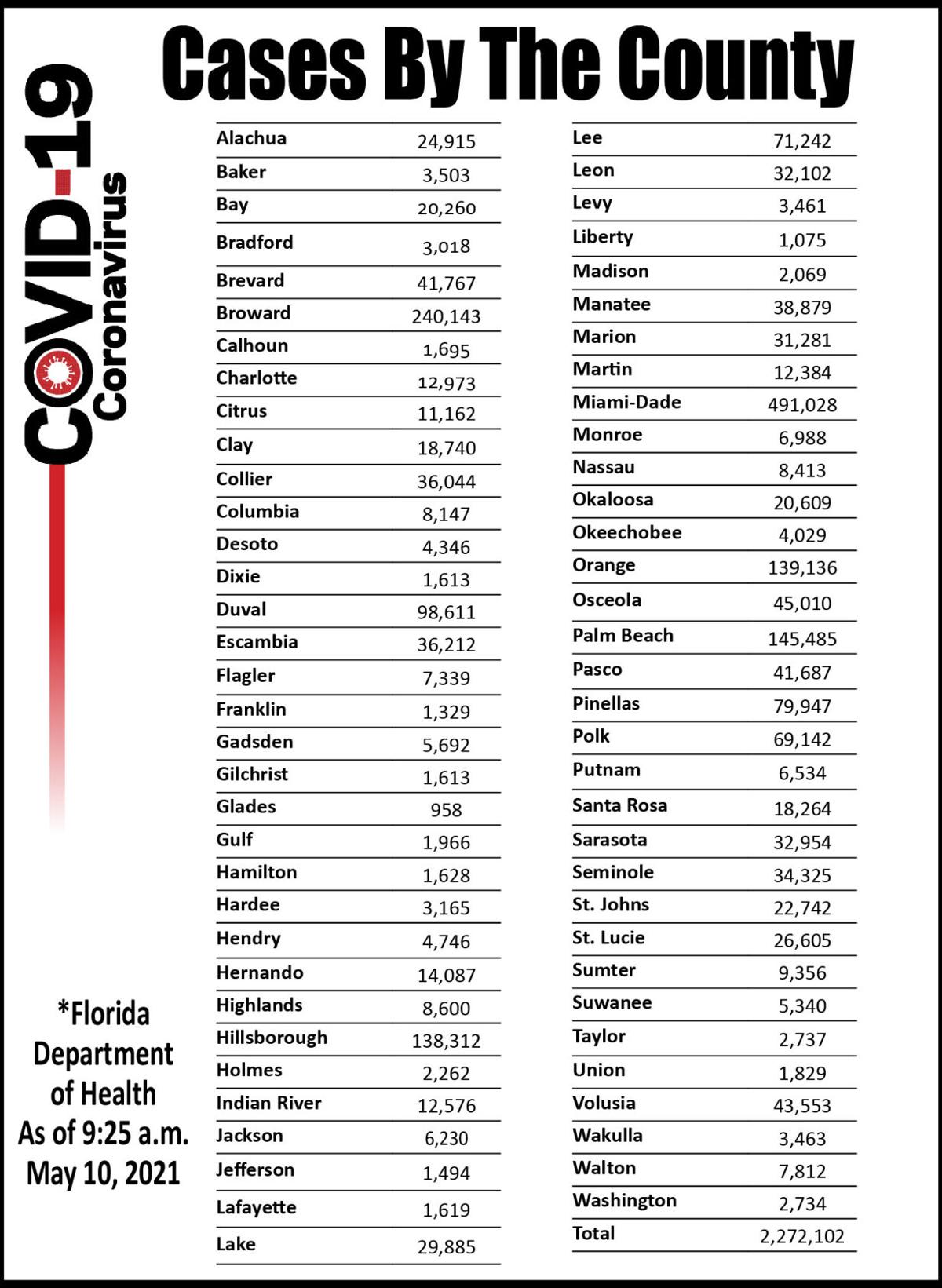 The typical weekend lag continued on into Monday, as the Florida Department of Health released its COVID-19 numbers update. Highlands County added six new virus cases, which raises the total to 8,600. Of those, there have been 8,503 resident cases and 97 non-resident cases.

Testing was also down considerably, with just 91 resident tests processed on Sunday, which resulted in a positivity rate of 7.14%. Down from the previous day.

Deaths remained at 357 and there was one additional hospitalization, which brings the overall total to 662. According to the Agency for Health Care Administration, there were 24 hospitalized on Monday with a primary diagnosis of COVID-19, which is an increase of six from Sunday.

There is a lag in FDOH’s vaccine reporting, as Sunday’s vaccine update showed just 15 vaccines given in the county on Sunday, a number that is likely to increase over the next few days. The previous low over the past two weeks was the 78 vaccines given on April 25, which was also the last time at least 100 vaccines weren’t given in Highlands County.

The state reported 52 new deaths for the day, raising the overall total to 36,498, which consists of 35,783 resident deaths and 715 deaths in non-residents.

The state’s vaccination numbers were also down considerably, although they also fall victim to the frequent lag in reporting vaccines. Monday’s report shows only 18,809 vaccines given in the state on Sunday, which is far less than the previous low number over the last two weeks of 65,803, which were given on May 2.

Vaccines are slowing down in the country, which the Centers for Disease Control and Prevention says really isn’t a huge surprise.

“Following a rapid acceleration in vaccination rates, we are now seeing U.S. vaccination progress slow,” the CDC said in a statement. “This is not surprising considering the prior focus on vaccinating people at increased risk. Also, people eager to be immunized when they became eligible may have already secured their vaccine in line with increased supply.

“While more than 8 in 10 people 65 years and older have received at least one dose of vaccine, only around 1 in 3 people ages 18-29 have. All age groups currently eligible for the vaccine can benefit from the protection it provides themselves and others, especially as more states are easing prevention measures.”

According to the Johns Hopkins University Center for Systems Science and Engineering, the U.S. has seen a total of 32.7 million cases and 581,754 deaths.

Globally, there have been 158.5 million cases and the latest death toll was 3.30 million.