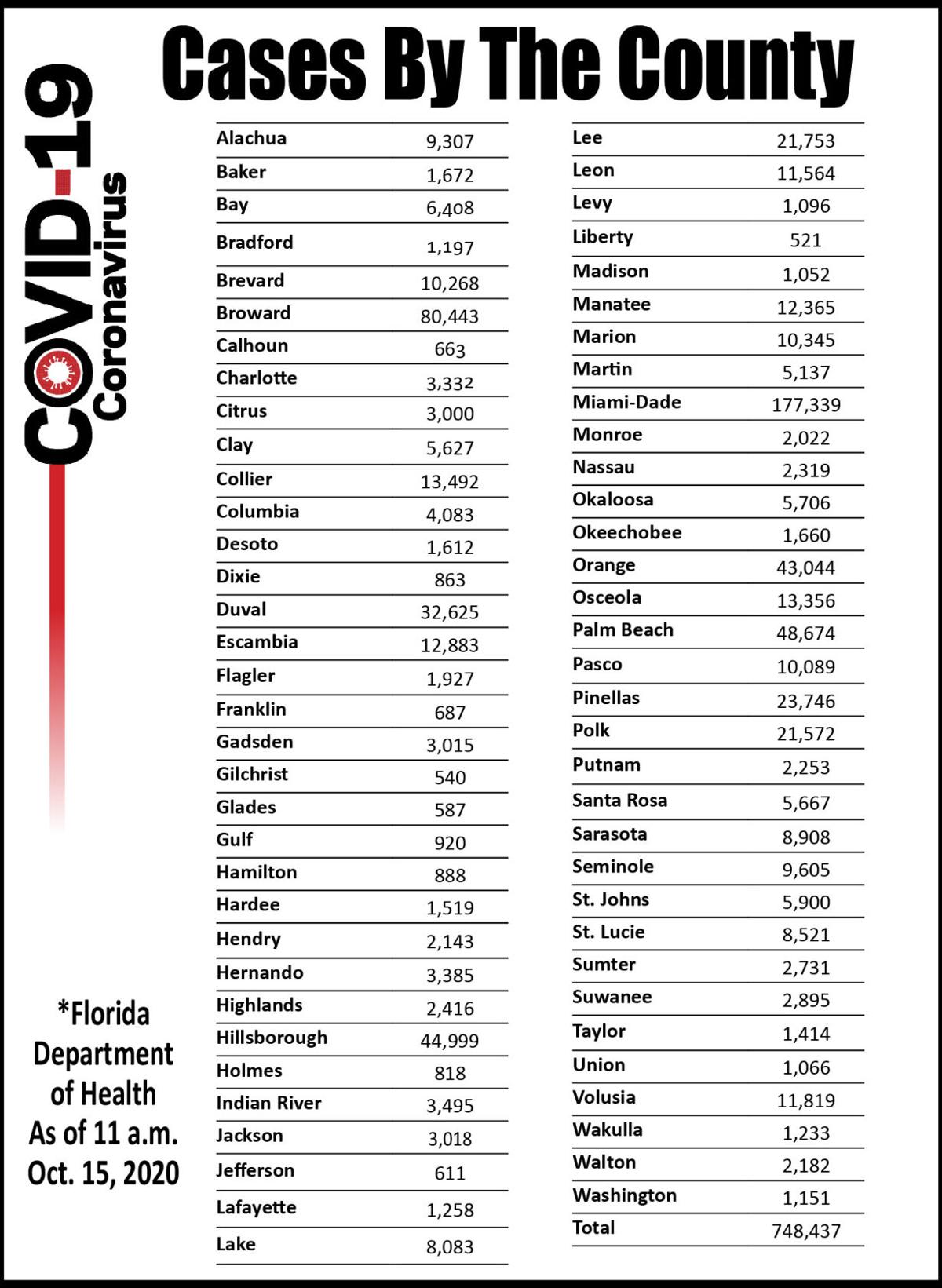 SEBRING — Highlands County had 10 new cases, for a total of 2,416, and one more death, for a total of 101, in the latest COVID-19 update from the Florida Department of Health.

Currently there are 21 hospitalized in Highlands County due to the coronavirus.

Statewide, the case count increased by 3,449 to a total of 748,437 to date. There were 94 virus deaths reported for a total of 15,830 Florida residents who have died over the course of the pandemic. There have been 200 non-resident deaths in the state.

Statewide, the previous day testing results positivity rate was 4.36%. It was 3.01% in Highlands County.

In the Heartland, Okeechobee County had the most favorable previous day testing results with only two new cases and a positivity rate of 1.47%.

The much smaller Glades County had only three new cases, but from fewer tests (nine), so it had a high positivity rate of 33.33%.