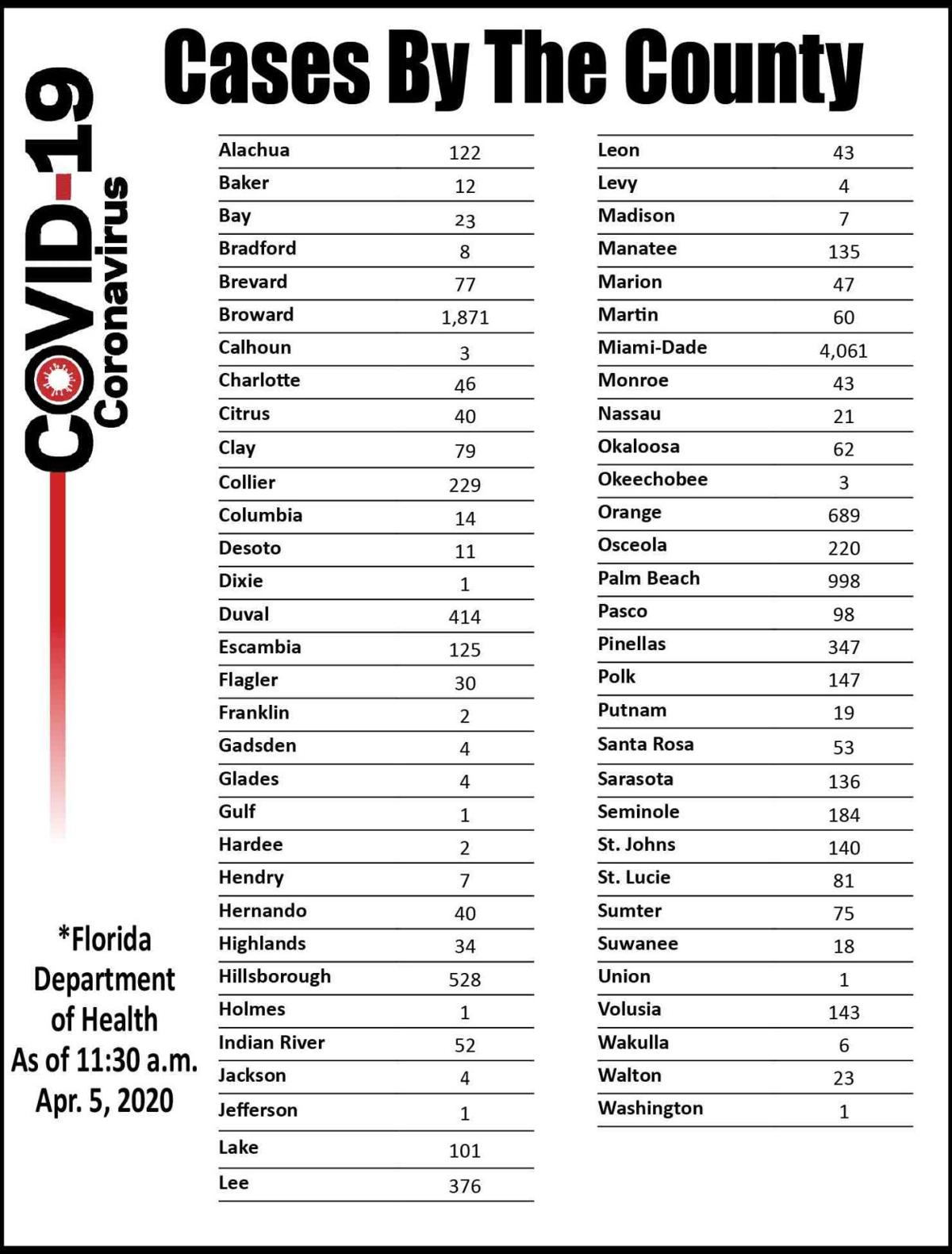 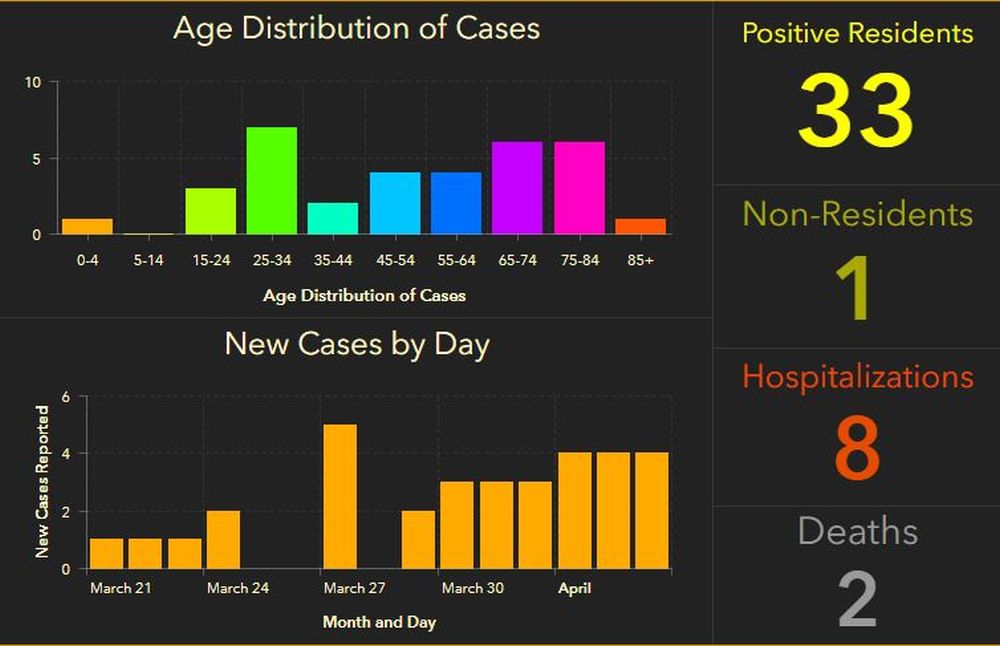 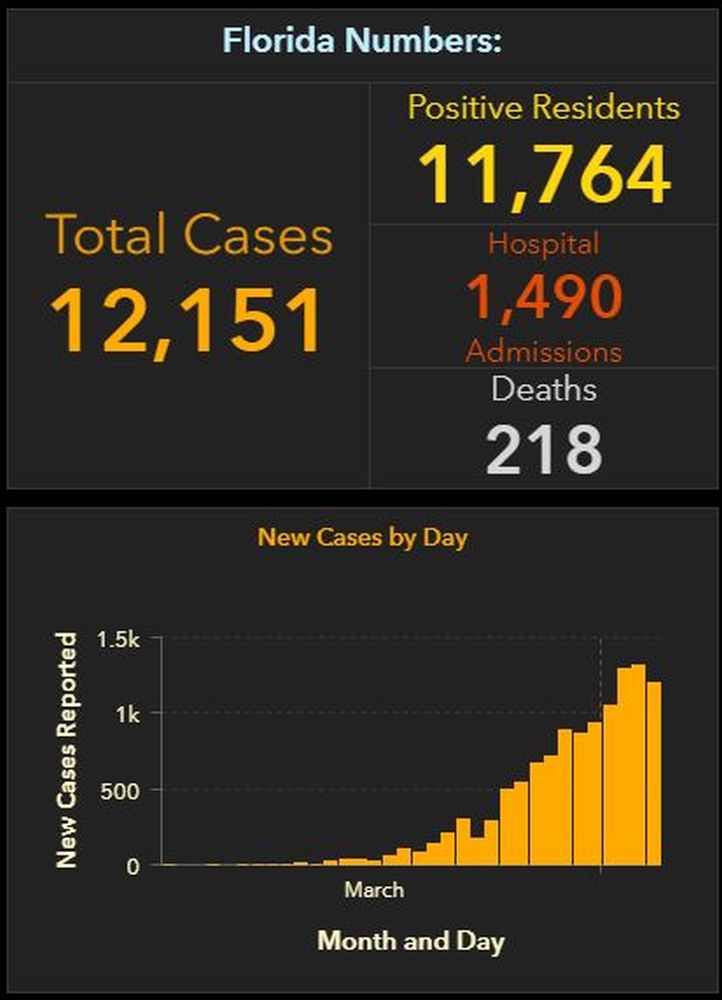 The number of positive coronavirus cases in Highlands County continues to climb, reaching 34 in the Sunday morning release of numbers by the Florida Department of Health. Thirty-three of the positive cases in the county are from Highlands County residents, with one non-resident from New Jersey turning up on the list.

Of The 34 positive results in the county, 20 belong to men, with women accounting for the other 14.

The Department of Health lists 262 tests administered in the county and the positive rate of 12.97% is slightly higher than the state average, which was 10.6% as of Sunday morning. There have been huge differences between the individual testing labs throughout the state, with labs in heavily infected areas, such as Miami-Dade, having a greater percentage of positive tests. Of labs which have administered at least 1,000 tests through Sunday morning, the only three to yield a 20% or higher positive rate were all from the Miami area.

Among labs to have administered 100 or more tests, the positive percentage runs from 3% all the way to 100% depending on the testing facility.

On a state-wide level, cases climbed to 12,151, with 11,764 of those Florida residents. Miami-Dade had the most positive cases at 4,061. Broward County had 1,871, giving the two counties nearly half of the positive cases in the state. There are still several counties in the state yet to show a positive result.