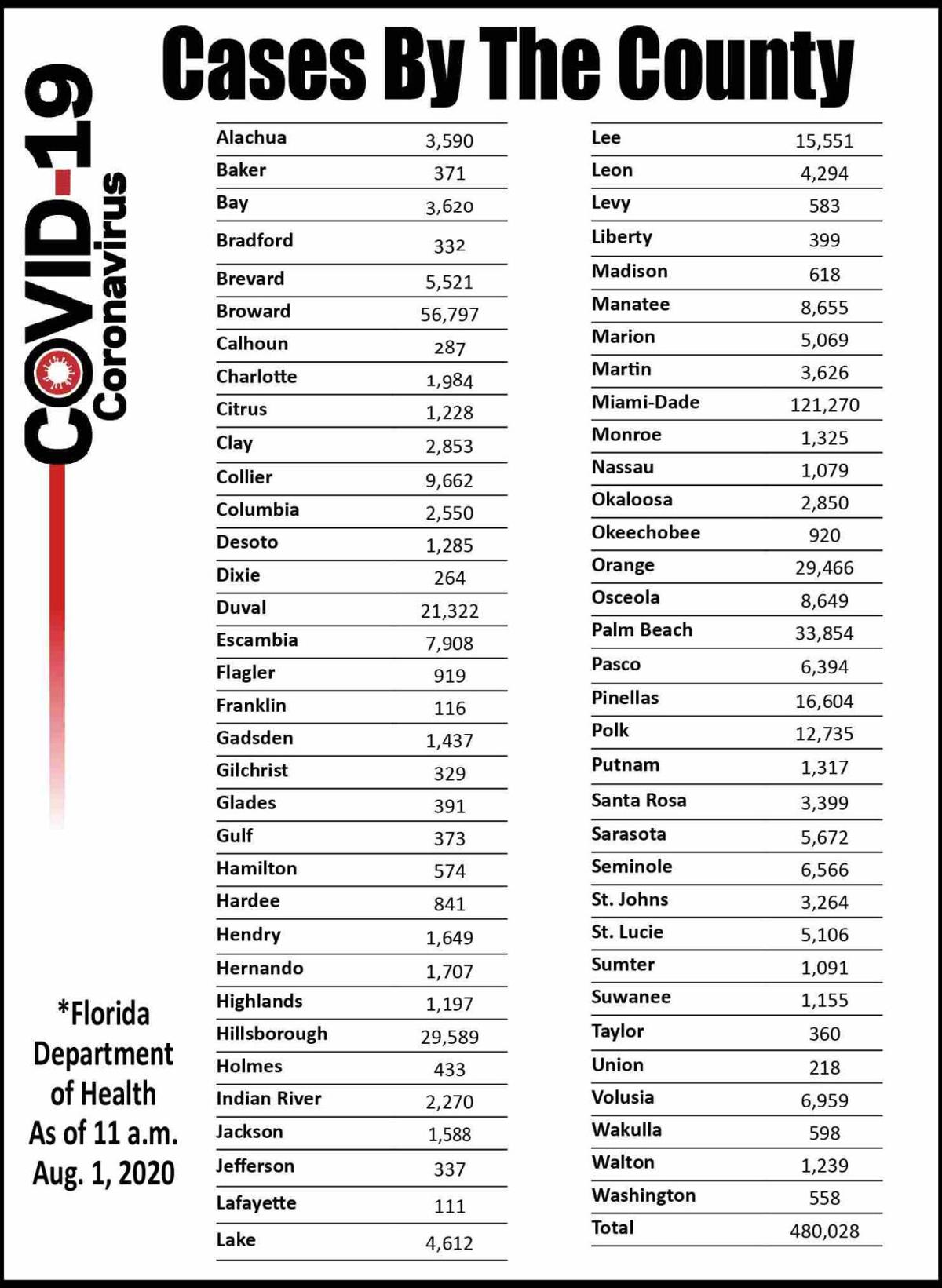 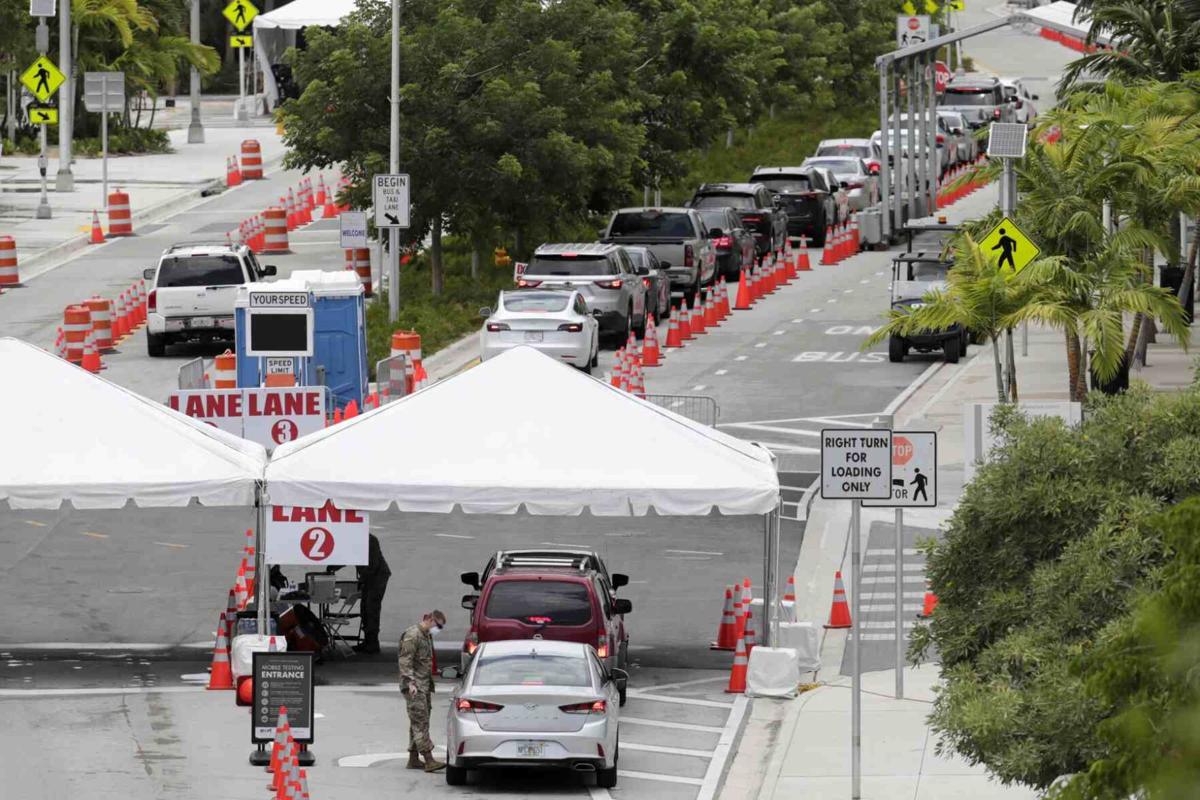 In this Sunday, July 12, 2020, vehicles wait in line at a COVID-19 testing site at the Miami Beach Convention Center during the coronavirus pandemic in Miami Beach, Fla. As coronavirus cases surge in hard-hit Florida, so do the turnaround times for test results.

In this Sunday, July 12, 2020, vehicles wait in line at a COVID-19 testing site at the Miami Beach Convention Center during the coronavirus pandemic in Miami Beach, Fla. As coronavirus cases surge in hard-hit Florida, so do the turnaround times for test results.

The statewide death toll may have dropped, but it was a rough day for Highlands County, which saw an additional three COVID-19-related deaths with the release of Saturday’s numbers by the Florida Department of Health. That brings the death toll in the county to 29. The ages of the three new deaths ranged from 62 to 80.

The county saw 36 new confirmed cases, raising the total to 1,197. There were 235 negative tests, yielding a positivity rate of 13.3% — the third-highest rate the county has seen in the past two weeks.

Twenty of the new cases were found in those age 44 or younger and the median age for the new cases was 40. This followed three straight days of a median age in the 50s and a lower median age is viewed as a positive, as younger people have shown an ability to fend off the virus better.

Of the 29 deaths in Highlands County, 17 have been in those age 75 and older and there has been only one person under the age of 54 to have died.

With schools making final plans regarding reopenings, the state’s Pediatric Report — showing detailed information on COVID-19 cases in those 17 and younger — was a bit of a mixed bag. There were 4,896 new cases, which is a decent drop from the 7,980 new cases last week, but there were also 61 new hospitalizations, which is up four from last week’s 57.

Highlands County has seen 81 cases in those 17 or younger. There have been 827 negative tests for a positivty rate of 9.8%, which is five full points below the state average of 14.8%. Positivity rates have varied greatly by county, ranging from the 3.8% in Franklin County to the 25.6% found in Glades County.

Throughout the state, there have been 36,046 cases in those under 18, with 35.7% of those cases occurring in the last two weeks.

The World Heath Organization recommends a positivity rate of 5% or less for two weeks before reopening.

Nearby DeSoto County saw an increase of 22 cases and now has a total of 1,285. Of the new cases, 12 were found in those age 24 or younger and the median age for the day was just 21, the lowest DeSoto has seen in the past two weeks.

Glades County saw an increase of two after three straight days of no new cases, but the county has tested just 39 people the past seven days. Of the 391 cases in Glades, 261 of them are related to a correctional facility.

Hardee County saw nine new cases, with five of those occurring in the 24-and-under crowd. The county has now seen 841 cases.

Okeechobee County saw an increase of 30 cases on just 115 tests for a positivity rate of 26.1% for the day. Twelve of the cases were in those 24 and younger.

Nationally, there have been 4.58 million cases and 153,642 deaths. Florida trails only California in the number of cases and is No. 7 in deaths due to the virus.