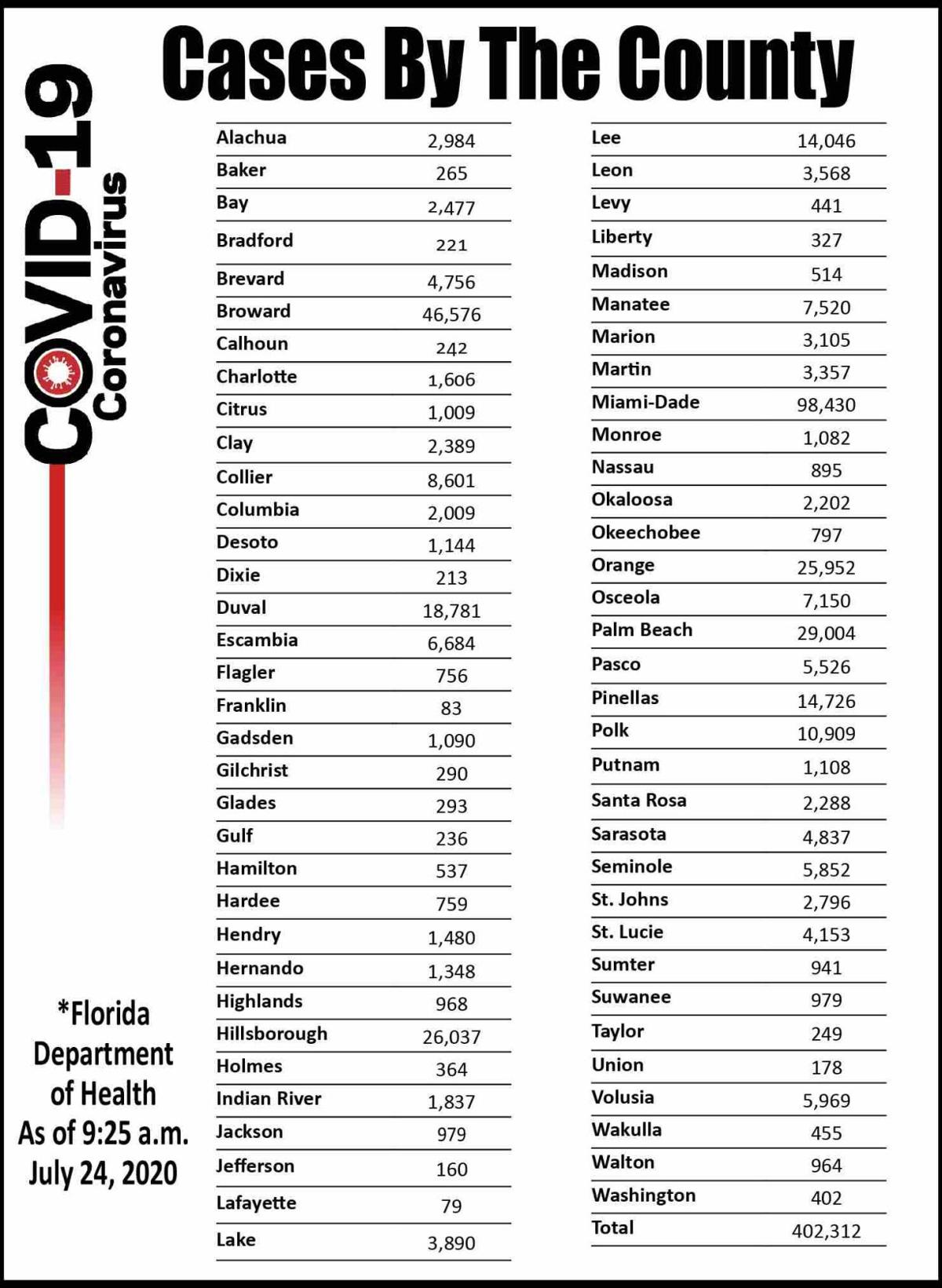 Highlands County saw an additional six deaths attributed to COVID-19 with the release of Friday’s updated numbers by the Florida Department of Health. Three of the six cases had contact with a confirmed case, while two were unknown and one was listed as not having contact with anybody who had a confirmed case.

The overall count in the county saw an increase of 56 cases, bringing the total in Highlands County to 968. There have been 120 hospitalizations, with 57 currently hospitalized. The county’s hospitalization rate of 12% is nearly double the state average.

The median age on new cases reported in the last 24 hours was 34, marking just the second time in the past two weeks that number has been below 40. The county median overall is 48 years of age.

Florida saw an additional 135 deaths among Florida residents to bring the total to 5,653. An additional non-resident death was reported to move that total to 115, making the combined count 5,768 deaths.

The average number of deaths in July is 89 per day, which is more than double the 41 deaths seen per day in April. Both May and June were below 40 deaths per day.

There were 12,444 new confirmed cases in Florida, with a positivity rate of 13.31%, which is more than double the 5% the World Health Organization likes to see before recommending re-opening. The median age for new cases in the state was 42, making the 12th straight day that number has been between 40 and 42.

In nearby counties, DeSoto County saw an additional 22 cases to move to 1,144 total. The county’s positivity rate was 7.4%, marking the sixth time in the past seven days DeSoto was under 10%.

Glades County has been fairly stable the past four days — with just seven new cases, but has only given 41 tests in that time period. The majority of cases in Glades are correctional facility cases, which have been responsible for 175 of the 293 cases, which is 60%.

Hardee County saw a massive jump of 25 cases, bringing its total to 759 cases. The county has seen a positivity rate greater than 10% in 10 of the last 11 days.

Nationally, the United States moved to 4,057,100 cases, according to Johns Hopkins University Center for Systems Science and Engineering. There have been 144,524 deaths in the country attributed to COVID-19.