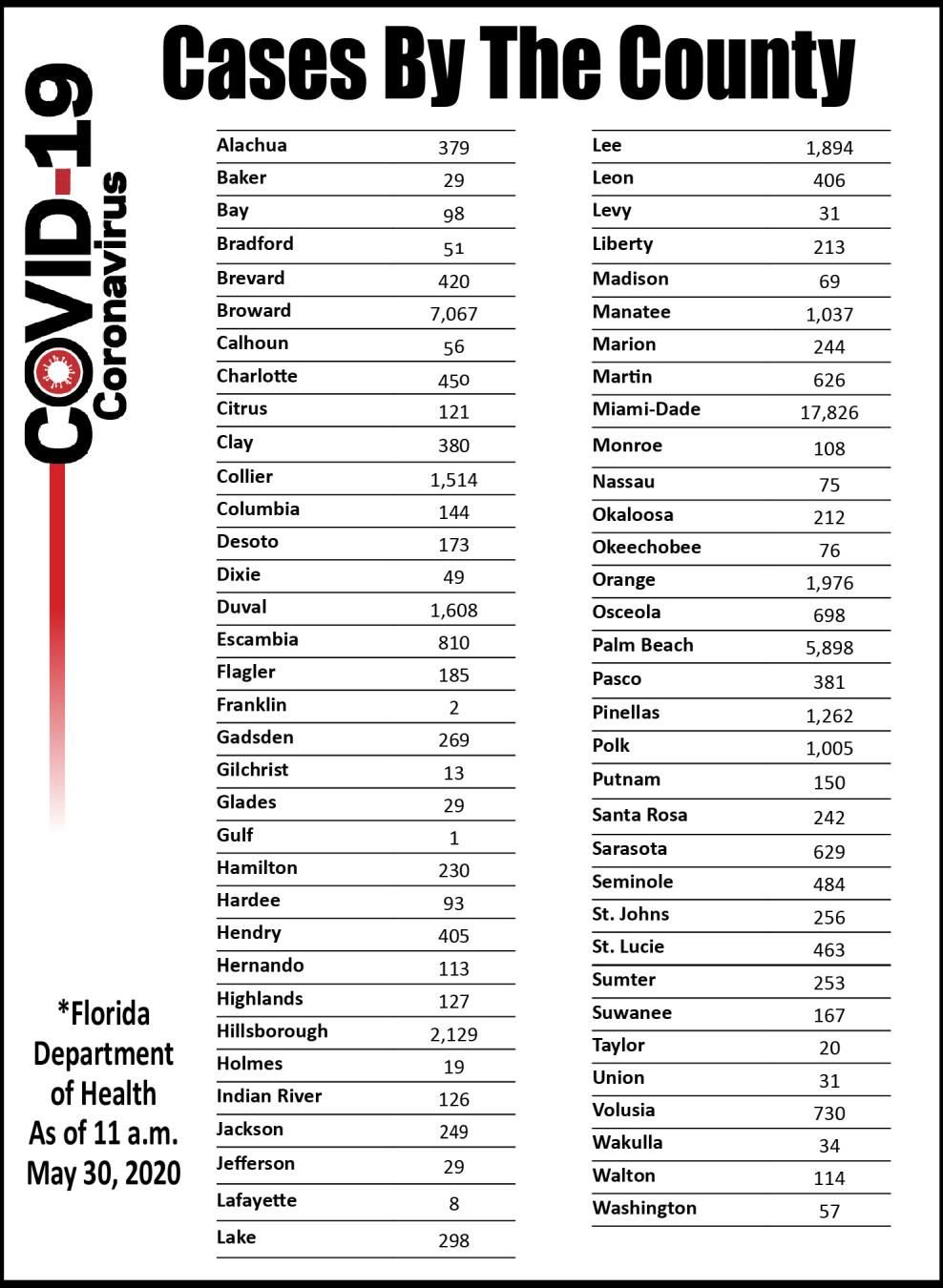 SEBRING — With seven new cases on Friday, the largest one day increase in more than a month, Highlands County’s total of COVID-19 cases is now 127.

There was a ninth death in Highlands from the virus reported in the Friday update from the Florida Department of Health. Of the nine deaths, seven have been men. The ages for the men range from 59 to 83, while the women were 62 and 78.

The demographics for the 125 Highlands resident cases show 60 male and 65 female cases within an age range of 0 to 85 with a median age of 54. Six of the new seven cases are female, including a pair of 6 year olds, an 8 year old and a 15 year old. The other two females are ages 37 and 48. The lone male new case is 54 years old.

Hendry County with 405 cases, and Clewiston with 331 cases, have very large numbers of cases for their populations with large daily increases including 61 new cases in Hendry on May 24 and 27 new cases on Friday.

Test data shows there have been 4,256 tested in Highlands County with 3% positive for COVID-19.

In Hendry County 2,399 have been test with 16.9% positive, which is well above the target range of less than 10% of those tested having positive results showing they have the virus.

Florida has tested 123,552 people for antibodies and there have been 5,474 positive tests, for a positive percentage of 4.43%. Highlands County has fared a little better, with 14 of 172 tests showing the antibodies, which is an 8.14% positive rate.