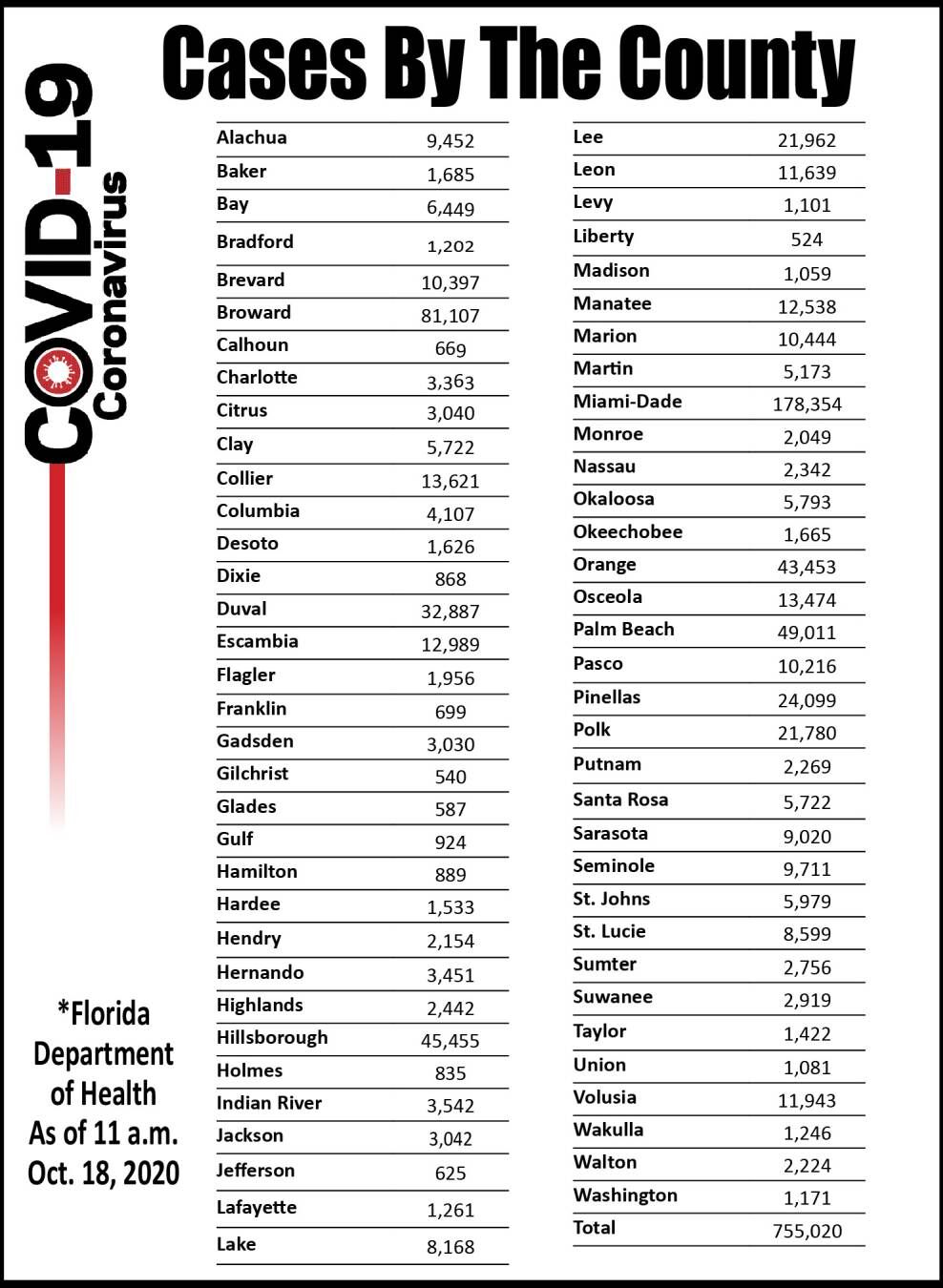 Sunday’s COVID-19 numbers released by the Florida Department of Health were a little bit better than Saturday. There were 2,539 new virus cases in the state and 11 new cases in Highlands County.

Testing was also down from the previous day, but the state’s positivity rate for new cases was 4.68%, the second-lowest rate in the past six days.

The resident death total climbed to 15,967. Four states have seen more virus deaths than Florida, although the Sunshine State is quickly catching up to New Jersey. The death toll for non-residents remained at 201.

Highlands County had an increase of 11 new cases and now stands at 2,431 cases. The county’s death toll remained at 102.

There were 337 negative tests, so the county’s positivity rate for new cases was 3.44%, marking just the second time the county has seen a rate of less than 5% in the past seven days.

DeSoto County added six new cases to bring its total to 1,626. The new cases came from just 56 tests, giving the county its worst day in the last two weeks from a positivity rate aspect, as the day’s positivity rate for new cases was 10.71%.

Glades County had no increase, but processed just three tests, while Hardee County had an increase of nine new cases to now stand at 1,533.

Okeechobee County had just two new cases and has seen 1,665.

Nationally, there were 70,872 new cases, according to the Johns Hopkins University Center for Systems Science and Engineering. The United States has now seen 8.14 million cases and there have been 219,599 deaths.