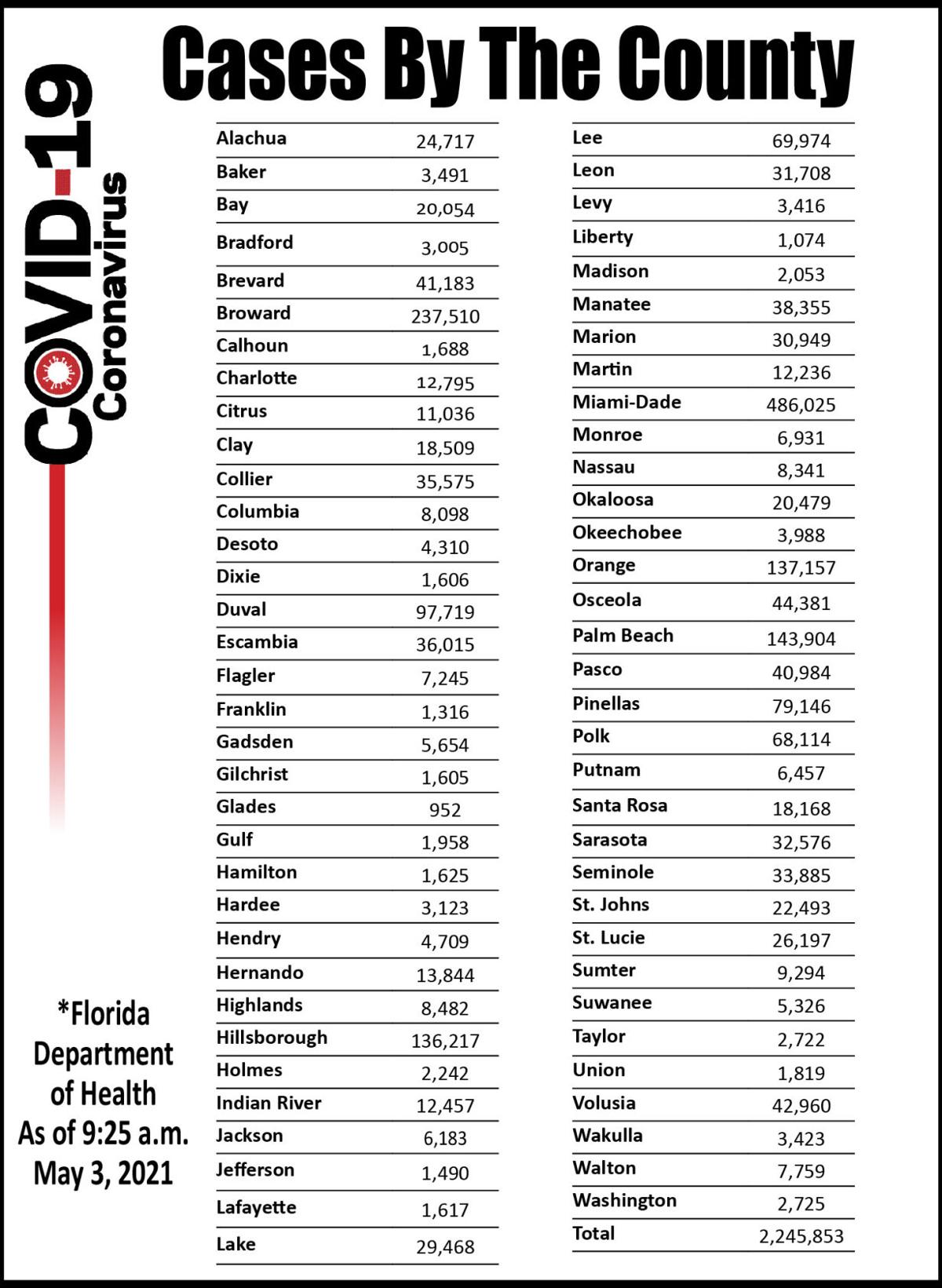 Highlands County saw its new cases of COVID-19 increase by 11 infections, which is in line with the past few days. When the Florida Department of Health released its daily coronavirus update, it showed the county had 8,482 cases in total.

Of that total, 8,387 were residents and 95 were from non-residents. Non-residents increased by one person overnight.

The death toll remained at 351 people whose deaths were attributed to COVID.

Testing was much lower than the previous day at 113 tests processed. The negative results were 101. The low testing was reflected in the positivity rate of 10.62%, more than doubled from the previous day’s report.

The average daily age was 41 and the overall median age stayed at 51.

The hospitalizations rose by one admission to 658. The Agency for Health Care Administration reported 28 people were being treated primarily for COVID. AHCA showed the state with 3,112 people being treated for the virus in the hospital.

The state’s deaths have hit an unfortunate milestone when it surpassed 36,000 death on Monday. The total deaths are 36,009. There were 41 new deaths and there were two from non-residents.

The standard weekend lag was evident in numbers reported across the country on Sunday, as states reported just 26,945 cases. That is 2,727 fewer cases than were reported last Sunday, although it’s important to remember not every state reports numbers over the weekend. Still, it is a bit of good news that it’s the lowest non-holiday number since June.

There were 368 deaths reported, which is 19 more than last Sunday. California is the main culprit there, as the state had 70 more deaths than the previous Sunday, while the rest of the county had 51 fewer. The seven-day average for deaths is now 695, which is a 2% increase from a week ago.

According to the Johns Hopkins University Center for Systems Science and Engineering, the U.S. has seen a total of 32.45 million cases and had 577,384 deaths.

Globally, there have been 153.1 million cases and 3.20 million deaths.