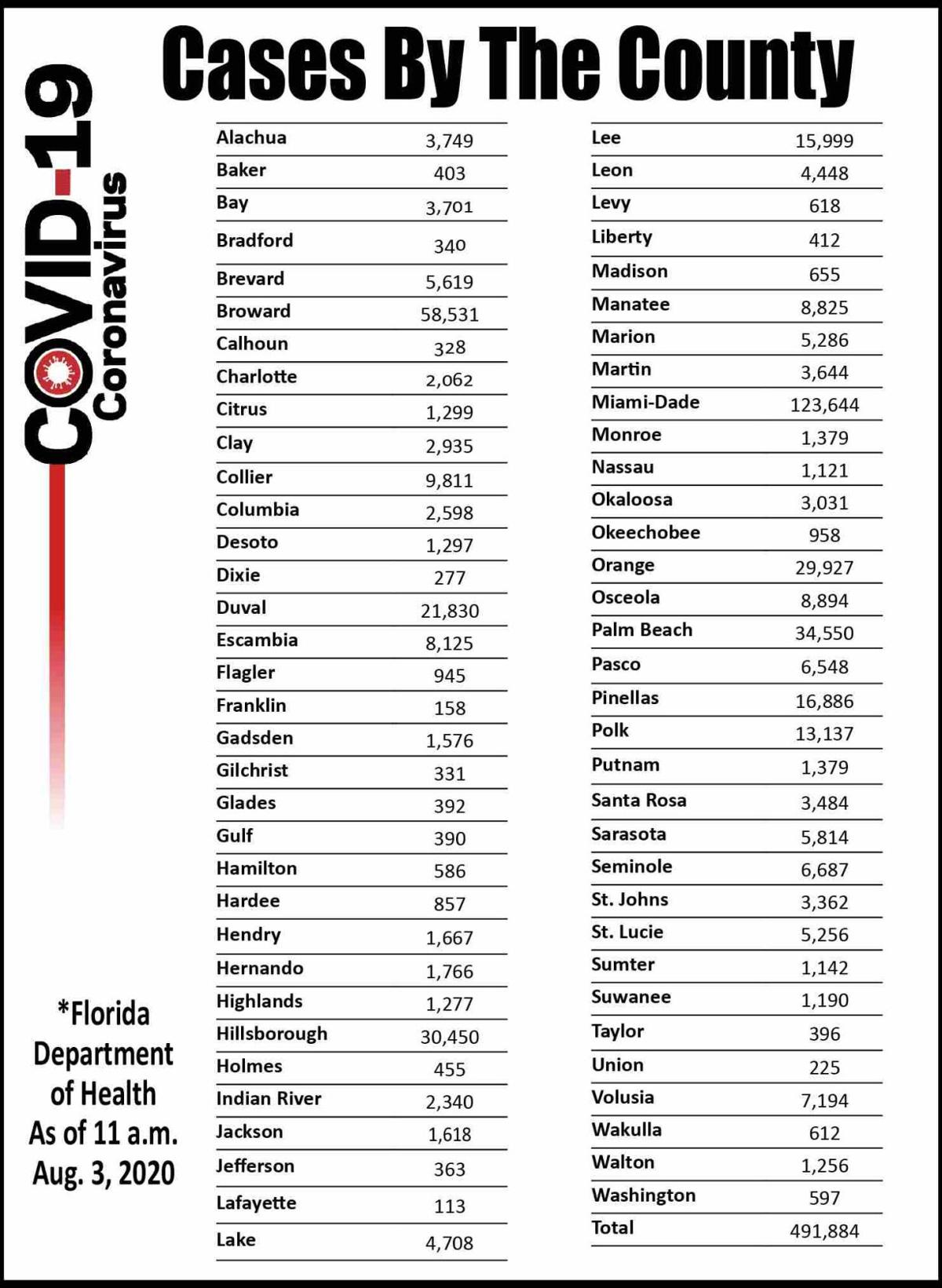 It was a second straight day of good news for Florida on the COVID-19 front. The release of numbers Monday from the Florida Department of Health showed 4,752 new confirmed cases of the virus, the lowest the state has seen since June 22.

While the lower number of cases is partially tied into the fact the state processed fewer than 50,000 tests in a day for the first time since July 6, the state has seen new case positivity rates less than 10% in back-to-back days. The last time that happened was June 14-15.

The positivity rates are still nearly double the 5% rate recommended by the World Health Organization before reopening, although positivity rate isn’t completely infallible.

As John Hopkins University states, “If a positivity rate is too high, that may indicate that the state is only testing the sickest patients who seek medical attention, and is not casting a wide enough net to know how much of the virus is spreading within its communities.”

DeSoto County saw a slight increase of five cases and now has 1,297 cases. Correctional facility cases have made up 14% (177) of the cases in the county.

In Hardee County, there were just three new cases, as the virus count reached 857. That is the smallest increase for Hardee in the last two weeks.

Polk County had its smallest increase in the last two weeks with 148 new cases, but also saw its lowest-testing day in the last 13 days. The county’s positivity rate of 11% is pretty consistent with the percentages of the last few weeks.

Miami-Dade saw a big decrease with just 962 cases, while also having fewer tests to go along with its lowest positivity rate in the last two weeks. Broward County added 584 new cases, while Hillsborough County saw an increase of 373 cases and Palm Beach County had 312 new cases.

On the national level, there have been 4.68 million cases and 155,062 deaths. Florida trails only California for having the most cases, while seven states have seen more deaths than Florida.

Globally, there have been 18.1 million cases and more than 690,000 deaths. India has taken over as the world hot spot and has now seen the third-highest amount of cases. India had more than 48,000 new cases and 808 new deaths, the most of any country.