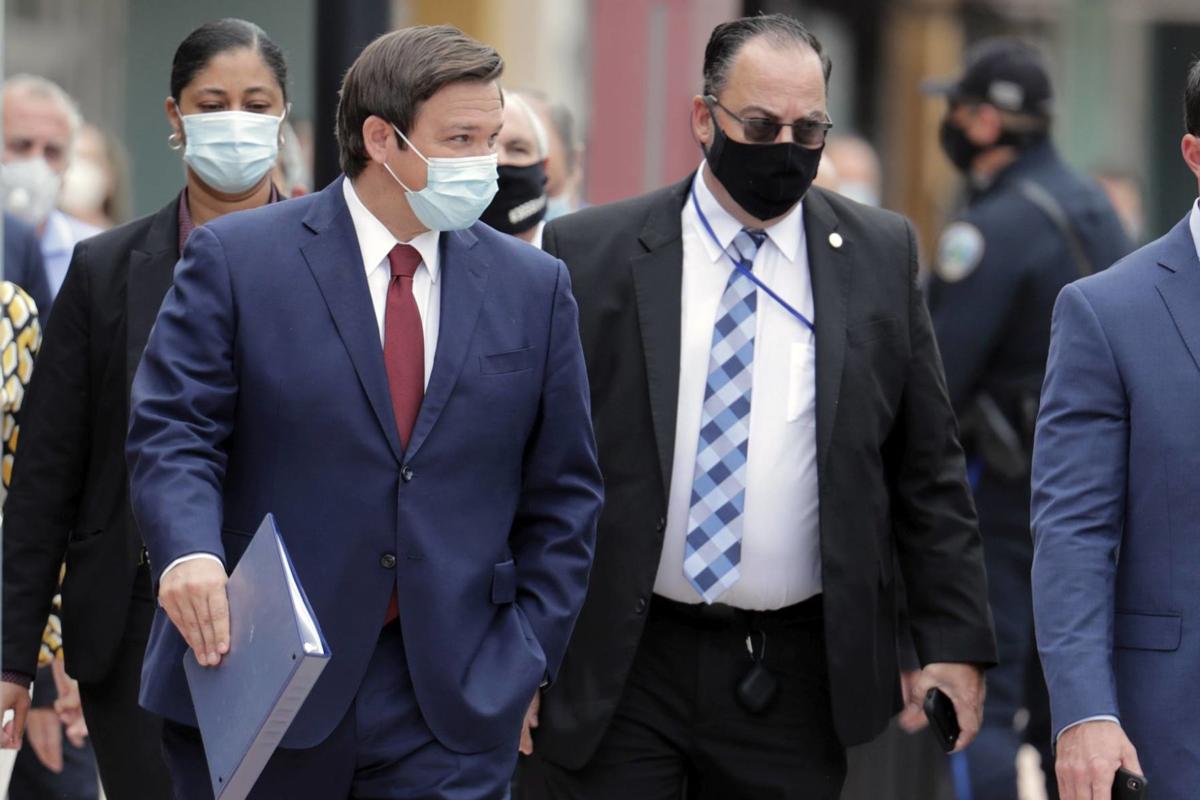 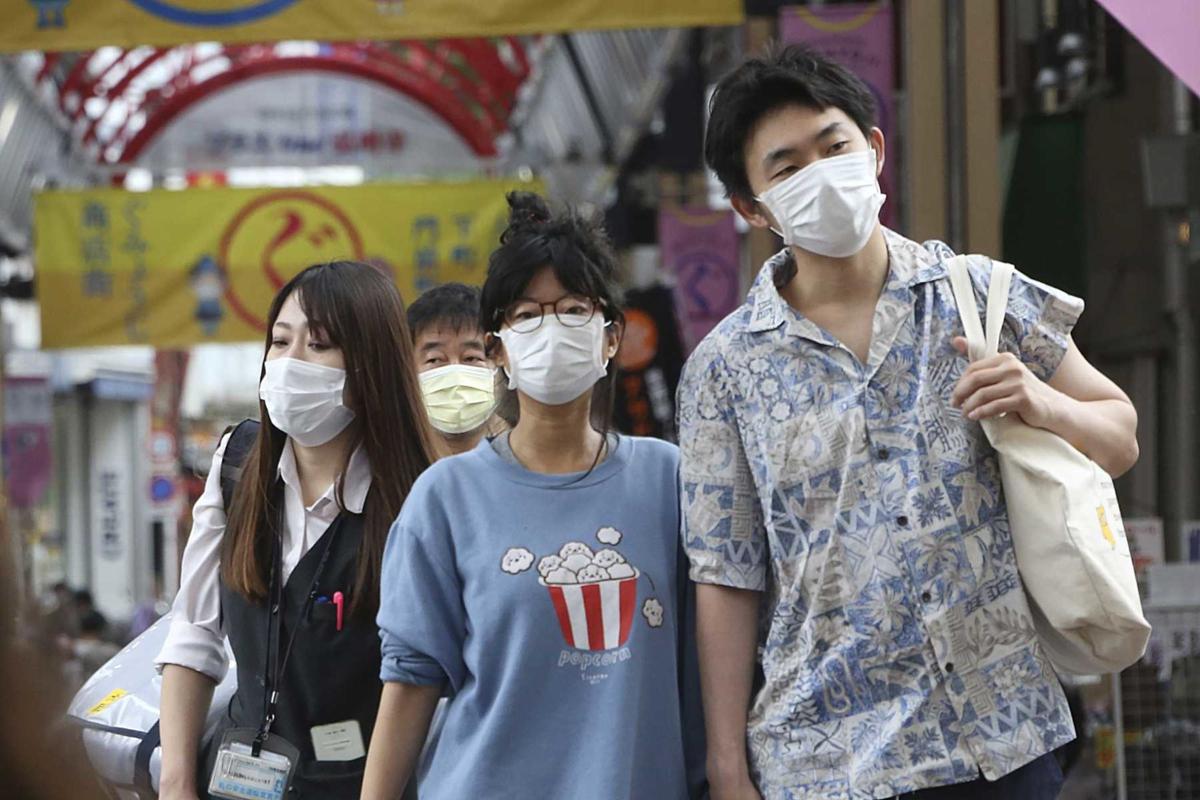 People wearing face masks to protect themselves against the spread of the coronavirus enjoy shopping in Yokohama, near Tokyo, Tuesday, May 19, 2020. 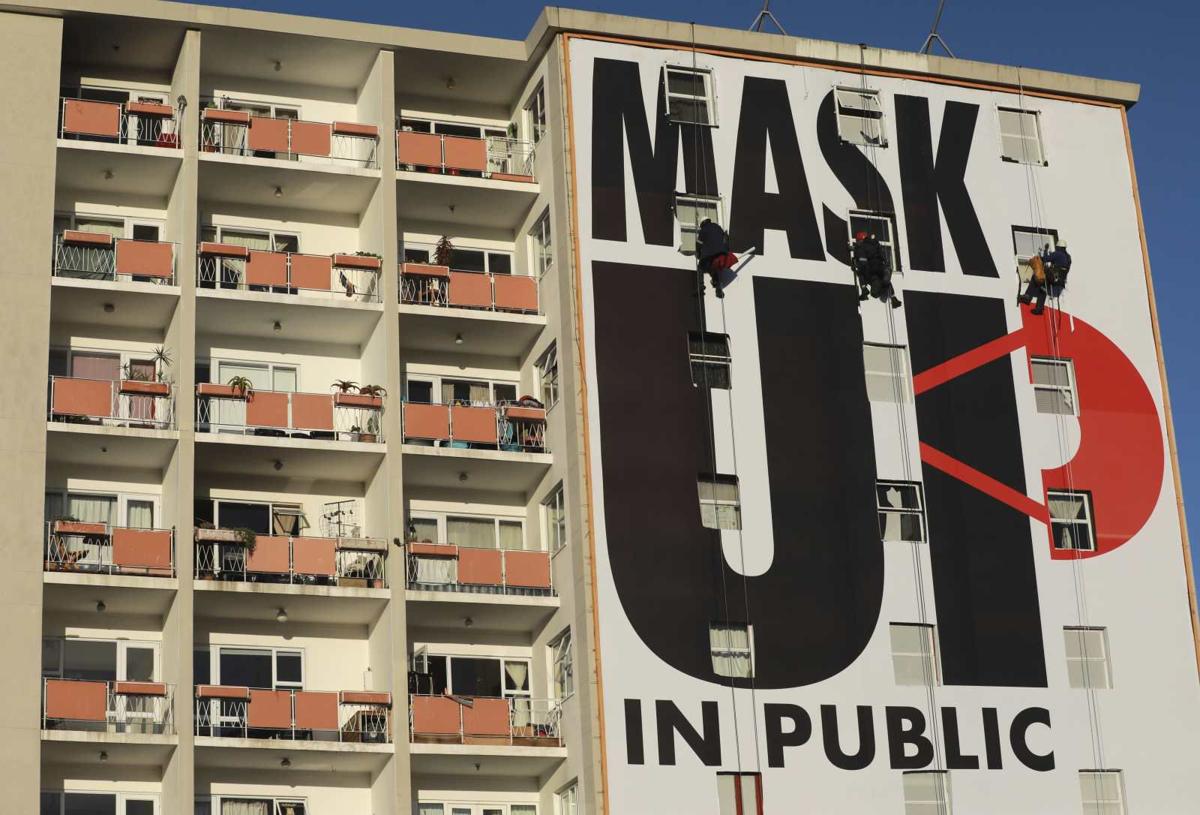 A billboard is installed on an apartment building encouraging people to wear face masks in Cape Town, South Africa, Saturday, May 16, 2020. 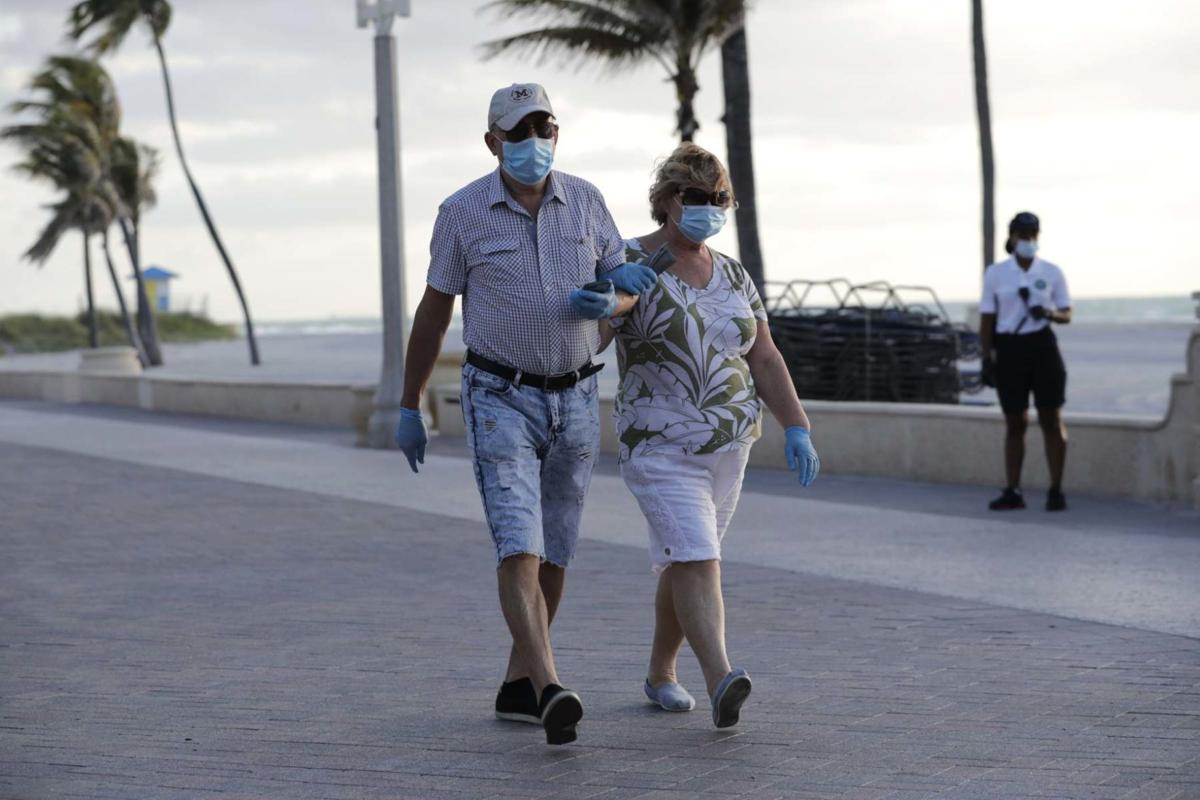 A couple wearing protective masks and gloves walk along the Hollywood Beach Broadwalk during the new coronavirus pandemic, Wednesday, May 13, 2020 in Hollywood, Fla. The Broadwalk opened May 12 for the first time since the pandemic.

People wearing face masks to protect themselves against the spread of the coronavirus enjoy shopping in Yokohama, near Tokyo, Tuesday, May 19, 2020.

A billboard is installed on an apartment building encouraging people to wear face masks in Cape Town, South Africa, Saturday, May 16, 2020.

A couple wearing protective masks and gloves walk along the Hollywood Beach Broadwalk during the new coronavirus pandemic, Wednesday, May 13, 2020 in Hollywood, Fla. The Broadwalk opened May 12 for the first time since the pandemic.

As with nearly everything else having to do with COVID-19, the issue of wearing masks has taken a bit of a political turn. An article in the May 15 Washington Post showed that 73% of self-identified Democrats wore face masks compared to 59% of Republicans.

Kai is in a unique situation given his connections to both Hong Kong and California, and he was quick to notice the difference between the number of cases between Asian countries, where mask use is almost universal, and the United States.

Japan, which by most accounts has done a horrible job managing the pandemic — so much so that a poll released Kyodo news agency on May 10, showed 57.5% of Japanese residents disapproved of the way the government was handling the matter — has had much better results than Florida, with less than half the cases and deaths despite having 105 million more people. The primary difference is Japan is considered one of the countries the paper said had a “masking culture,” meaning masks were common even before COVID-19 and more so now.

The nine “masking culture” countries rank No. 1-8 and No. 11 in terms of slowest daily growth of the virus and not a single one has seen a complete strict lockdown (mass home quarantine), with five of the countries having had partial lockdowns.

Kai’s research found that if 80% of a population wore masks infection rates would be just 8.5% compared to nobody wearing a mask.

Kai’s team used an Artificial Intelligence forecasting model they called “masksim” which shows a random group of 200 people and how many will become infected based on the percentage of people wearing masks. The model also allows you to determine the effectiveness of different types of masks, ranging from N95 masks to homemade masks.

As expected, the higher percentage of people wearing masks, the fewer number of people who were becoming positive. But the most visible evidence occurs when you get an extremely high percentage of the population donning masks.

Pigman said if a store did not have signage asking for asks to be worn, say in a supermarket, he would not bother wearing one. He said he would keep his distance and felt social distancing is very important.