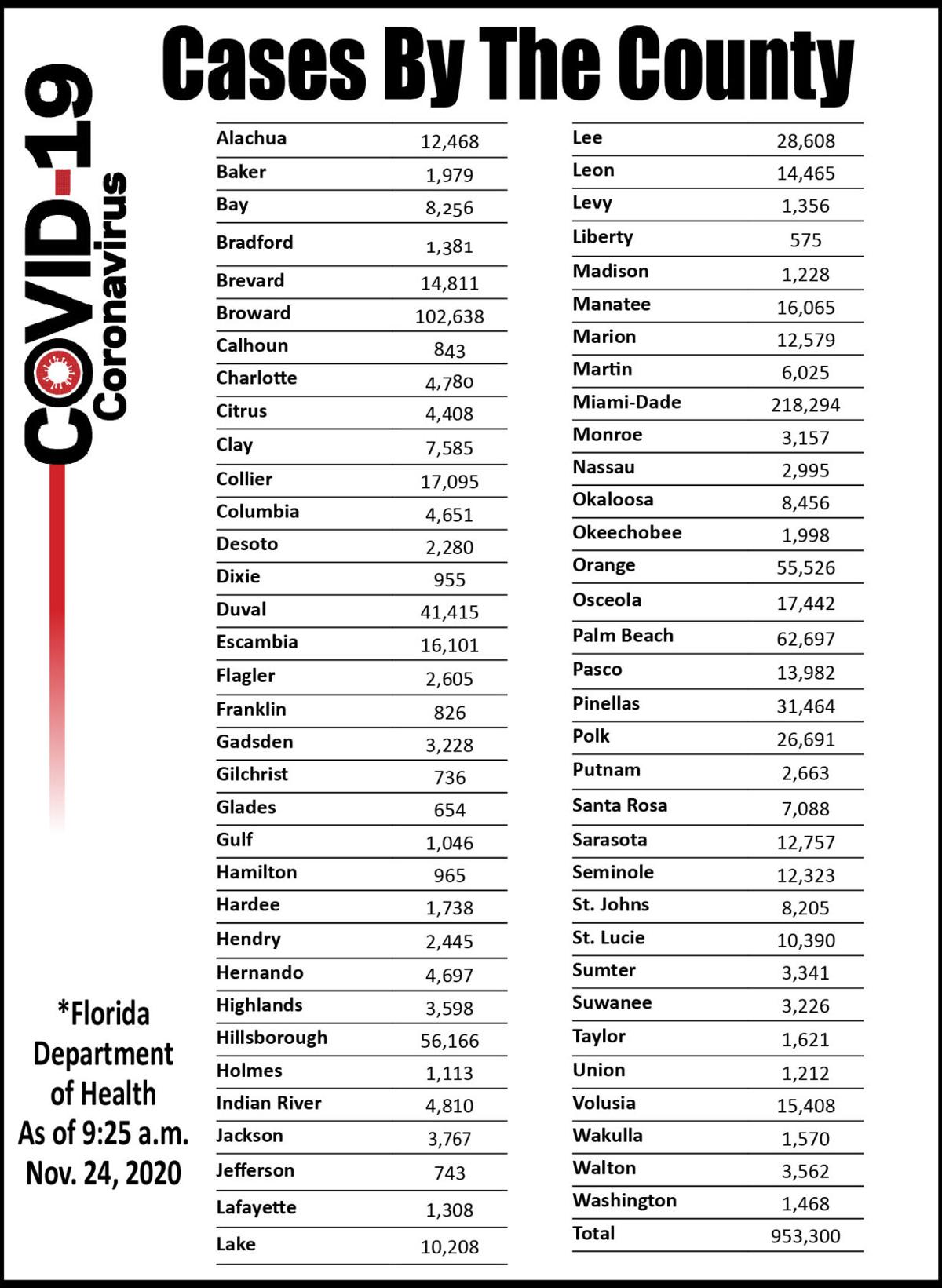 SEBRING — Florida's positive virus numbers rose once more to 8,555 as shown on the COVID-19 Data and Surveillance Dashboard run by the Florida Department of Health on Tuesday. Of the 8,555 cases, 8,085 were from residents and 470 were non-residents.

The death toll rose by 73 people on Monday. Overall, there have been 18,383 deaths with 226 of those being non-residents.

In Highlands County, the numbers, that were decreasing over the past few days, are all up. New cases rose by 74. The new cases brought the county's total to 3,598, which includes 23 non-residents.

There were 728 people tested on Monday and 353 of them tested negative. The new tests and results brought the day's positivity rate to 17.52%. That is significantly higher than Monday's 8.33%. The positivity rate had made incremental steps downward the since Nov. 18 with 13.10%. Tuesday's positivity soared past that, although it is certainly not the worst day for positivity that we have had.

There were no deaths reported, so, the total remains at 143. Cases in long-term care facilities have risen to 445, up two cases of infection since Monday's report. There have been 369 hospitalizations with 64 hospitalized as of 3:31 p.m. Per the Agency for Health Care Administration. ACHA also shows the county's ICU bed census as 25 with five (16.67%) available.

The United States continued its upward trend, with Johns Hopkins showing a total of 169,190 new cases. California led the way with 15,329 new cases on Monday, which is a little shy of the state's all-time high of more than 15,442, which state officials announced Saturday.

Michigan is also being hit hard, with a positivity rate of 11.4% for the last week. The state reported more than 4,000 patients hospitalized for the first time on Monday.

There have now been 12.5 million cases in the United States, with 3.3 million of those cases occurring in November.

Globally, the numbers climbed to 59.53 million cases and 1.4 million deaths.