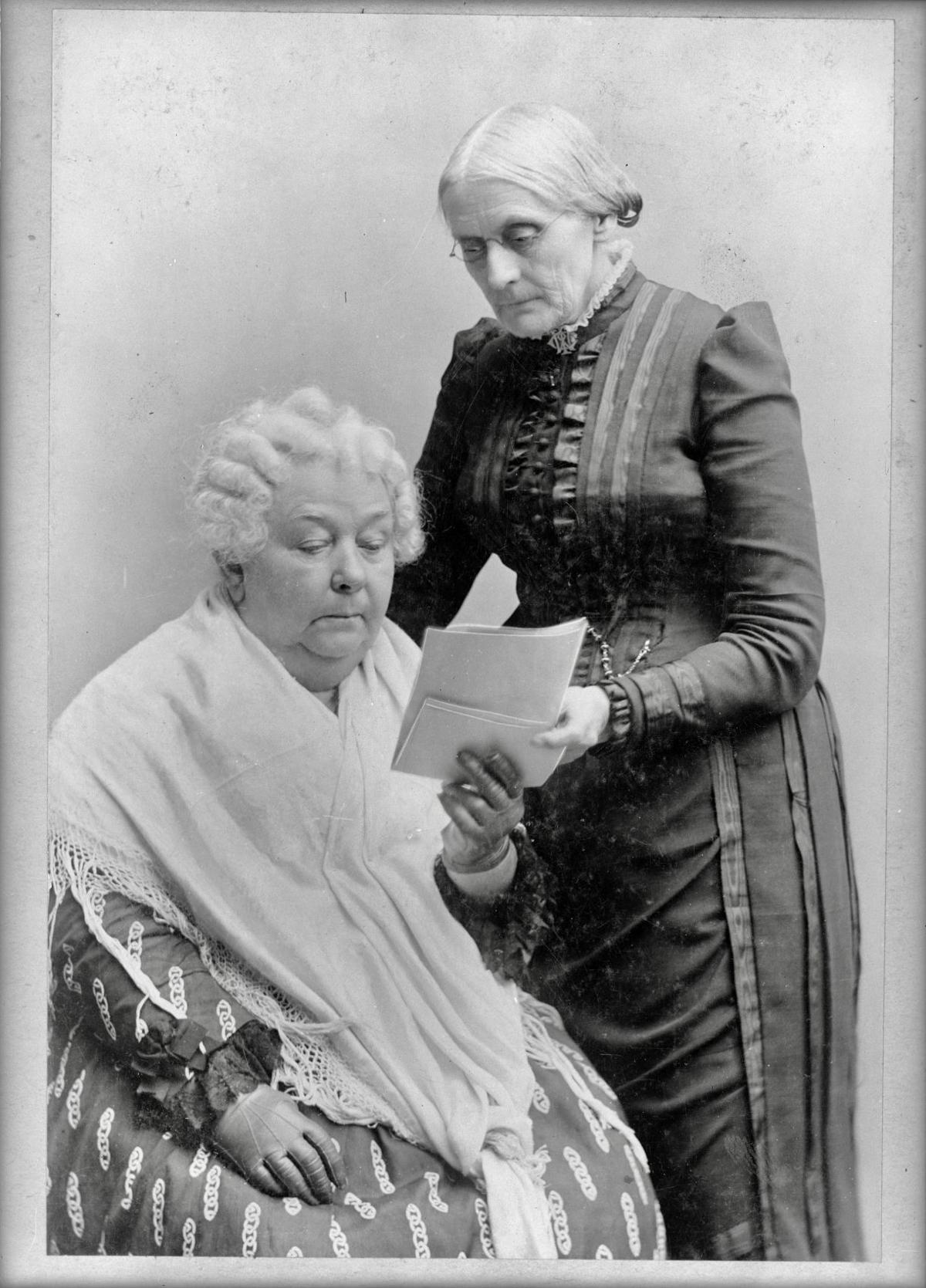 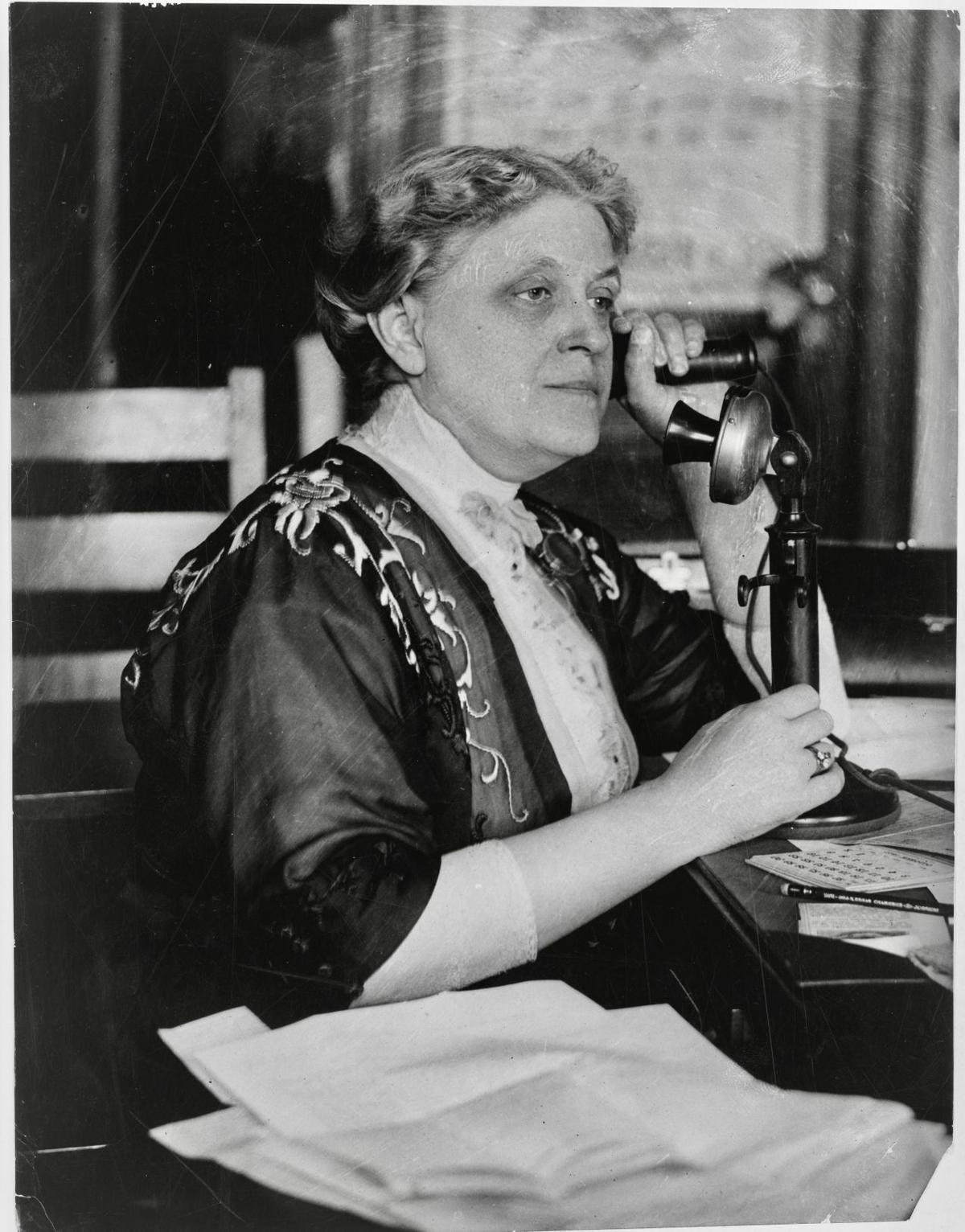 Suffragist leader Carrie Chapman Catt, who succeeded Susan B. Anthony as president of the National American Woman Suffrage Association, in 1900. 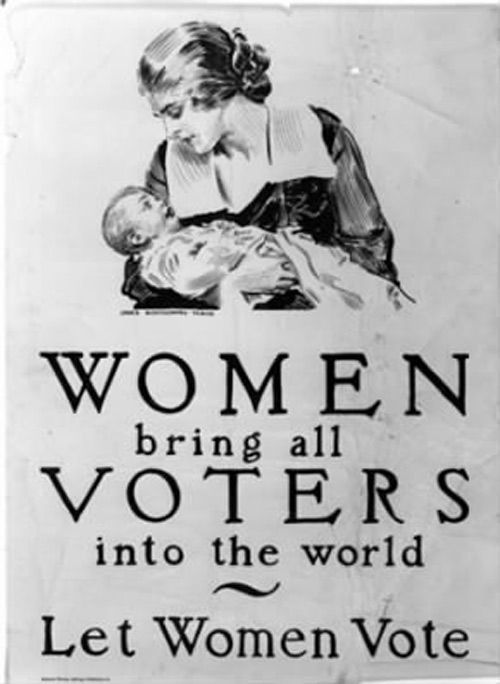 Suffragist leader Carrie Chapman Catt, who succeeded Susan B. Anthony as president of the National American Woman Suffrage Association, in 1900.

Aug. 26, 2020 marks the 100th anniversary of the official adoption of the 19th Amendment, giving women the right to vote. In the coming months, the Highlands News-Sun will publish occasional articles about the history of the female suffrage movement.

The 19th Amendment came about only after a long and difficult struggle that lasted almost 75 years. In the early years, no one was more committed to fighting for female suffrage than Susan B. Anthony and her close friend Elizabeth Cady Stanton.

Stanton was married with seven children, so family obligations sometimes interfered with political work. Anthony, on the other hand, was single and from the time she joined the movement in 1852 until she retired in 1900, she gave her undivided attention to winning the vote for women.

Stanton and four other women organized the first Woman’s Rights Convention in Seneca Falls, New York, in 1848. Stanton wrote a Declaration of Sentiments modeled after the Declaration of Independence, which included 12 equal rights resolutions.

Attendees adopted all the resolutions. The one on voting rights was the most contentious, and it passed only after Frederick Douglass, a black abolitionist and a champion of women’s rights, gave a passionate address supporting it.

Woman’s Rights Conventions were held annually for the next 10 years except for 1857. No meetings were held from 1860 to 1865, because attention was focused on the Civil War.

In 1865, Congress passed and the States ratified the 13th Amendment, which abolished slavery. Not surprisingly, many women’s rights activists supported the amendment. After all, many of these women, including Anthony and Stanton, were also members of the Anti-Slavery Society and had gathered over 400,000 signatures on a petition to abolish slavery.

But when the word “male” was introduced three times in the proposed 14th Amendment, giving full rights as citizens to those who had been slaves, both white and black women grew concerned that women’s rights would be set aside.

In January 1866 at an American Anti-Slavery meeting, Anthony and activist Lucy Stone proposed that female suffragists campaign for voting rights for both African-American males and for women. But Wendell Phillips, president of the Anti-Slavery Society, and other abolitionists requested that women postpone their campaign until African-American males had been granted voting rights. Anthony and Stanton refused to do that.

Instead, they convinced the delegates at the 11th Woman’s Rights Convention in May 1866, to transform the Convention into the American Equal Rights Association (AERA) whose goal would be to secure universal suffrage.

This angered Phillips so much, that he refused to fund the AERA, even though the Anti-Slavery Society had often supported the Woman’s Rights Conventions.

Desperate for funds, Anthony and Stanton decided to accept help from George Train, a Democrat and a wealthy businessman, who supported women’s suffrage but opposed black suffrage and openly denigrated the integrity and intelligence of African Americans.

The AERA divided into two camps — those who stood by Anthony and Stanton and those who decided to honor Phillips’ request and temporarily stop campaigning for female suffrage. The latter assumed naively that the Republicans in Congress would vote in favor of female suffrage as soon as African-American males were granted the vote.

Congress passed the 14th Amendment in 1866, affording citizenship to black males. The amendment was ratified by the necessary 3/4 of the States by 1868.

Anthony and Stanton began to use new arguments to make their case for female suffrage now.

In 1869, Congress passed the 15th amendment, and by 1870, it had been ratified. It insured that “the right of citizens to vote would not be denied or abridged on account of race, color or previous condition of servitude.” With no mention of sex, Anthony and Stanton said they would support it only if Congress enacted a 16th amendment, granting female suffrage.

By 1869, the AERA was in disarray and its finances were exhausted. Two competing women’s suffrage organizations were created in its place.

Anthony and Stanton drafted the first female suffrage amendment in 1878. Senator Aaron Sargent, a friend of Anthony, introduced it but when it finally came to the Senate floor for a vote in 1887, the Senate voted it down.

Frustrated, NWSA members began to put more energy into campaigning at the state level, along with AWSA. The territory of Wyoming was the first to give women the right to vote in 1869. Other western states and territories followed. But the movement did not spread elsewhere.

In 1890, NWSA and AWSA merged and became the National American Woman Suffrage Association. Stanton was president, Anthony was vice president, and Stone was chair of the Executive Committee. In 1892, Anthony became president, when Stanton retired.

The suffrage movement wasn’t as active in the next several years. When Anthony retired in 1900, she picked Carrie Chapman Catt to succeed her. Catt would transform the unwieldy organization into one that could lead a 20th century suffrage campaign.

Stanton died at age 87 in 1902, and Anthony died at age 86 in 1906 — 18 and 14 years respectively before passage of the 19th amendment. Anthony’s obituary in The New York Times included this quote: ”To think I have had more than 60 years of hard struggle for a little liberty, and then to die without it seems so cruel.”

Sources: “Votes for Women! American Suffragists and the Battle for the Ballot” by Winifred Conkling, plus chapters from other books and numerous online articles about the suffrage movement.