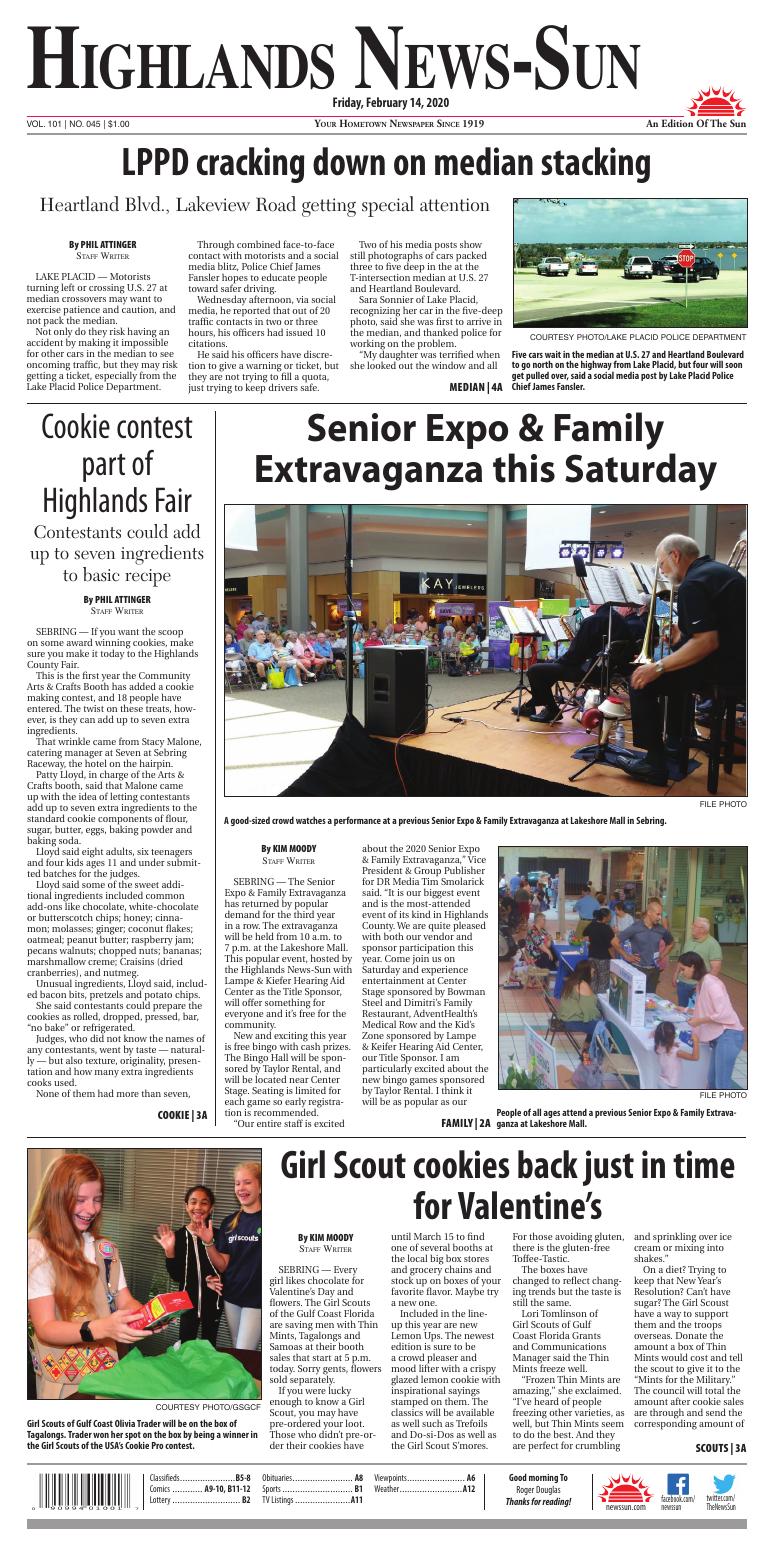 Five cars wait in the median at U.S. 27 and Heartland Boulevard to go north on the highway from Lake Placid, but four will soon get pulled over, said a social media post by Lake Placid Police Chief James Fansler.

An augmented photo by Lake Placid Police Chief James Fansler shows the two cars his officers will soon pull over for stacking the median crossing on U.S. 27 at Heartland Boulevard.

LAKE PLACID — Motorists turning left or crossing U.S. 27 at median crossovers may want to exercise patience and caution, and not pack the median.

Not only do they risk having an accident by making it impossible for other cars in the median to see oncoming traffic, but they may risk getting a ticket, especially from the Lake Placid Police Department.

Wednesday afternoon, via social media, he reported that out of 20 traffic contacts in two or three hours, his officers had issued 10 citations.

He said his officers have discretion to give a warning or ticket, but they are not trying to fill a quota, just trying to keep drivers safe.

Two of his media posts show still photographs of cars packed three to five deep in the at the T-intersection median at U.S. 27 and Heartland Boulevard.

Sara Sonnier of Lake Placid, recognizing her car in the five-deep photo, said she was first to arrive in the median, and thanked police for working on the problem.

“My daughter was terrified when she looked out the window and all she saw was sea of cars,” Sonnier said. “Even she knows that isn’t okay. She’s 8.”

Fansler told the Highlands News-Sun on Thursday that once her car entered the median from Heartland, four more pulled out en masse.

He said it seems some drivers have a “get out of my way” mentality, especially on U.S. 27.

Michael Long said he got clipped at that intersection three years ago from someone swerving around those waiting at the stop sign and barreling through the right-only turn lane to reach the median.

“[I] had my 10 year old with me right where she ‘would’ have hit me had I not seen it coming and swerved. Unfortunately I didn’t have enough room to swerve far enough,” Long said. “I avoid this crossing like the plague if possible.”

Fansler posted a video from the southwest corner of that intersection, demonstrating how quickly some motorists roll through the stop sign.

“We’ve been seeing this a lot, mostly between here at Heartland and down at Lakeview [Road], makes it a very, very dangerous situation,” Fansler said in his video.

He said other crossovers are also dangerous, such as East Phoenix Street and South Main Avenue.

Lakeview Road, a T-intersection just north of Heartland, has a gas station on the east side of the highway and sits just at the crest of the hill in a way that obscures oncoming traffic.

Among notable wrecks there, a tow truck operator was cited for violation of the right of way in a rollover wreck on Nov. 30, 2018.

The 65-year-old tow truck operator told police he saw the right turn signal flashing on an approaching Ford Escape, and started crossing only to find out it was continuing north.

At that same spot, former Lake Placid police officer, David Andrew Rhoden, got injured on Dec. 12, 2016, when a 2008 Chevrolet Silverado pulled out in front of him from the stop sign. That driver reported not seeing Rhoden’s 1997 Nissan Maxima.

Both drivers suffered back pain. By December 2018, Rhoden had taken a new police job up north.

Another violent wreck was Jan. 16, 2017. A 91-year-old man in a 2005 Chrysler Sport Utility Vehicle pulled out from Lakeview Road into the path of a northbound green 2004 Ford pickup, driven by 47-year-old man.

The impact tore off one of the truck’s front wheels and spun the Chrysler around to face northbound traffic.

The older man was cited. It was the third time in two months at that spot that somebody pulled out in front of someone on the highway.

When asked then if Lakeview might get a traffic signal, Fansler said he didn’t expect it soon.

Three years later, it still doesn’t have one, or even a flashing caution light, something Fansler said he needs to address with the Florida Department of Transportation.

Actual construction on that intersection would be in 2021-22 for $915,564, according to draft plans, but it is not certain if plans yet include a light.

A good-sized crowd watches a performance at a previous Senior Expo & Family Extravaganza at Lakeshore Mall in Sebring.

SEBRING — The Senior Expo & Family Extravaganza has returned by popular demand for the third year in a row. The extravaganza will be held from 10 a.m. to 7 p.m. at the Lakeshore Mall. This popular event, hosted by the Highlands News-Sun with Lampe & Kiefer Hearing Aid Center as the Title Sponsor, will offer something for everyone and it’s free for the community.

New and exciting this year is free bingo with cash prizes. The Bingo Hall will be sponsored by Taylor Rental, and will be located near Center Stage. Seating is limited for each game so early registration is recommended.

“Our entire staff is excited about the 2020 Senior Expo & Family Extravaganza,” Vice President & Group Publisher for DR Media Tim Smolarick said. “It is our biggest event and is the most-attended event of its kind in Highlands County. We are quite pleased with both our vendor and sponsor participation this year. Come join us on Saturday and experience entertainment at Center Stage sponsored by Bowman Steel and Dimitri’s Family Restaurant, AdventHealth’s Medical Row and the Kid’s Zone sponsored by Lampe & Keifer Hearing Aid Center, our Title Sponsor. I am particularly excited about the new bingo games sponsored by Taylor Rental. I think it will be as popular as our pie-eating contest we do at the Heartland Family Fall Festival in October.”

Speaking of the Center Stage, sponsored by Dimitri’s Family Restaurant and Bowman Steel, there will be family friendly entertainment every 45 minutes throughout the day. Local acts, entertainers, skits dance groups and more will thrill audiences of all ages.

The Kid’s Zone is all free and all fun thanks to Lampe & Keifer Hearing Aid Center. Clowns from Lake Placid’s Toby the Clown Foundation will spread smiles with silliness and balloon animals. Home Depot will have a Kid’s Workshop where the kids create and take home a project. Flash Games, Comics & Collectibles will also be in the Kid’s Zone with an interactive gaming console. Putt-Putt golf and Ga Ga Ball will be a great way to wear out youngsters. All About Coloring will be there to make everyone’s day a little more colorful.

Everyone will fall in love with all 22 pounds of Bugsy the Rabbit from TLC Therapy Hooves. Bugsy is a ton of fun and will make guests smile.

Medial professionals will share their knowledge with visitors to Medical Row, sponsored by AdventHealth. Attendees will have a chance to learn about different therapies and treatments in various specialties. There will be over 30 vendors at the extravaganza.

All that fun and games can work up an appetite. Dig in to James Brown Famous Flames BBQ Food Truck for some great food and cold beverages.

All of the action will be seen on Facebook Live courtesy of Lampe & Kiefer Hearing Aid Center.

To become a vendor for upcoming events call Highlands News-Sun Advertising Director Cliff Yeazel at 863-386-5844, for information on the two-day Hurricane Expo in June, the Heartland Family Fall Festival in October, and for the 2021 Senior Expo & Family Extravaganza. Call Cliff and tell them the Publisher told you to call for a Special Discount for these events.

A tasty line up of Girl Scout cookies just in time for Valentine’s Day.

SEBRING — Every girl likes chocolate for Valentine’s Day and flowers. The Girl Scouts of the Gulf Coast Florida are saving men with Thin Mints, Tagalongs and Samoas at their booth sales that start at 5 p.m. today. Sorry gents, flowers sold separately.

If you were lucky enough to know a Girl Scout, you may have pre-ordered your loot. Those who didn’t pre-order their cookies have until March 15 to find one of several booths at the local big box stores and grocery chains and stock up on boxes of your favorite flavor. Maybe try a new one.

Included in the lineup this year are new Lemon Ups. The newest edition is sure to be a crowd pleaser and mood lifter with a crispy glazed lemon cookie with inspirational sayings stamped on them. The classics will be available as well such as Trefoils and Do-si-Dos as well as the Girl Scout S’mores. For those avoiding gluten, there is the gluten-free Toffee-Tastic.

The boxes have changed to reflect changing trends but the taste is still the same.

“Frozen Thin Mints are amazing,” she exclaimed. “I’ve heard of people freezing other varieties, as well, but Thin Mints seem to do the best. And they are perfect for crumbling and sprinkling over ice cream or mixing into shakes.”

On a diet? Trying to keep that New Year’s Resolution? Can’t have sugar? The Girl Scoust have a way to support them and the troops overseas. Donate the amount a box of Thin Mints would cost and tell the scout to give it to the “Mints for the Military.” The council will total the amount after cookie sales are through and send the corresponding amount of boxes to active military personnel overseas or a local veteran services organization.

By purchasing cookies, young ladies in our community are able to learn entrepreneurial skills.

“Young cookie entrepreneurs learn important business and financial literacy skills that are proven to build their leadership skills and position them for success in the future,” Mary Anne Servian, CEO of Girl Scouts of Gulfcoast Florida said. “And, every dollar from the Girl Scout Cookie Program stays within the local council to support troop activities, community service projects, council programs and more.”

Tomlinson explained the money the troops receive enables the scouts to do service projects, go on outings etc. The council gets some money as well and they use it to maintain Girl Scout Camps and properties, train leaders and more.

Most of the cookie varieties are $5 per package. The Girl Scout S’Mores and Toffe-tastics are $6 per package. Cookie booths can be found by visiting girlscoutcookies.org. To learn more about becoming a Girl Scout visit gsgcf.org.

SEBRING — If you want the scoop on some award winning cookies, make sure you make it today to the Highlands County Fair.

This is the first year the Community Arts & Crafts Booth has added a cookie making contest, and 18 people have entered. The twist on these treats, however, is they can add up to seven extra ingredients.

That wrinkle came from Stacy Malone, catering manager at Seven at Sebring Raceway, the hotel on the hairpin.

Patty Lloyd, in charge of the Arts & Crafts booth, said that Malone came up with the idea of letting contestants add up to seven extra ingredients to the standard cookie components of flour, sugar, butter, eggs, baking powder and baking soda.

She said contestants could prepare the cookies as rolled, dropped, pressed, bar, “no bake” or refrigerated.

Judges, who did not know the names of any contestants, went by taste — naturally — but also texture, originality, presentation and how many extra ingredients cooks used.

None of them had more than seven, Lloyd said, so they didn’t lose points.

Those who added one to three ingredients would get 10 points extra. Those with four to six would get 20 points.

Those who added seven would get 25 extra points, Lloyd said.

She regrets to inform visitors that cooks only made roughly one dozen cookies each, enough for the judges, but not for samples.

However the recipe is included alongside each platter, Lloyd said. Those with an adventurous spirit can certainly try this at home. 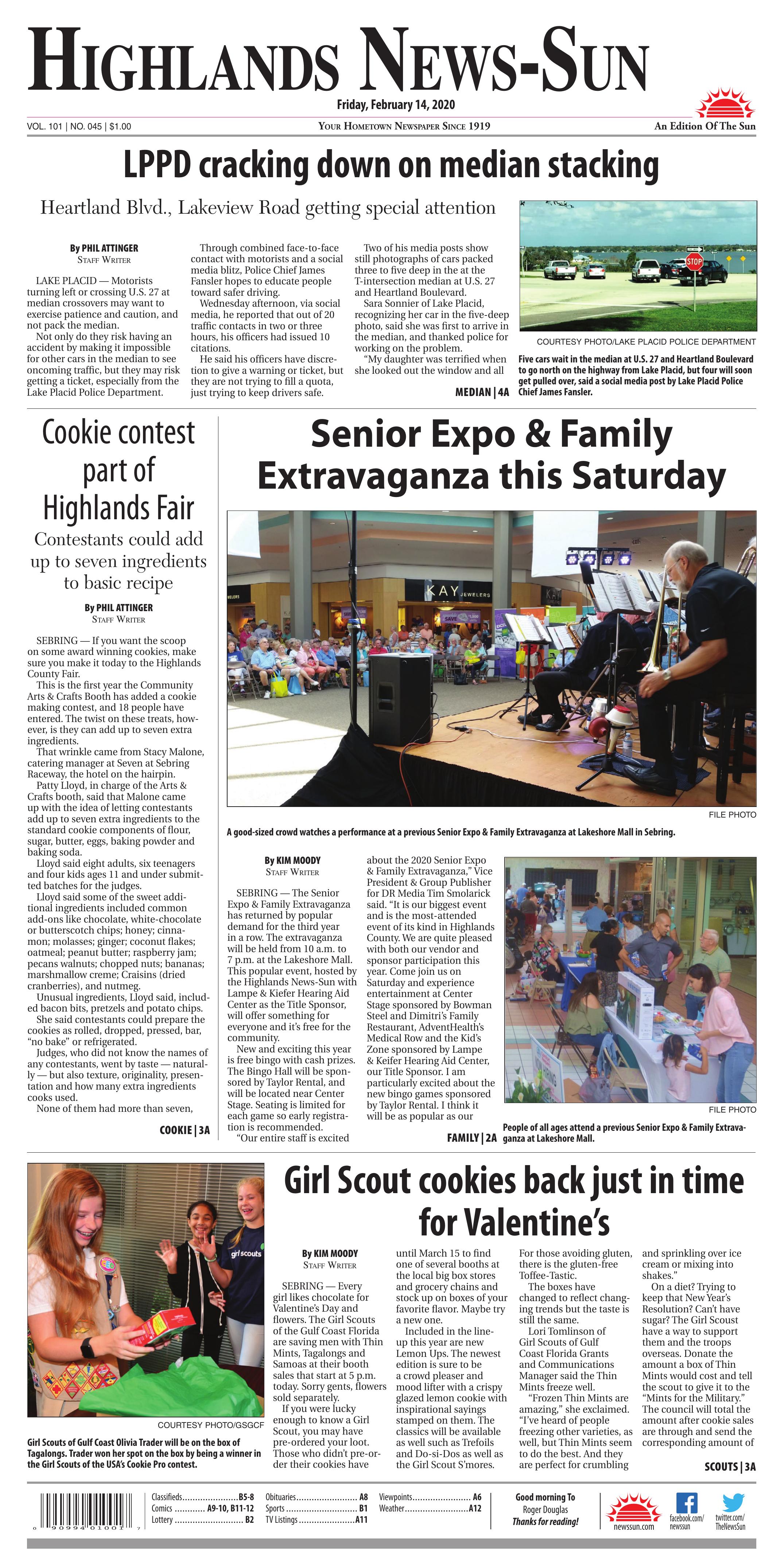