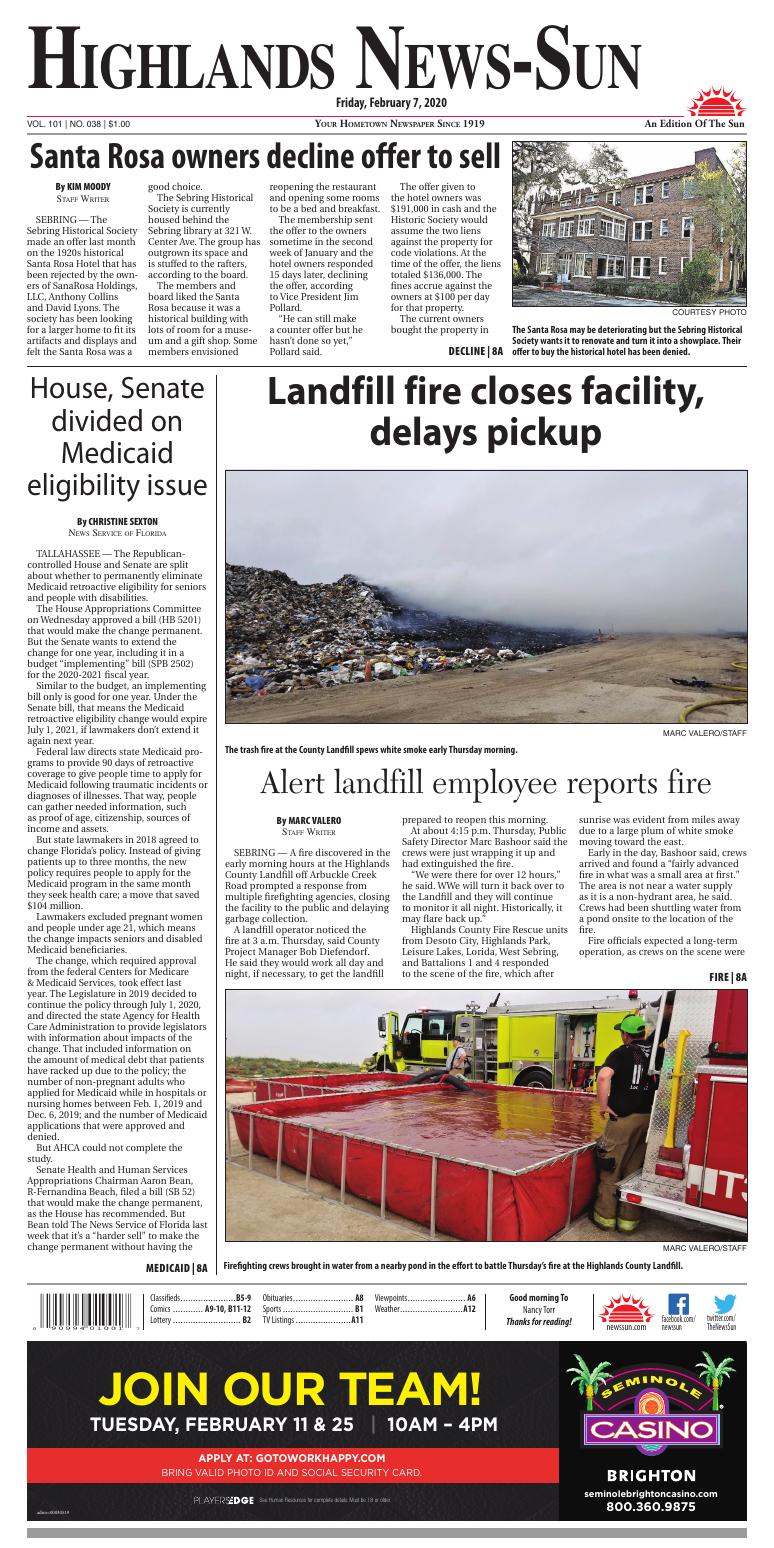 The Santa Rosa may be deteriorating but the Sebring Historical Society wants it to renovate and turn it into a showplace. Their offer to buy the historical hotel has been denied.

SEBRING — The Sebring Historical Society made an offer last month on the 1920s historical Santa Rosa Hotel that has been rejected by the owners of SanaRosa Holdings, LLC, Anthony Collins and David Lyons. The society has been looking for a larger home to fit its artifacts and displays and felt the Santa Rosa was a good choice.

The Sebring Historical Society is currently housed behind the Sebring library at 321 W. Center Ave. The group has outgrown its space and is stuffed to the rafters, according to the board.

The members and board liked the Santa Rosa because it was a historical building with lots of room for a museum and a gift shop. Some members envisioned reopening the restaurant and opening some rooms to be a bed and breakfast.

The membership sent the offer to the owners sometime in the second week of January and the hotel owners responded 15 days later, declining the offer, according to Vice President Jim Pollard.

“He can still make a counter offer but he hasn’t done so yet,” Pollard said.

The offer given to the hotel owners was $191,000 in cash and the Historic Society would assume the two liens against the property for code violations. At the time of the offer, the liens totaled $136,000. The fines accrue against the owners at $100 per day for that property.

The Historical Society had the building appraised and offered the appraised value, Pollard said. As of Feb. 6, the Highlands County Property Appraiser has the property listed with a total assessed value at $138,789.

“We are in no hurry,” Pollard said. “We are going to regroup and decide where to go from here. We will explore other local buildings. We want to stay downtown in the historic district.”

Pollard said the Historical Society would have considered the Kenilworth Hotel, but there is so much legal red tape tied up in that building it would be impossible to get. He said the space would be wonderful and they could earn money at the same time.

Firefighting crews brought in water from a nearby pond in the effort to battle Thursday’s fire at the Highlands County Landfill.

A waterline (in the center of photo) runs to the top of a trash mound at the Highlands County Landfill where firefighters from multiple stations battled a fire Thursday.

SEBRING — A fire discovered in the early morning hours at the Highlands County Landfill off Arbuckle Creek Road prompted a response from multiple firefighting agencies, closing the facility to the public and delaying garbage collection.

A landfill operator noticed the fire at 3 a.m. Thursday, said County Project Manager Bob Diefendorf. He said they would work all day and night, if necessary, to get the landfill prepared to reopen this morning.

At about 4:15 p.m. Thursday, Public Safety Director Marc Bashoor said the crews were just wrapping it up and had extinguished the fire.

“We were there for over 12 hours,” he said. WWe will turn it back over to the Landfill and they will continue to monitor it all night. Historically, it may flare back up.”

Highlands County Fire Rescue units from Desoto City, Highlands Park, Leisure Lakes, Lorida, West Sebring, and Battalions 1 and 4 responded to the scene of the fire, which after sunrise was evident from miles away due to a large plum of white smoke moving toward the east.

Early in the day, Bashoor said, crews arrived and found a “fairly advanced fire in what was a small area at first.” The area is not near a water supply as it is a non-hydrant area, he said. Crews had been shuttling water from a pond onsite to the location of the fire.

Fire officials expected a long-term operation, as crews on the scene were working to separate materials and were dealing with various combustibles, according to the county press release.

Garbage service would be running but delays were expected. According to Highlands County Engineer Clinton Howerton, local municipalities were notified that garbage service coming to the landfill had been stopped and would resume once the landfill is able to reopen.

Trucks are running and will pickup trash Thursday until full and then will have to wait until the landfill reopens.

Citizens are advised to leave their blue garbage bins out if their regular trash was not picked up Thursday. Those who have trash pickup scheduled on Friday should be aware pickup may be delayed until Saturday.

Recycling is scheduled to be picked up normally Thursday, though residents should leave their green bins out if for some reason they are not picked up.

The conditions create dangerous scenes where safety is a primary concern. The Florida Forest Service provided Class A foam to help penetrate the deeper areas.

The County Engineering and Road and Bridge Departments had been a tremendous asset for equipment use, firetruck refueling services, and technical expertise, according to Highlands County Fire Rescue.

The State Department of Environment Protection had been contacted and were monitoring the situation.

With the strong wind front coming, crews worked diligently to penetrate as much of the burning as possible and ultimately put it out by late afternoon.

TALLAHASSEE — The Republican-controlled House and Senate are split about whether to permanently eliminate Medicaid retroactive eligibility for seniors and people with disabilities.

The House Appropriations Committee on Wednesday approved a bill (HB 5201) that would make the change permanent. But the Senate wants to extend the change for one year, including it in a budget “implementing” bill (SPB 2502) for the 2020-2021 fiscal year.

Similar to the budget, an implementing bill only is good for one year. Under the Senate bill, that means the Medicaid retroactive eligibility change would expire July 1, 2021, if lawmakers don’t extend it again next year.

Federal law directs state Medicaid programs to provide 90 days of retroactive coverage to give people time to apply for Medicaid following traumatic incidents or diagnoses of illnesses. That way, people can gather needed information, such as proof of age, citizenship, sources of income and assets.

But state lawmakers in 2018 agreed to change Florida’s policy. Instead of giving patients up to three months, the new policy requires people to apply for the Medicaid program in the same month they seek health care; a move that saved $104 million.

The change, which required approval from the federal Centers for Medicare & Medicaid Services, took effect last year. The Legislature in 2019 decided to continue the policy through July 1, 2020, and directed the state Agency for Health Care Administration to provide legislators with information about impacts of the change. That included information on the amount of medical debt that patients have racked up due to the policy; the number of non-pregnant adults who applied for Medicaid while in hospitals or nursing homes between Feb. 1, 2019 and Dec. 6, 2019; and the number of Medicaid applications that were approved and denied.

But AHCA could not complete the study.

Senate Health and Human Services Appropriations Chairman Aaron Bean, R-Fernandina Beach, filed a bill (SB 52) that would make the change permanent, as the House has recommended. But Bean told The News Service of Florida last week that it’s a “harder sell” to make the change permanent without having the benefit of the legislatively mandated analysis.

Meanwhile, before approving its implementing bill Wednesday, the Senate Appropriations Committee added an amendment that again requires the Agency for Health Care Administration to conduct the analysis.

“We should extend, give AHCA more time, to give us the information we asked for,” she said.

Social services lobbyist Karen Woodall said she was surprised the House is moving to make the policy permanent without knowing how it affects seniors and people with disabilities.

“There’s no downside to leaving it in the implementing bill and have the time to see what actual impact it has,” Woodall said. 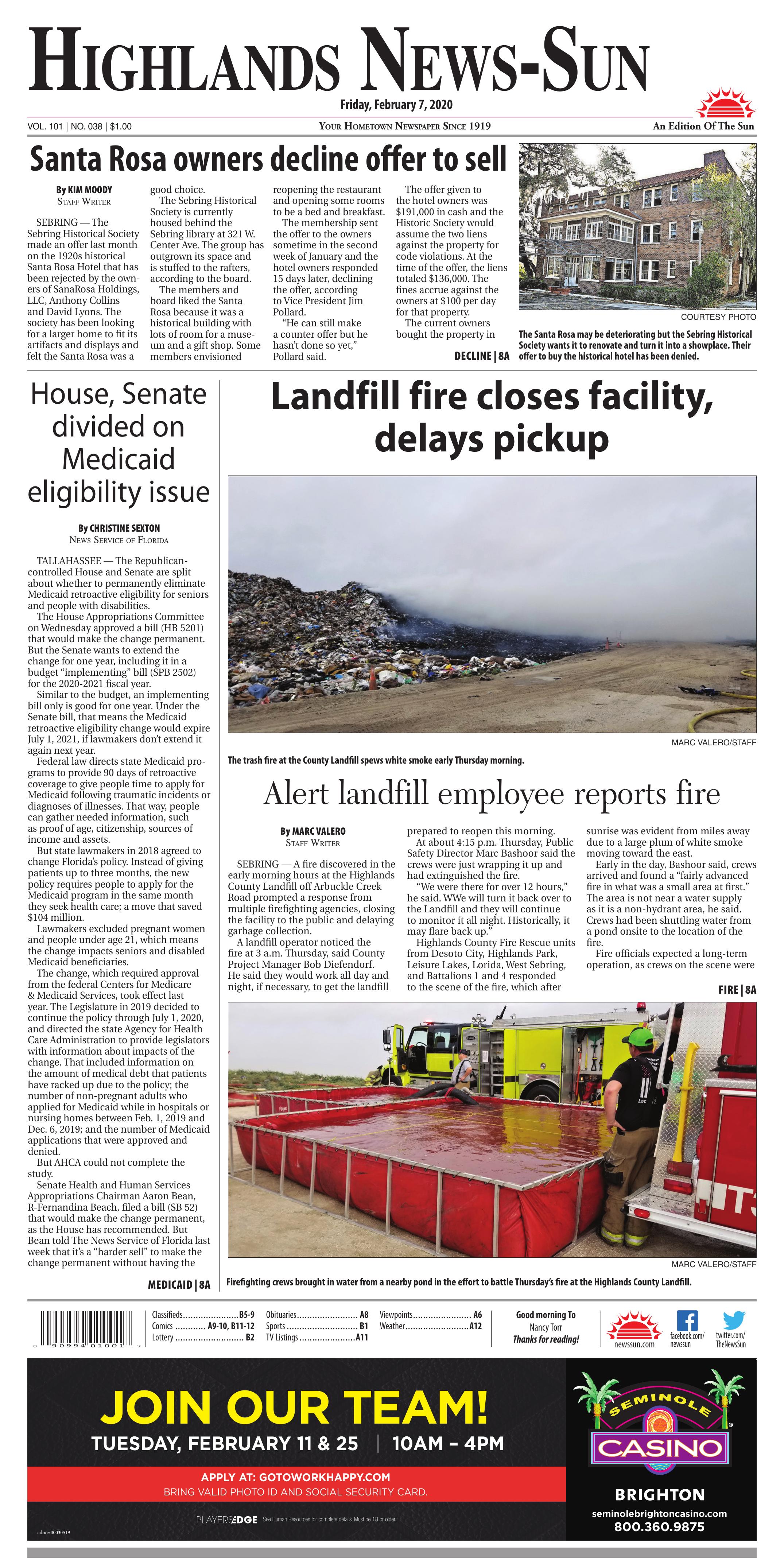