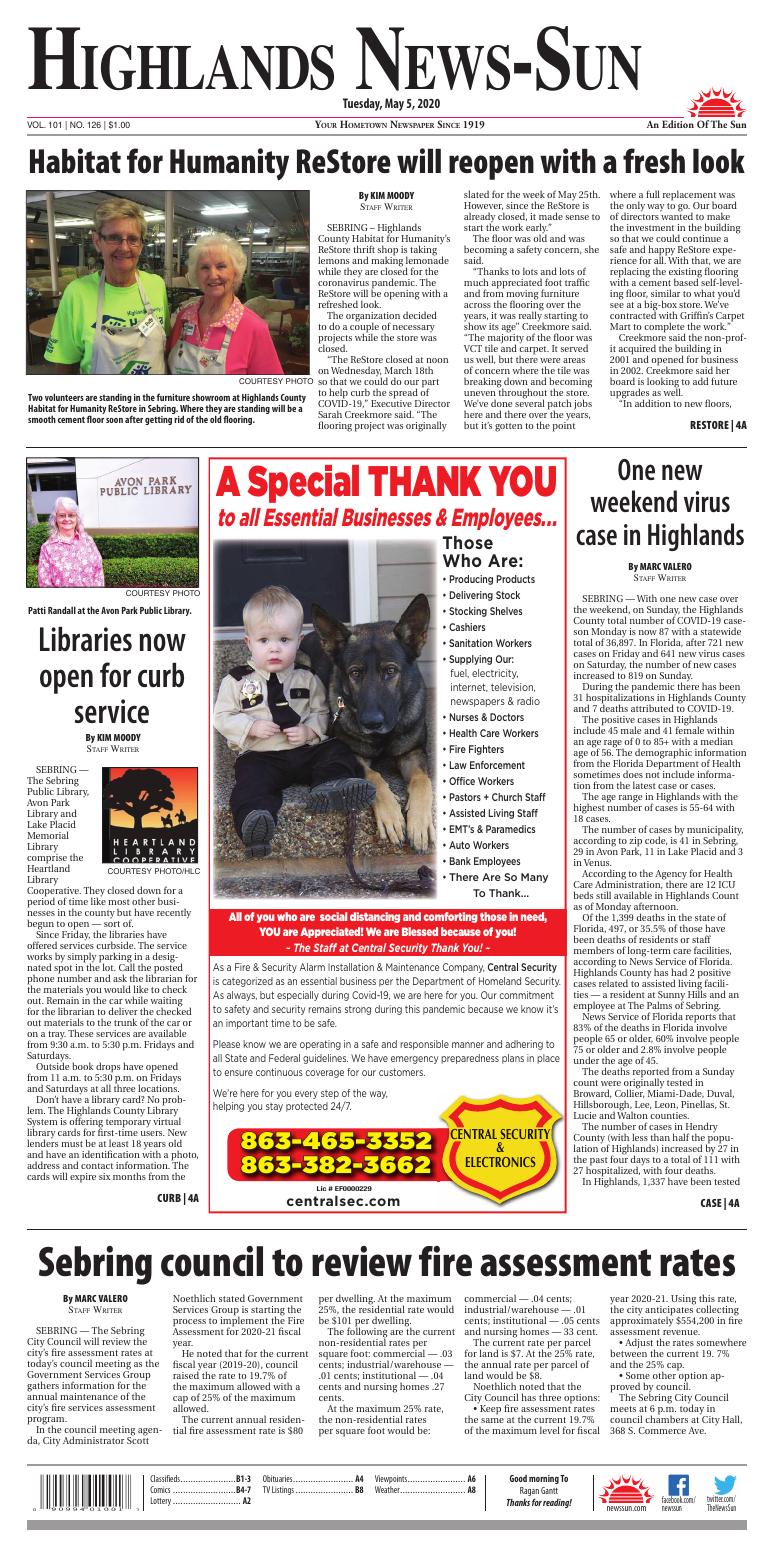 Two volunteers are standing in the furniture showroom at Highlands County Habitat for Humanity ReStore in Sebring. Where they are standing will be a smooth cement floor soon after getting rid of the old flooring.

SEBRING – Highlands County Habitat for Humanity’s ReStore thrift shop is taking lemons and making lemonade while they are closed for the coronavirus pandemic. The ReStore will be opening with a refreshed look.

The organization decided to do a couple of necessary projects while the store was closed.

“The ReStore closed at noon on Wednesday, March 18th so that we could do our part to help curb the spread of COVID-19,” Executive Director Sarah Creekmore said. “The flooring project was originally slated for the week of May 25th. However, since the ReStore is already closed, it made sense to start the work early.”

The floor was old and was becoming a safety concern, she said.

“Thanks to lots and lots of much appreciated foot traffic and from moving furniture across the flooring over the years, it was really starting to show its age” Creekmore said. “The majority of the floor was VCT tile and carpet. It served us well, but there were areas of concern where the tile was breaking down and becoming uneven throughout the store. We’ve done several patch jobs here and there over the years, but it’s gotten to the point where a full replacement was the only way to go. Our board of directors wanted to make the investment in the building so that we could continue a safe and happy ReStore experience for all. With that, we are replacing the existing flooring with a cement based self-leveling floor, similar to what you’d see at a big-box store. We’ve contracted with Griffin’s Carpet Mart to complete the work.”

Creekmore said the non-profit acquired the building in 2001 and opened for business in 2002. Creekmore said her board is looking to add future upgrades as well.

“In addition to new floors, the ReStore has been painted,” she said. Future plans are underway to enhance our customer’s shopping experience, to include an additional cash wrap area, signage, and merchandise displays.

There is still a few more weeks worth of work, Creekmore estimated.

“We hope to reopen at the end of the month, once our inventory has been moved back into the store and the store has been cleaned and sanitized. We will be sure to keep the community informed,” she said.

The ReStore opening will be a welcome sight to those who have been spring cleaning during the stay-at-home order, generating lots of donations.

“Thankfully, we are a healthy organization and we feel very fortunate that we could do something positive for our ReStore business during such an uncertain time,” Creekmore said.

The purpose of the ReStore is to contribute to the work of Habitat for Humanity. Proceeds are used to help build strength, stability, self-reliance, and affordable housing solutions for individuals and families throughout Highlands County. When you shop, donate, or volunteer at the ReStore you are helping Habitat fulfill this mission.

“The ReStore is such an important part of our work and we can’t fulfill our mission without it. Like so many others, we are eager and excited to reopen the community that we love so much. We are extremely grateful for our customers, donors, and volunteers who continue to support the ReStore and look forward to seeing them again soon,” Creekmore said.

At the maximum 25% rate, the non-residential rates per square foot would be: commercial — .04 cents; industrial/warehouse — .01 cents; institutional — .05 cents and nursing homes — 33 cent.

Noethlich noted that the City Council has three options:

• Keep fire assessment rates the same at the current 19.7% of the maximum level for fiscal year 2020-21. Using this rate, the city anticipates collecting approximately $554,200 in fire assessment revenue.

• Some other option approved by council. 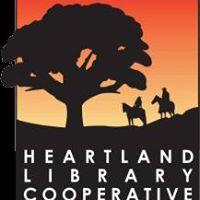 SEBRING — The Sebring Public Library, Avon Park Library and Lake Placid Memorial Library comprise the Heartland Library Cooperative. They closed down for a period of time like most other businesses in the county but have recently begun to open — sort of.

Since Friday, the libraries have offered services curbside. The service works by simply parking in a designated spot in the lot. Call the posted phone number and ask the librarian for the materials you would like to check out. Remain in the car while waiting for the librarian to deliver the checked out materials to the trunk of the car or on a tray. These services are available from 9:30 a.m. to 5:30 p.m. Fridays and Saturdays.

Outside book drops have opened from 11 a.m. to 5:30 p.m. on Fridays and Saturdays at all three locations.

Don’t have a library card? No problem. The Highlands County Library System is offering temporary virtual library cards for first-time users. New lenders must be at least 18 years old and have an identification with a photo, address and contact information. The cards will expire six months from the issue date.

Clients can order materials via the internet or by phone to be put on hold until the items come back into stock. Staff will notify the client that the material is in. The books can be picked up at the preferred location. Patrons should park in an unreserved spot in the lot. The materials will be waiting near the exit with the person’s name on them.

Highlands County Assistant Public Information Officer Karen Clogston said via email the staff have been sanitizing materials and use face coverings and gloves.

A breakdown of the positive cases of coronavirus in Highlands County, according to the Monday morning report from the Florida Department of Health.

SEBRING — With one new case over the weekend, on Sunday, the Highlands County total number of COVID-19 caseson Monday is now 87 with a statewide total of 36,897. In Florida, after 721 new cases on Friday and 641 new virus cases on Saturday, the number of new cases increased to 819 on Sunday.

During the pandemic there has been 31 hospitalizations in Highlands County and 7 deaths attributed to COVID-19.

The age range in Highlands with the highest number of cases is 55-64 with 18 cases.

The number of cases by municipality, according to zip code, is 41 in Sebring, 29 in Avon Park, 11 in Lake Placid and 3 in Venus.

According to the Agency for Health Care Administration, there are 12 ICU beds still available in Highlands Count as of Monday afternoon.

Of the 1,399 deaths in the state of Florida, 497, or 35.5% of those have been deaths of residents or staff members of long-term care facilities, according to News Service of Florida. Highlands County has had 2 positive cases related to assisted living facilities — a resident at Sunny Hills and an employee at The Palms of Sebring.

The number of cases in Hendry County (with less than half the population of Highlands) increased by 27 in the past four days to a total of 111 with 27 hospitalized, with four deaths. 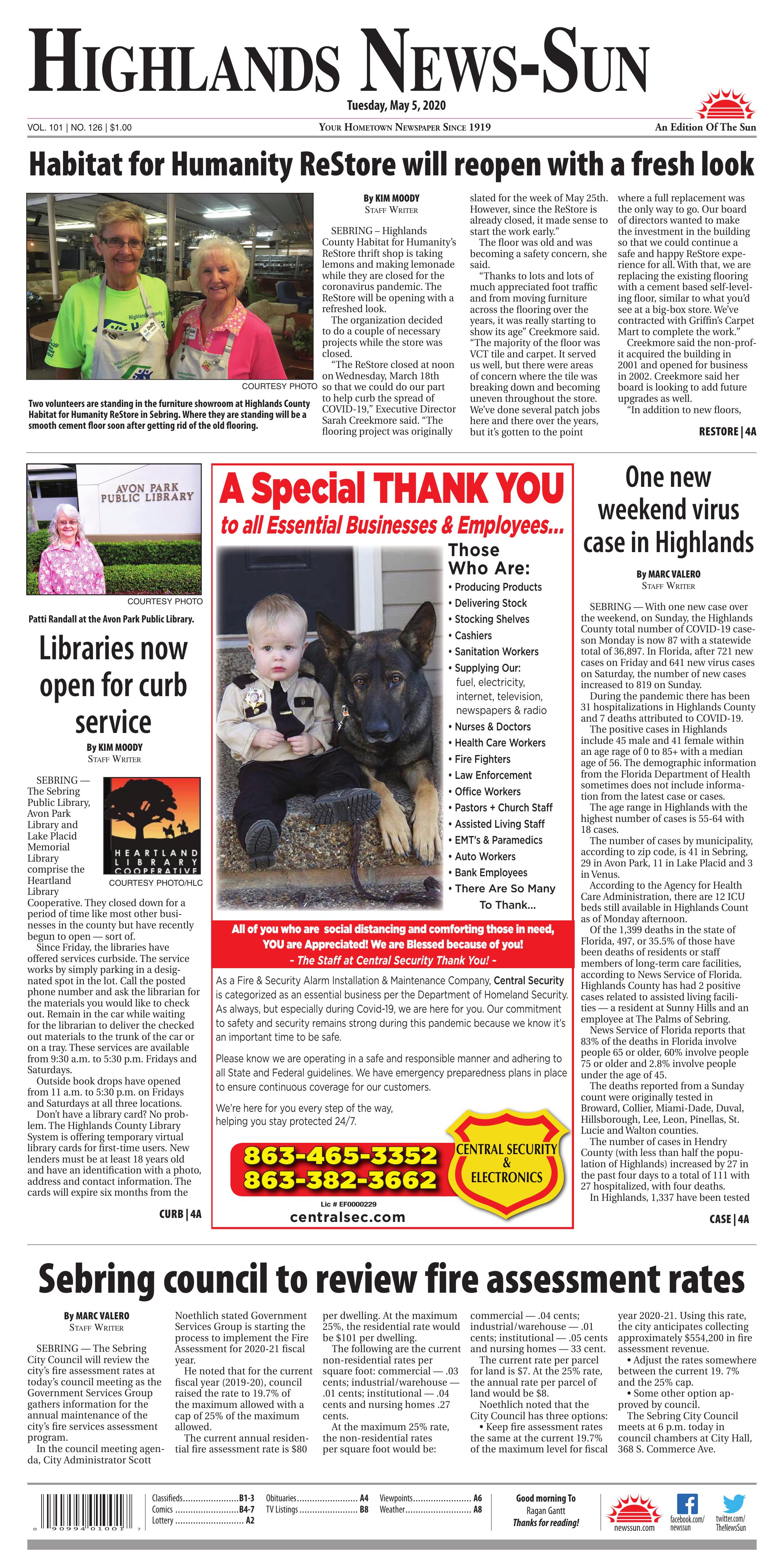