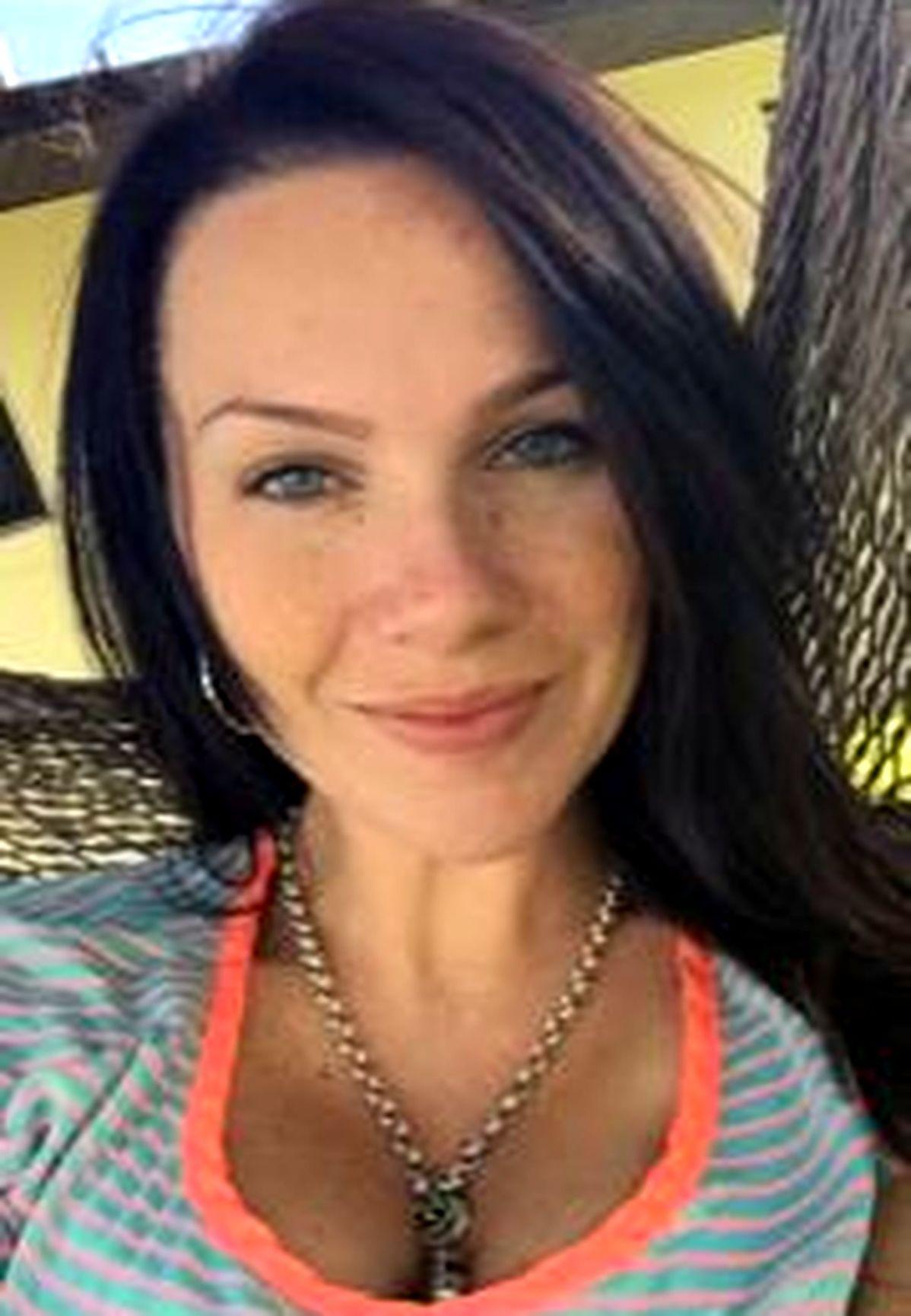 Jessica Montague, 31, was married to Jermaine Montague. She loved being a mother and Jermaine said she was an amazing mom, wife and friend, who was always willing to help other people.

SunTrust, now Truist, arranged to have five wreaths placed in Reflection Park on Friday. Today is the second anniversary of when five women died in a mass shooting at SunTrust, which was located where the memorial park is now.

The #SebringStrong sign sits near the entrance to Reflection Park in Sebring.

SEBRING — Before the sun burned away the morning dew, five wreaths stood in the center of Reflection Park on Friday at 1901 U.S. 27. The wreaths were placed in the park to honor and remember the five women who died in the Midtown SunTrust Bank shooting two years ago today. The women are Debra Cook, 54, Marisol Lopez, 55, Jessica Montague, 31, Ana Piñon-Williams, 38 and Cynthia Lee Watson, 65. Cook, Lopez, Montague and Ana Piñon-Williams worked at the bank, while Watson was a customer.

These women have been come to be known as the “Sebring Five” and the hashtag “#SebringStrong” was inspired by them.

Reflection Park was dedicated to the families of the victims in time for the first anniversary by SunTrust, now Truist Bank. The Park sits on the SunTrust Bank footprint after the bank was razed following the tragedy.

This year, due to COVID-19, the women will be remembered in quiet reflections instead of organized gatherings by Truist. Kyle Tarrance of Truist said SunTrust banks remained open Friday and team members were able to “remember and honor the five victims lost in the senseless tragedy two years ago by holding a companywide moment of silence when we’ll cease all business transactions and pause to remember the victims of this tragedy and other senseless acts of violence.

“The Truist Foundation has arranged to have five wreaths placed at the community park to honor the victims; however, due to the ongoing COVID-19 health crisis, we will not be arranging public gatherings or events at the community park. Together, we will always remain #SebringStrong for our teammates, the families impacted by this senseless tragedy and the Sebring community, and our hearts remain with them forever.”

The wreaths had a variety of ferns, other greenery, carnations and a dozen white roses in the spray. Each wreath had a card that stated “In honor of” with the each of the women’s names on it. The card also read, “Her family and friends remain in our thoughts and together we will always remain #SebringStrong.” They were signed by the Truist Family and Truist Foundation.

Friends and family of the victims will no doubt visit Reflection Park to honor the women, mothers, wives, and daughters who were taken from them. They will also be there to support each other.

A healthcare worker gives the first of two doses of the Moderna COVID-19 vaccine to a resident at Lakeshore Mall.

HIGHLANDS COUNTY BOARD OF COUNTY COMMISSION

People wait in line to receive a COVID-19 vaccine at Lakeshore Mall on Thursday.

SEBRING — Slowly, the first round of vaccinations to 65 and older residents has progressed at Highlands County’s Point of Distribution (POD) at Lakeshore Mall.

Some residents have still found the process to be cumbersome and confusing. William Ulrich, 90, said he managed to get his name on the list, but had to get a friend’s help in doing it.

It wasn’t a lack of computer literacy on his part, Ulrich said. Rather, it was unclear directions.

“There was no way to find out how to do that,” Ulrich said.

Likewise, Bill Kelsey, also over 65 and a local resident, said he called and completed online forms, but said no one can tell him where he is on the list.

“It is my contention to believe that the Highlands community deserves to know the current status of the ‘waitlist’ and our placement thereon,” Kelsey said via email.

Questions he had included how people are chosen and whether or not the list is a physical printed document.

Highlands County Emergency Management is assisting the Florida Department of Health for Highlands and DeSoto counties with logistics for the public vaccinations. That includes maintaining a list and contacting people to set appointments for an initial vaccine dose on either Tuesday, Thursday or Saturday of a given week.

County officials said Friday they can’t just publish a copy of the waiting list. That or the ability to search by name could violate privacy protections under the Health Insurance Portability and Accountability Act by letting people to learn if others are registered.

Emergency Manager LaTosha Reiss and Mary Ann Burns, administrator of the local Health Department, have both said the POD receives its doses from state-held supplies each week. Burns said this week’s holiday delayed delivery, usually on Monday, to Tuesday morning.

That day, the POD gave 70 doses of vaccine. On Thursday, they gave another 334. For today, the county has set 440 appointments, officials said, given that 10% don’t show, on average.

Officials do not yet know how many doses will be available next week. Still, the county plans to contact those next in line for appointments before the end of the day Monday.

County officials said staff will make phone calls and send emails to make appointments from the waiting list as vaccine doses come available. County Administrator Randy Vosburg said he has contacted state and federal elected officials to ask them to push for more supplies to Florida and particularly to the Heartland of Florida, where the percentage of 65 and older residents is higher.

Nationally, reports have stated that President Joe Biden plans to use the Defense Production Act, a Cold War-era law, to ramp up production of vaccine and supplies in hopes of administering 100 million doses within the first 100 days of his term.

Currently, there is no national stockpile, national reports state: Vaccine vials are going out as soon as they are made.

County officials ask people to only use the online portal or hotline to get a first dose. The county will contact them for their first appointment and their second dose.

Highlands County now has more than 26,000 people on the waiting list. So far, 3,270 people in the county have received their first dose and 355 people in front line healthcare or in long-term care facilities have received both doses for full immunity.

County officials are working on a plan to give out second doses. People must wait a minimum of 28 days before getting their second dose. It can be given at any time after then.

Once second doses start, the local Health Department will receive two allotments of the vaccine from the state each week: One for the first dose and one for the second dose, and the county will set up appointments based on those numbers.

People do not need to re-register, county officials said. They will get a phone call or email based on the order in which they originally registered and based on the contact preference they gave at that time.

All they will need to bring to a second dose appointment is their vaccination card, which they received with their first dose. 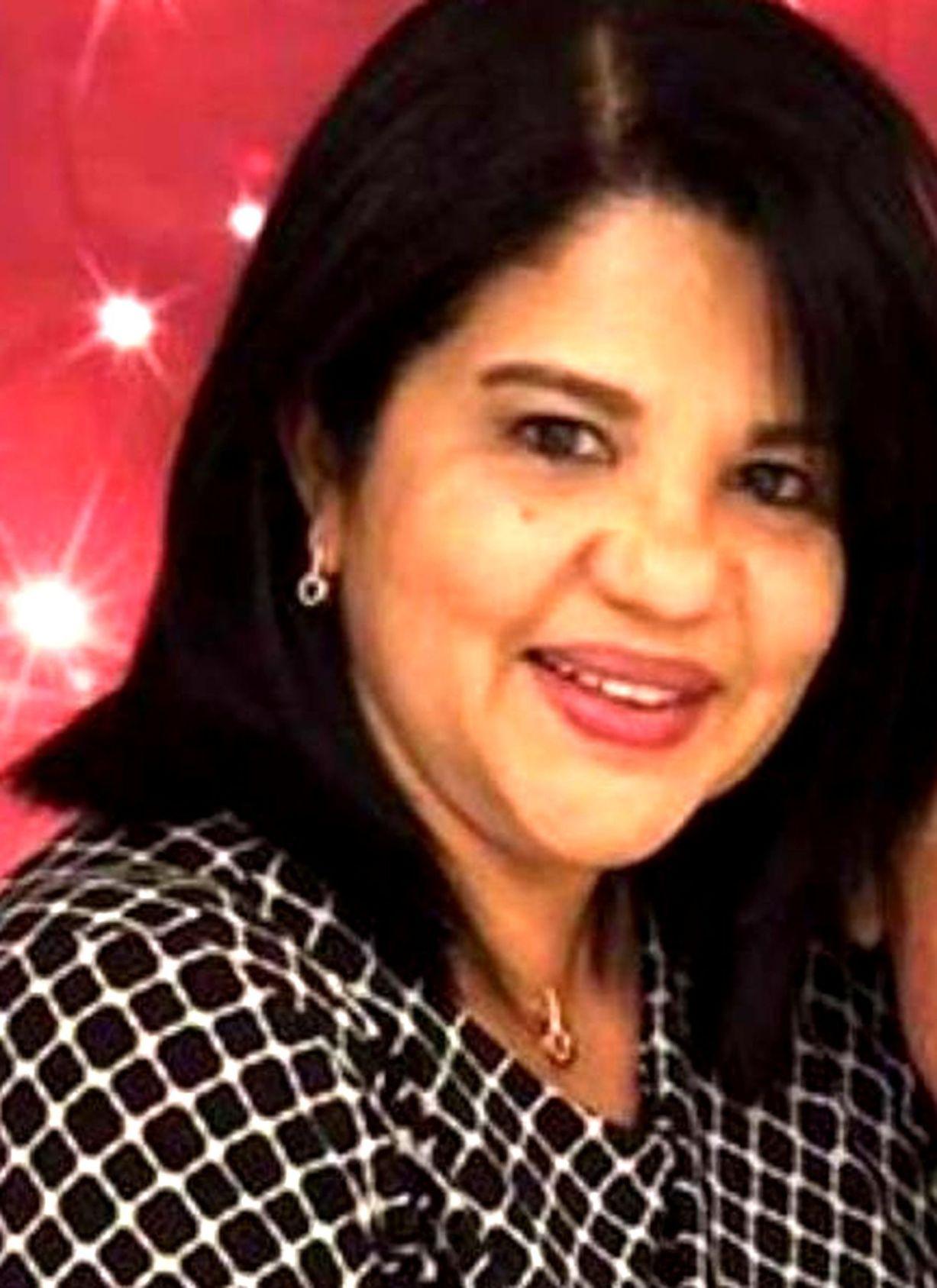 Marisol Lopez, 55, lived in Lake Placid with her husband Victor and two children, Kiara and Victor Lopez. She is remembered for her kindness and willingness to help others.

Highlands County’s new cases of COVID-19 remained high heading into the weekend, as were deaths. The county’s positivity rate went from bad to worse as the Florida Department of Health coronavirus daily reports came out on Friday.

Highlands County added 54 new cases of COVID-19 infections on Friday, bringing the overall total to 6,086. Of those cases, 6,024 are residents and 62 non-residents who have tested positive. The new cases were down some from Thursday’s 62 new cases.

There were five deaths reported overnight. The new deaths brought the cumulative death total to 242, or 4% of all cases.

The county’s positivity rate was 15.25% on Friday. One factor could be because of less testing the previous day, with just 341 tests processed.

Hospitalizations have reached 500, which is 8% of all cases. As of 3:31 p.m., the Agency for Health Care Administration showed 47 people hospitalized from COVID. AHCA reported an ICU bed census of 29 with six beds available, which is the best availability in a week. Regular beds available were 33 on Friday afternoon.

The county’s daily and overall median ages match at 52. FDOH shows 287 cases over the past seven days for an average of 41 new cases per day. Corrections cases held at 88.

Across the nation, the number of new cases continues to drop, while deaths remain high. One reason could be the lag time on reporting deaths can vary from state-to-state. The COVID Tracking Project’s Thursday night report showed a total of 184,864 new cases out of 1,919,138 tests. There were 3,889 new deaths reported, which is well above the seven-day average of 3,039 deaths. The number of current hospitalizations was reported at 119,927.

Numbers aren’t likely to be any better, as California reported an all-time 764 deaths on Friday’s COVID-19 update by the California Department of Public Health. The state had just 23,024 new cases, which is well below the state’s two-week rolling average of 35,245.

According to the Johns Hopkins University Center for Systems Science and Engineering, the United States has seen a total of 24.78 million cases and 412,936 deaths.

Globally, there have been 98 million cases and 2.1 million deaths. 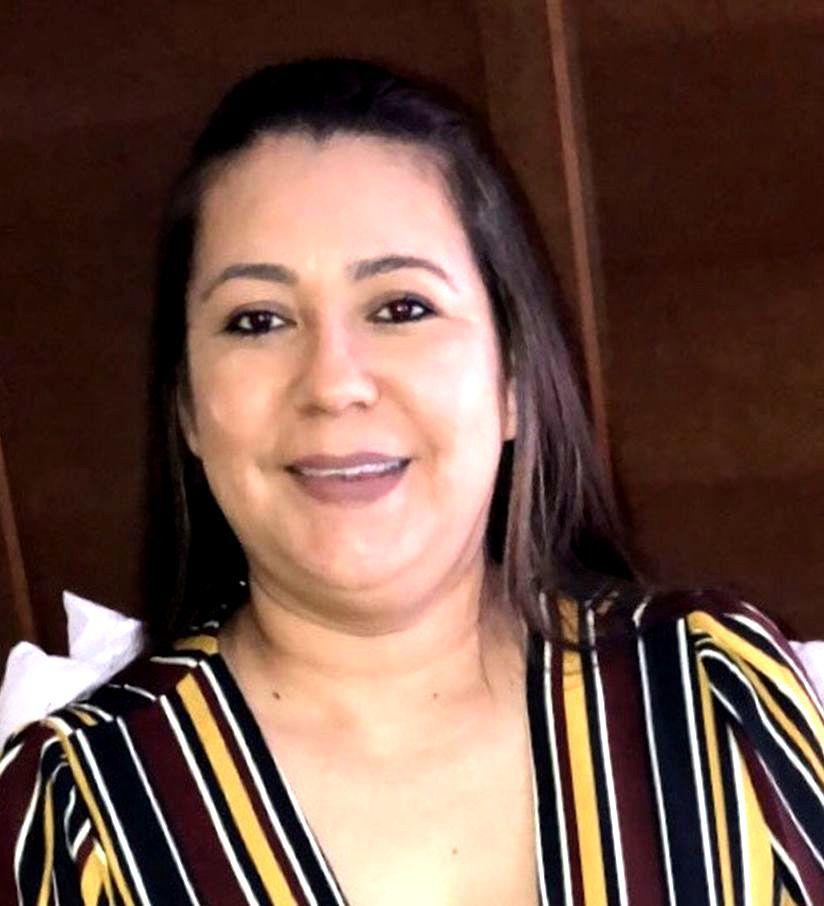 Ana Piñon-Williams, 38, was married to Chad Williams for six years. A very devout Christian, Piñon-Williams was known as an excellent mother and step-mother. 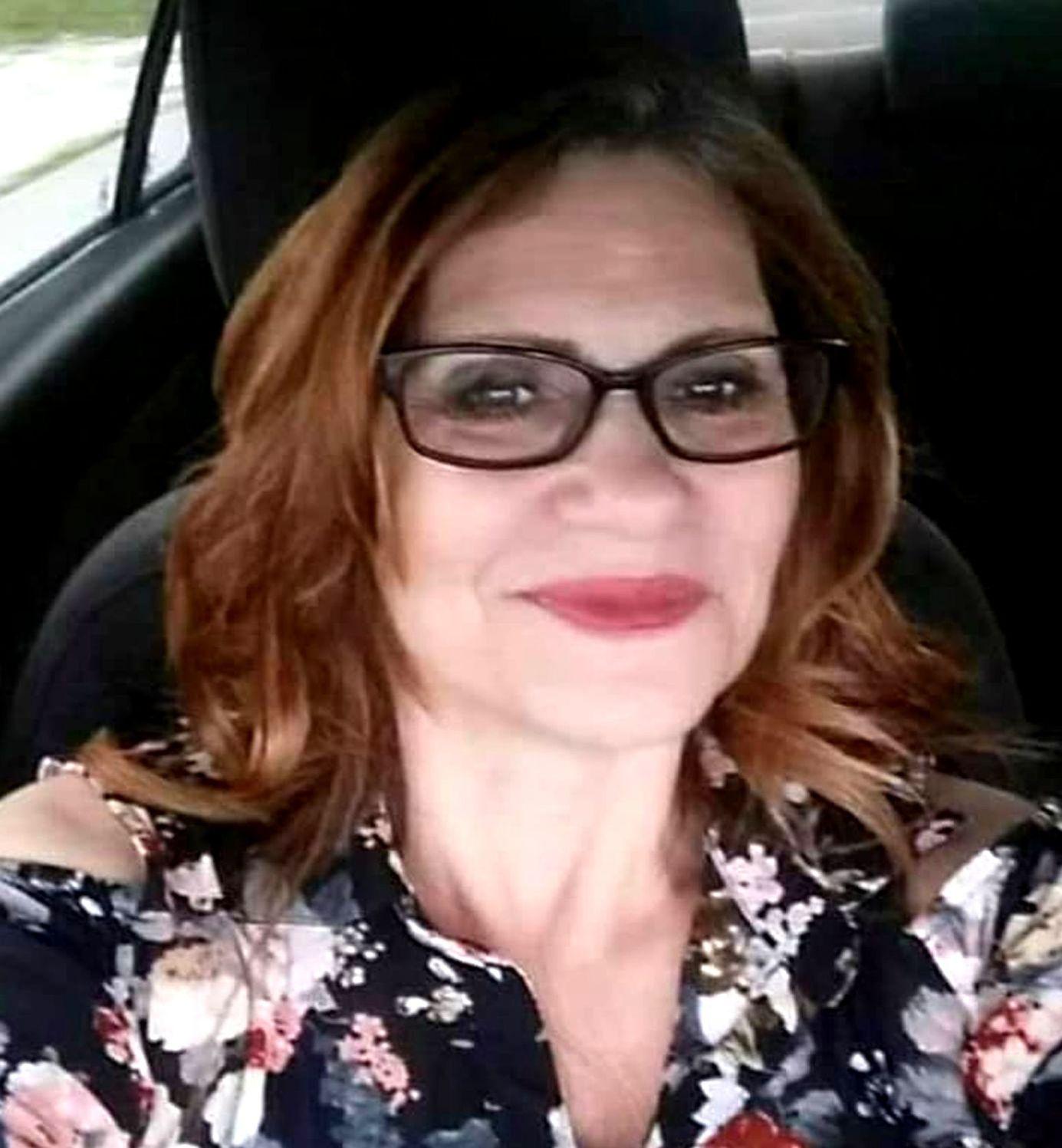 Debra Cook, 54, was a mother of two boys and a beloved grandmother. She was married to Michael Cook for 34 years. Friends remember good times together. She was known as a comforter to all who needed her. 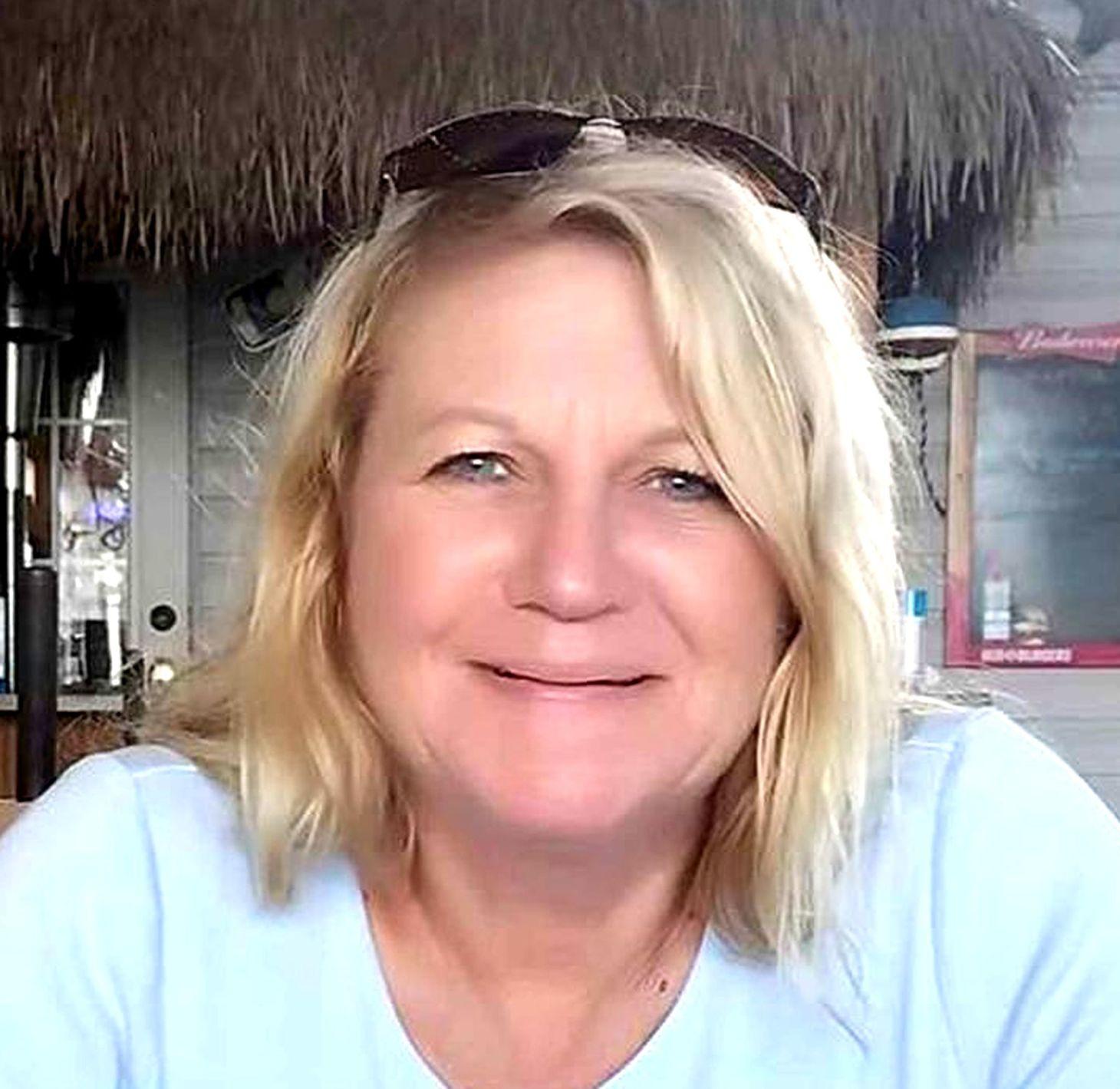 Cynthia Lee Watson, 65, and Tony Watson were married in January 2019. The couple lived in Venus with two Shih Tzus, as well as some chickens and goats. She was an avid animal lover.