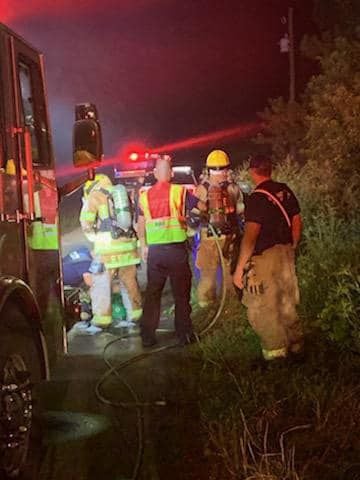 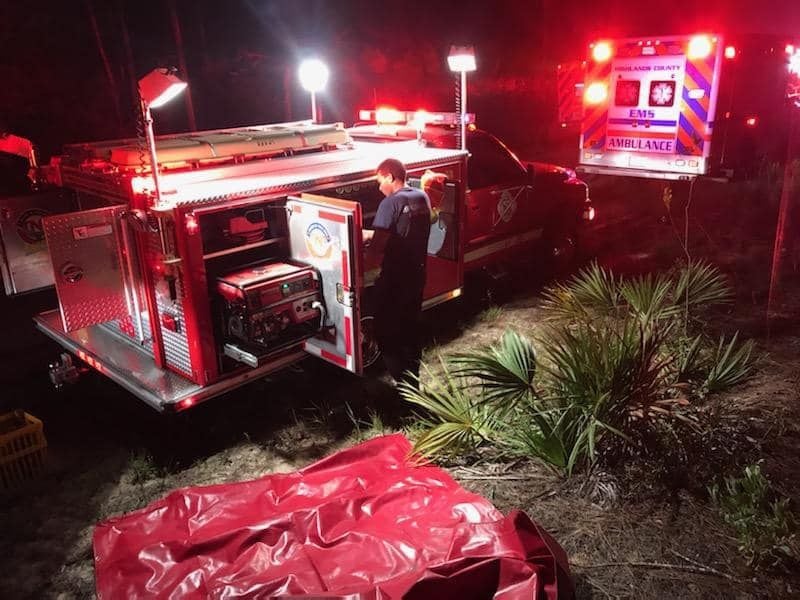 LAKE PLACID — Highlands County Fire Rescue units were very busy on Sunday with fires but the last fire of the day, at about 10:45 p.m., would prove fatal. Firefighters responded to a mobile home fire on Sentimental Court in the Sun n Lakes subdivision.

One person was in the residence and died in the fire. Highlands County Sheriff’s Office is investigating the fatality. No name has been released and it was not known if the next of kin had been notified on Monday morning. According to the sheriff’s public information officer, it is standard protocol for HCSO to investigate the death.

The Fire Marshal is investigating the cause of the fire. Although it is an active investigation, there is speculation the fire started in the bedroom.

According to HCFR Chief Marc Bashoor, firefighters were on scene within seven minutes of the emergency call. Despite the quick response time, the home was already 80% involved when firefighters arrived.

Bashoor said the residence was a total loss. The total damage was estimated at $30,000.

The residence was on a sparsely developed street and had no neighboring homes in the immediate proximity. It was not immediately apparent who called 911.

Bashoor said the fire did not take long to put out but crews were there for hours because of the fatality investigation.