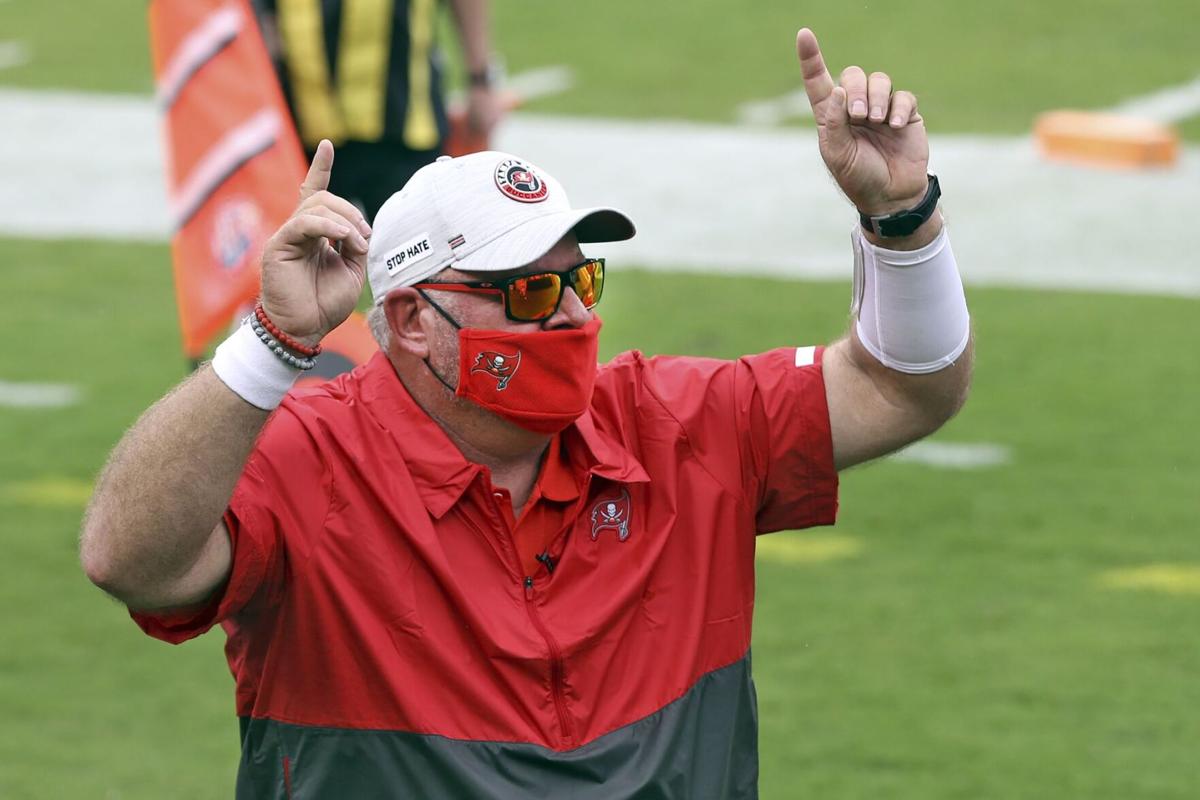 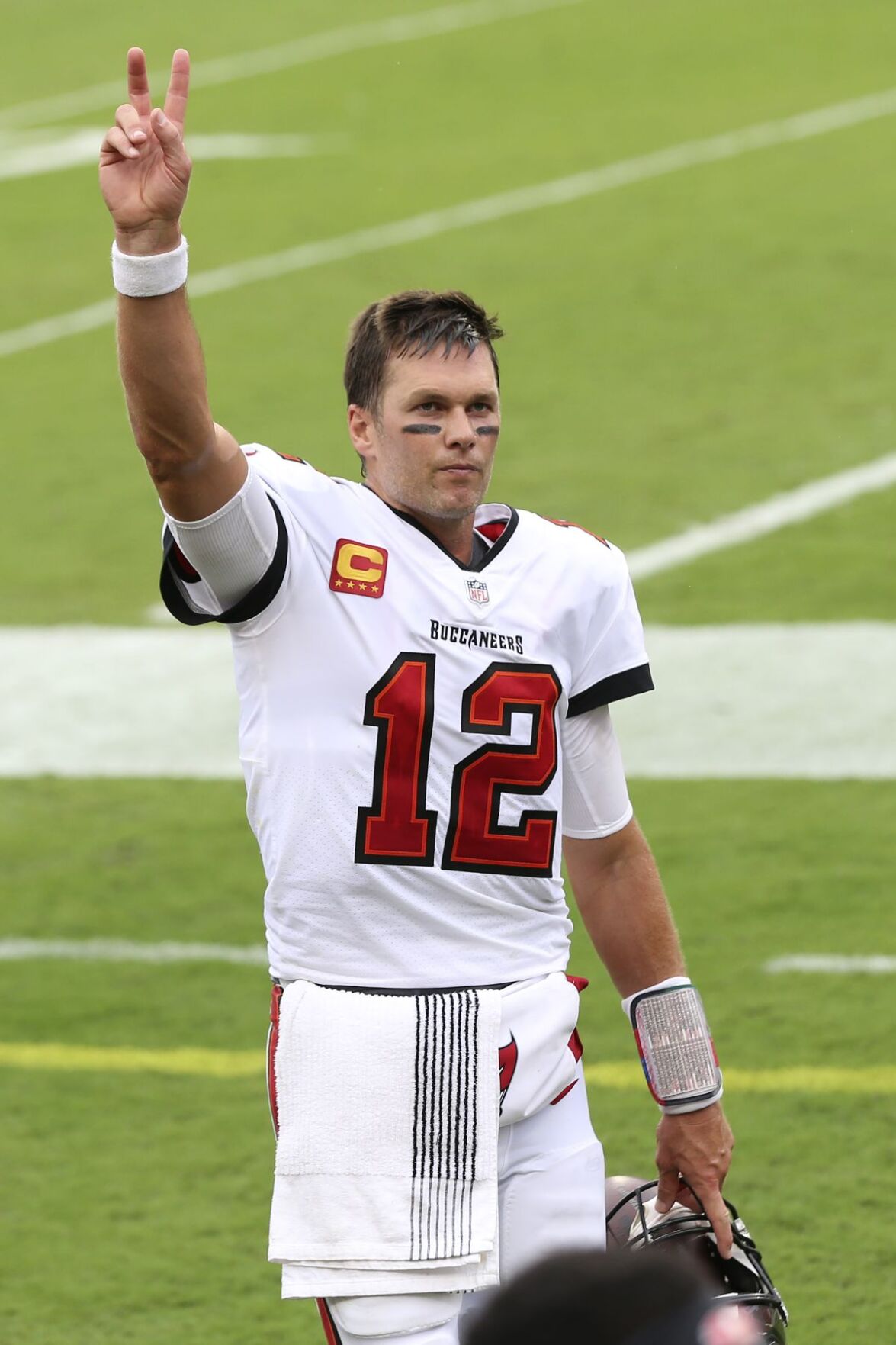 Tampa Bay Buccaneers quarterback Tom Brady (12) celebrates as he leaves the field after an NFL football game against the Los Angeles Chargers. 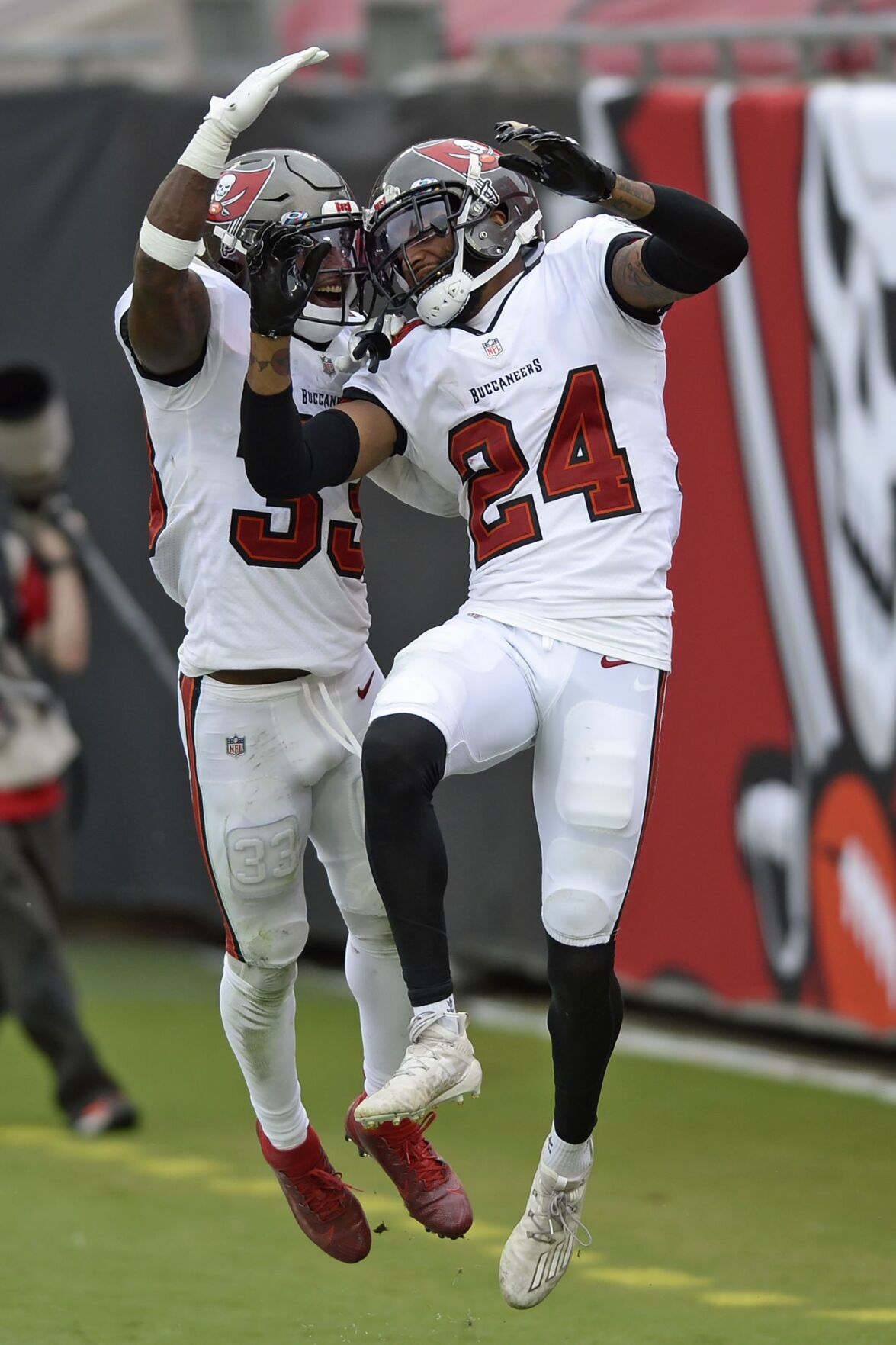 Tampa Bay Buccaneers quarterback Tom Brady (12) celebrates as he leaves the field after an NFL football game against the Los Angeles Chargers.

Tom Brady is one reason. Another is the continued growth of a young defense that’s doing its part to help the six-time Super Bowl champion transform the team into a consistent winner.

The Bucs (3-1) haven’t made the playoffs since 2007, a stretch of 12 consecutive seasons that’s the second-longest postseason drought in the NFL.

A three-game winning streak has them in unfamiliar territory — alone atop the NFC South standings, where they’ve finished last much of the past decade-plus.

“Once you get there,” said coach Bruce Arians, noting Brady’s leadership and the team’s growing belief in itself, “you want to stay there.”

With Brady throwing for a season-high 369 yards and five touchdowns, the Bucs overcame a 17-point deficit to beat the Los Angeles Chargers 38-31 on Sunday.

A usually reliable defense that’s been trending in the right direction since late last season didn’t play particularly well against LA, especially in the first half.

But despite allowing two TD passes of over 50 yards and not doing much to keep the Chargers from building a 24-7 lead, the unit forced a fumble to set up Brady’s TD throw to Mike Evans just before halftime and then limited LA to seven points after intermission.

Defensive coordinator Todd Bowles said the Bucs demonstrated how much they have progressed.

“I don’t think we were mature enough to win this game a year ago,” Bowles said. “Going forward, we understand that we can’t make those mistakes ... but they’re still good enough to come back from adversity. We’ve got to be better, and they know that.”

A commitment to running the ball is paying off, no matter who gets the carries. With Leonard Fournette already sitting out with an ankle injury, LeSean McCoy limped off with sore ankle in the first half. That left the majority of the workload to Ronald Jones, who gained a season-best 111 yards on 20 carries.

The offense put up 38 points and scored on four straight possessions in the second half. However, Brady is striving for more consistency over four quarters. Injuries that are beginning to test the team’s depth have been part of the problem.

Pro Bowl receiver Chris Godwin has sat out two of the past three games, Evans missed a week of practice leading up to one game and several others, including Fournette and receivers Scotty Miller and Justin Watson, have been banged up.

“It’s a long season and we’re 25% of the way through, so it’s not early anymore. We have a decent sample size. We have to figure out what we’re good at (and) what we’re not good at and keep working to get better,” Brady said.

“The guys that haven’t had much of a role have to find a way to find a role for themselves and the guys that have, have to keep improving it and increasing it,” Brady added. “I know we have a lot of playmakers out there, but we’ve got to continue to gain trust in one another, become more dependable and consistent and ultimately play well for 60 minutes and see what it looks like if we can do that.”

Vaughn made the most of a limited role against the Chargers, finishing with 4 yards rushing on three attempts and two receptions for 22 yards.

“Getting (those) game reps helped me figure out the tempo of the NFL, game speed, knowing just how fast it moves,” Vaughn said. “I’d say that’s the biggest difference — the game speed. That’s just something you won’t get at practice.”

The Bucs spent much of the offseason stockpiling playmakers for Brady, raising the question of how they could possibly spread the ball around enough to keep everyone happy. With injuries taking a toll, no one’s asking that question anymore.

Tight end O.J. Howard, who had a TD catch against the Chargers, may have a ruptured Achilles tendon, which would force him to miss the rest of the season. Howard had an MRI on Monday, but Arians said he had not received the results.

6,383 — The limited number of fans allowed to attend Sunday’s game.

“You could hear them hollering and I could hear them (complaining), too. That was great,” the coach said. “They needed to (complain) there for a while, and I was loving it when they were doing it. I think our guys heard them, too, so that’s awesome.”

Tampa Bay has a short week of preparation before facing the Bears (3-1) on Thursday night.