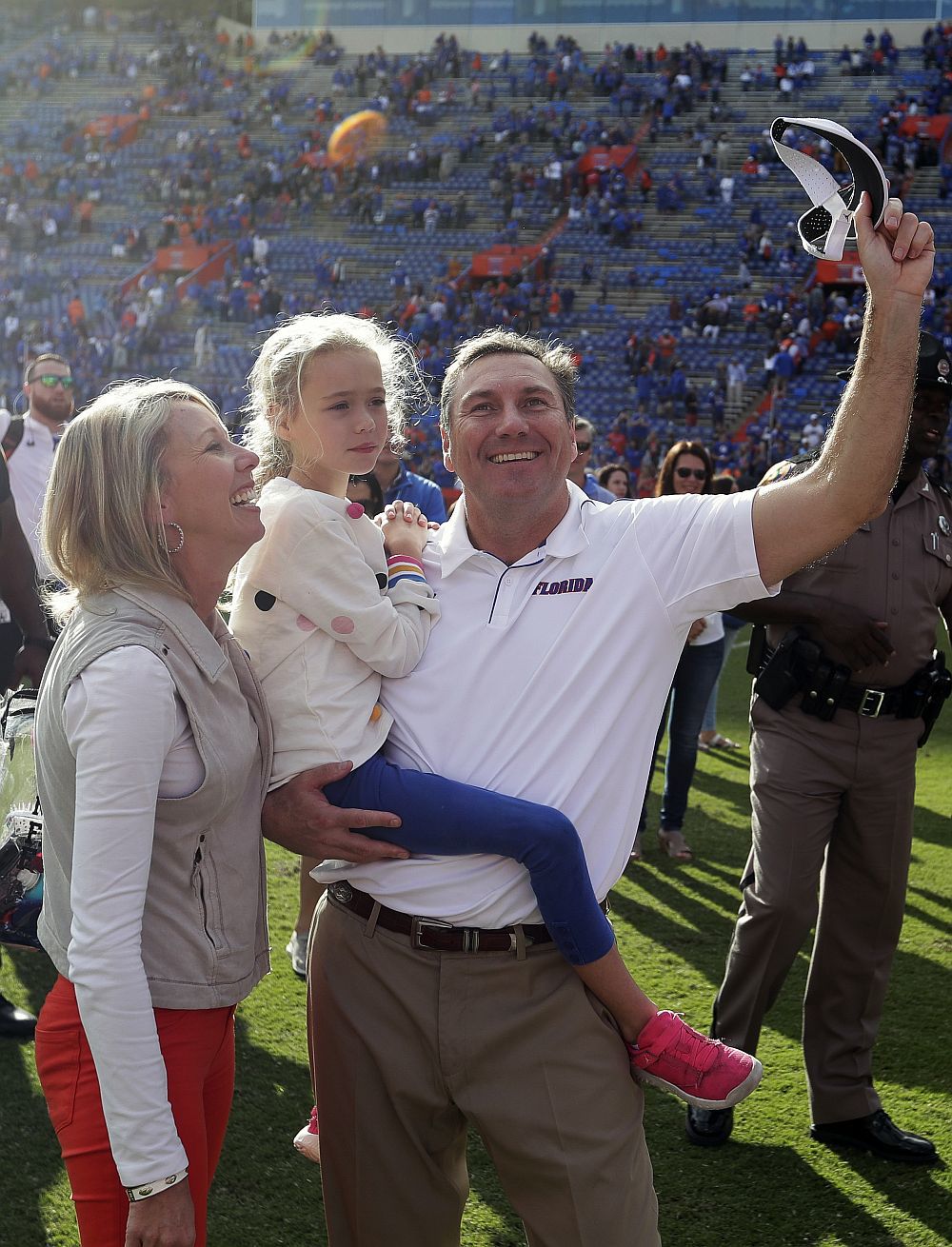 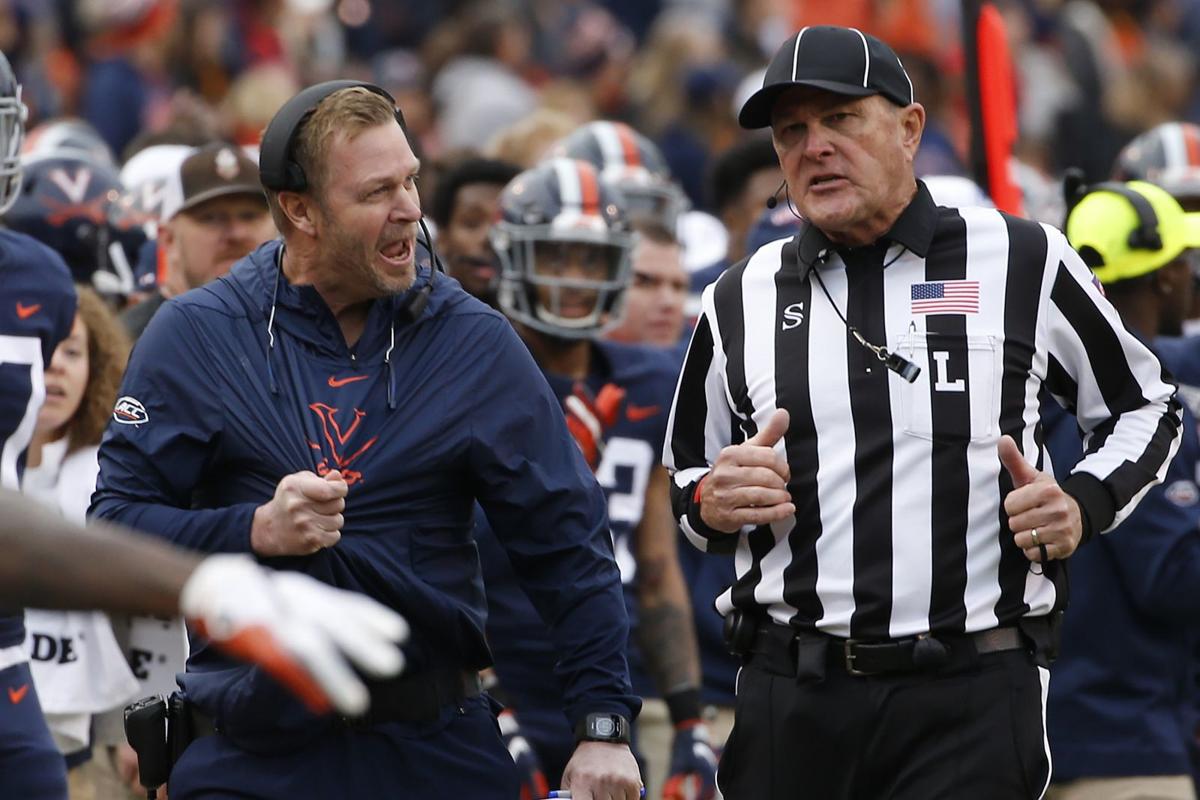 Virginia head coach Bronco Mendenhall, left, disputes a call during the second half of an NCAA college football game against Virginia Tech.

Virginia head coach Bronco Mendenhall, left, disputes a call during the second half of an NCAA college football game against Virginia Tech.

MIAMI GARDENS — There isn’t much of a history between Florida and Virginia.

The schools met in the College World Series in 2015, the Cavaliers ousting the Gators on the way to the national championship. They’ve played in the NCAA basketball tournament twice in recent years, the Gators winning in 26-point routs both times.

But the lone football matchup between the schools was 60 years ago.

That’s about to change.

Florida (10-2, No. 9 in the College Football Playoff rankings) will face Atlantic Coast Conference runner-up Virginia (9-4) in the Orange Bowl on Dec. 30, with both teams still chasing something. For the Gators, it’s a chance at their first 11-win season since 2012. For the Cavaliers, it’s the second 10-win season in school history.

It’s the first Orange Bowl bid in Virginia history and the first New Year’s Six — the tag given to the Orange, Rose, Sugar, Cotton, Peach and Fiesta bowls — appearance for the Cavaliers since going to the Peach in 1998.

It’s an uncommon matchup: The only time the schools have played in football was 1959, a 55-10 win for the Gators at Florida Field.

But there are two common opponents in 2019 — Miami and Florida State. The Gators beat Miami 24-20 and Florida State 40-17; the Cavaliers lost to the Hurricanes 17-9 and beat the Seminoles 31-24 after rallying with two touchdowns in the final 6:02.

“We’re 10-2. We played a tough non-conference schedule,” said Dan Mullen, the Florida coach who became the first in school history to start his Gators career with consecutive double-digit-win seasons. “We went out to aggressively schedule two Power 5 teams non-conference. I mean, there’s a lot of teams not doing that.”

Florida’s only losses were to CFP-bound and top-ranked LSU, along with SEC runner-up Georgia. Virginia lost to Notre Dame, Louisville, Miami and Saturday’s ACC championship game to Clemson in a 62-17 rout.

“That wasn’t us,” Virginia wide receiver Hasise Dubois said. “That was us playing, but we’re a better team than we showed.”

This Orange Bowl trip was a long time coming for the Cavaliers — almost 70 years in the making.

Virginia turned down a chance to play in the Orange Bowl after the 1951 season, because the school at the time didn’t want to be part of major college football. The Cavaliers didn’t go to their first bowl game since 1984.

The Gators are in the Orange Bowl for the fourth time, having won each of their previous three appearances. They also won the BCS national championship game after the 2008 season, a game hosted by the Orange Bowl Committee.

Florida is in a New Year’s Six game for the second straight year, after beating Michigan in the Peach Bowl last season. Virginia topped South Carolina in the 2018 Belk Bowl and is making a third straight bowl appearance since a run of four in a row from 2002 through 2005.

“This team had to deal with so much adversity, so many injuries, so many other things,” Mullen said. “I think we were a better team at the end of the year, so it was a very successful year. We got another game.”

“I’ll tell you what, man, they’ve got some good players,” Swinney said. “Those guys are well positioned. They’re incredibly well-coached.”

Florida cornerback CJ Henderson, one of the Gators’ top players, will not be in the Orange Bowl. He’s already announced his intention to forgo his senior season and enter the NFL draft.