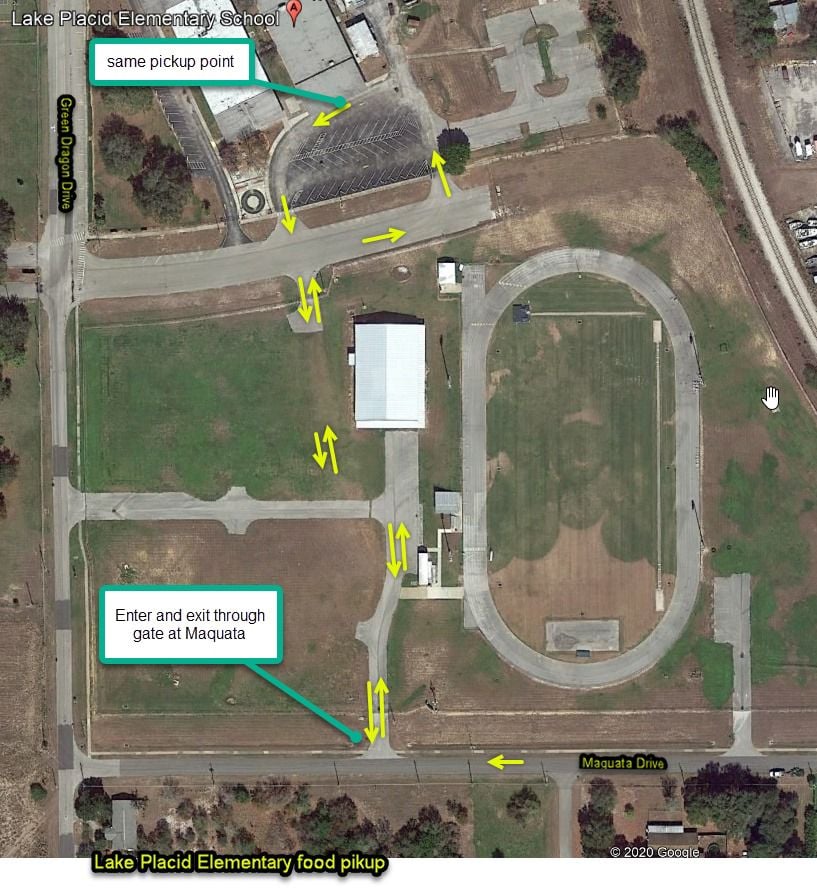 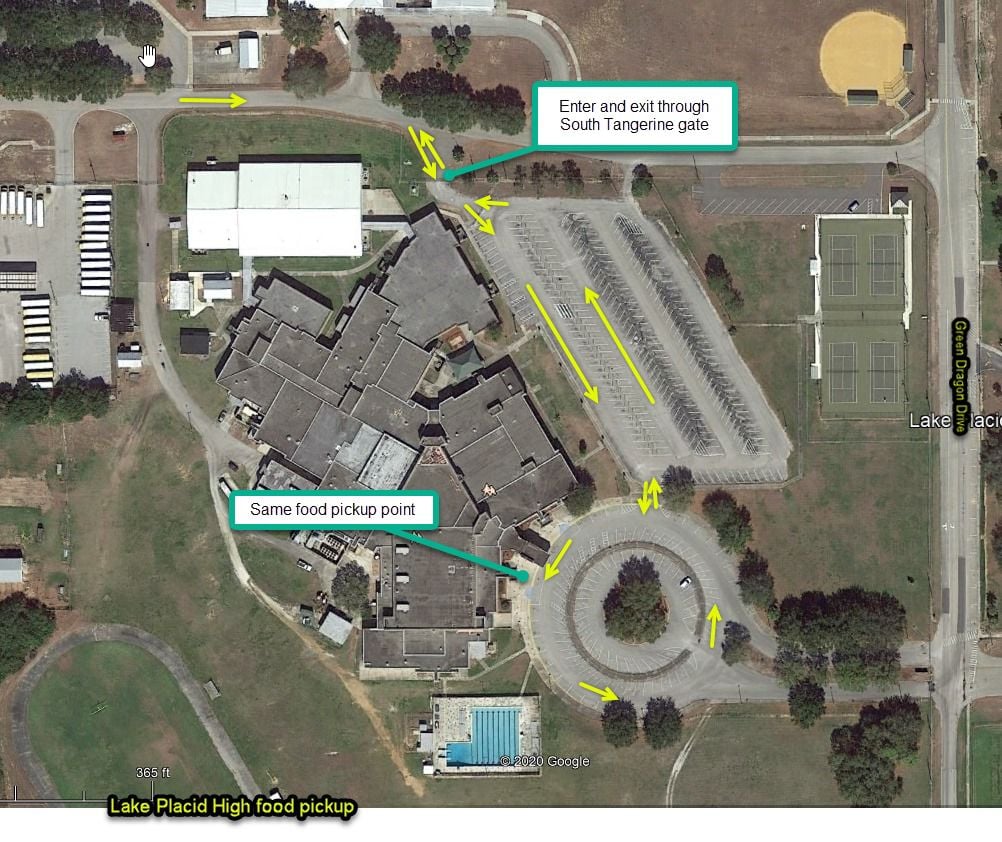 LAKE PLACID — Green Dragon Drive closed last week due to the road being reconstructed. The project was slated after the students were out of school for the summer.

The project got a jump start since the students are distance learning because of COVID-19. Green Dragon Drive has three schools along it.

There is a detour for the no cost meal distribution drive through. Parents should enter the gate on Marquata Drive for Lake Placid Elementary School. Lake Placid High School should enter at the south Tangerine Avenue gate.

The reconstruction has been been needed for several years and has been a pet project of Town Administrator Phil Williams. However, the price to repave the road was prohibitive. The bid for all Options was $587,480, according to Utility Director and Town Engineer Joe Barber. The lowest bid was from Hickey Excavation.

The project includes a water main replacement and the roadway reconstruction. Barber believes the the construction will be “substantially complete” by Aug. 7.

The School Board of Highlands County will be paying $29,692 of the total to have their parking reconstructed. A grant from the Florida Department of Transportation will pay the a big part of the bill.

“Green Dragon Drive was a concern when I became Town Administrator in 2013,” Williams wrote in an email. “At the time FDOT was sponsoring Small County Outreach grants that we could apply for. The grant process was a learning experience and we first applied for and received $100,000 to resurface the road only to learn from a HC (Highlands County) Engineering review of the road and core tests, that much more was needed. We requested cancellation of the 2015, $100,000 grant which we had received a contract for and reapplied for $477,939 which FDOT granted and a contract was established in 2016 to reconstruct Green Dragon Drive — foundation and all.”

Barber did the design work for the project saving the town thousands of dollars.

“Green Dragon is a major South County roadway for the town and more importantly for the Greater Lake Placid area,” Williams said. “Three schools are located on the roadway along with the Greater Lake Placid’s main storm shelter at the high school. How such a poorly constructed road came to be a major server for such concentrated interest is left to history. I am not sure when the road was last resurfaced; however, from what I have learned Engineering practices have evolved to better test and calculate the long term foundational needs more so than historically throwing some asphalt over a sand foundation.”

In the past, Williams has jokingly said he wouldn’t retire until after Green Dragon Drive was paved. He has no immediate plans to retire. He said he would hate to leave the town in the middle of the COVID-19 crisis. He likened it to leaving during a hurricane and said he might not retire for another 10 years.