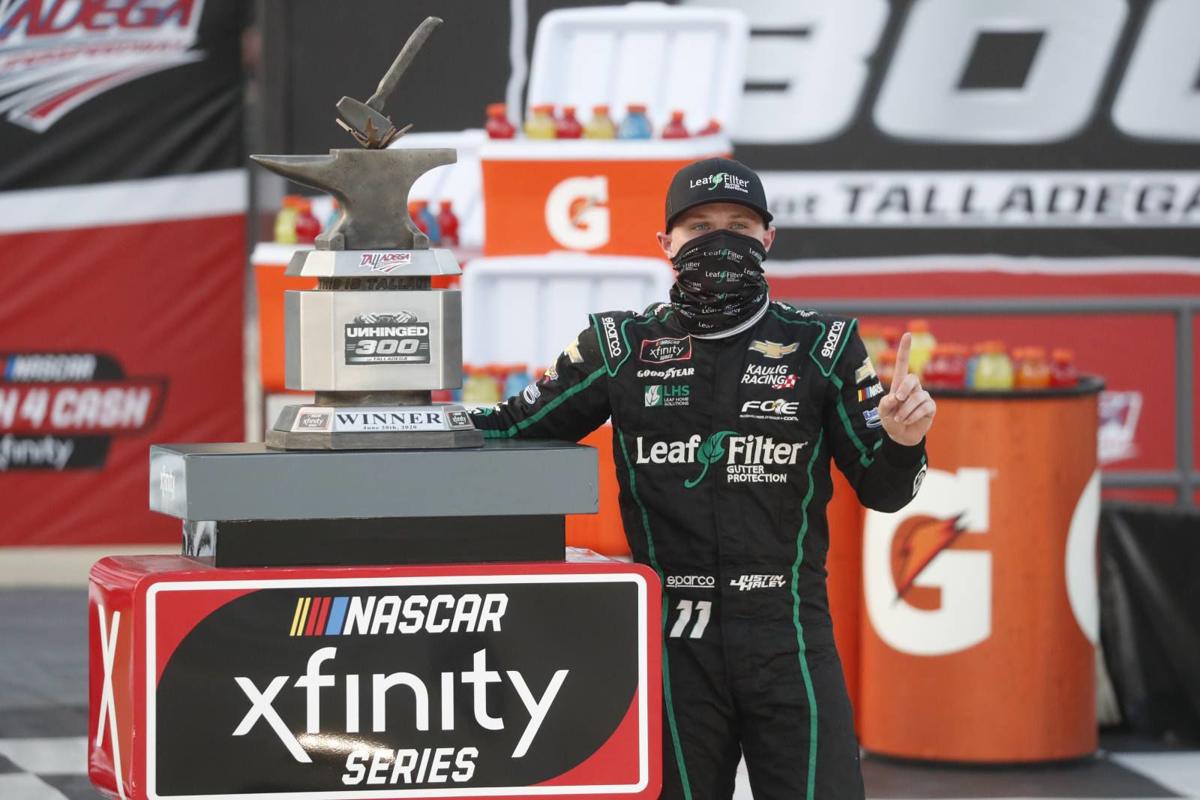 Justin Haley celebrates with the winner’s trophy in Victory Lane after winning a NASCAR Xfinity auto race at Talladega Superspeedway in Talladega Ala. on Saturday. 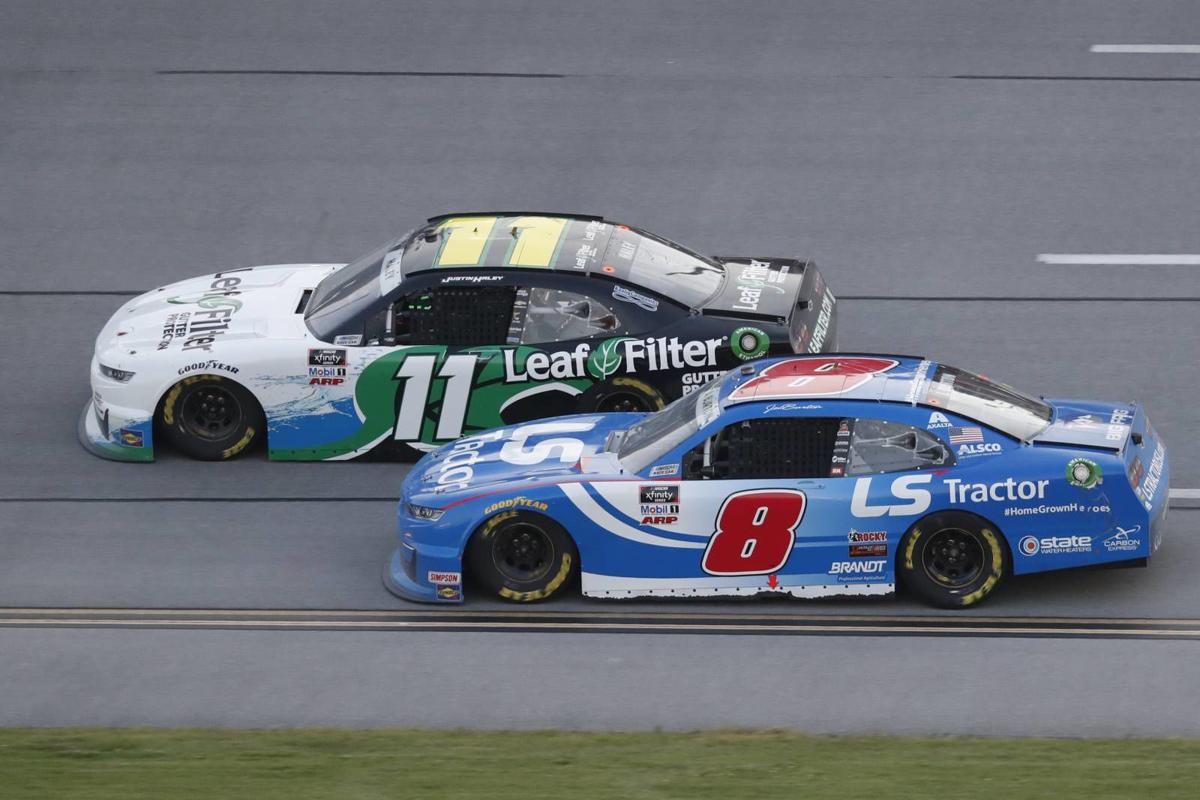 Justin Haley celebrates with the winner’s trophy in Victory Lane after winning a NASCAR Xfinity auto race at Talladega Superspeedway in Talladega Ala. on Saturday.

TALLADEGA, Ala. — Justin Haley took the lead on the final lap — with help from Kaulig Racing teammate Ross Chastain — and held on Saturday at Talladega Superspeedway for his first Xfinity Series victory.

Haley passed Jeb Burton, the fellow Chevrolet driver who held the lead going into a restart with three laps to go, on the outside with a push from Chastain and finished 0.299 seconds ahead.

He climbed out of the right side of his car to start the celebration.

“I’ve been thinking about, everyone has their own deal,” Haley said. “That’s mine. That’s going to be my signature mark, only because I’m the littlest guy. I think I’m the only one who can do it and I still struggled.”

Haley also won the rain-shortened Cup race at Daytona last July and is a three-time Truck Series winner, giving him victories in each of NASCAR’s three top national series.

Burton finished third after Haley beat him to the line on the final restart.

“I thought it was OK,” Burton said. “He definitely did jump a little bit. He beat me to the line.”

There were no fans allowed in the grandstands because of the coronavirus pandemic.

The race was marred by two late red-flag cautions.

The second came when Noah Gragson spun after contact from JR Motorsports teammate Justin Allgaier when Chastain made a blocking move.

“I’m sorry, y’all,” Allgaier told his team over the radio. “The 10 (Chastain) tried to block Noah and he had nowhere to go. It wasn’t his fault.”