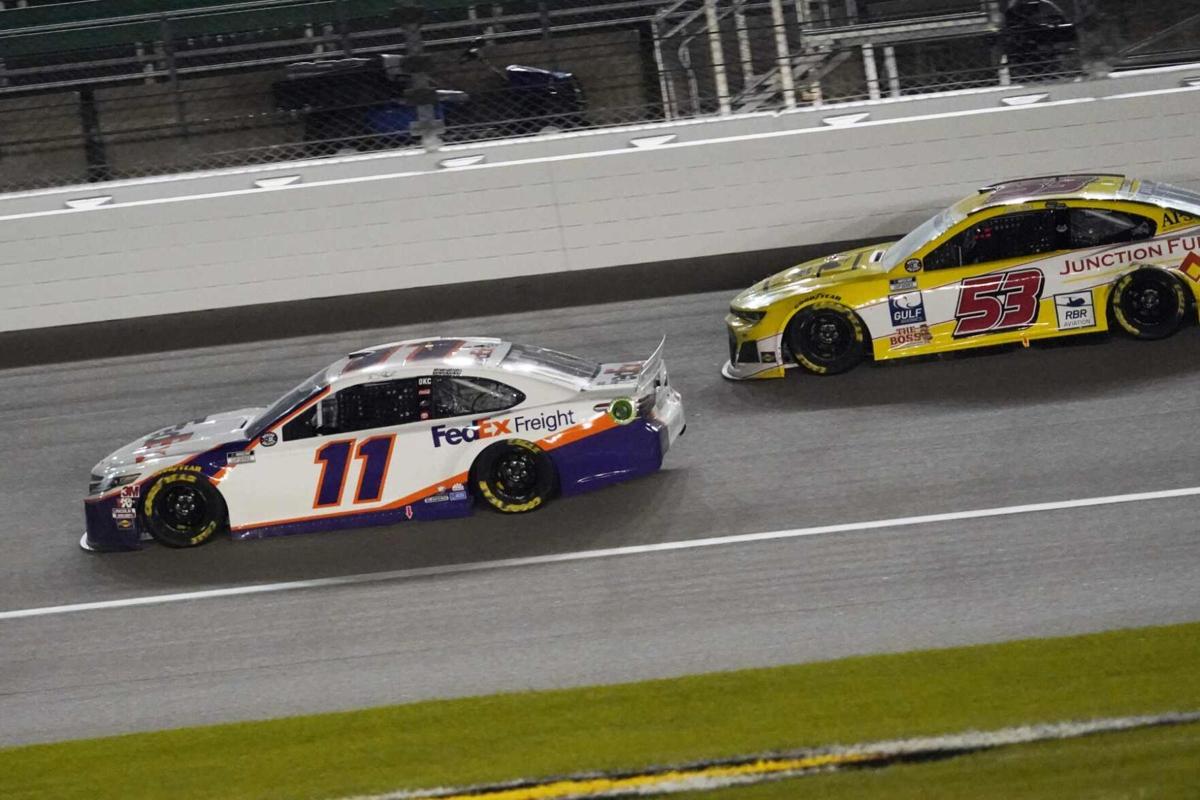 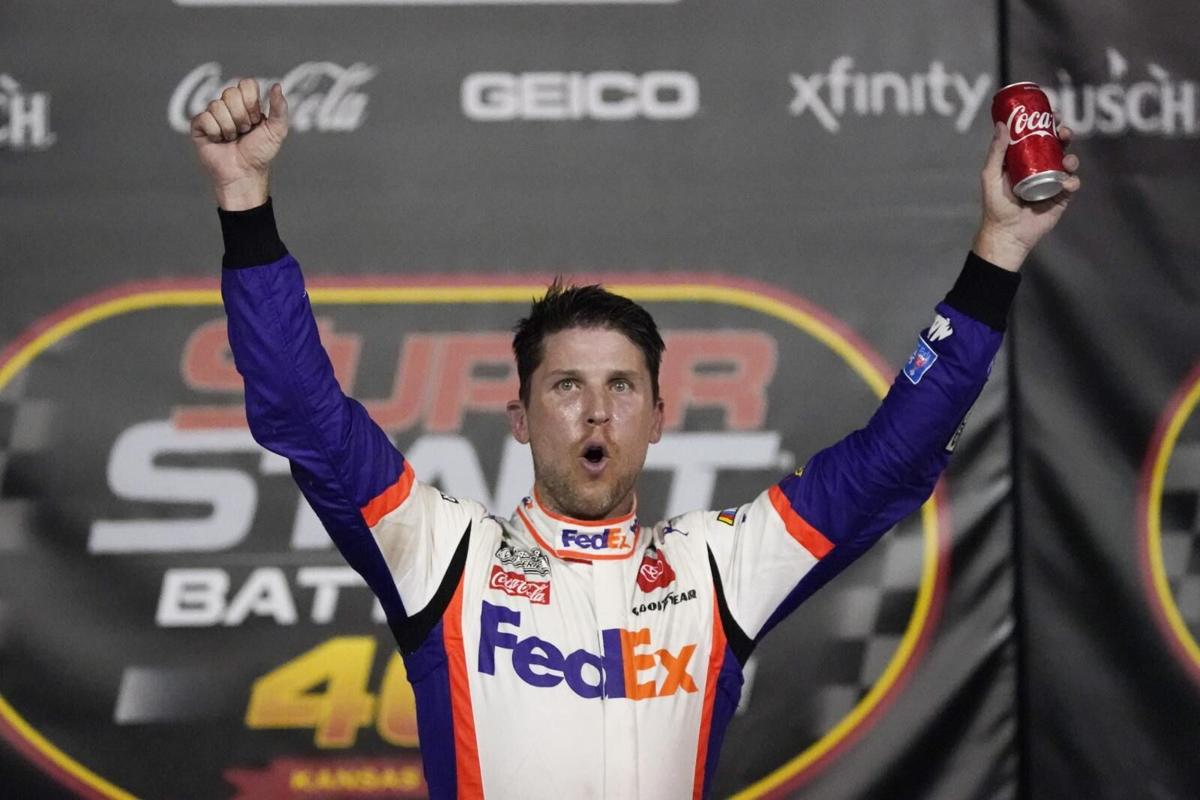 KANSAS CITY, Kan. — There was no talk of championships when Denny Hamlin’s team met during NASCAR’s offseason to discuss goals for the upcoming year, even though that is just about the only thing he has yet to win at the sport’s highest level.

“His goal has been very simple,” Hamlin said. “He gave me a list of probably six guys in history that won X number of races. He said, ‘You want to be a legend? Get on that list. You win that number of races, you’ve done something special.’”

Hamlin won’t divulge that number, but it must be more than five. That’s the number he hit Thursday night at Kansas Speedway, where he led four times for a race-high 57 laps. He took the lead for the last time on Lap 255 and held off the charging Brad Keselowski over the final 12 laps to making back-to-back wins at the fast mile-and-a-half track.

The win broke a tie with Kevin Harvick for the most this season and gave Hamlin at least five for the second straight year. It also gave him 11 wins in less than two full seasons with Gabehart, whose arrival last year instantly reinvigorated the No. 11 team — and Hamlin, who was coming off his first winless season since his 2005 rookie year.

“This is as good as he’s ever been,” Dale Earnhardt Jr. said. “All the pieces are there for him, that’s for sure.”

Together, Hamlin and Gabehart have become the latest “it” team in NASCAR, following in the footsteps Harvick-Rodney Childers and Jimmie Johnson-Chad Knaus. They’ve built a certain comfort and trust that is rare in the sport, and that’s why even on what they call an off night — like at Kansas — they still found a way to coax their Toyota to the front.

“Let me just be very blunt: I believe Chad Knaus and Jimmie Johnson are the best to ever get it done. Period,” Gabehart said afterward. “The reason is sustainability. The years upon years upon years that they did it is hard to burn the candle that hot for that long. So bar none, I would never put myself in that category. That’s not for me to do.”

It’s not just sustainability, though, it’s sealing the deal on the final race weekend of the year. Hamlin came close to winning the championship in 2010, when he won an astounding eight times only to have a poor qualifying effort at Homestead and some minor damage during the race torpedo his chances. And last year, when Gabehart’s aggressive decision to tape off the front of his car late in the race caused some overheating issues and allowed teammate Kyle Busch to win the title.

Hamlin has a few things working for him right now.

For one thing, the Gibbs stable started to gain some momentum at Kansas. Martin Truex Jr. finished behind Brad Keselowski in third, and Erik Jones finished behind Harvick to give the team three of the top five finishers. Busch was a bit farther back in 11th, but he also won a stage to earn his first playoff point of the season.

For another thing, Hamlin is coming up to a run of tracks that he likes. He’s won three times at New Hampshire and twice at Michigan, which will host a weekend double-header. Should Hamlin advance in the playoffs, he’d return to Kansas in October for the Round of 8 and the penultimate race is at Martinsville, where he also has won five times.

“We can win every single week,” Hamlin said. “I know my equipment is good enough to do it. I still need to get better at some tracks, but certainly I go to the track every week expecting to win. If we have what we call a green race where no mistakes are made, we’re in the top five with a shot to win. It’s on me to have those green races.”