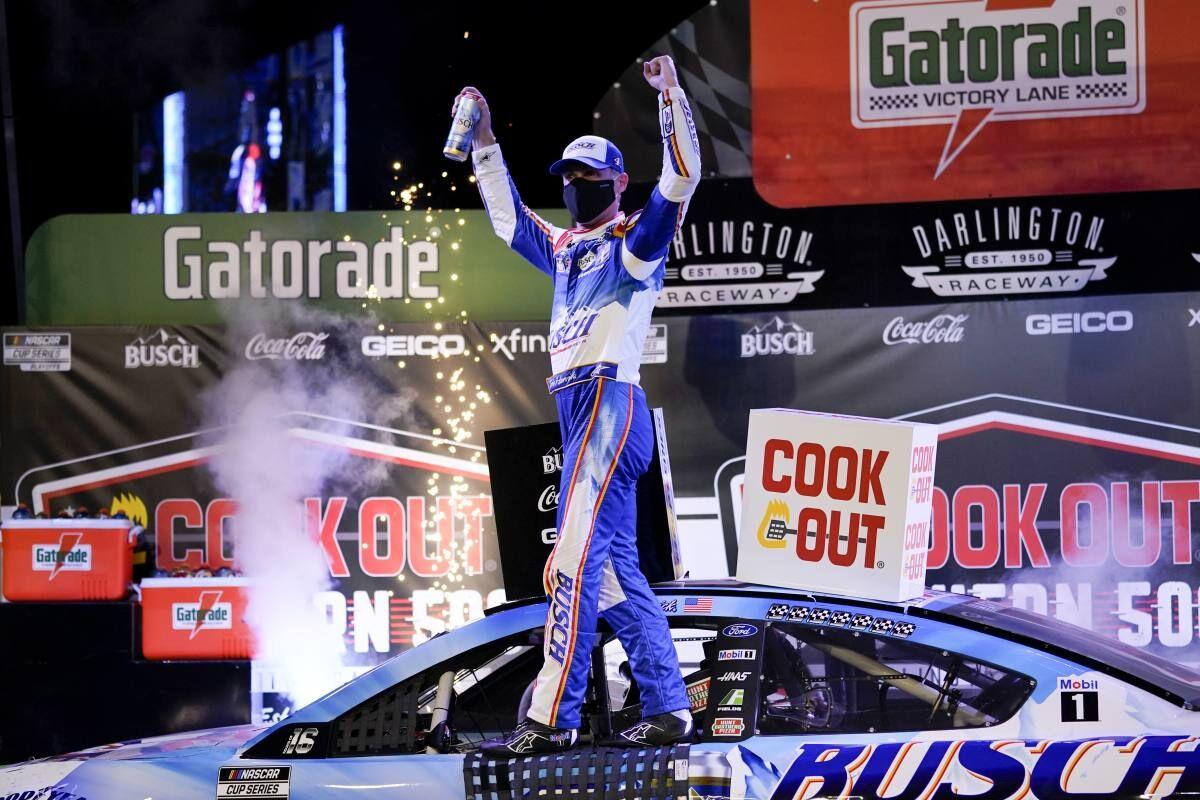 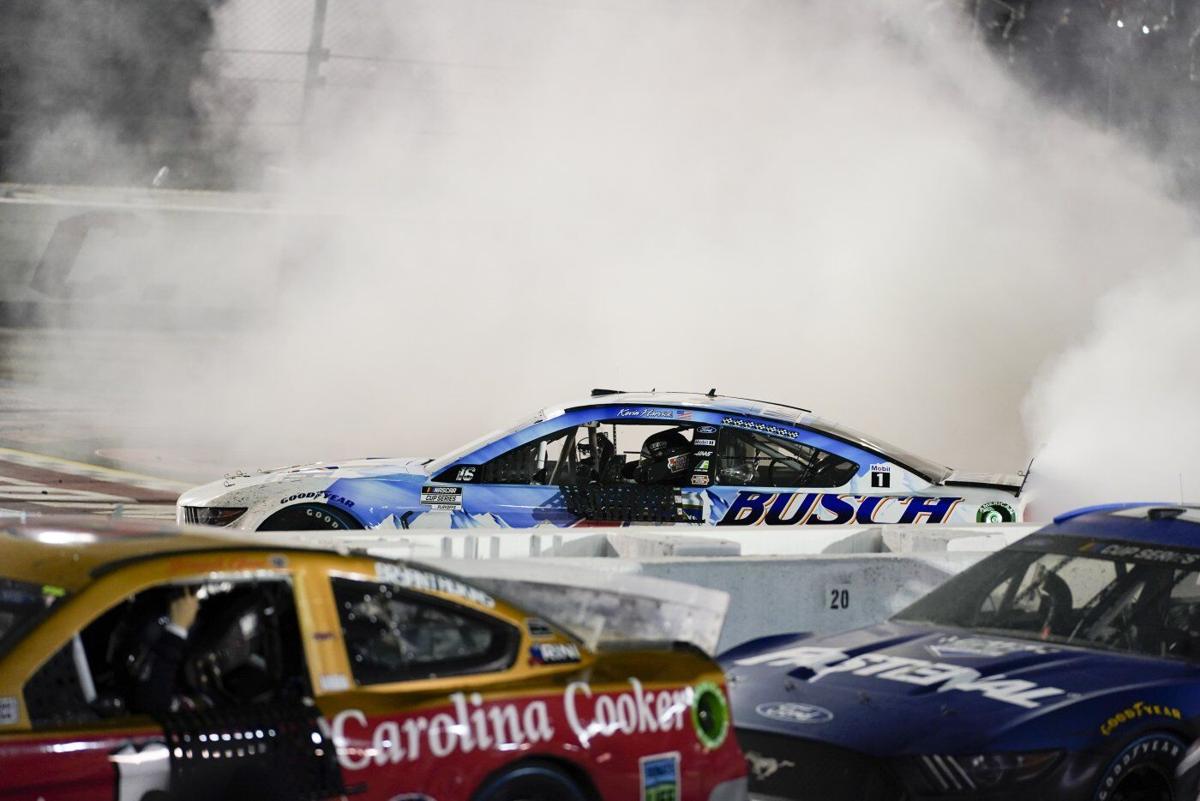 DARLINGTON, S.C. — There was no doubt which of his two Darlington Raceway victories this year Kevin Harvick enjoyed more.

“The first thing I want to say is, ‘Welcome back fans! This is a hell of a lot more fun with you guys up there,’” he told the crowd Saturday night.

Harvick had a large smile as he waved to the 8,000 or so fans — the May 17 event here was run without spectators due to the coronavirus pandemic — and even gave the checkered flag to a young fan wearing one of his shirts.

Harvick had reason to be happy, taking the Southern 500 when leaders Chase Elliott and Martin Truex Jr. bumped as Truex tried to make a pass and both brushed the wall.

Harvick was there to take advantage — and begin NASCAR’s playoff the best way possible.

Harvick, the 2014 series champion, was widely considered a favorite to be racing for a title this season. His eighth win this year put him into the second round.

“It was way better” getting out of the car and hearing a fan reaction, Harvick said. “It felt really good to have fans cheering.”

Especially after what they witnessed down the stretch at the track “Too Tough to Tame.”

Elliott and Truex had the most speed throughout — Truex won the first two stages — and were once again dueling for lead. Once they touched and hit the wall, things opened up for Harvick, who suddenly found himself out front.

Elliott dropped off the pace and Harvick passed him for second. Truex — who led a race-high 196 laps — had to pit for repairs on his damaged car, giving Harvick a clear path to the finish.

Harvick had to hold off a hard-charging Austin Dillon, a driver few predict will advance very far into the playoffs, to seal the victory in his Ford for Stewart-Haas Racing.

Dillon, in a Chevrolet for Richard Childress Racing, was second. Joey Logano in a Ford for Team Penske was third.

Erik Jones, the defending Southern 500 winner who is being replaced at Joe Gibbs Racing at the end of the season, finished fourth in a Toyota. Jones was the only non-playoff driver in the top 10.

Elliott wound up 20th while Truex was a lap down in 22nd.

Almiorola is now squarely on the bubble ranked 12th among the 16 drivers after the first playoff race. Four drivers will be eliminated at the end of the first three-race round. Bowyer is 13th in playoff standings with Cole Custer, Matt DiBenedetto and Ryan Blaney also on the outside with two races left in the opening round.

The second playoff race is at Richmond Raceway on Saturday night.