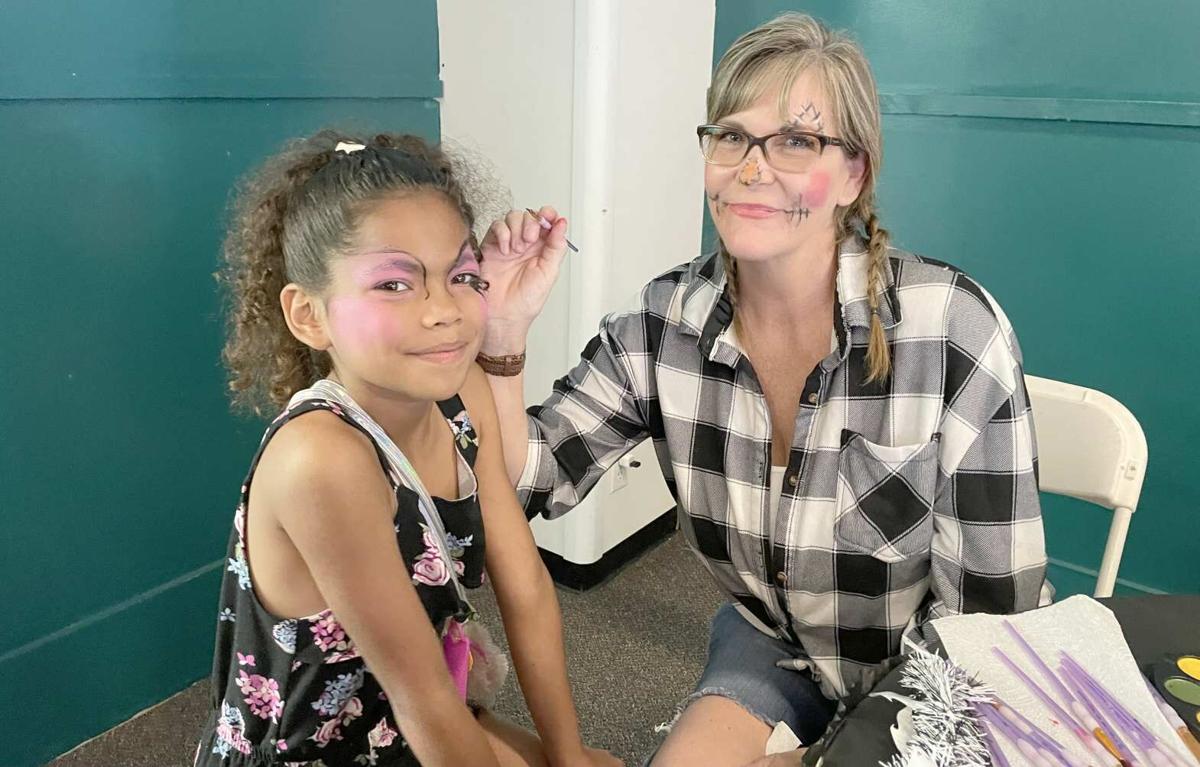 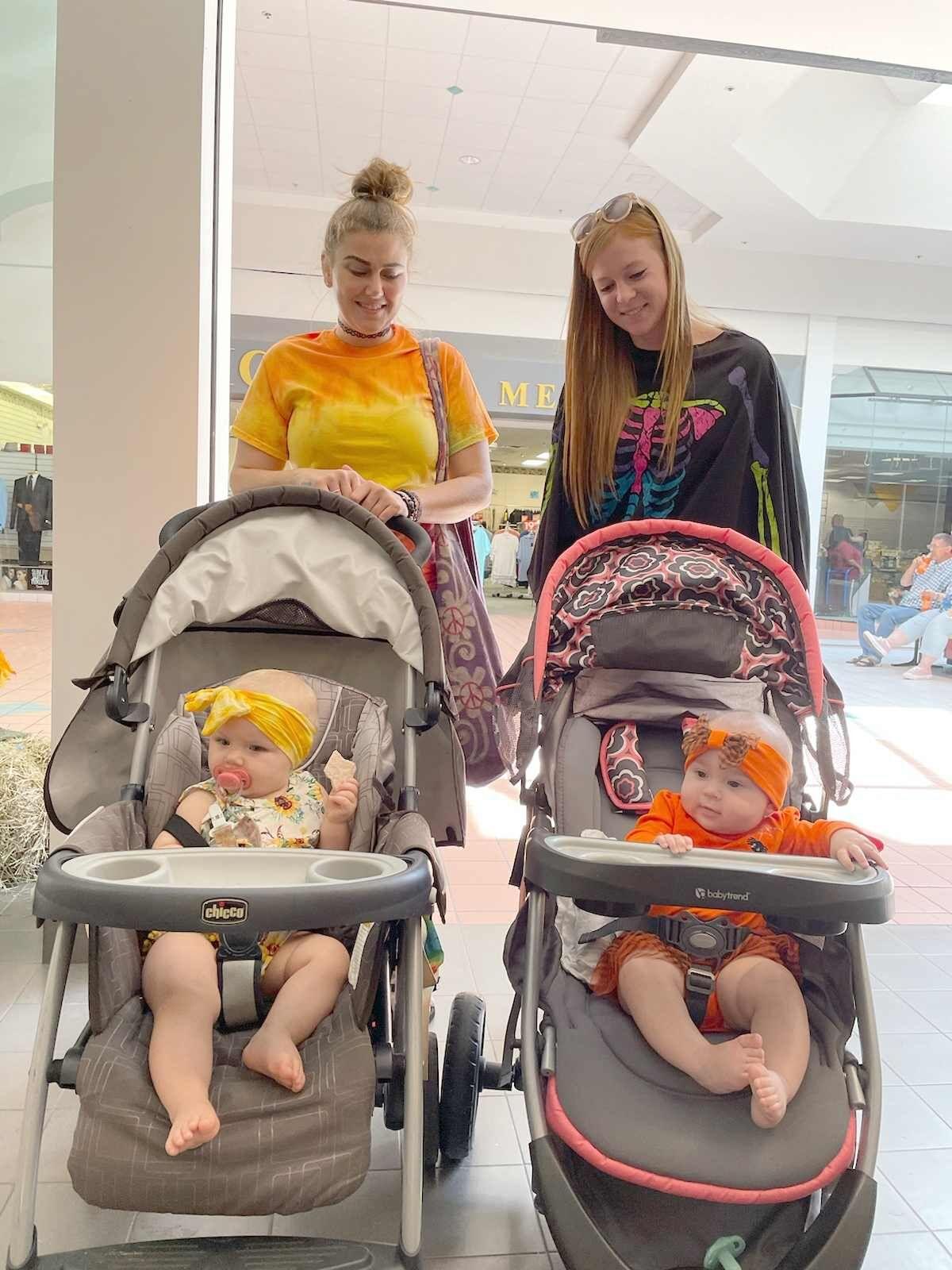 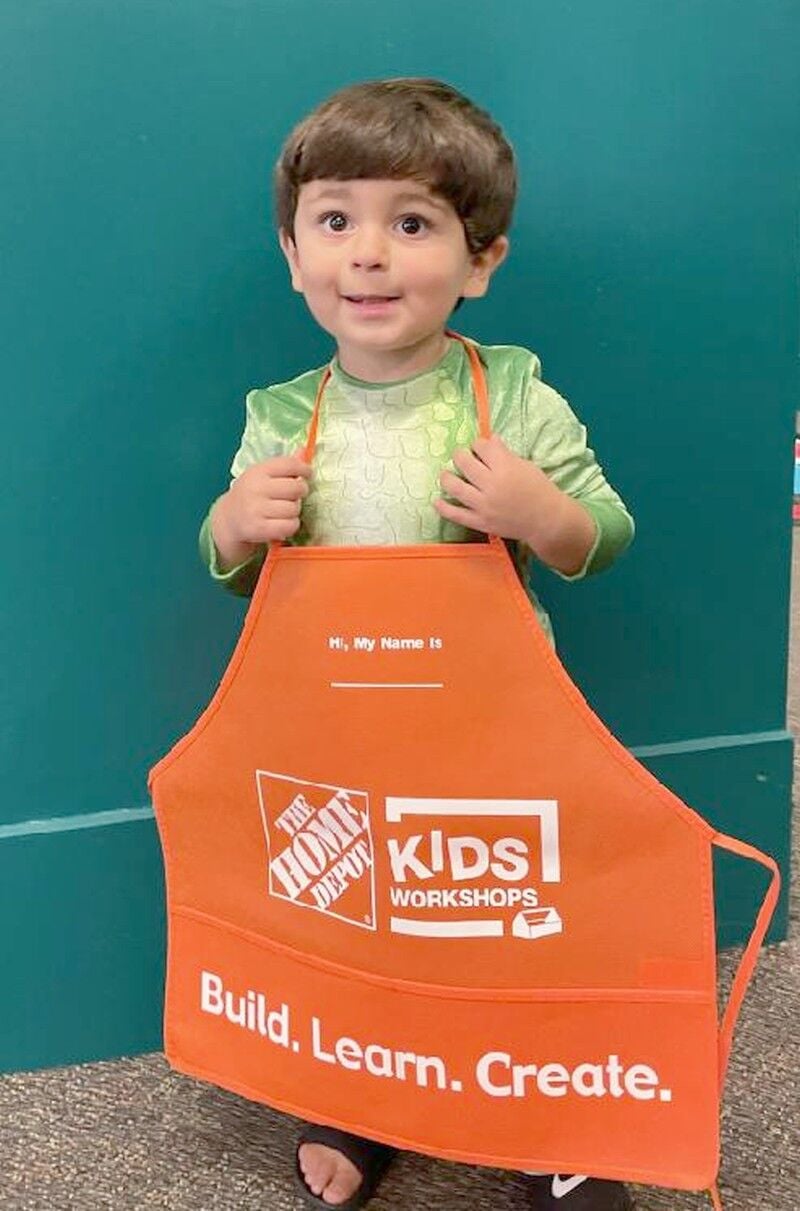 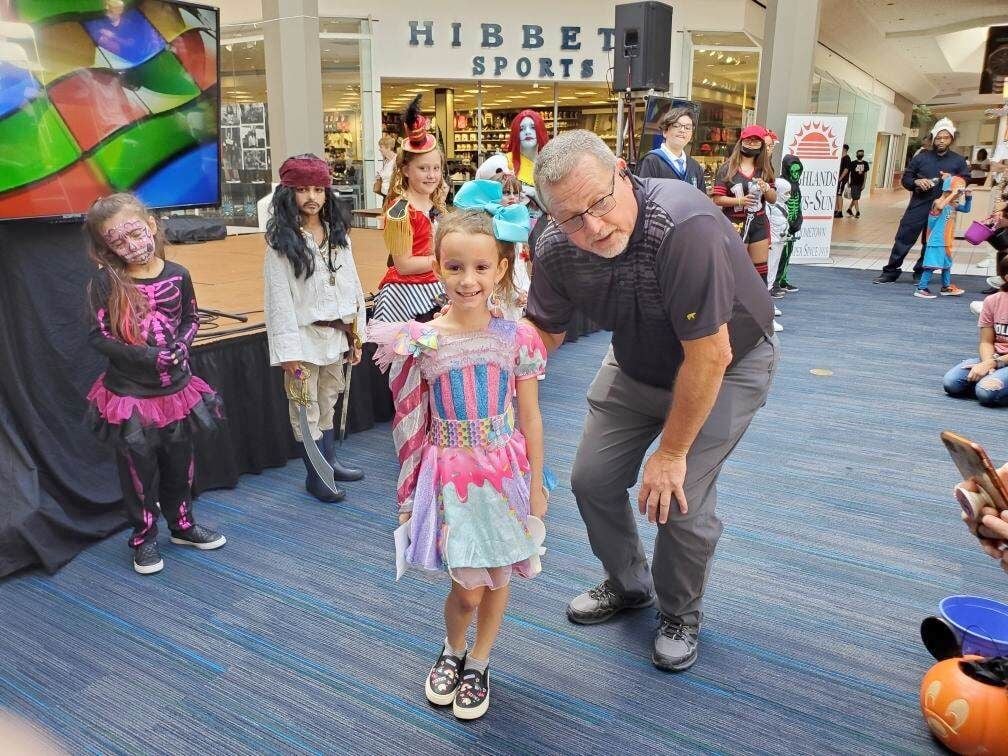 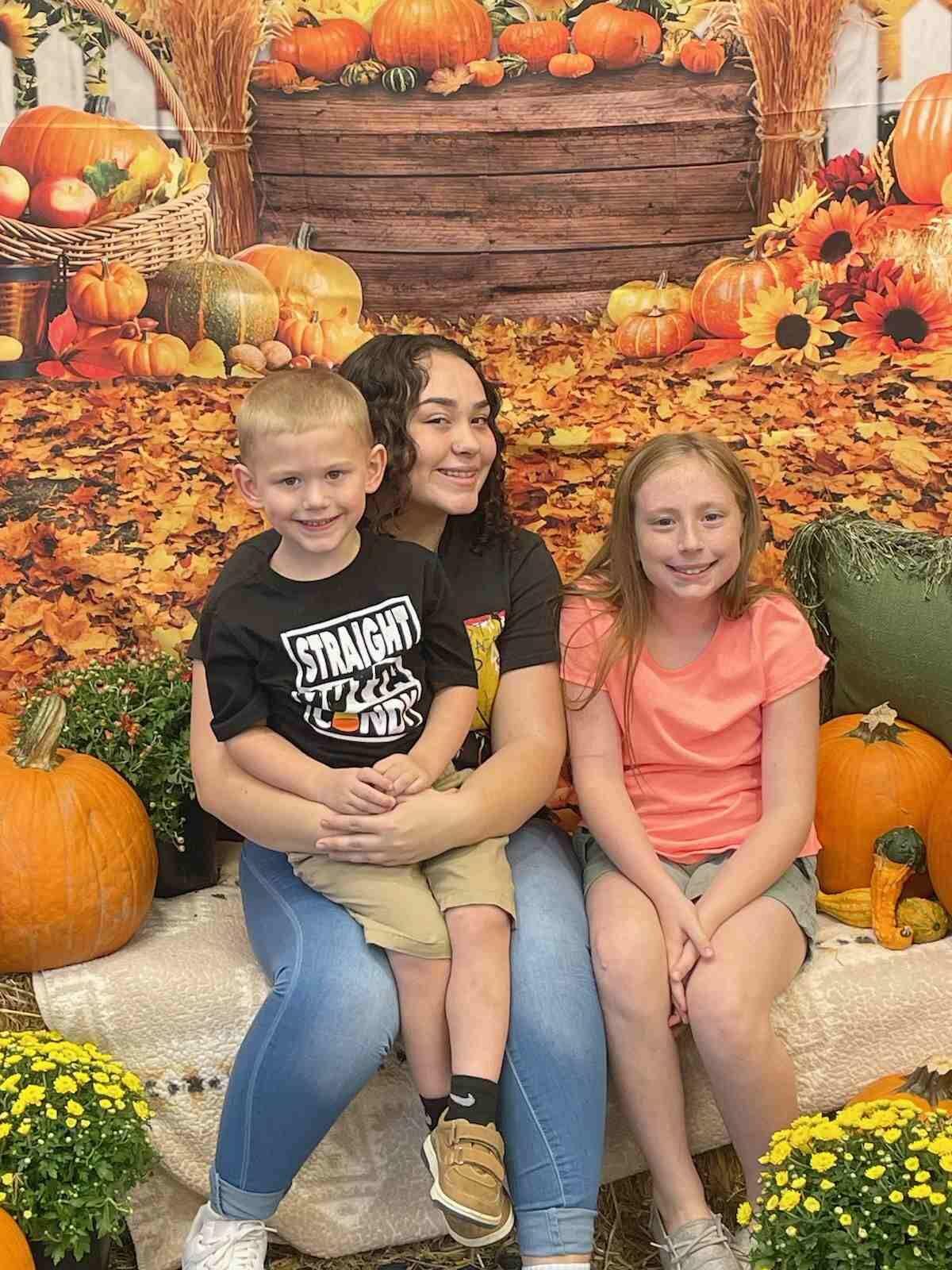 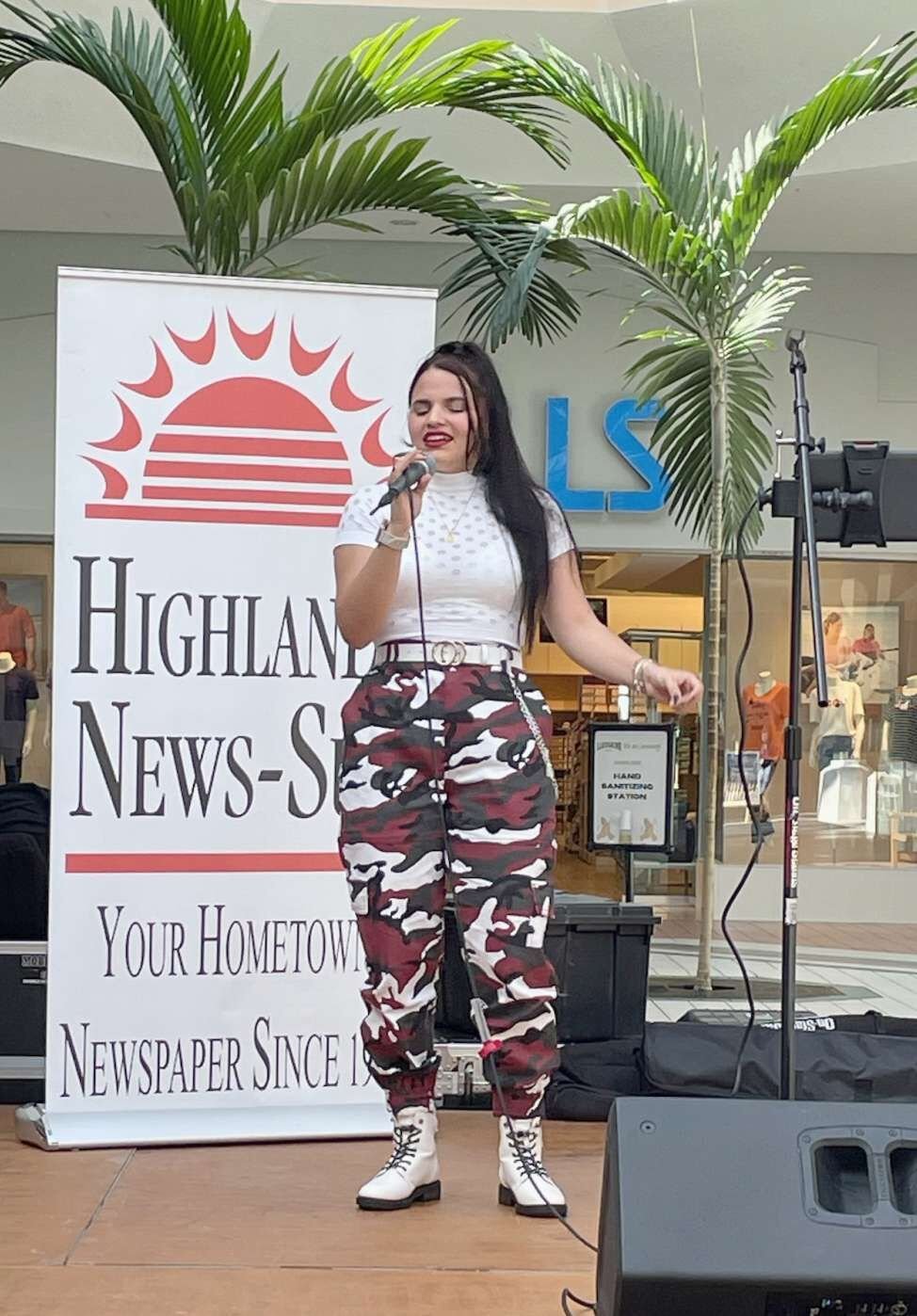 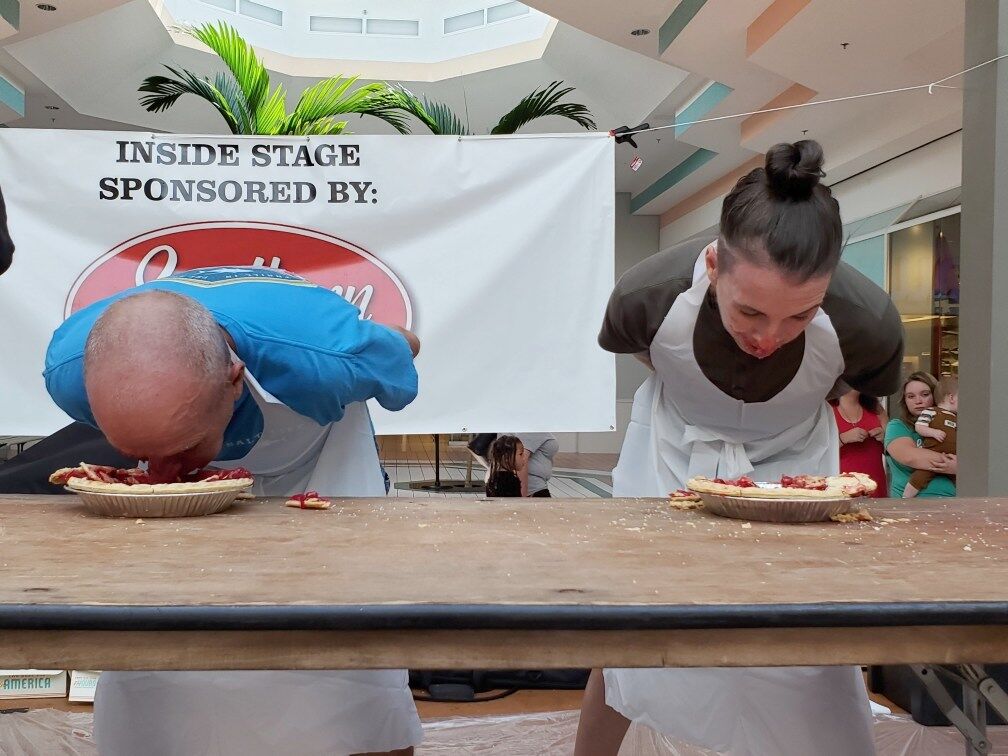 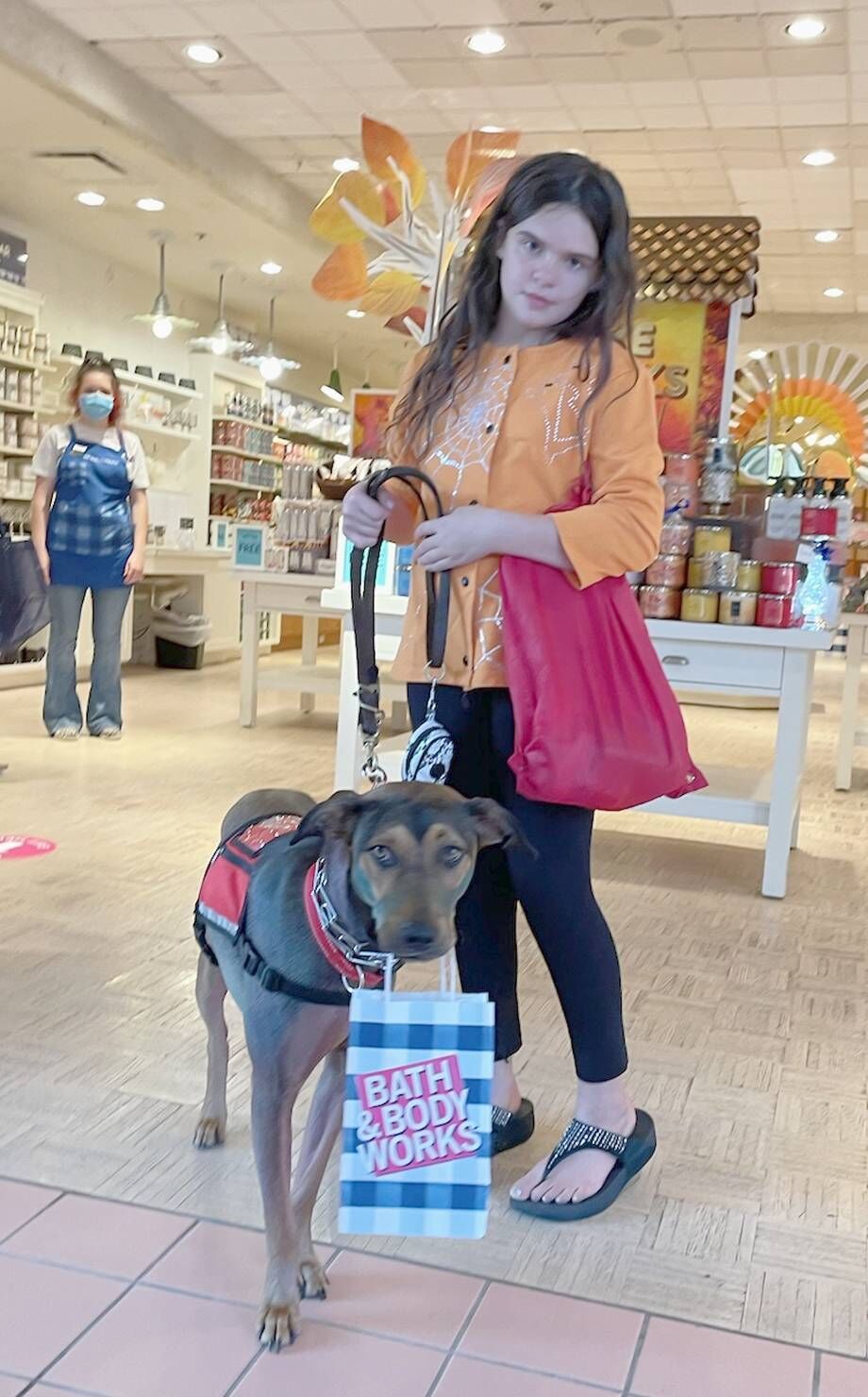 SEBRING — The Lakeshore Mall was filled with families having fun at the third annual Highlands News-Sun Heartland Family Fall Festival on Saturday. The event was especially welcome because it was cancelled last year due to COVID-19.

Little superheroes and princesses, adorable witches and clowns were dressed for tricks and treats. Many youngsters competed for prizes in the costume contest in the afternoon.

The Kid’s Zone was a hot spot for games, face painting and popcorn. Home Depot provided orange aprons and wooden toy kits the youngsters put together.

Janeiry Lugo tried to sit still as Erin Leone painted her face with pink paint, but she was clearly anxious to see her butterfly. Her little brother watched on fascinated.

“We just wanted to be a part of this,” Lugo’s mom said. “We haven’t done much since the pandemic.”

Even Eli got his face painted too. That wouldn’t be unusual except Eli is a service dog to his owner and trainer Chaselynn Jane McCall-Chandler.

A fall-themed photo op was set up at the Pumpkin Patch, along with the opportunity to pick out a pumpkin. All donations from the Pumpkin Patch went to the Children’s Museum of the Highlands. The extra pumpkins will be taken to the museum and sold this week.

Sharing a space with the Pumpkin Patch was the Haunted House. Brave children walked to its darkened entrance where most entered but some turned away, already scared of the darkness beyond. “Zombie” actors were waiting inside for an extra fright. Any donations at the Haunted House benefited the Big Brothers/Big Sisters of Highlands County.

“Most of the children who have entered, have come back out,” Kelly Dressel of the Children’s Museum joked. “We haven’t lost anyone yet, but the day is still young.”

A free bingo game had its own spot and was soon filled with adults armed with daubers.

Local talent took to both the inside and outside stages provided free entertainment all day. The entertainment ran the gamut and included a Highlands County Sheriff’s Office K-9 and their handlers. Hard Candy, Raisin’ Cain, Moriah Ruth, Ashdon Dennison, Erica White and Rahell Quintana Paceres provided music from rock to a Latin beat to keep the toes tapping and hands clapping.

The messiest but tastiest event was the pie eating contest. Separated into age groups, contestants dove into pies headfirst without the use of their hands. Elsa Mansou won the under 9 age group, Cadence Wicker won the over 9 age group and Scott DaSilva won the adult division, beating out his daughter Tayla.

An old-fashioned hay ride took guests around the mall’s parking lot and brought back nostalgic memories for some while creating new ones for others.