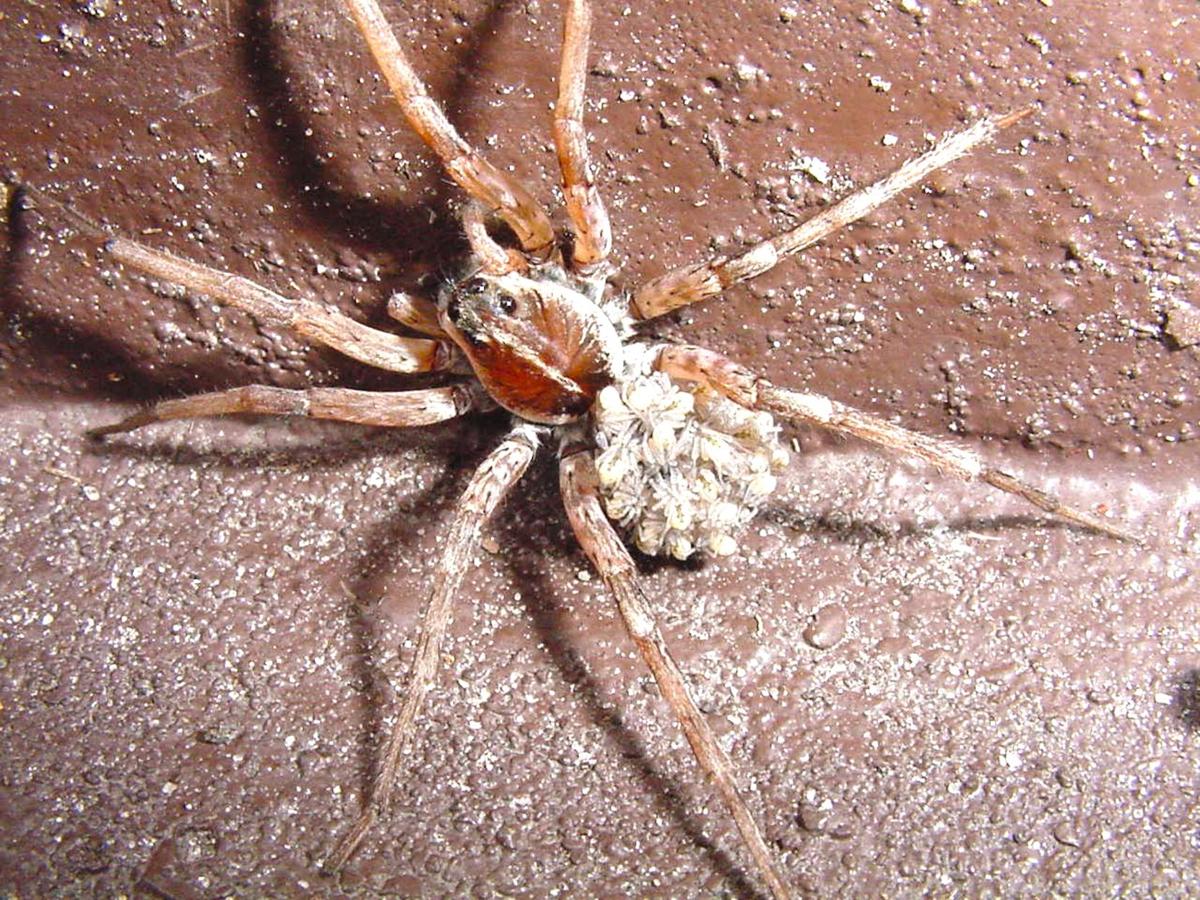 Spiderlings hatch, then climb onto the mother for protection during their first days. 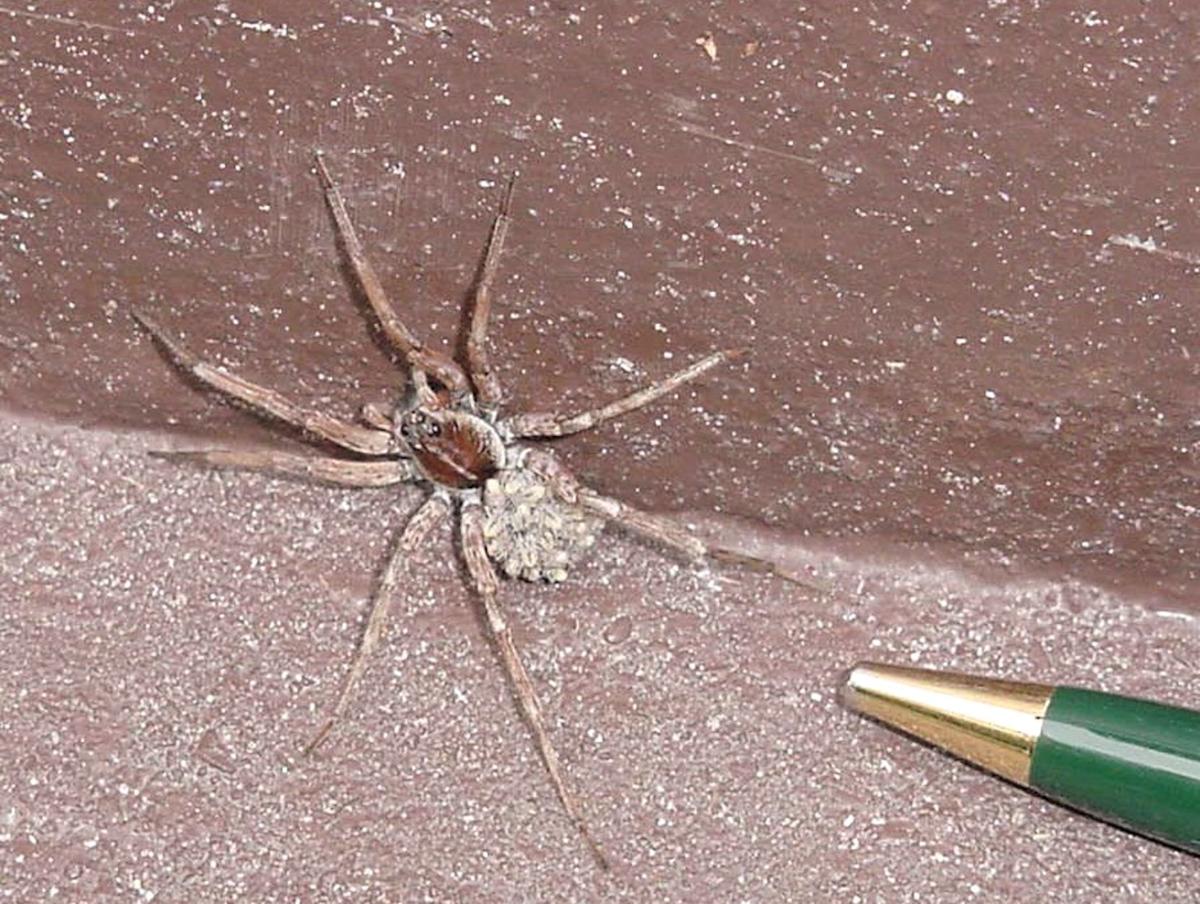 Large in size and hairy, the wolf spider is a ground-dwelling arachnid that hunts for prey. 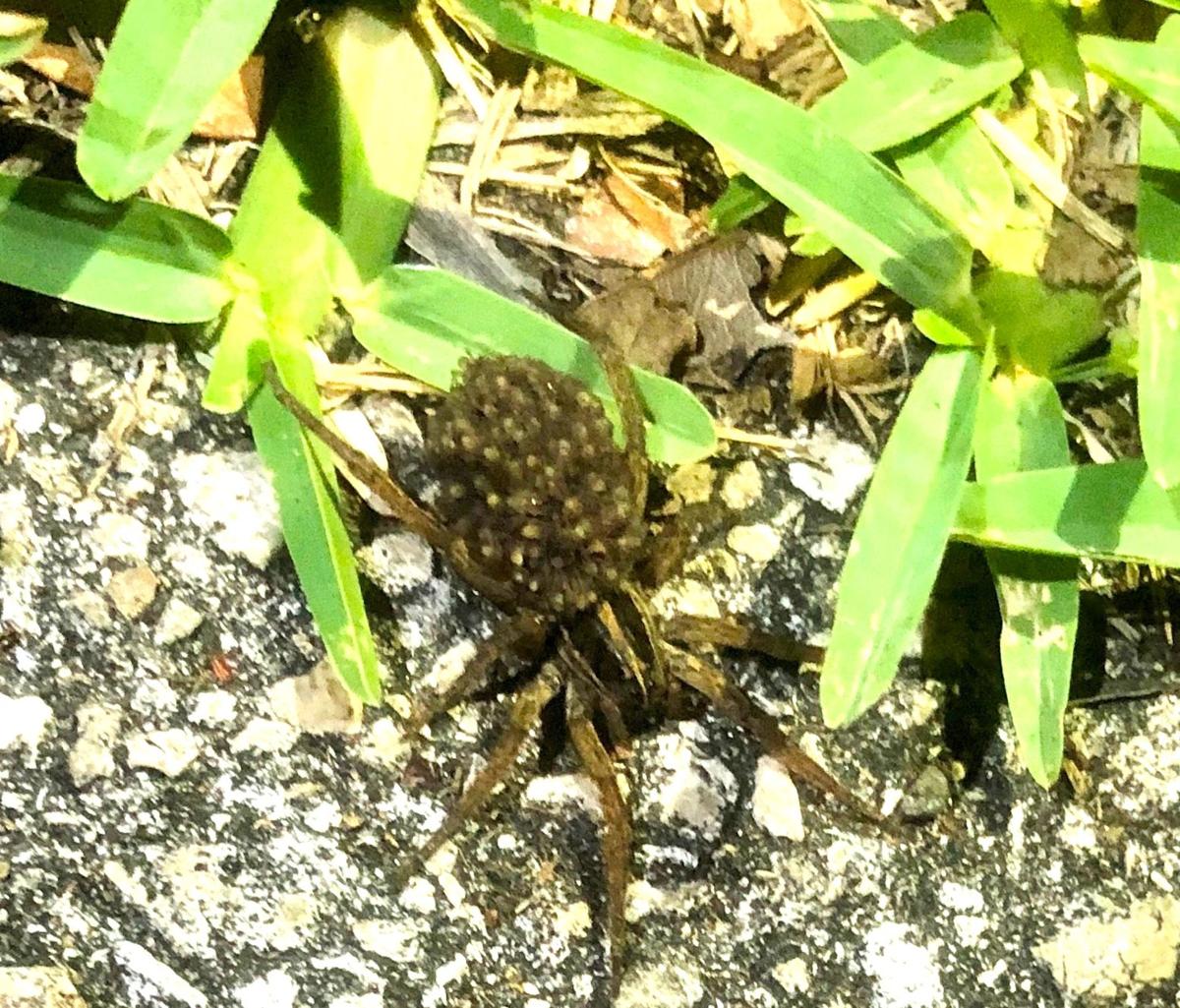 Wolf spiders boast many colors and hues according to the habitat they live within.

Spiderlings hatch, then climb onto the mother for protection during their first days.

Large in size and hairy, the wolf spider is a ground-dwelling arachnid that hunts for prey.

Wolf spiders boast many colors and hues according to the habitat they live within.

If you’re now in the stay-at-home routine with multiple children underfoot, you probably wish you had eyes in the back of your head to keep track of everyone. For the momma wolf spider, all eyes are in front just like yours, but she does have eight of them.

Wolf spiders are named for their lightning-fast, deadly attacks on small insect prey. These large brown-striped spiders boast thick hairy legs that may cause your heart to flip flop, but it isn’t just about looking good. The hairs allow this huntress to pick up vibrations from prey skittering past. Palpi, like another set of tiny, nimble legs near the spider’s chelicerae or jaws, help manipulate prey to impressive fangs. These fangs can pierce the skin so it’s best not to handle what would likely be an unhappy arachnid. Bites may also cause swelling and redness or allergic reactions in some sensitive individuals.

As ground-dwelling, mostly nocturnal spiders, the wolf does not spin an orb web. Many species live within burrows that are finished off at the entrance by webbing mixed with debris, dirt or sand. The spider will immediately retreat into the burrow if threatened, but most are familiar with seeing these large spiders zipping around yards, over sidewalks or decking.

A closer look might reveal a female carrying a flat, circular disc. Paperlike in appearance, this is an egg sac constructed by the female spider of silk from her spinnerets. Tough enough to withstand the abuse of the momma popping across lawns and bumbling through leaf litter, think of it as a baby carrier for spiderlings.

Young spiders hatch and then hang out inside this sac for about a week. When the female spider senses movement inside the silken disc, she uses her fangs to tear it open. Spiderlings emerge and climb aboard the mother’s back. Attached to specialized hairs, they ride around for several days under her protection. Whether they complain of being bored during this time, I cannot say. Once the yolk stored within the spiderlings’ bodies is used up, they disperse on their own to lead solitary lives.

Of the nearly 1,000 species of spiders found in Florida, just this one species boasts numerous colorations and differences in size, often related to the habitat in which it lives. Those found in coastal regions are white or sand hued while those living within hammocks sport darker colors and markings.

You can shine for spider eyes after dark by taking a small flashlight and holding it at eye level as you scan grassy areas or patches of leaf litter. Spider eyes will light up and you can follow the beam to identify the spider.