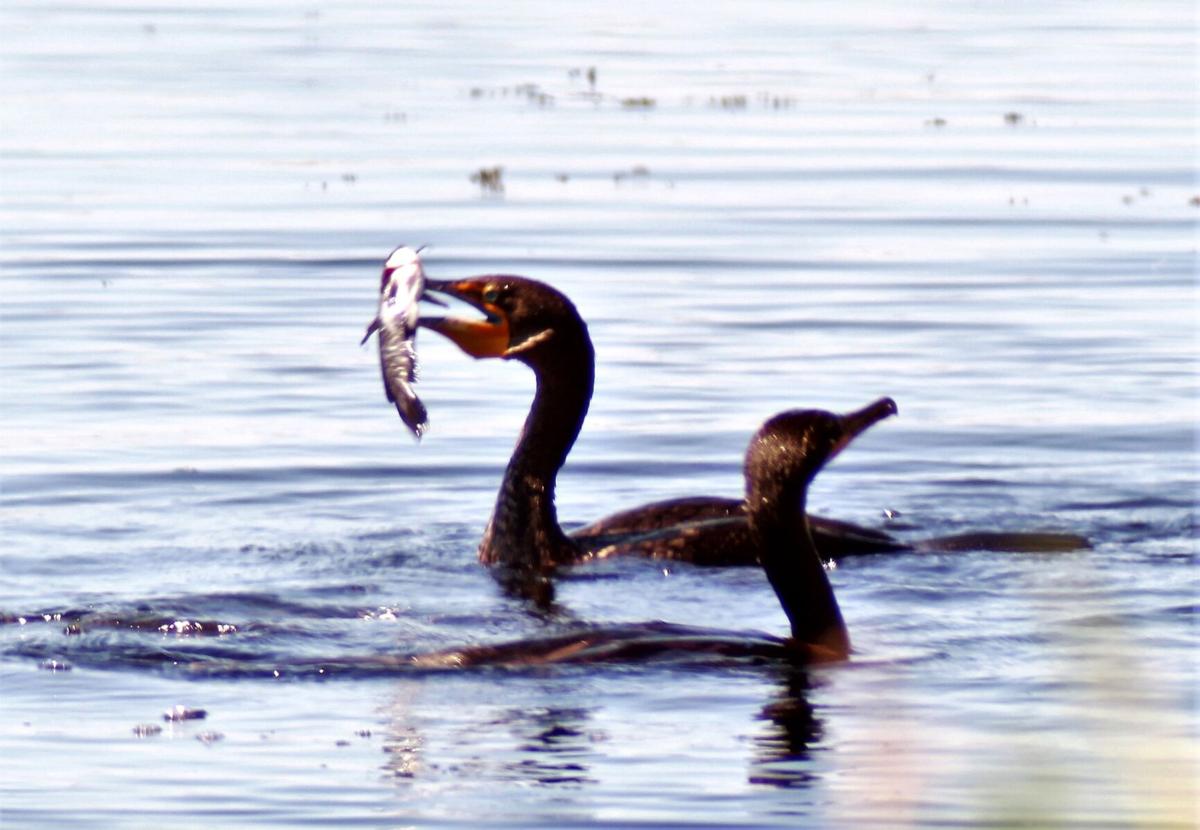 Notice how the hooked tip of the cormorant’s bill is used to spear and hold slippery fish. 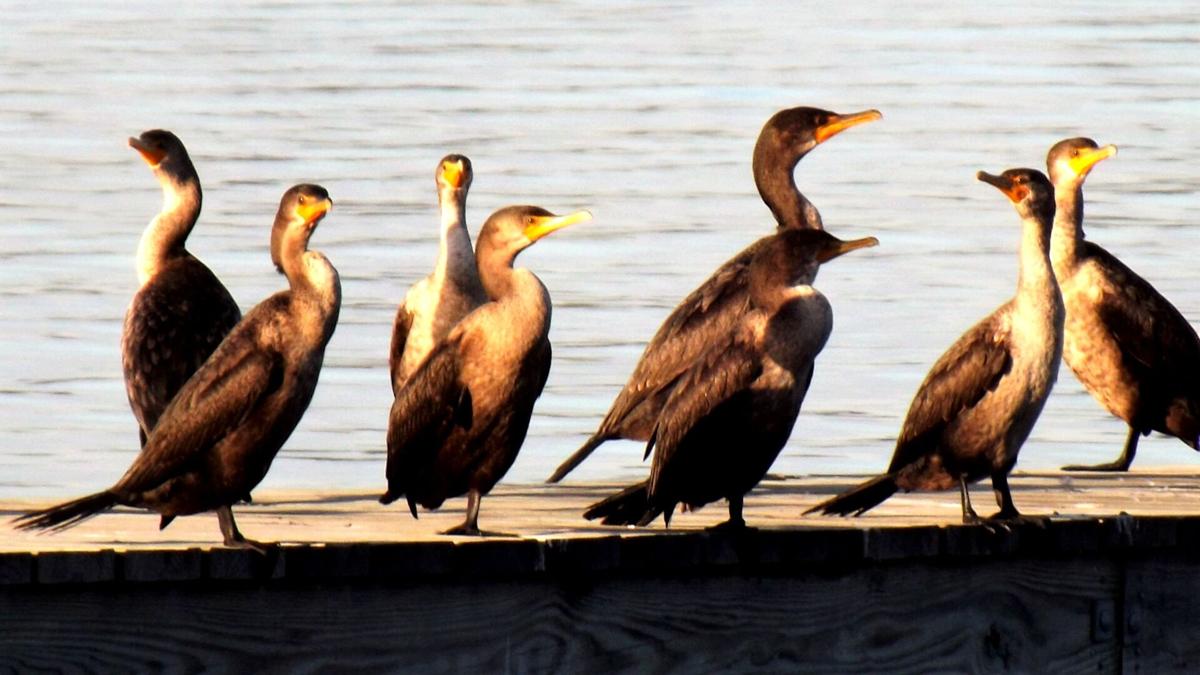 This grouping of juvenile cormorants easily shows how their feathers are a brownish color rather than full black of the adults. 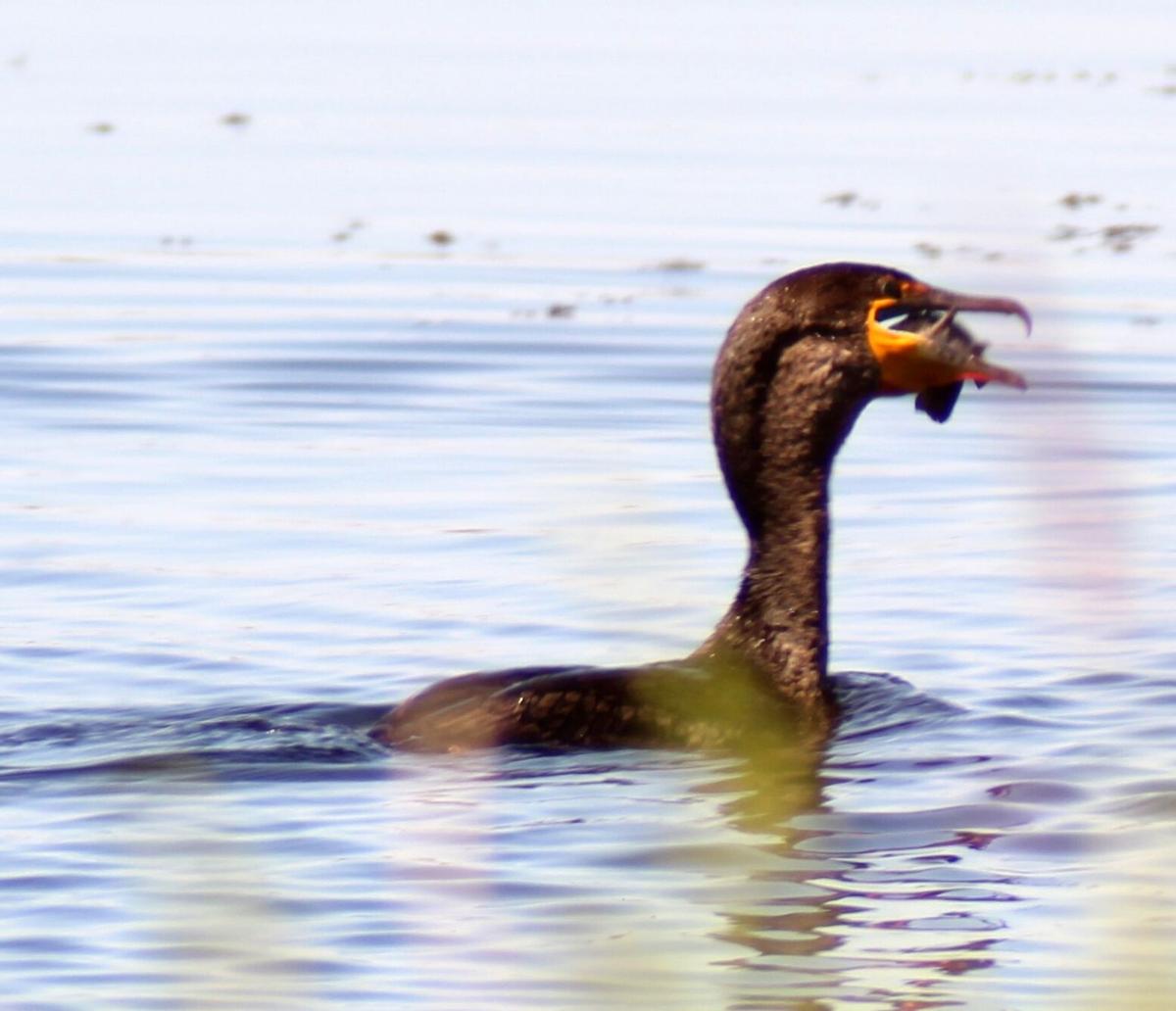 The hooked mandible and bright orange facial skin of the cormorant can help you identify it. 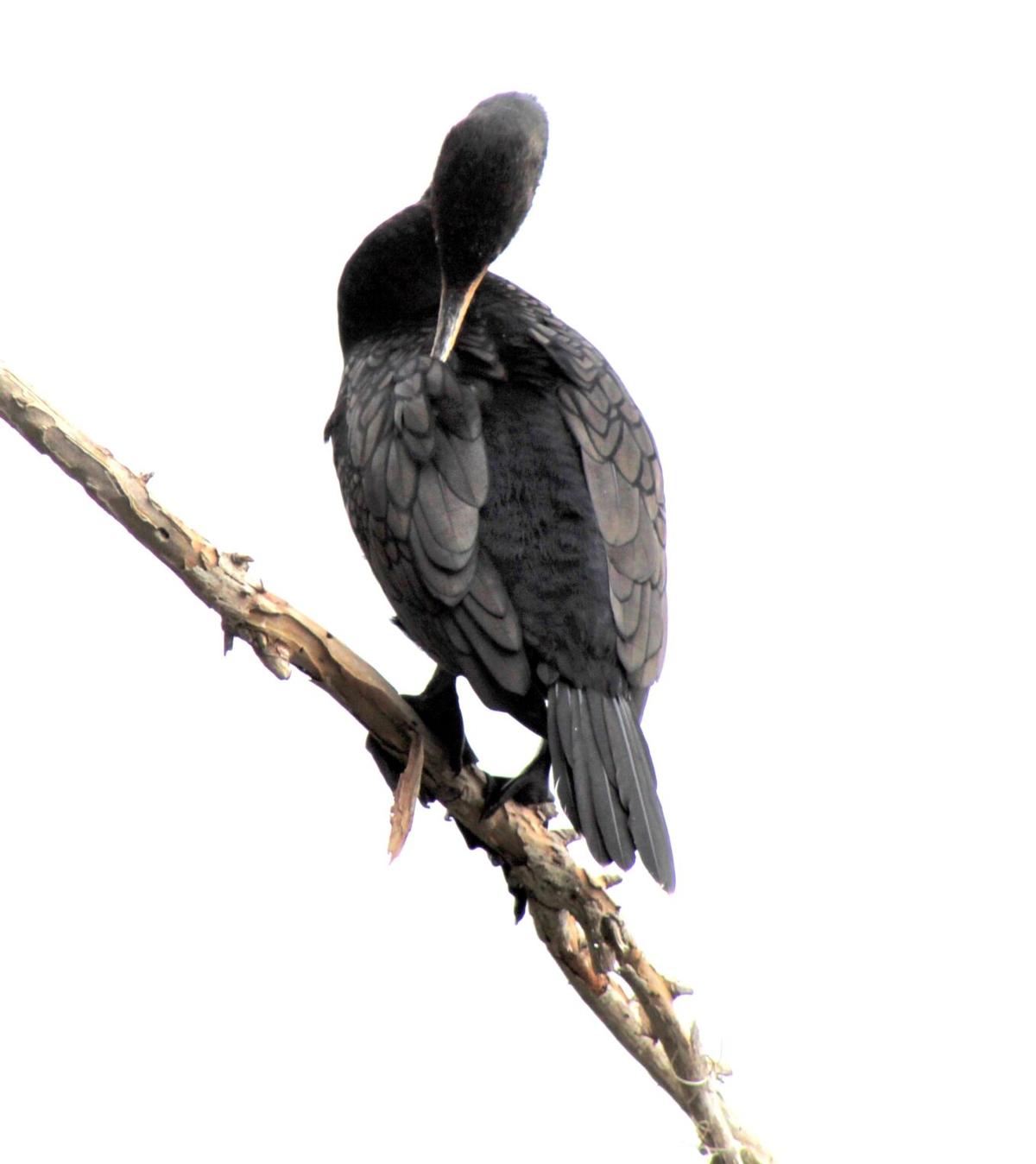 Notice how the hooked tip of the cormorant’s bill is used to spear and hold slippery fish.

This grouping of juvenile cormorants easily shows how their feathers are a brownish color rather than full black of the adults.

The hooked mandible and bright orange facial skin of the cormorant can help you identify it.

Driving along Lake Jackson late one afternoon, I saw them. Juvenile Double-crested Cormorants lined a dock in a loose gathering, some preening in the sunlight. Delighted to have the chance to take a few photos, though I scanned the area for the sooty, all black feathered adults, none were seen.

Cormorants are relatives of the impressive frigatebirds and well adapted to the water. Quite gangly on land, their floppy, webbed feet result in a wobbling gait or sloppy landing from the air. Too much foot for over land travel, these expansive flappers provide sinuous agility and diving prowess in the water.

The “double crest” refers to facial tufts-fluffy curls of feathers-on either side of the head of adult birds during breeding season. During breeding season their eyelids are also blue in color. These field marks can be difficult to notice, but you’ll easily see the bright orange facial and throat skin along with stunning blue eyes that sparkle like gemstones. Blue also lines the interior of their mouths and appears to be a means of communication as they often greet each other by opening their bills and exposing the blue lining.

Their sturdy upper bill or mandible ends in a hooked tip. Used to capture slippery fish, this comprises nearly their entire diet apart from crustaceans and amphibians from time to time. About the size of a small goose, they can be found around freshwater lakes and all saltwater regions throughout the United States. In Florida, they are year-round residents and easily seen. Like our anhinga’s, cormorants also lack the abundant oils to waterproof its feathers and often sits with wings outspread to dry in the sun. An easy way to tell these two apart is to observe the bill. Anhinga’s have straight pointed, spear like bills whereas the cormorant’s ends in that sharp hook.

Diving under the surface to capture fish, cormorants often sit low in the water and quickly dive and emerge, sometimes fishing near each other. They are also communal nesters, meaning that they will build their messy sticks nests in a grouping with others of their species. This bird will pick up debris and bits of discarded trash to include in their nest building, which can be problematic if fishnets, rope, or twine tangle up the young.

Watch for them drying out or preening after feeding on power lines, railings or trees near water bodies. If in the water, observe how they will circle about as they corral fish to capture or swim nearly submerged with just their crooked neck and head visible above the surface.