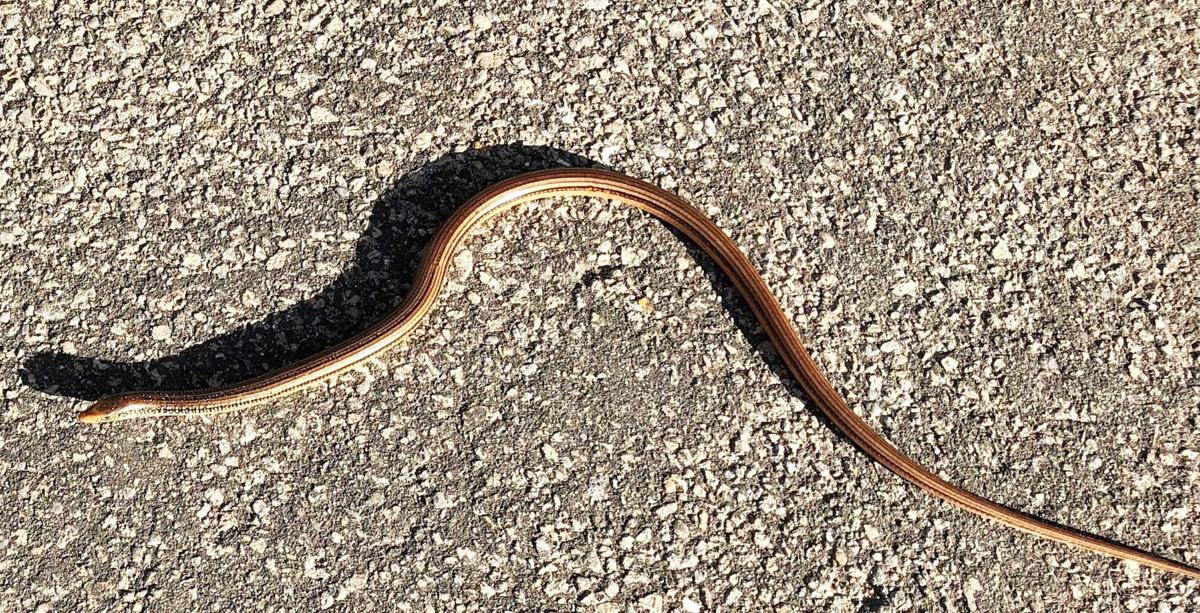 At first glance, you may think a glass lizard is a snake due to its long slender, legless body. 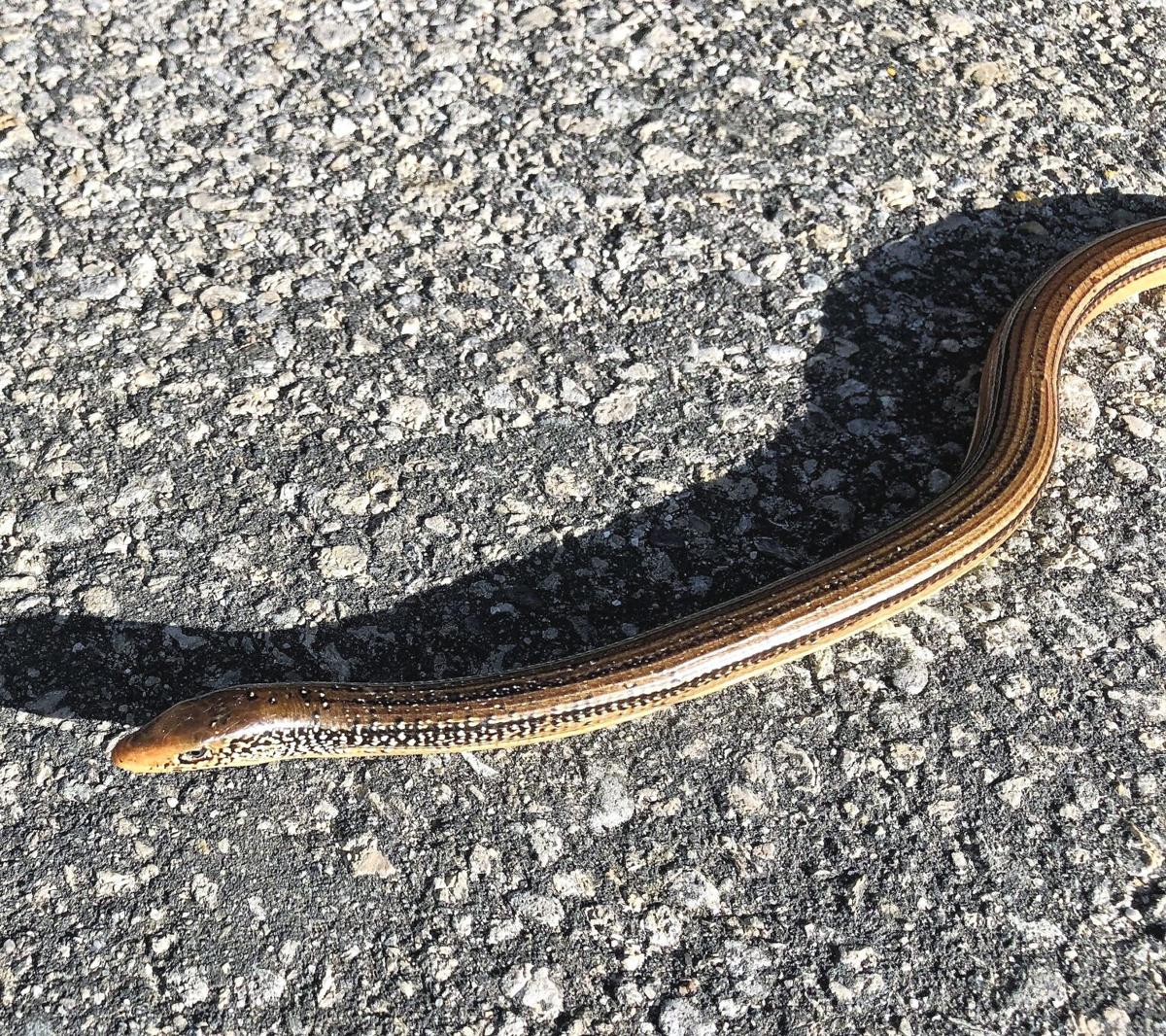 This eastern slender glass lizard can be identified by the spotting and stripes on its body. 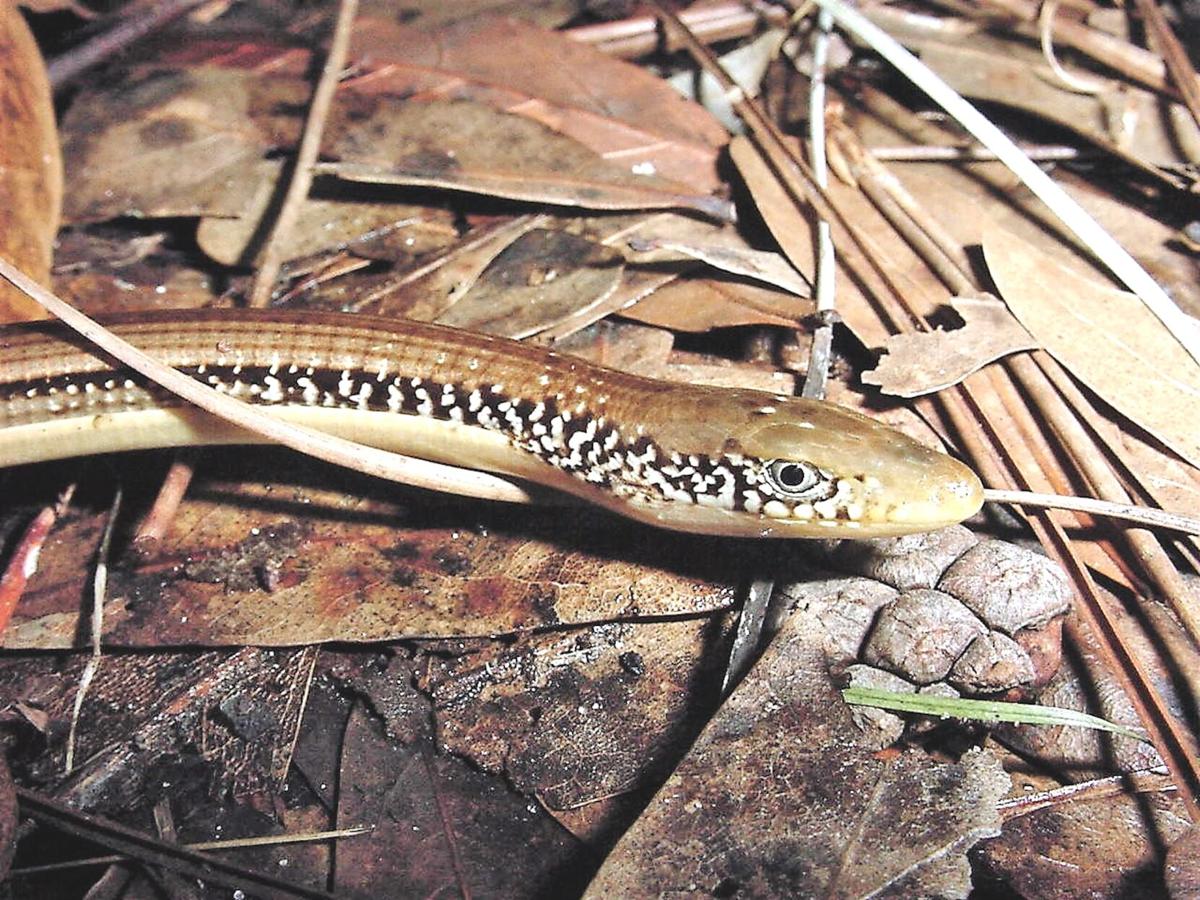 The large, round eye and eyelid can be easily seen on this eastern glass lizard.

At first glance, you may think a glass lizard is a snake due to its long slender, legless body.

This eastern slender glass lizard can be identified by the spotting and stripes on its body.

The large, round eye and eyelid can be easily seen on this eastern glass lizard.

Upon first glance, you might think you have seen a slender snake but take a second look. Perhaps that shiny, glossy critter is one of Florida’s four species of glass lizards. Named for their slender, delicate tails which readily break off from its stiff, snake-like body, this is a legless lizard, not a snake.

Found throughout Florida mostly in grassy regions near sources of water to beach dunes and inland scrubs, glass lizards are remarkable creatures. With no legs to speak of, they really do look like a stiff, unbending snake. This reason for their rigid appearance is that each scale making up their smooth, glassy covering is reinforced by tiny bones known as osteoderms. Think of it as though they are covered in armor plating. Tough, but unyielding, this hard covering is interrupted by a lateral groove- a stripe of softer, more flexible scales running the length of their bodies-which allows them to move. If viewed closely, it will appear as a slight dent in that glass-like exterior.

If you pick up a glass lizard, be prepared for the squirming. Commonly known by the moniker “glass snake,” the long, thin tail of this lizard snaps off or shatters as though it is made of glass. A defense mechanism, the tail does regrow and sometimes is quite obvious as it will have a different color than the rest of the body.

Reaching around three foot in length, they are about as wide around as a marker. They are active during daylight hours, increasing your chances of coming across one. Good places to watch for them include overgrown grassy areas near water bodies or open areas where insects like grasshoppers and crickets congregate. Spiders are another favorite of this slippery reptile and early mornings find them slipping through vegetation in search of a meal.

If you are fortunate enough to observe one, watch for the blink. Unlike a snake, these lizards do have eyelids and visible earholes, though the external ear openings are difficult to see from a distance. Egg layers, the female will brood or protect her clutch of eggs until they hatch. Glass lizards’ mate in the spring and eggs are laid in late spring or early summer undercover in sandy soils. The female will brood or protect the eggs until they hatch. Upon hatching the young are immediately on their own.

You may have heard that a “glass snake” will break apart if handled and the pieces rejoin and grow back together. That myth likely got its start due to the tails of these legless lizards “shattering” as a defense mechanism, only to regrow over time.