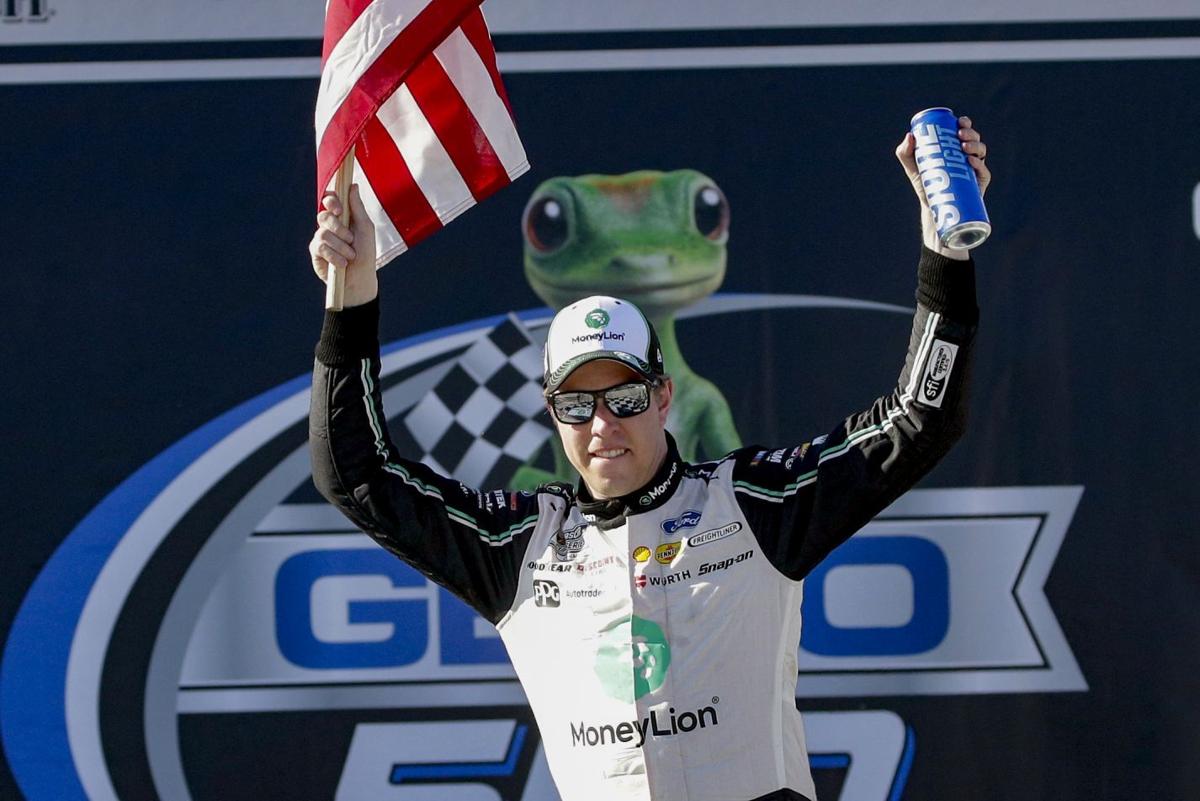 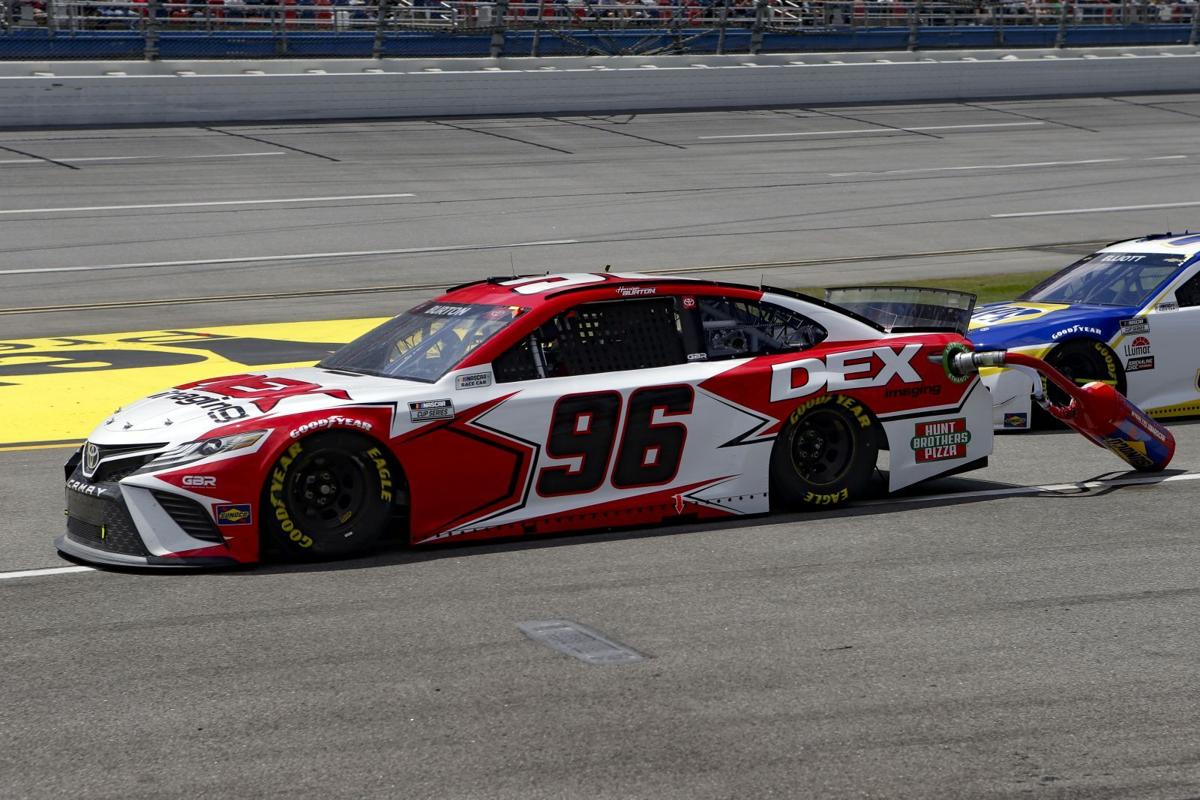 NASCAR driver Harrison Burton drives away with his gas can still attached after a pit stop during the Geico 500 NASCAR Sprint Cup auto race at Talladega Superspeedway Sunday, April 25, 2021 in Talladega, Ala.

NASCAR driver Harrison Burton drives away with his gas can still attached after a pit stop during the Geico 500 NASCAR Sprint Cup auto race at Talladega Superspeedway Sunday, April 25, 2021 in Talladega, Ala.

Keselowski’s overtime victory made him the ninth driver to win through 10 NASCAR Cup races this season and avenged an embarrassing Team Penske gaffe in the season-opening Daytona 500. He and teammate Joey Logano triggered a last-lap crash as Keselowski tried to pass Logano for the victory.

“Daytona, that’s a big one. Oh man, it stings still,” Keselowski said. “But this is a good one. We’ll take it. Beggars can’t be choosers. I certainly learned some lessons from that race and I tried to apply them, and it all came together there at the end.

“Michael McDowell gave me a good push like he did at Daytona, and I was a little bit smarter with how I handled it.”

Keselowski led just one lap, the last one, in a race that featured 35 lead changes among 27 drivers.

“The whole race I had a couple opportunities to take the lead, but I just kept thinking, ‘Man, keep your car in one piece,’” Keselowski said.

Logano was involved in an airborne wreck and called on NASCAR to change the dangerous racing conditions at Daytona and Talladega.

“On one hand, I am mad about being in the crash and on the other, I am happy to be alive,” Logano said. “On another hand, I am wondering when we are going to stop because this is dangerous doing what we are doing. I got a roll bar in my head. That is not OK.

“I am one hit away from the same situation Ryan Newman just went through. I just don’t feel like that is acceptable.”

Newman escaped serious injury racing for the win on the final lap of the 2020 Daytona 500.

The victory, Keselowski’s sixth at Talladega, came after team owner Roger Penske pulled the three Team Penske drivers and affiliate Matt DiBenedetto onto a call this week to discuss his expectations on how they should race Sunday. Penske refused to accept another Daytona disaster when Logano or Keselowski should have won the race but instead of working together the two triggered a fiery crash that also collected a third Penske car.

All three Penske drivers have now claimed spots in the 16-driver playoff field.

“I felt like I was in a good spot again working with Brad and drug back off of him coming off of Turn 4,” McDowell said. “I thought I would have the run but just didn’t suck him down enough.”

DiBenedetto, who led 28 laps, finished fifth but gave away the win with a late lane change that allowed Keselowski to surge to the front.

Kaz Grala finished a career-best sixth and was followed by Tyler Reddick and Austin Dillon in a trio of Chevrolets.

Keselowski tied Dale Earnhardt Jr. and Jeff Gordon with six wins each at Talladega. But it was his first since the fall race in 2017.

“I would have never dreamed I’d tie Jeff Gordon and Dale Earnhardt Jr. here,” Keselowski said. “That’s something. Those guys are really legends.”

Had she been cleared to compete, Cobb would have been the first female to race at NASCAR’s top level since Danica Patrick in 2018.

NASCAR President Steve Phelps said before the race the competition department decided Cobb “did not have the experience necessary in order to run in the Cup race.”

Cobb has 217 career starts in the Truck Series and 31 in the Xfinity Series. She has one career top-10 finish.

The series heads to Kansas Speedway, where Denny Hamlin has won the last two races.